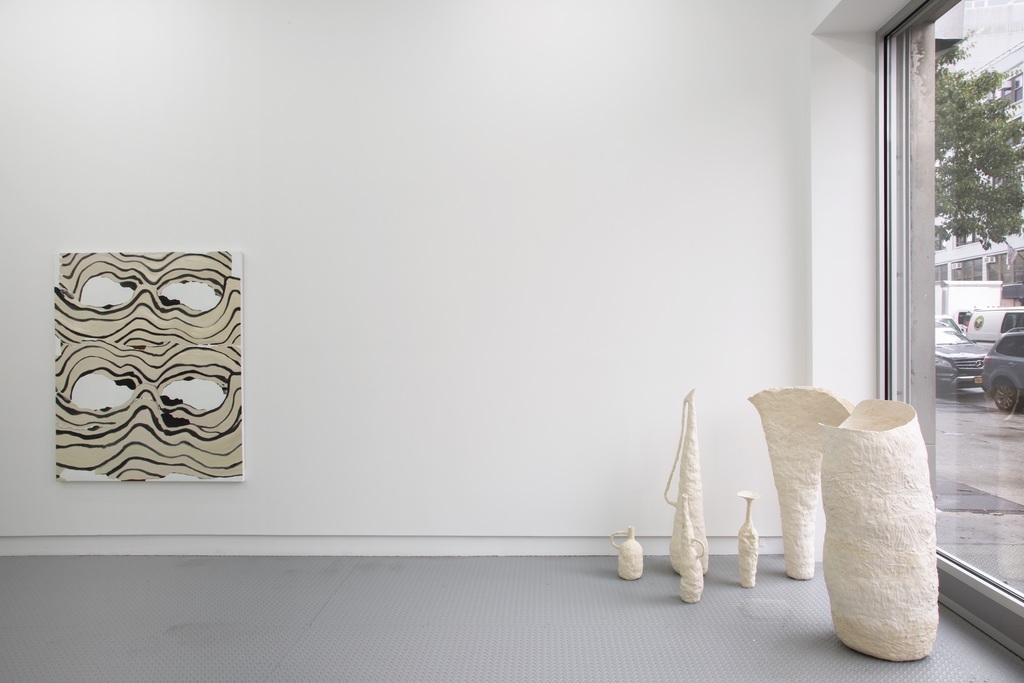 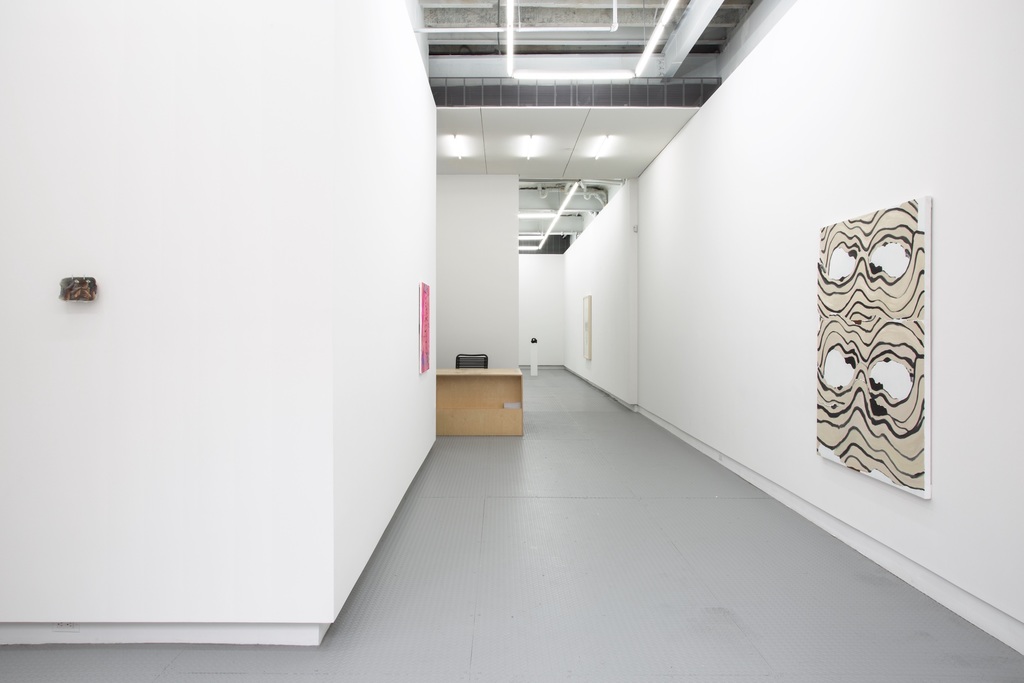 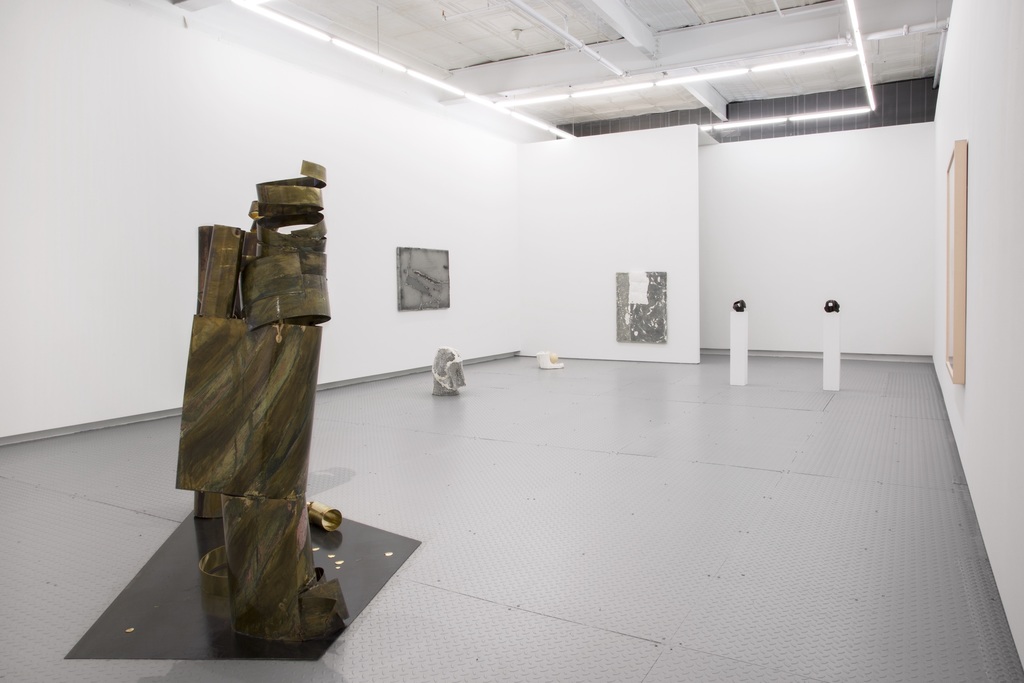 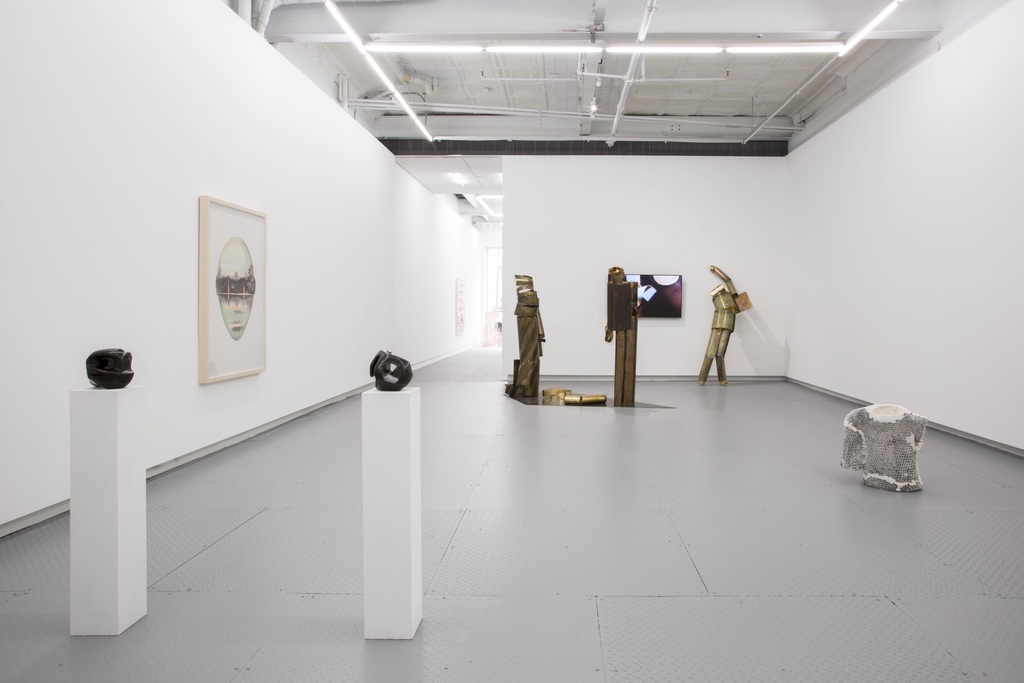 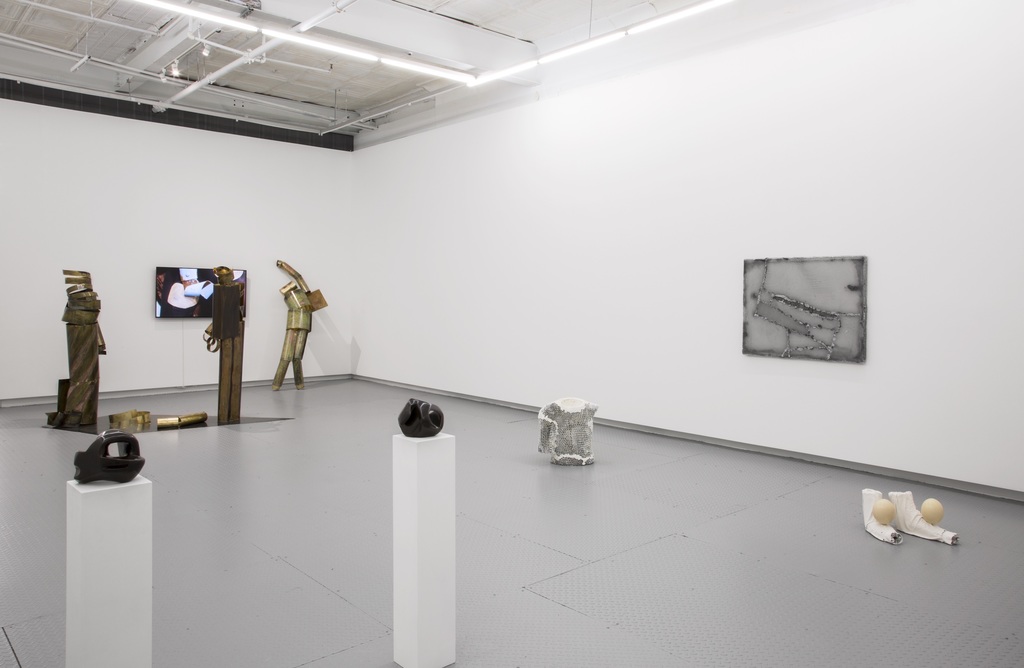 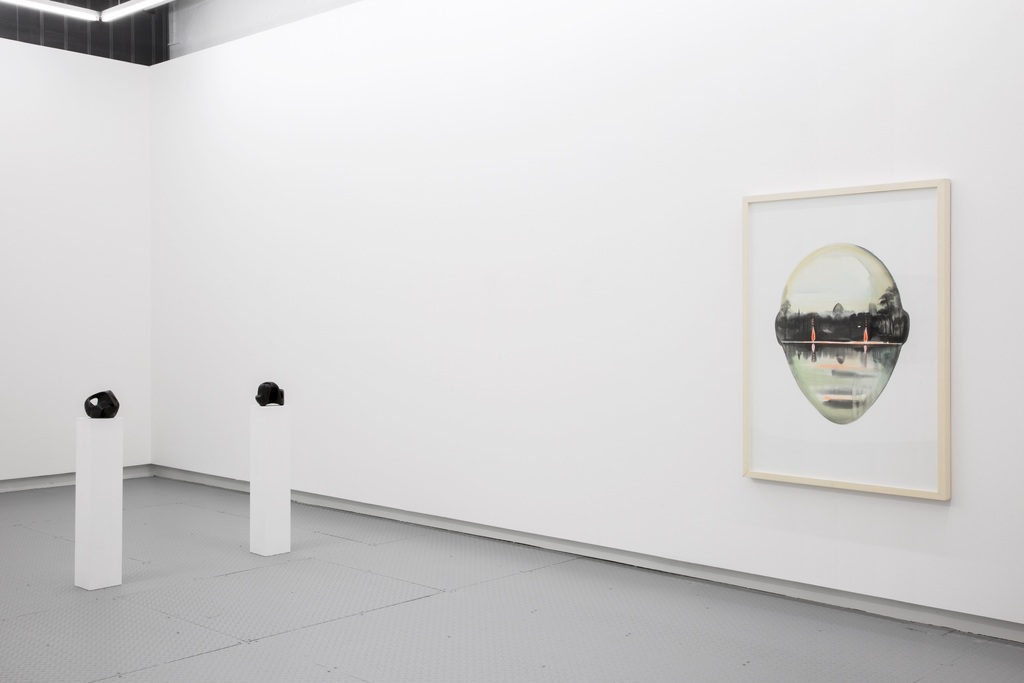 Sticky Fingers brings together eight international artists whose practices span sculpture, painting, film, and installation, and whose works evoke the fragile tangibility of the human body, intertwining materiality with theatrical playfulness. Challenging the viewer’s relationship to their own physicality, these artists ultimately disclose the vast disconnectedness and loneliness of modern existence.

Caroline Mesquita’s sculptural and metallurgic experiments, made from rolled sheet metal, result in life-size figures interacting in a mise-en-scène. For the exhibition, Mesquita has produced a series of three oxidized brass characters who square off with one another and the viewer, their presence ultimately blurring the line between fiction and reality, humans and mannequins. In her video The Ballad, the artist appears alongside her sculptures, pushing and reinventing ways of living together through a deliciously perverse carnival. Through a similarly mischievous sculptural approach, An Te Liu’s bronze and ceramic pieces, carved and casted from Styrofoam packaging and domestic artifacts, activate a theater for the inanimate, replacing actors and the stage for objects and an archeological museum. Into the void is made up of a pair of two elegant hunks of bronze, recalling modernist abstractions of human skulls and intriguing with their apparent dissonant sensuality and morbidness.

Elaborating his practice around architectural, landscape-oriented installations and human-sized sculptural arrangements, Piotr Łakomy’s oeuvre conveys an apparent simplicity coalescing from formal choices, industrial material, and textiles. The ensemble of works presented here are inspired by disjointed parts of the human body—arms, legs, feet, and torso, or their armature, such as boots and coats made of aluminum honeycomb, insulation foam, and clothing. Inspired by feminist surrealism and ancient Greek sculpting techniques, Elizabeth Jaeger’s elegant body of work comprises figurative sculptures of female forms, truncated torsos, greyhound dogs, or more abstractly, empty furniture or vases. Her series of blonde pots outline raw cream clay pieces covered with imprints of the artist’s hand. They sit at a child’s size, provoking the effect of an overly touched and cared for subject, and thus of human presence. Exploring scenes of industrialization, and robotic technology as it interfaces with the natural world, Wanda Koop’s painting practice lays at the intersection of portraiture and landscape. Composed of large ink and acrylic works, Koop’s paintings present surreal, if not mystical, images. In View From Here, Koop points to a landscape transformed over time—a view of Winnipeg from the banks of the Assiniboine River—finally redefined as a headscape. The size of this work itself mysteriously interacts with the viewers’ physicality, building a connection between our bodies and the skylines that surround them.

Elizabeth McIntosh’s recent paintings are striking in their modernist approach to pattern and geometry, formal precision, with an extended palette of saturated colors evoking the likes of Matisse. Among the two paintings presented in the exhibition, Sleepy Eyes reveals the artist’s concerns with collage enmeshing with her technique of priming the canvas with a base coat of white gesso, before progressively filling it in with colored shapes. Thirteen, however, employs feminine, if not girly, use of color—soft flesh, coral pink, and fauve purple—as it is based on an image of her teenage daughter. Tropes of girlishness, a certain feminine mystique, and an impression of solitude also infuse the work of Louise Sartor, whose portraits of young women, loosely inspired by Instagram snapshots, conceal the faces of their subjects so that their identification becomes relegated to their clothes or gestures. Bolo—a French nickname for spaghetti bolognaise—is a gouache painting on egg-box depicting a blonde silhouette ingurgitating a mouthful of pasta with tomato sauce, a sensual gesture not deprived of wry humor and irony.

Finally, Meriem Bennani’s shape-shifting practice of films captured on her iPhone and presented in immersive environments, interlaces references to globalized popular culture with the vernacular and traditional representation of her native Morocco. Composed on the edge of the misappropriation of clichés of Middle-Eastern culture, her site-specific installation Ghariba stages four video portraits depicting women from her family. In Arabic, Ghariba means “stranger” in its feminine form, and Bennani seems to reflect on identity and gender through the vantage of the foreigner, outsider, or alien in a country and society not their own, all the while furthering the notion of strangeness within the Self.1