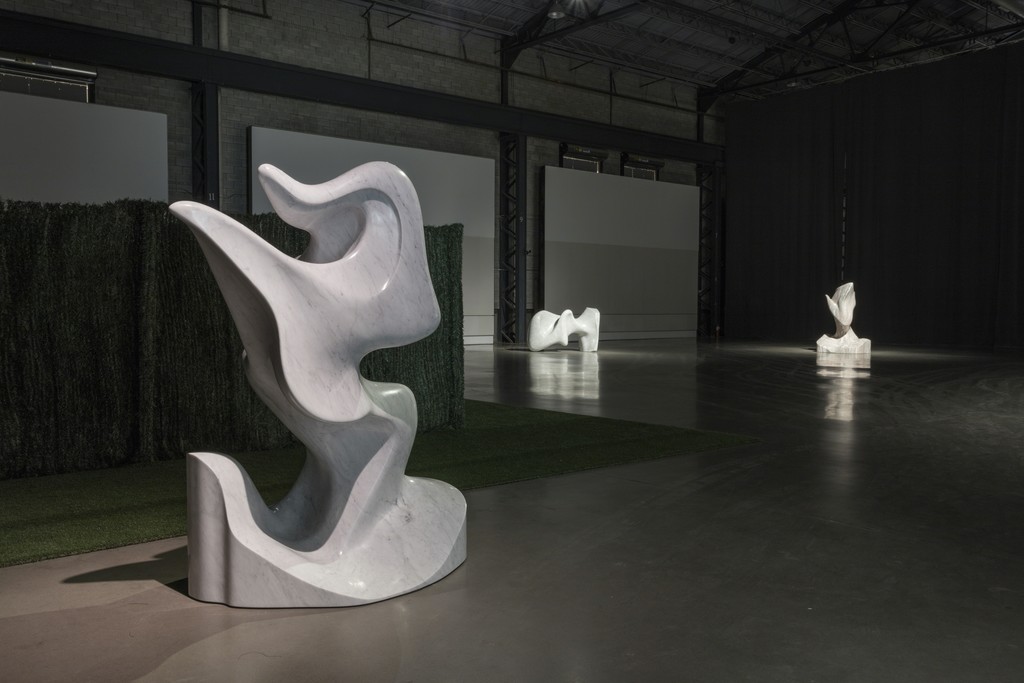 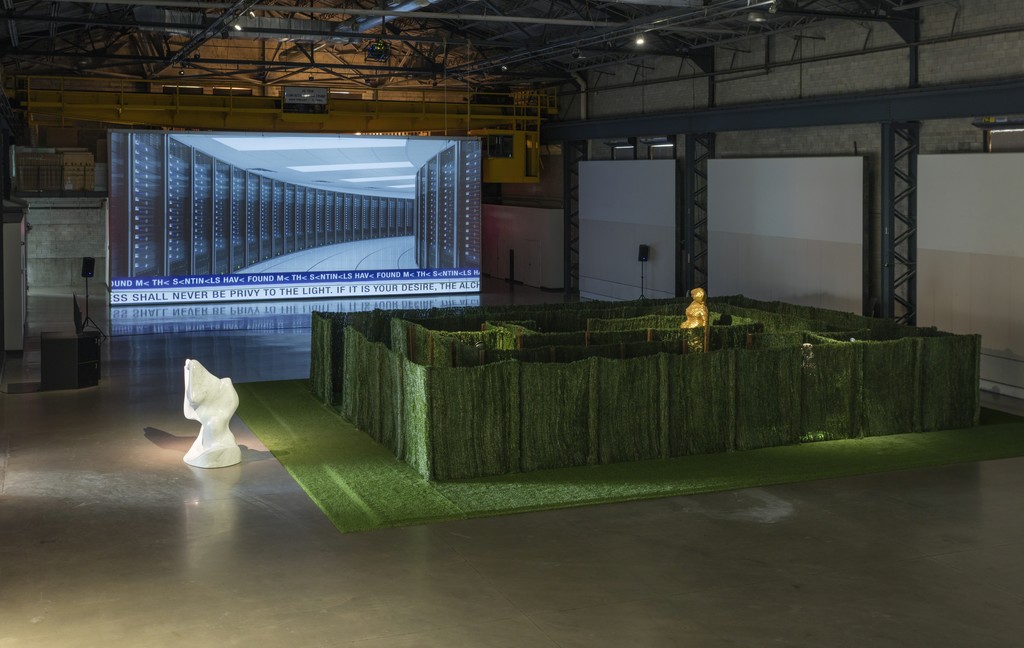 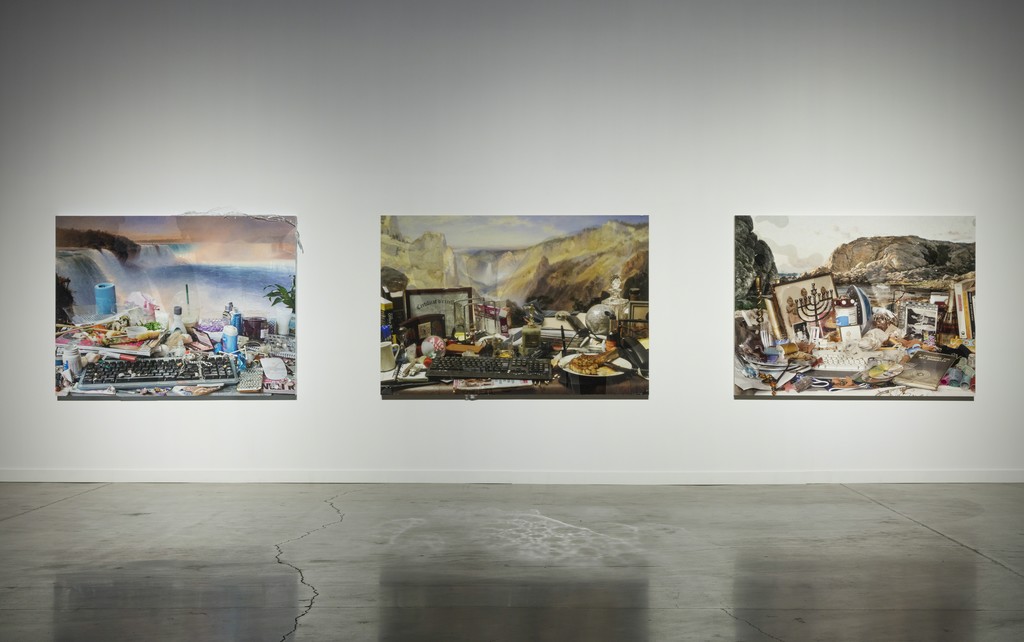 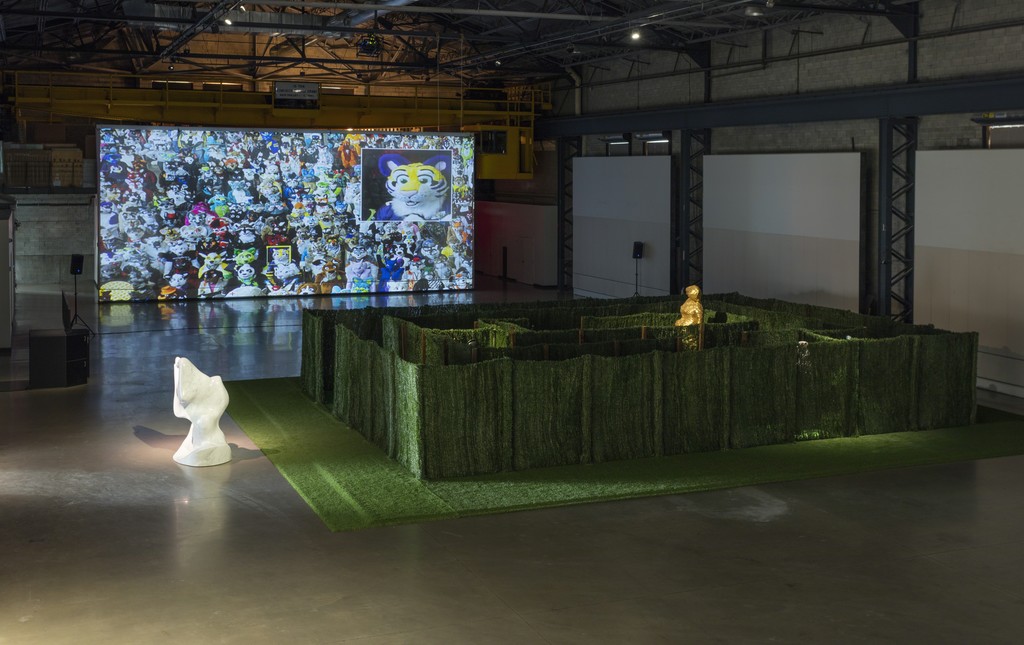 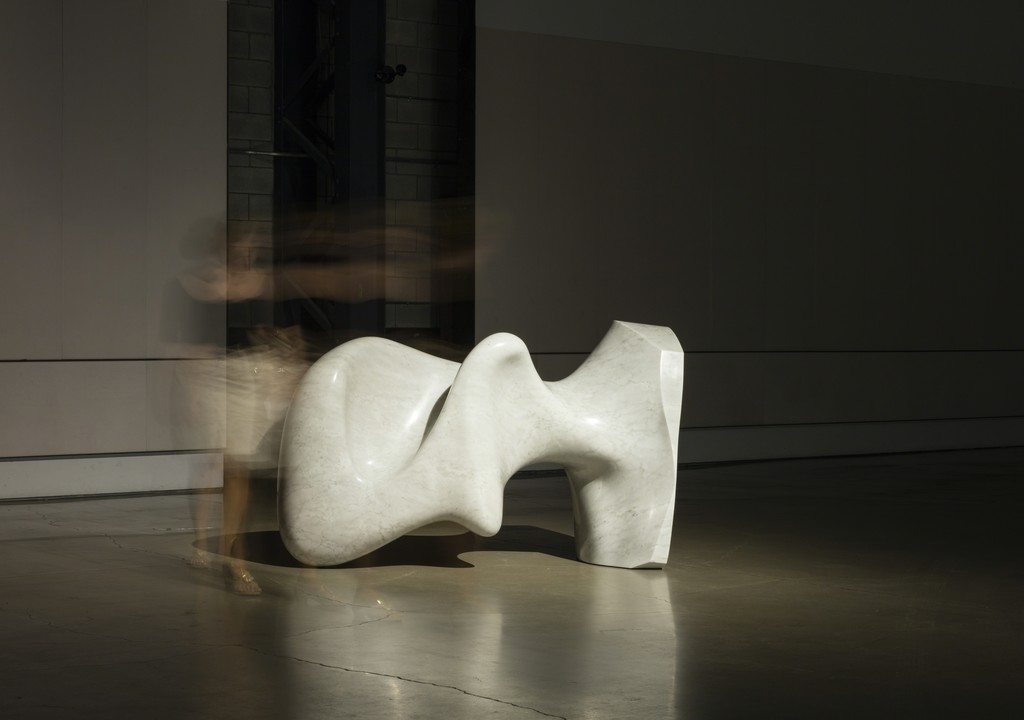 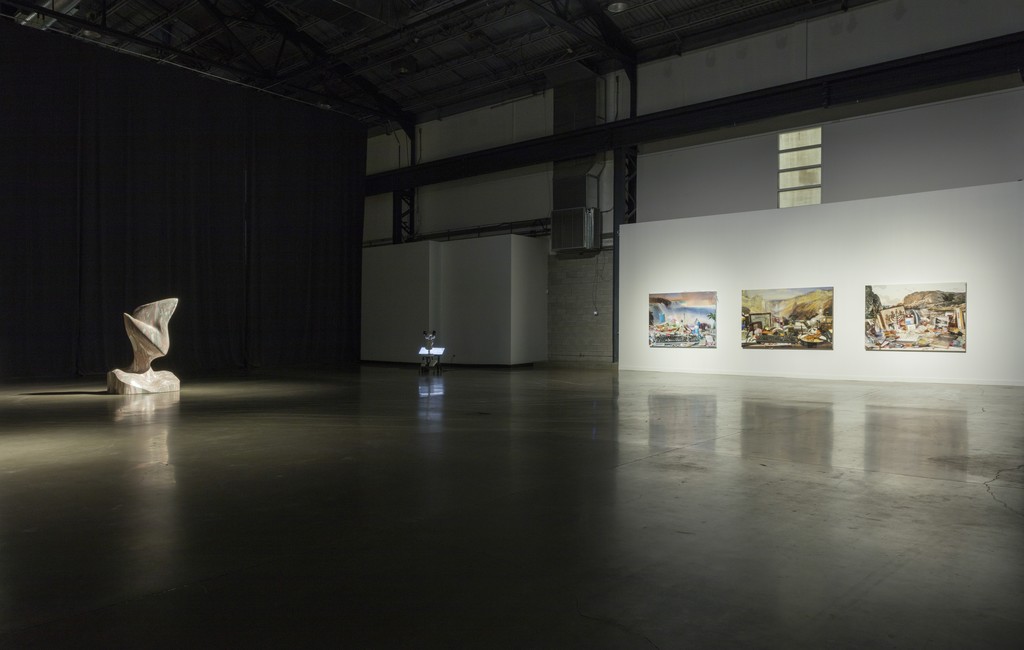 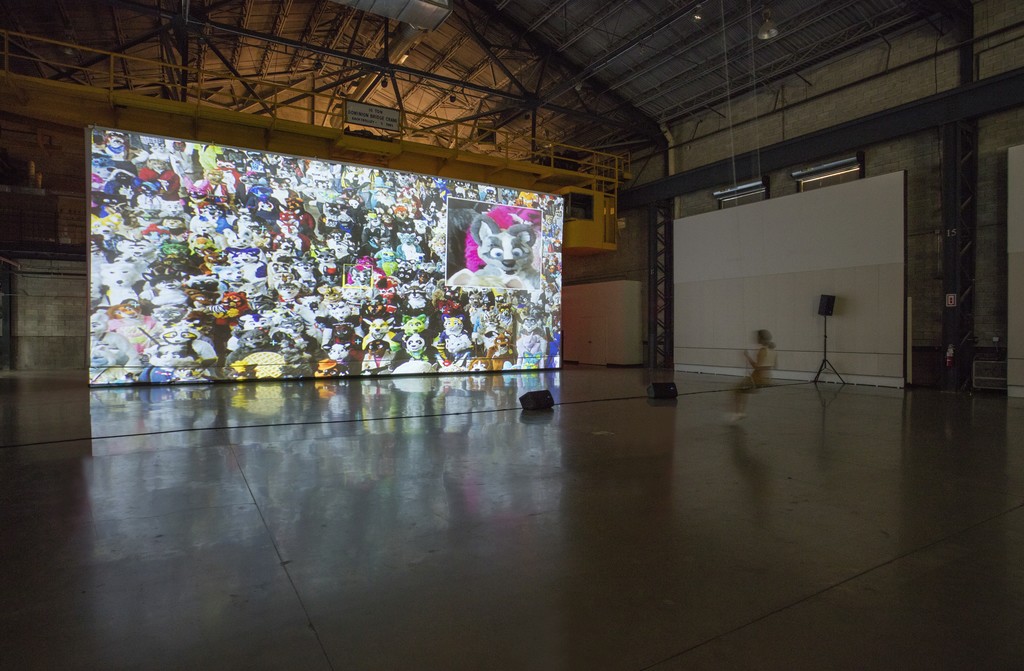 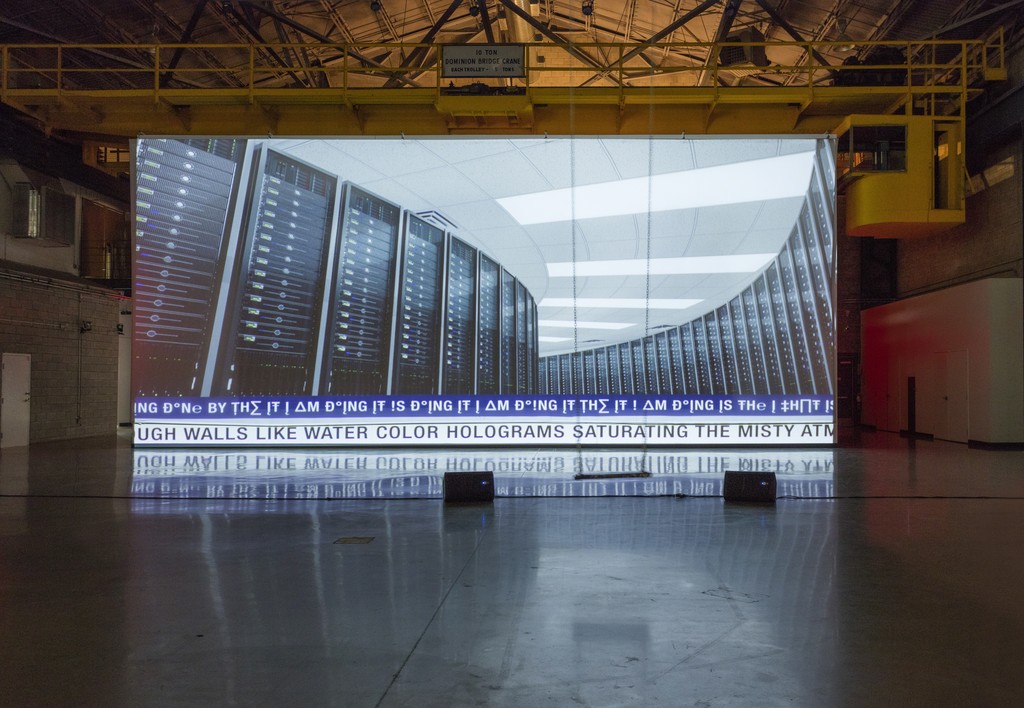 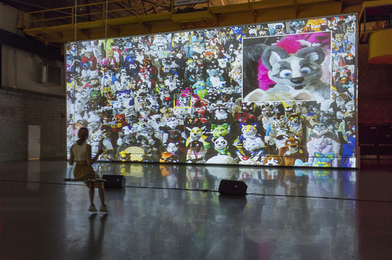 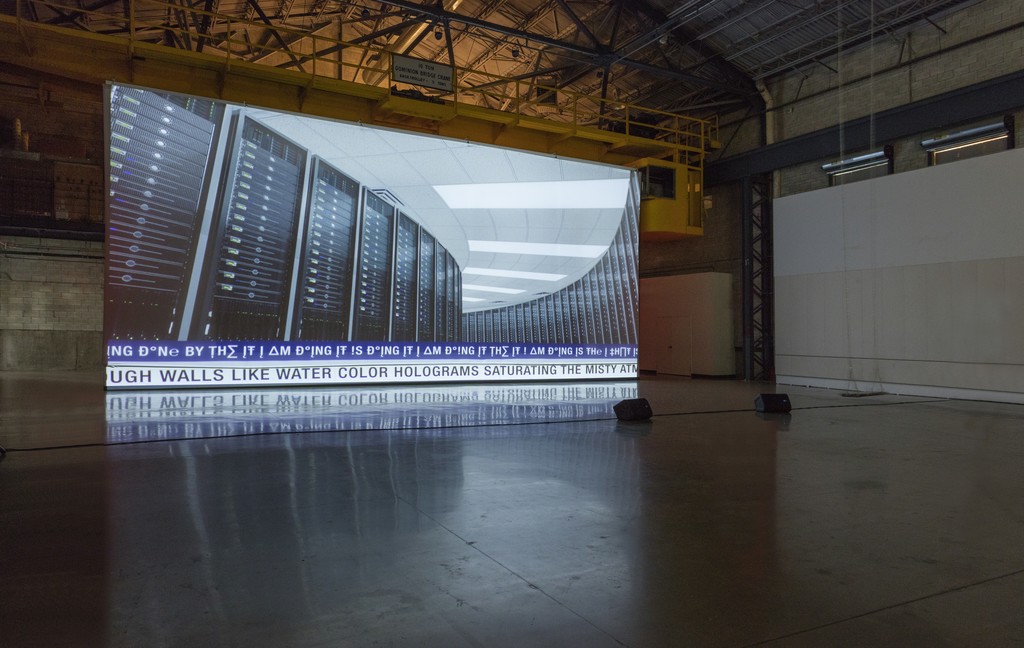 Arsenal is proud to present key works of Montreal-born Jon Rafman, selected from Anne-Marie and Pierre Trahan’s Majudia Collection. The filmmaker and visual artist chronicles moments of beauty and horror from the collective imagination of digital natives, as a nineteenth century ethnographer would record the ethereal wilderness of networked frontiers.
Often too troubling to watch from the neutral settings of white cube galleries, Rafman’s celebrated single-channel videos are staged in dramatic light and viewing pods that resemble dioramas and cabinets of curiosities, to simulate the dwellings of “trolls,” “otakus” and other online personas. The video trilogy Still Life (Betamale), Mainsqueeze and Erysichthon all recite his explorations of obscure, violent or sexually charged web footage, while previous edits saw Rafman ponder on the sublime quality of unreal yet highly detailed immersive games. This deluge of twisted but timely obsessions encapsulates the artist’s appetite for banality found in extreme situations, to index an online subculture of underdogs at its most deviant yet common place.
Flanking the video pods, Rafman’s fascinations are again fleshed out in You Are Standing in an Open Field, for overgrown postcard images to portray the desktops of internet addicts buried under mounds of junk food, cigarette butts and other quick consumption items against wallpaper backdrops of Niagara Falls facsimiles or other romantic landscapes. 3D modelled busts from Rafman’s New age demanded series similarly fuse material and immaterial components, especially with the latest Alien Letter and Turbodemon that employ robotic tools to carve the sculptures out of carrara marble. Arguably the artist’s most ambitious installation to date, Sculpture Garden was inaugurated at the Zabludowicz Collection to host not videos but a virtual reality headset within a full scale labyrinth made of Astroturf. Smaller busts adorn the dead ends of the maze, while the VR headset lies at its central chamber, escorted by the colossal Manifold statue, seemingly fallen victim to a digital glitch before rendering into material form. Rafman transports VR users onto a parallel set of labyrinth corridors that again blur the threshold between virtual and actual worlds, as the partitions between night and day have disappeared in the 24/7 consciousness of world wide web junkies.