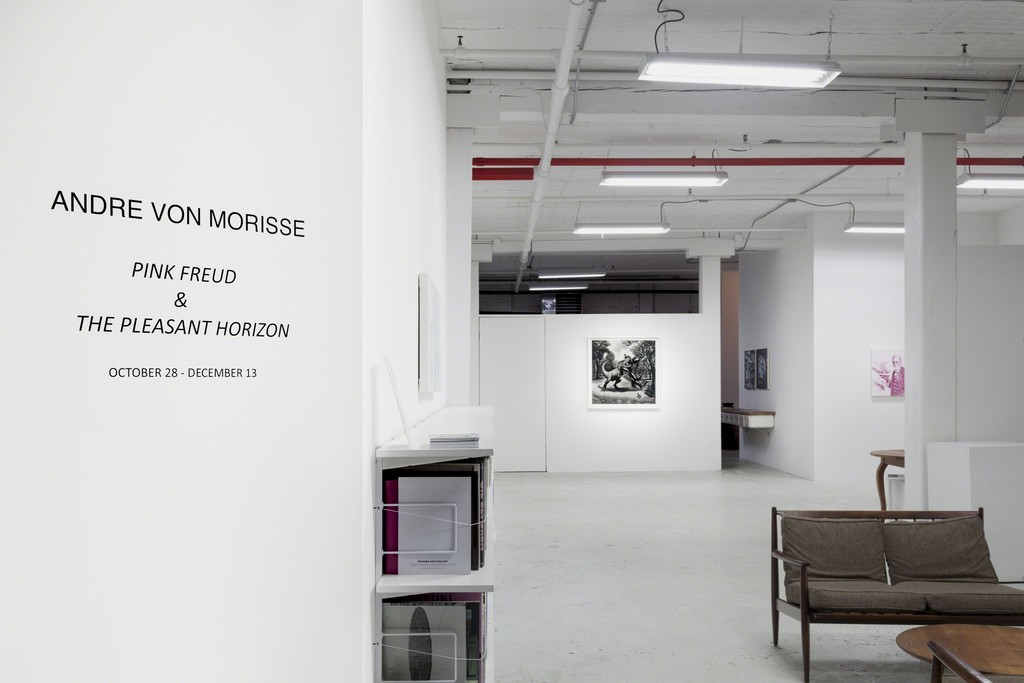 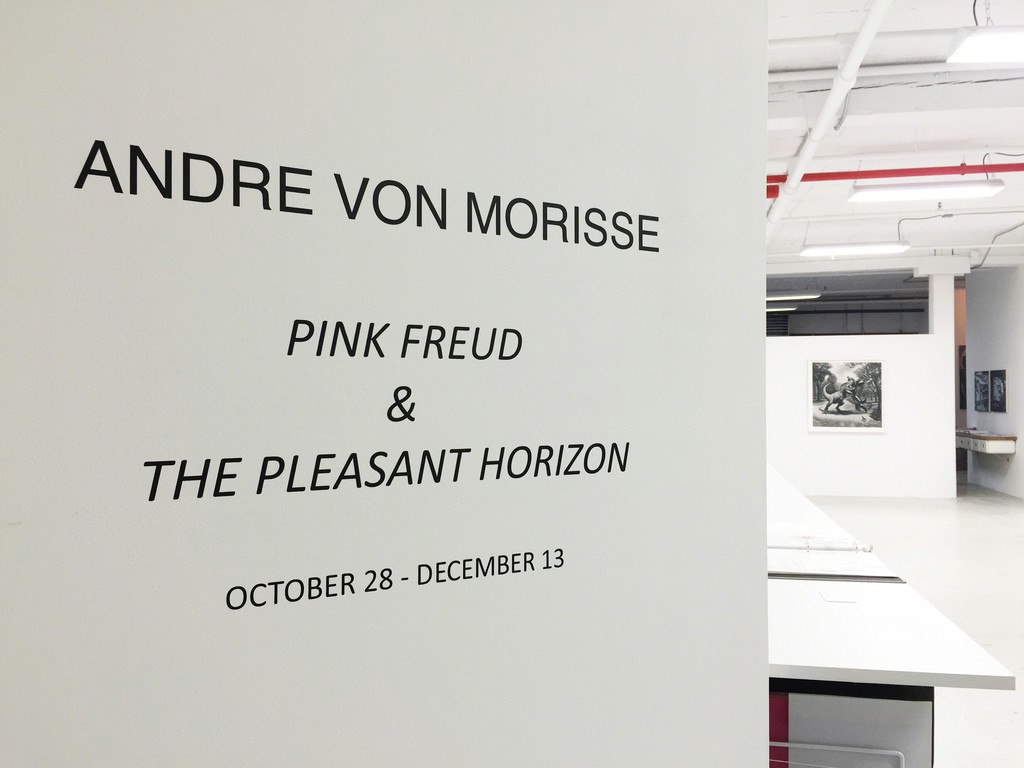 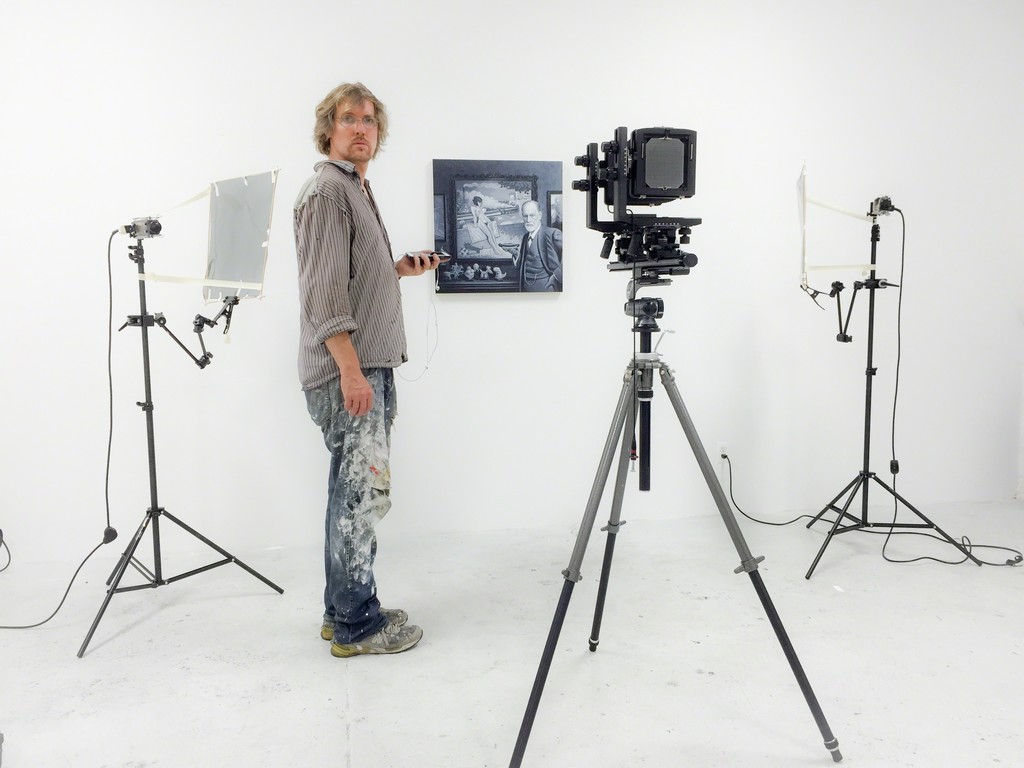 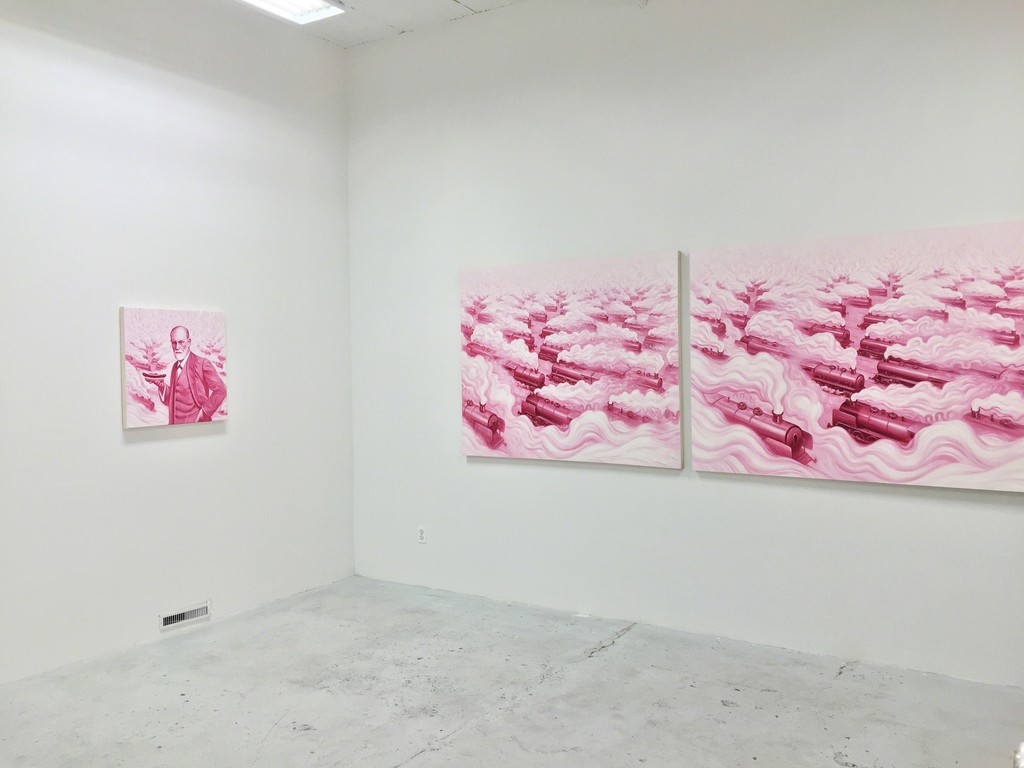 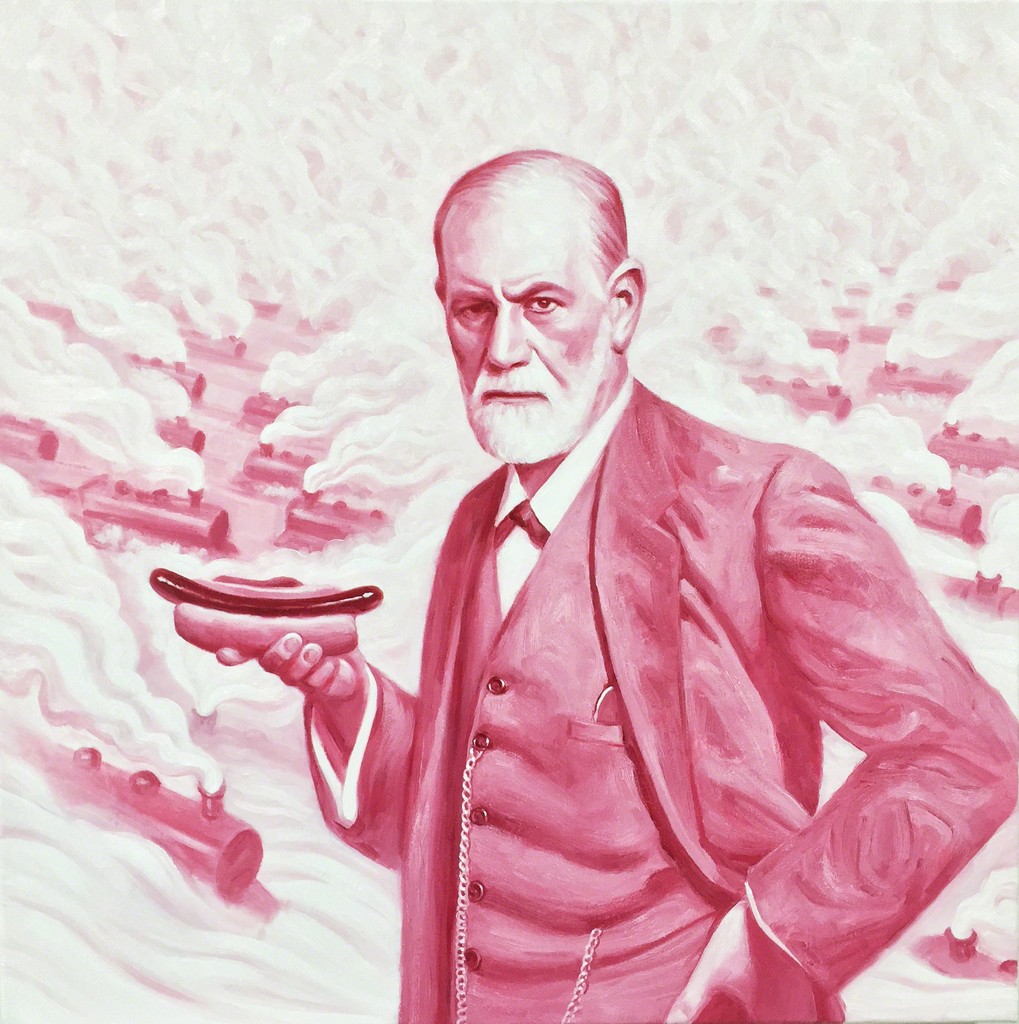 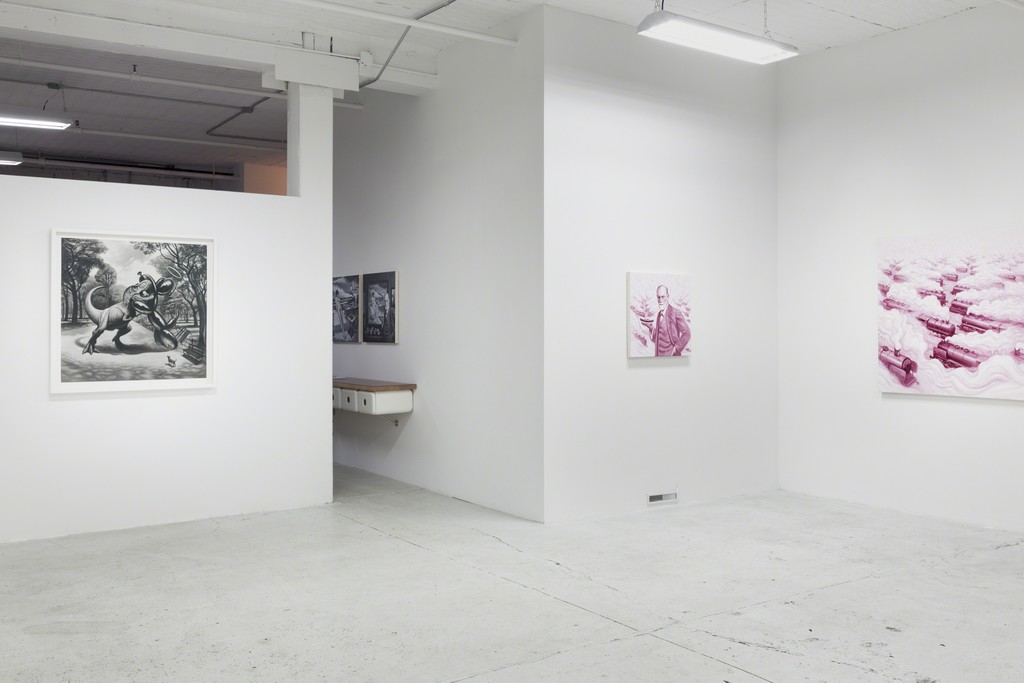 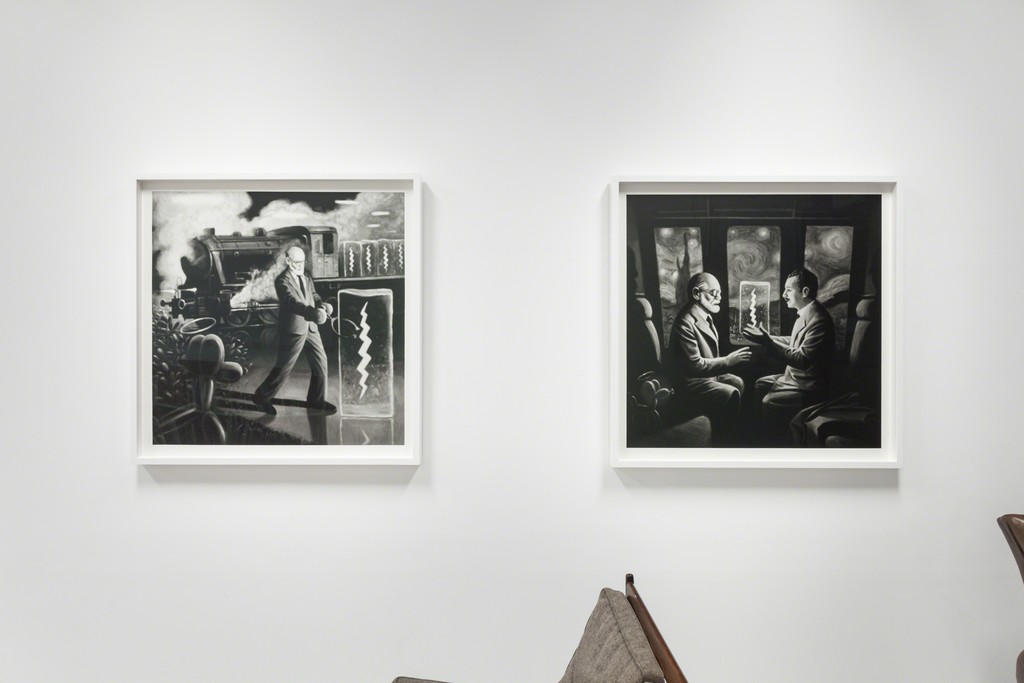 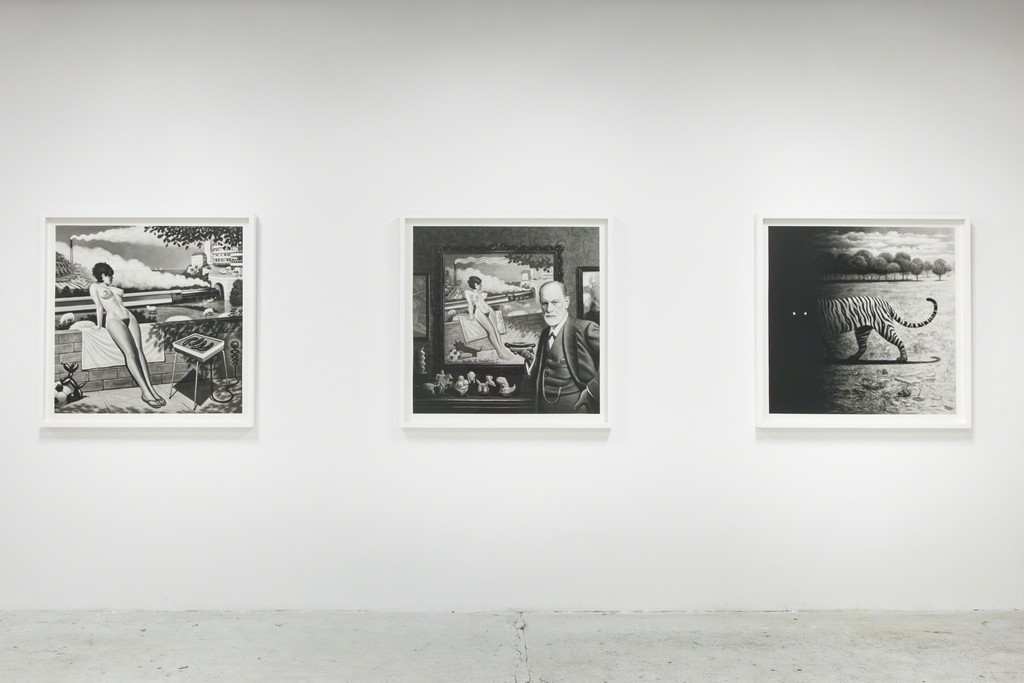 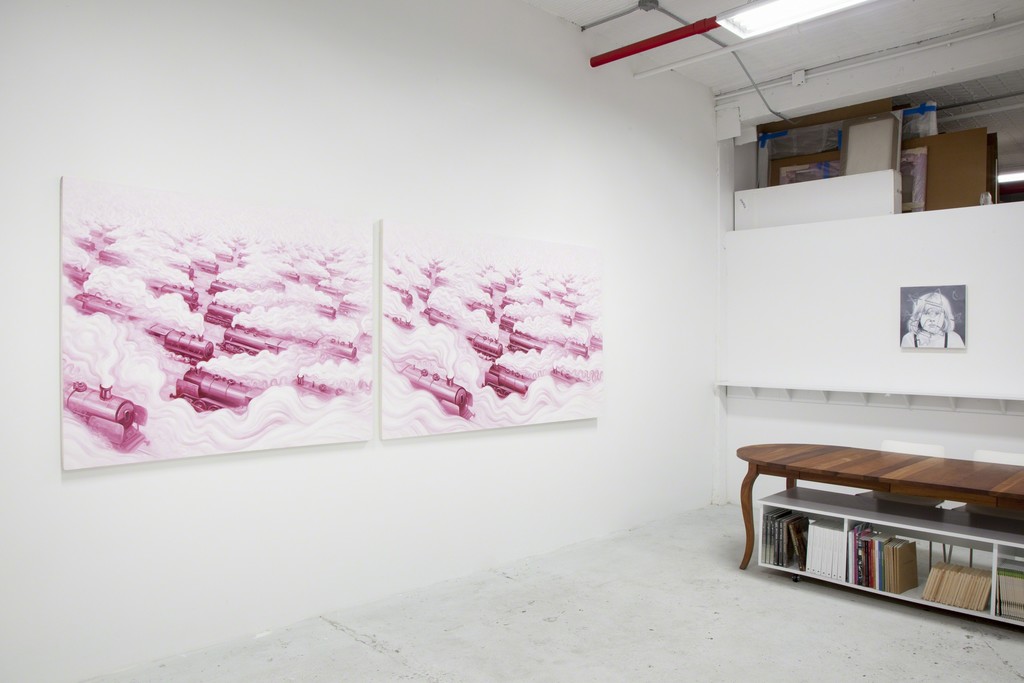 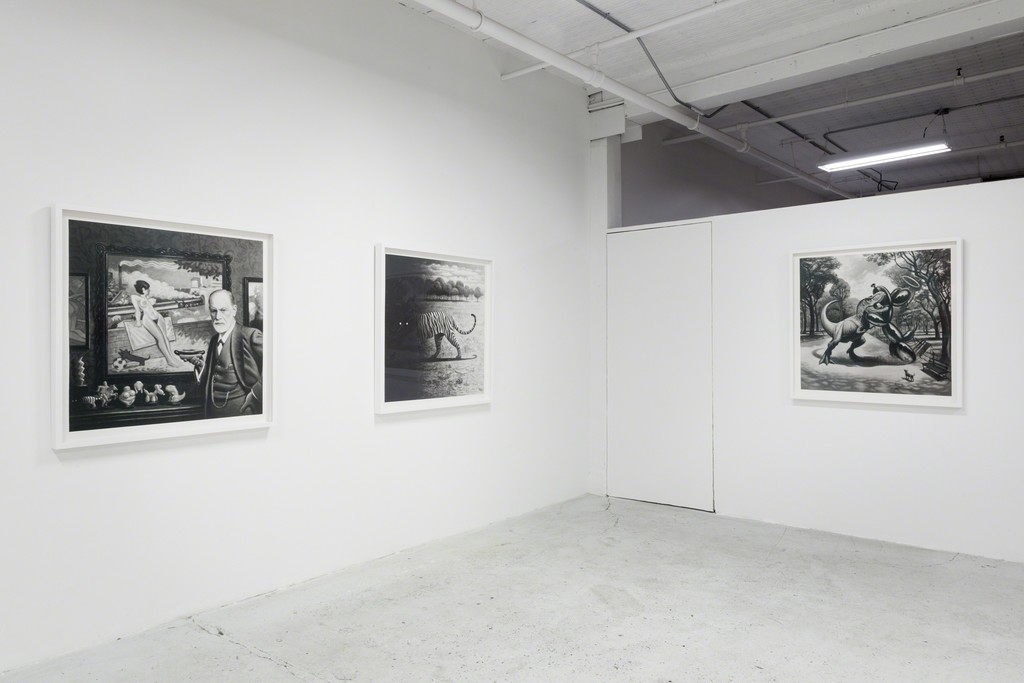 Brooklyn, NY, September 10, 2015 – ART 3 is proud to present a solo exhibition of ANDRE VON MORISSE. PINK FREUD AND THE PLEASANT HORIZON will be on view at ART 3 gallery at 109 Ingraham Street in Bushwick, Brooklyn, from October 28 to December 13, 2015, Wed-Sun 12-6. The opening will take place on Wednesday, October 28, from 6-9 PM
Not quite paintings, nor completely photographs, von Morisse’s works occupy a special intermediate place both physical and psychological, in which the absurdity of his imagination feels all the more keen for the dreamlike specificity of his rendering. – Jonathan Goodman, Art in America, Oct. 2005
The project Pink Freud and the Pleasant Horizon stems from Andre von Morisse’s interest in the powerful influence of Freud, Darwin, and Christ on ideas about psychological, scientific and spiritual motors of human life and on popular culture since the 20th century. The exhibition at ART 3 focuses on the impact of Sigmund Freud theories on contemporary society.
Von Morisse is particularly concerned with the moment when society ceased to treat shared responsibilities and values as fundaments of its organization, and became atomized by bringing needs of the individual to the fore. A pivotal figure in this transition was Freud’s nephew, Edward Bernays (1891-1995). An American born in Vienna, he became the father of public relations. Bernays combined the psychoanalytical ideas of his uncle with theories of crowd psychology to pioneer the PR industry's use of social sciences to design public persuasion campaigns. He developed techniques of manipulating public opinion while serving Woodrow Wilson during WWI and later worked for the biggest US companies. He was the one responsible for the 1920s smoking campaign targeted at women.
Born in Norway in an artistic family and educated in the US, von Morisse turns his acute insight rooted in the European tradition of intellectual irony to examination of American visual and popular culture. His imagery combines cartoon aesthetics with surrealism and pop-art, employing icons of mass culture and history of art for a playful exploration of the consumerist era.
Pink Freud and the Pleasant Horizon consists of six photographs (silver gelatin prints on paper, mounted on aluminum, 45 x 45 in.) of paintings the artist first executed in black and white (oil on canvas, 26 x 26 in.) and then photographed. This series of 12 works is accompanied by two color paintings: Pink Freud (2007) and Pink Freud in the Garden of Good and Evil (2015). The former was featured on the cover of Gastronomica. The Journal of Food and Culture (UC Berkeley Press, Fall 2007), and in The Food Show: The Hungry Eye at the Chelsea Art Museum in New York (2007) along works by Vik Muniz, Wayne Thiebaud, Rirkrit Tiravanija, Andy Warhol, et al.
Among these interrelated works, one finds Freud’s portrait modeled after his famous photograph with a cigar, taken ca. 1921 by Max Halberstadt, only here von Morisse placed him in the interior inspired by his Viennese apartment but filled with the references to Freud’s influence on the 20th century art. Among elements recurring in the series is lightning encased in a block of ice – von Morisse’s symbol of Freud’s theory of unconscious as a repository of repressed memories – as well as references to the influence the father of psychoanalysis had on contemporary art and its interpretation: from Munch, Picasso, to Koons. In one of the works, Jeff Koons’ Baloon Dog – an epitome of popular success in the arts – escapes from the Whitney Museum to fight in the Central Park with a Tyrannosaurus Rex from the Museum of Natural History – the artist’s allusions to Christ and Darwin. Von Morisse’s work explores relationship between painting and photography, ‘reversing’ the traditional roles of the two mediums by using paintings as the starting point for an elaborate and intricate photographic process. The artist first paints and then photographs the paintings, enlarging the images so that they take on a soft focus. That process seems to undermine truth of photography. As Jonathan Goodman remarked in his review of von Morisse’s work, The skill demanded by this labor-intensive process demonstrates his interest in both painterly and photographic craft, yet the imagery has a conceptual turn, so both attitudes are integral to the results (Art in America, Oct. 2005).

ABOUT THE ARTIST
ANDRE VON MORISSE is a conceptual artist working in painting and photography, interested in exploring aspects of psychology and popular culture. He was born in Oslo, Norway in 1966 and came to America in 1978. In 1990, he graduated cum laude from the Art Center College of Design in Pasadena, CA and moved to New York in 1991. His works were featured in many group shows in galleries and museums, and he had solo exhibitions with McKenzie Fine Art (2005, 2003), and James Graham & Sons (2000, 1997) in New York City. Exhibition catalogues include texts by Dominique Nahas, Thomas Garverand, and William Struve. Reviewed in the Art News (2007), Art in America (2005), New York Magazine (2003), Artnet (2000), and Review (1997), his art has also been often featured by Norway’s main dailies Aftenposten and VG, Kunst art magazine (2013), as well as Norwegian-American newspaper, Norway Times. With his work End of a New Dawn, reviewed by Jonathan Goodman in Art in America (Oct. 2005), he won the Best New Contemporary Artists Award 2005 at the Kunstnerenes Hus Museum in Oslo, Norway. The paintings and photographs in this series refer with nostalgia to the immense technological promises of the 60’s & the 70’s, before they dissipated into the ambiguities of the information age. Von Morisse’s works are held in prominent private and corporate collections in the US. He lives and works in New York City.

ABOUT ART 3
ART 3 opened in Bushwick in May 2014 near Luhring Augustine, established by Silas Shabelewska, formerly of Haunch of Venison and Helly Nahmad Gallery in partnership with Monika Fabijanska, former Director of the Polish Cultural Institute in New York.