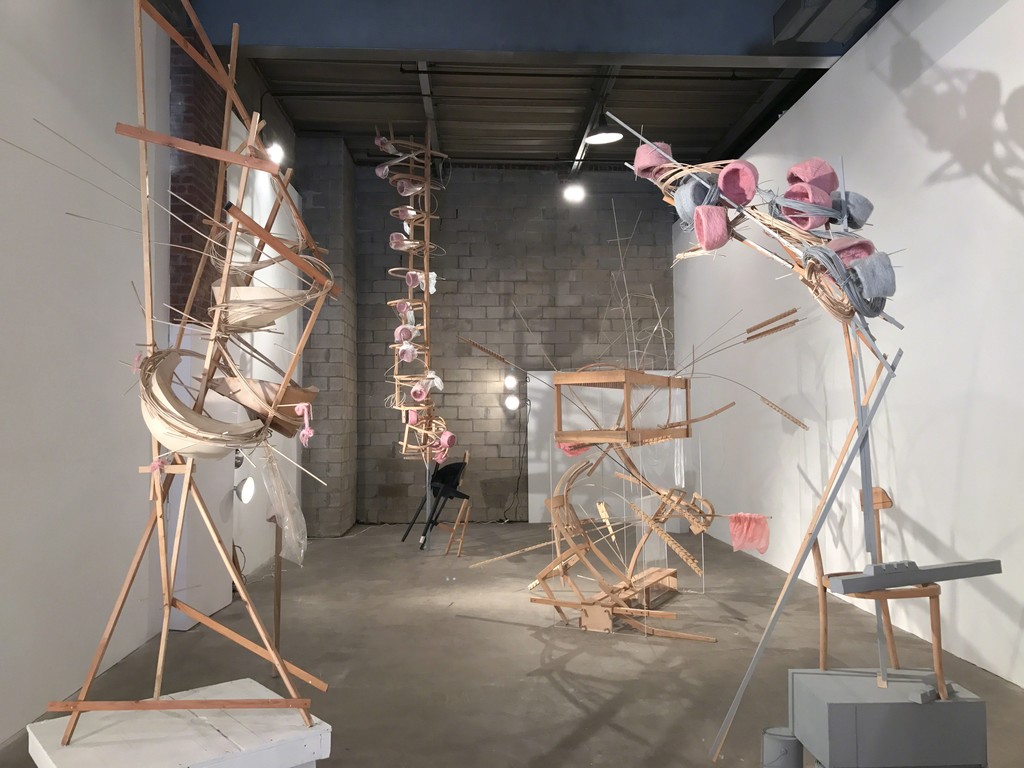 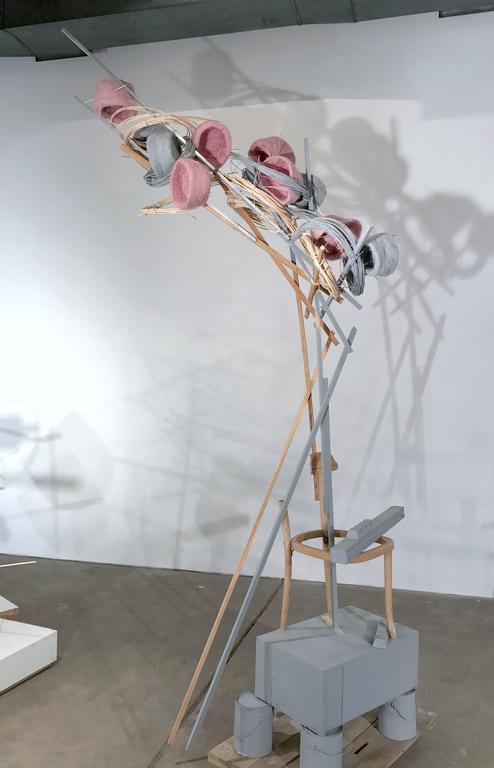 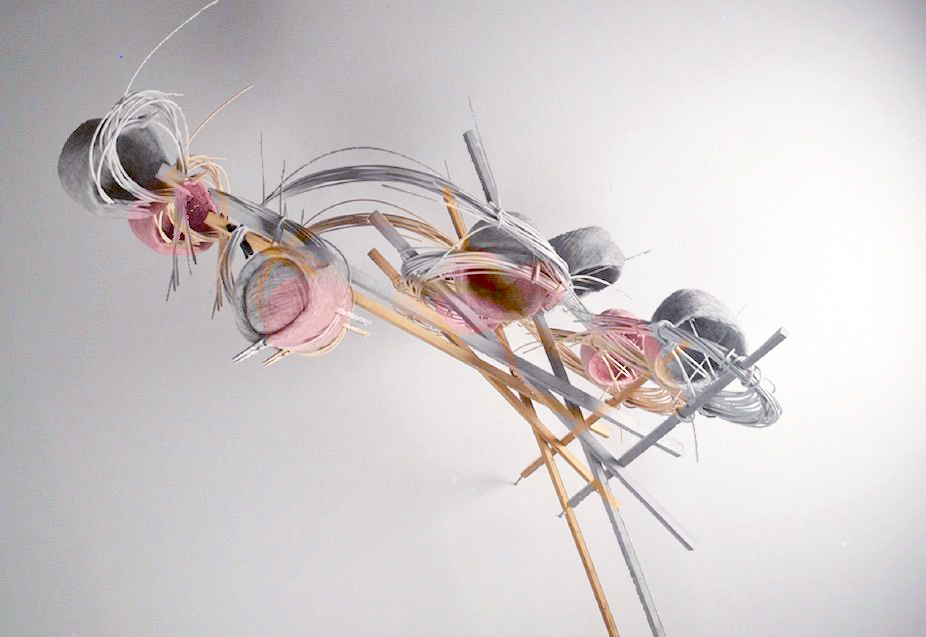 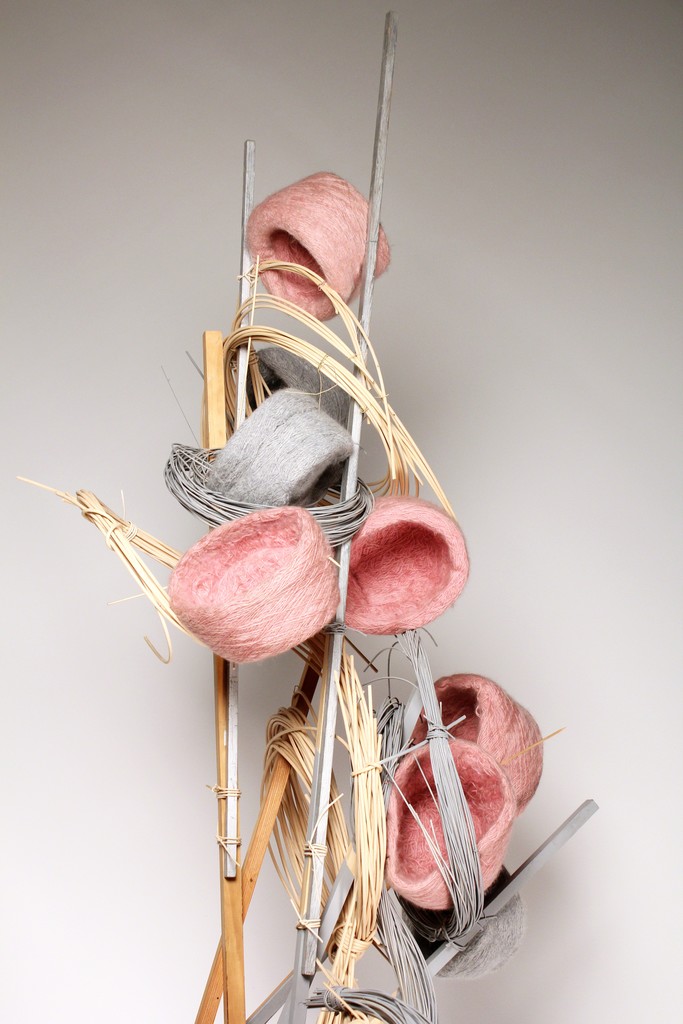 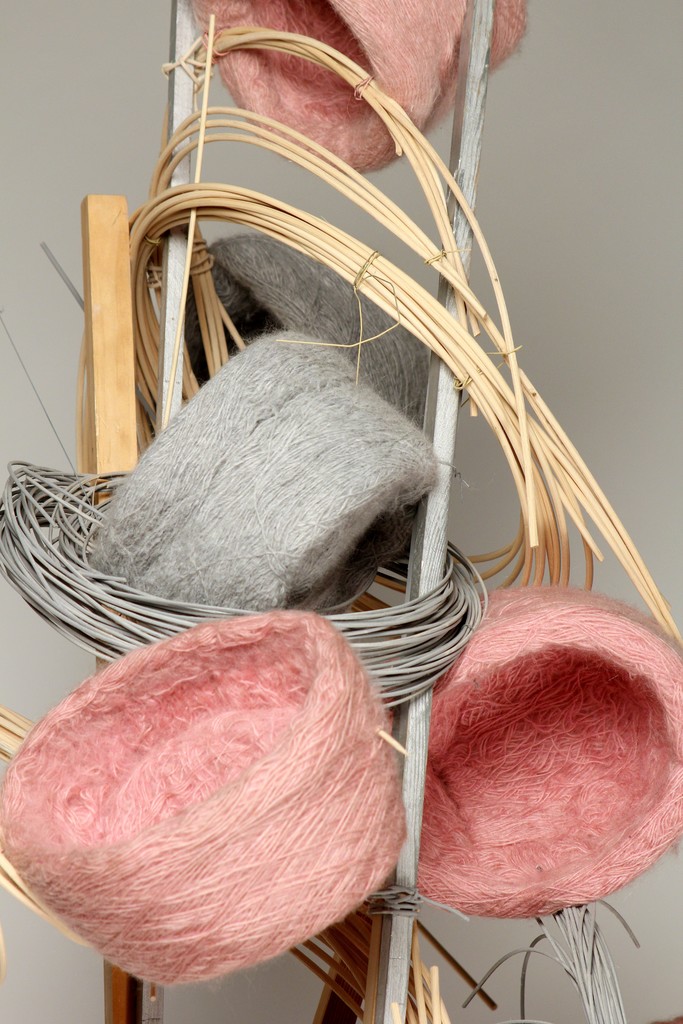 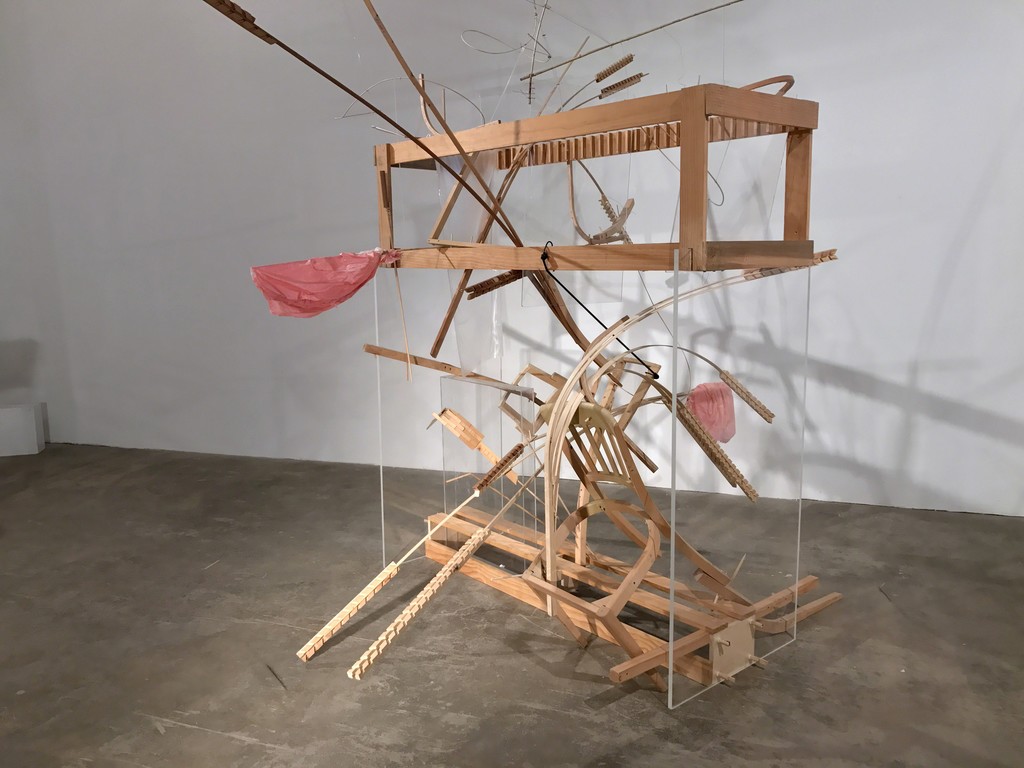 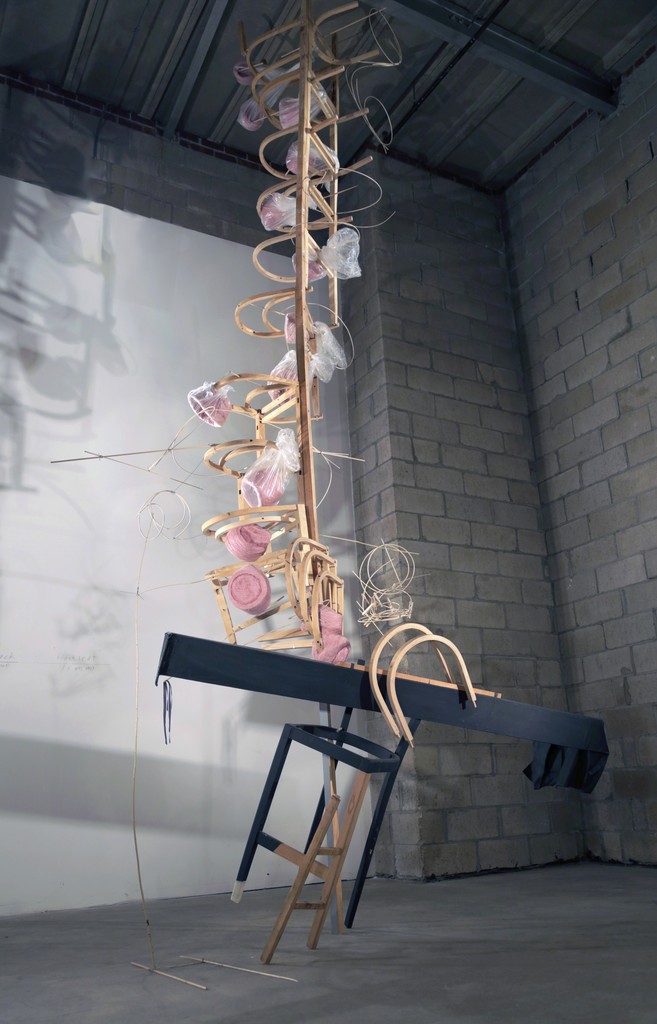 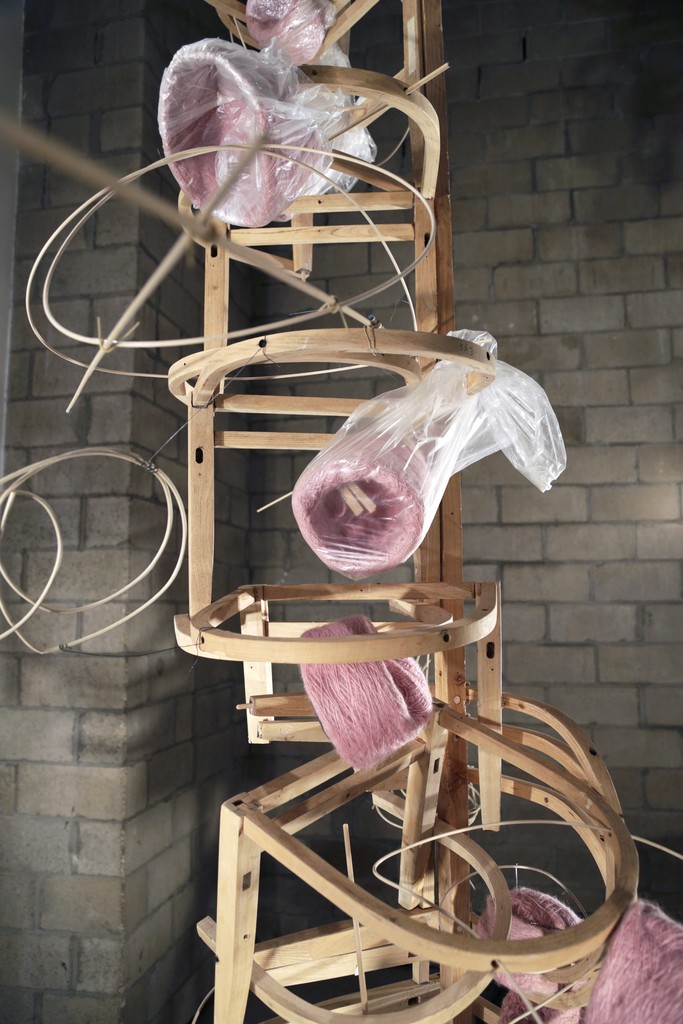 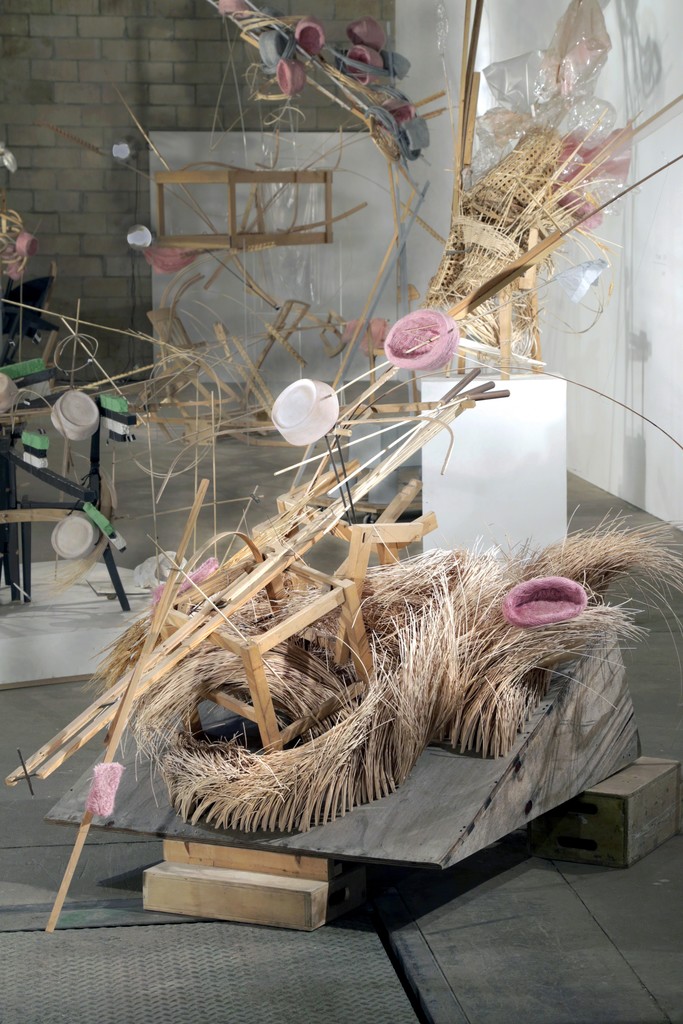 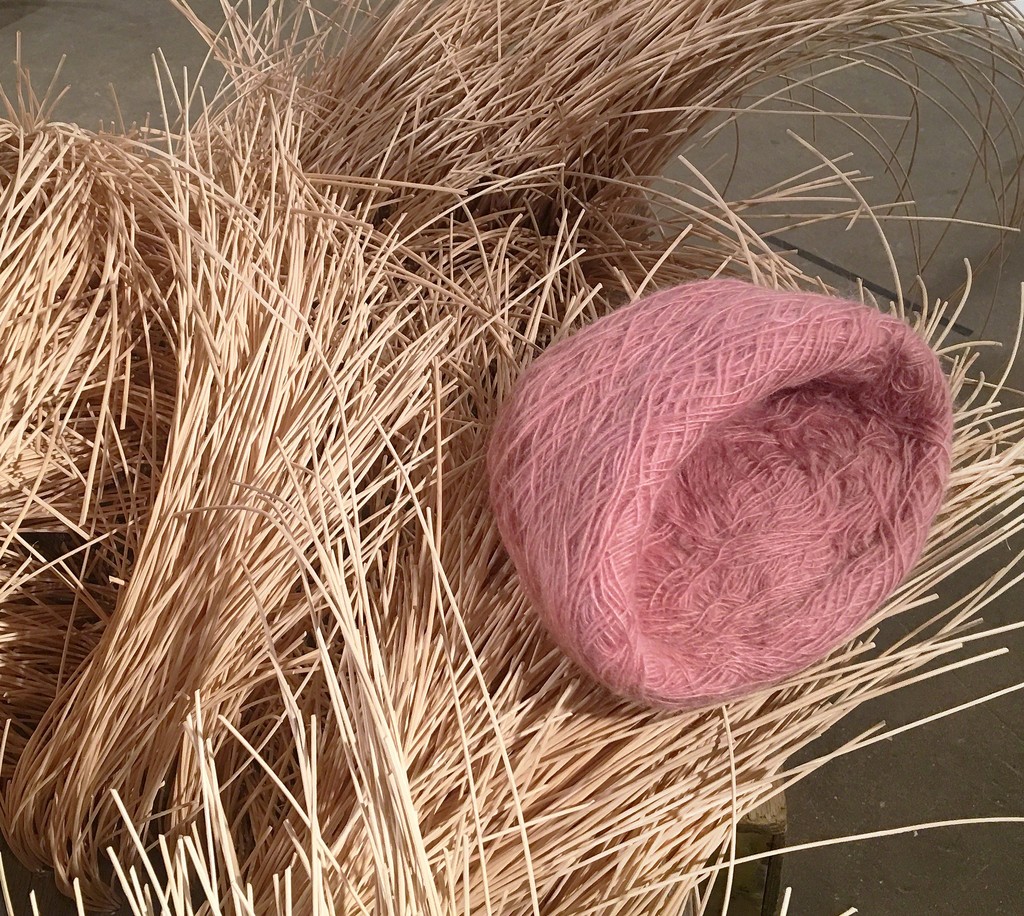 90 MOVES IN NINE SECONDS (THE JACKIE SERIES 2001-2017) is the artist most complex and elaborate installation to date comprised of 11 core sculptures (wood, reed, plaster, papier maché and felted mohair) with an 11 panel drawing, models + maps, based on the recorded film of the assassination of JFK (The Zapruder film).

It took Durbin 16 years to complete this ambitious project. Presented for the first time in its complete scope, strangely poetic and haunting with an eerie feeling, the installation takes us back and shows us for the first time the feminine perspective of that fateful day.

Within the 486 individual frames of footage from the assassination of JFK, Jackie Kennedy, his wife, had 90 distinct reactions in a mere 9 seconds. Abraham Zapruder's home movie camera shakes and blurs as Jackie Kennedy surprisingly lifts herself into the air - pivots - and proceeds to crawl over the back trunk of the limousine. It remains an unanswered question what motivated those movements; Jackie having never remembered climbing out of her seat. Yet, the assassination of JFK is an event people recall exactly as if they were there themselves. It is one of those singular moments that changed our nation’s shared story, lining our collective subconscious. Durbin’s work explores collective memories that are ‘held imperfectly’ by 2D images, by pulling them back into 3D space. Rendered in a way that engages the qualities of ‘the common place’ as both erased and fixed. The material quality of this erasure, both there and not there, plays a major role in this series of work based on the movements of Jackie Kennedy’s pink hat. In essence, each sculpture renders a small part of that story – a slow view of a tremendous journey through the landscape of Jackie's emotions and the choreography of her last moments with JFK.

Durbin's unique and extraordinary point of view is solely focused on the movements of Jackie O's pink hat. That unique perspective of that fateful Day is re-created with an uncanny precision as Durbin extracts from the film almost obsessively each and every turn of the hat as it flew over in the air. Each exact pivots of the hat is recorded simply made out of wood or reed showing us the detailed movement of the whirling hat.

Durbin received her BFA from The School of the Art Institute of Chicago in 2000, and her MFA from Yale in 2003. Durbin has exhibited in the US and abroad including shows at NEWD Art Fair in Brooklyn, New York, and solo shows with Motus Fort Gallery in Tokyo, Japan and Capsule Gallery in NY, NY. In 2013, she received The Clinton Entrepreneurial Fellowship for her work originating and developing The 1896, Studios & Stages in Brooklyn, NY.