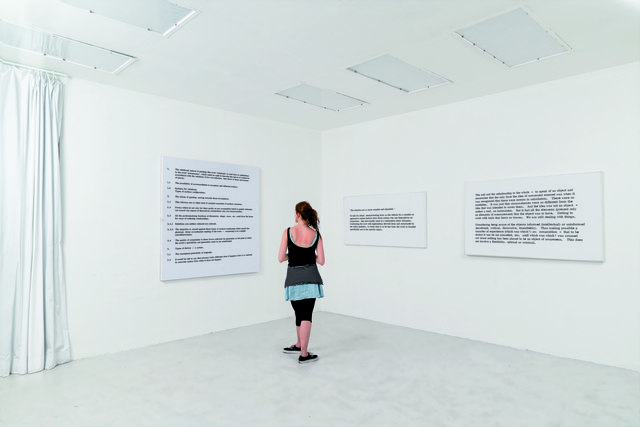 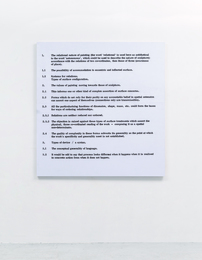 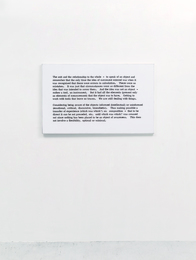 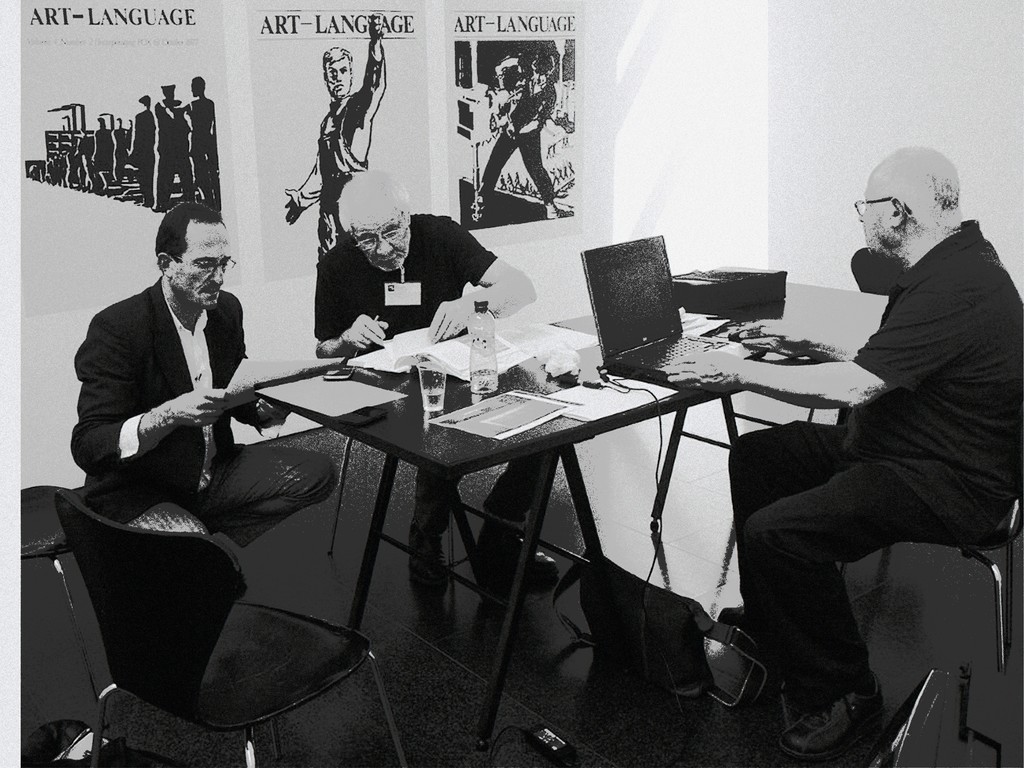 Jill Silverman van Coenegrachts (jsvcPROJECTS/London) is delighted to announce the arrival of ART & LANGUAGE MADE IN ZURICH to Chicago for EXPO CHICAGO, held at Navy Pier.

While curating the collection, Jill Silverman van Coenegrachts in 2012 rediscovered a cache of certificates and prints that would become the core of an exhibition and publication project for these little-known early works, with Galerie Bernard Jordan. The exhibition ran through 2015, appearing in Zurich, Berlin, and Paris; the accompanying hardcover book ‘MADE IN ZURICH,’ published in English, French and German, includes a lengthy interview with Baldwin and Ramsden, alongside a personal commentary by the collector and an insightful text on each of the works by Cambridge University’s Rod Mengham, English literature professor.

At the heart of these early PAINTINGS 1 (1966) lies the ethos and energy of the late 1960’s – the radical perspective of which was to become the backbone of one of contemporary art’s most innovative artistic collaborations, and the origin of ART & LANGUAGE’s industry reputation as the ‘Rolling Stones of Conceptual Art’.

The exhibition at EXPO CHICAGO focuses on a small number of singular works, made as multiples from certificates to be blown up into paintings. Hovering indeterminately between forms and positions, these works are ideas and objects; simultaneously text and paintings.

The Philippe Meaille Collection is currently on long-term loan at MACBA, Barcelona, and in permanent residence at the Chateau de Montsoreau, Maine, and Loire, France.