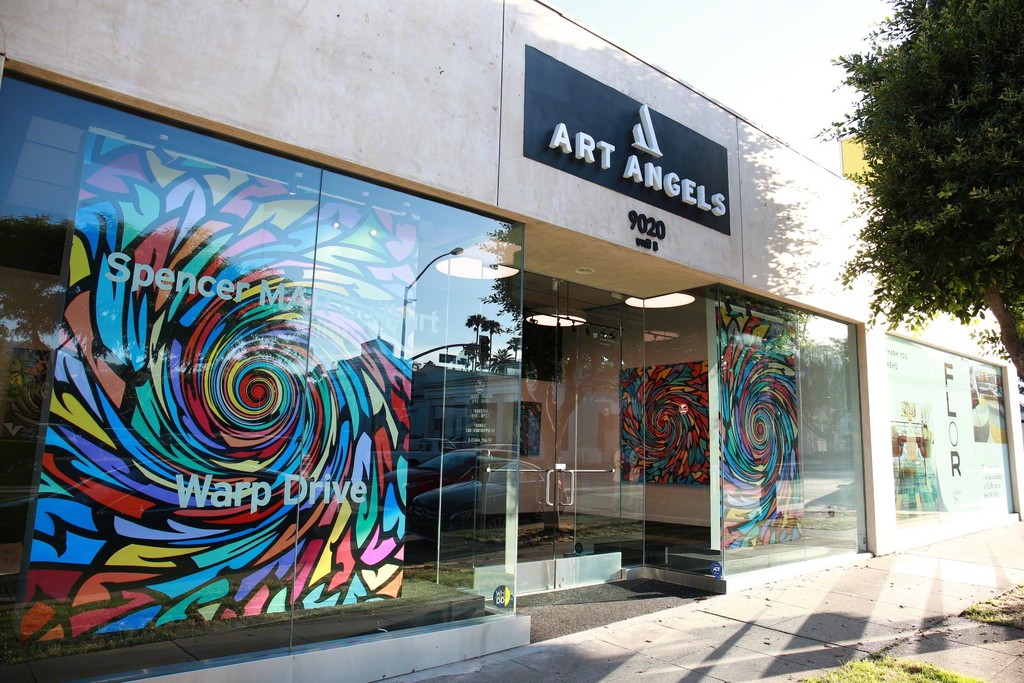 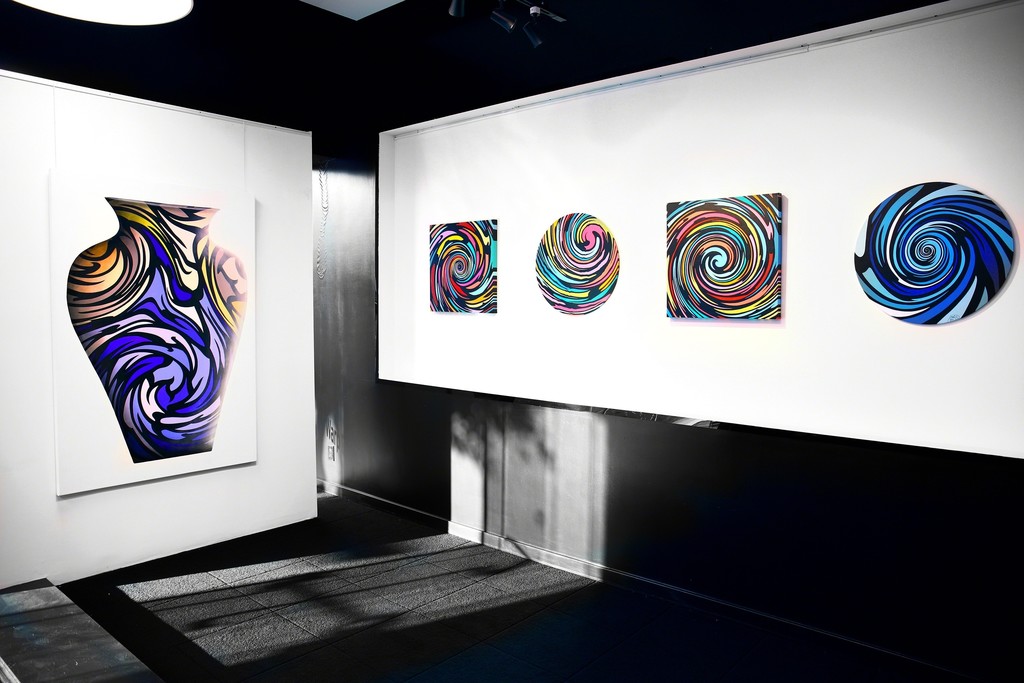 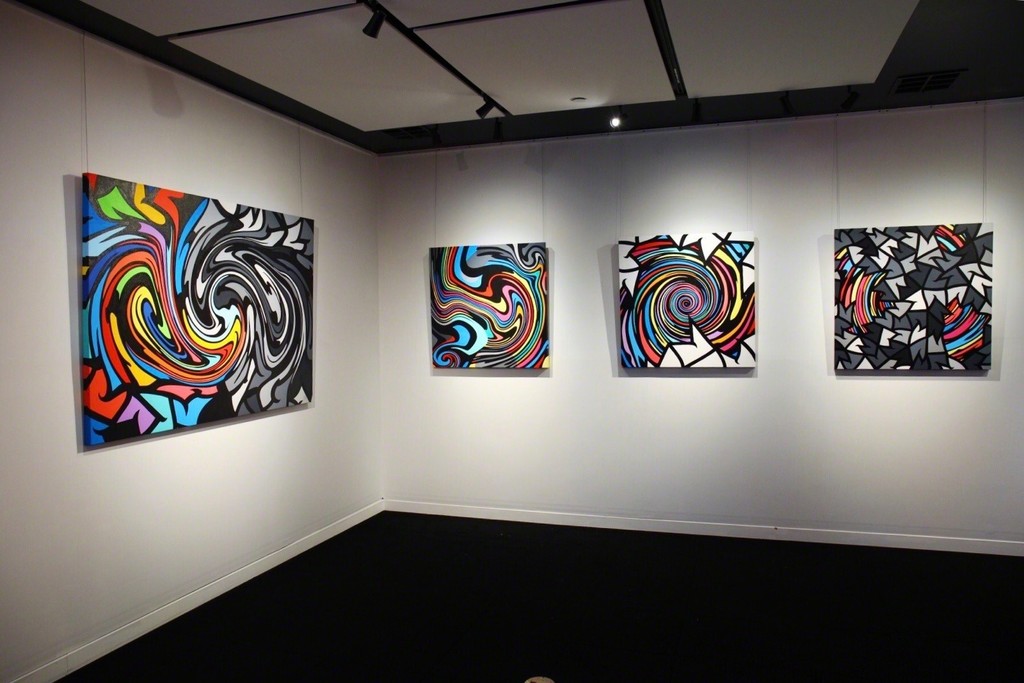 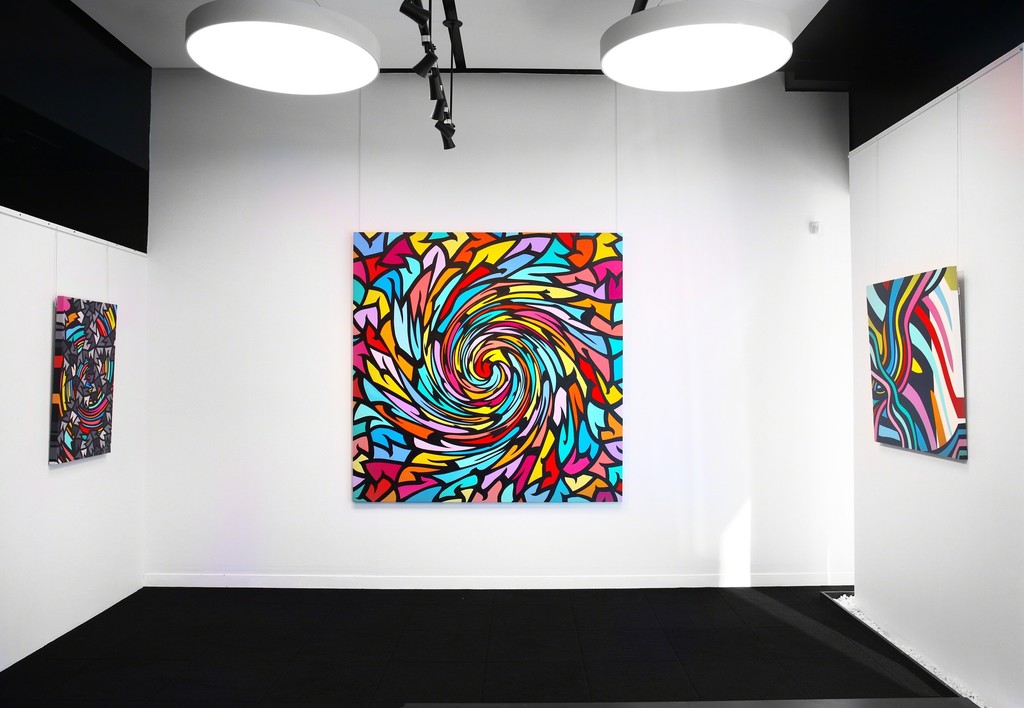 Opening Reception: Thursday June 8th 7-10PM
Art Angels presents ‘Warp Drive’, the highly anticipated solo exhibition by Spencer “Mar” Guilburt which takes its viewer on a journey through time-travel and visualizing the unseen utilizing his signature fire flowers. It is the idea of a wormhole, a tunnel which links two points in space and time that inspired the creation of Spencer’s newest series.
Through the use of movement and rhythm and the interplay of color, shape and structure, MAR utilizes and explores the power of repetition and its ability to reveal greater insights. He uses shapes and geometric forms, as well as dramatic color schemes to develop his own visual language, convey a sense of feeling and bring the viewer closer to his heart. These “Fire Flowers”, as he calls them, are more expressive and gestural, than they are mathematical. As one spends more time exploring these new works, a deeper meaning emerges and unlocks a whole new layer of complexity. More than anything, his paintings are feelings as much as they are imagery.
Though the theory of relativity allows for the existence of wormholes, they are a phenomenon that has never been observed. Imagining the unimaginable is where the journey through “Warp Drive” begins. With this series, Mar sought out to visualize what these wormholes might look like and illustrate a bridge between time and space. With black lines as the single constant in the collection, each piece is, in its own right, a distinct hypothetical perspective on a wormhole.
Travel to a higher dimension, from Here To Then