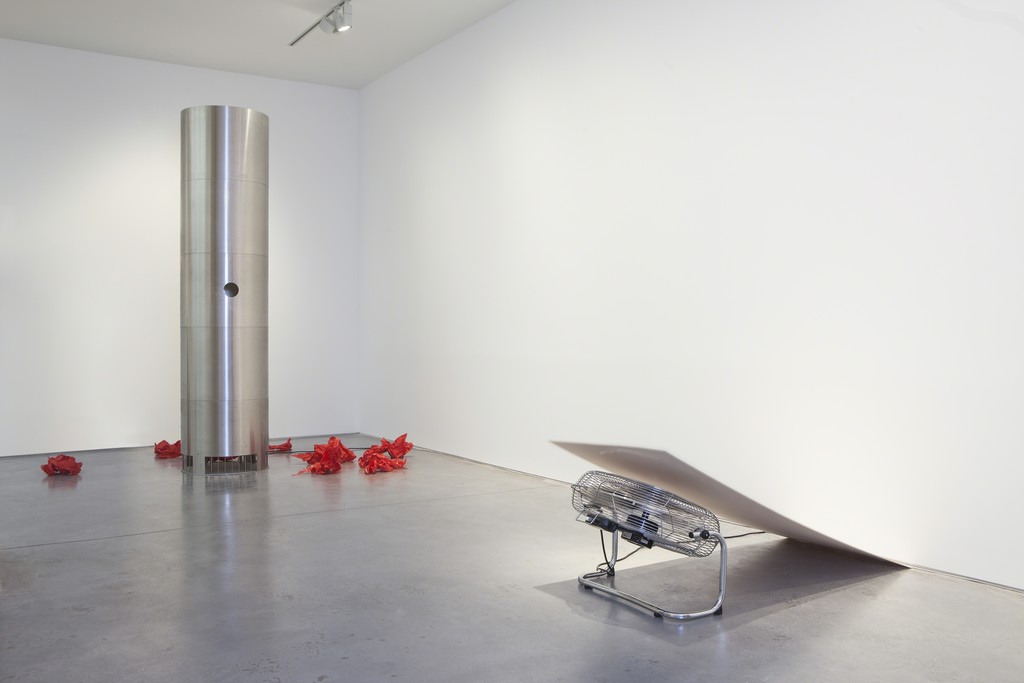 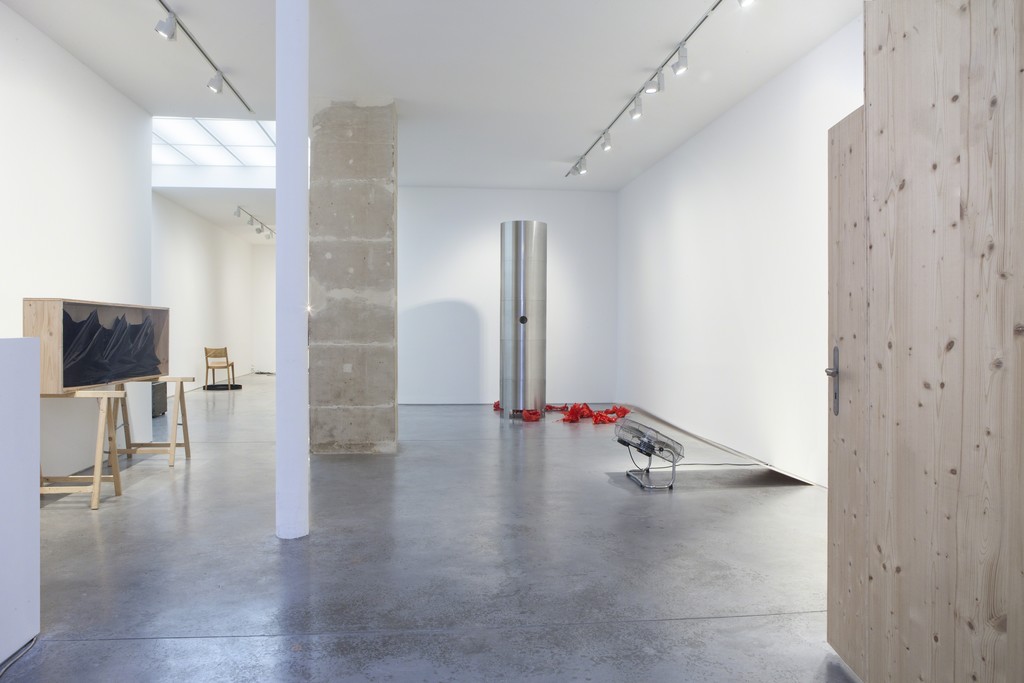 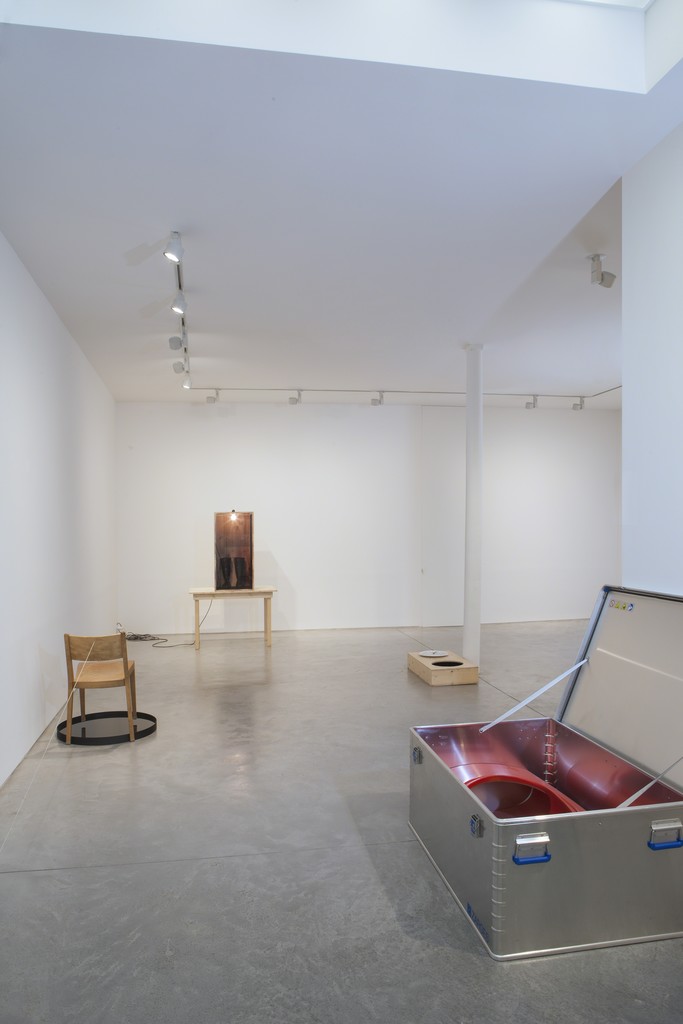 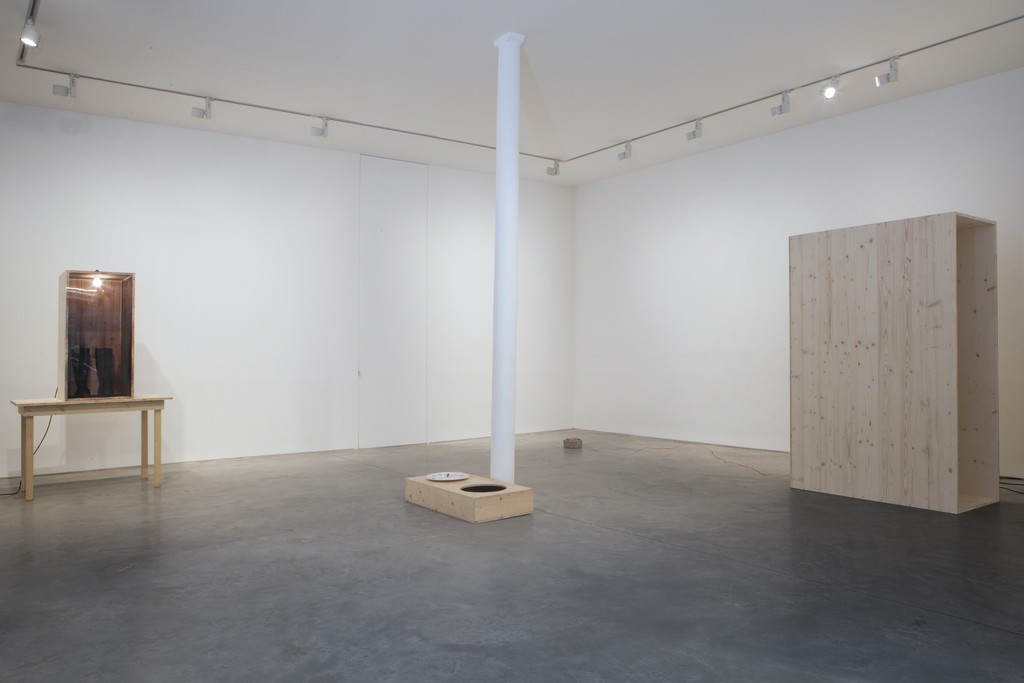 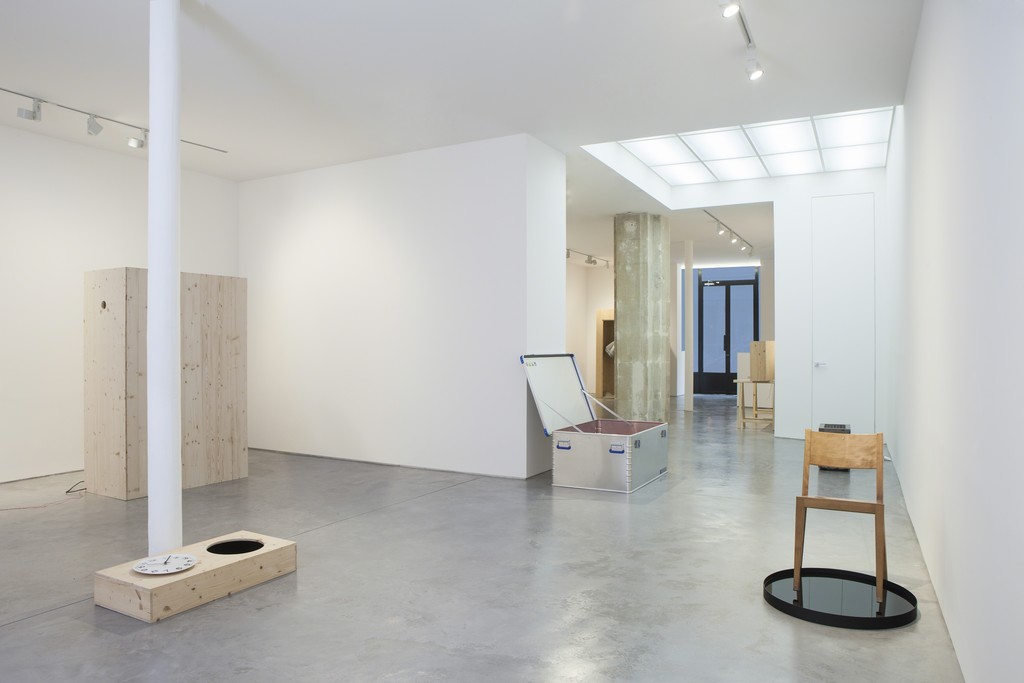 Celebrating over twenty years of collaboration - and in conjunction with an extremely lively actuality at the Swiss Cultural Center, which is consecrating a focus on his work from 28th October to 1st November - Art : Concept gallery is pleased to present its fifth solo exhibition by Roman Signer. Through a set of new evocative sculptures, the exhibition summons the most iconic objects of the Swiss artist’s work: umbrella, rubber boots, clock, canoe, fan and more.

The object’s status is crucial in Roman Signer’s work. Whatever it may be, often a rather banal and functional object, it becomes the support of his overflowing imagination. Coupled with an uncontrollable urge to make his own experience, such imaginative power disregards any risks or hazards that it could bring about. Roman Signer’s experiments often exceed the wildest dreams of the most imaginative children; tables taking off, defenestrated chairs, games played with explosives or even a plane suspended four meters above the ground, as in his recent installation at Berlin’s KINDL (Kitfox Experimental, 2014). The choice of ‘medium’ is never trivial. It rises from a memory, happy or traumatic. For Kitfox Experimental, the artist recalled an episode from his youth when a terrifying airplane-pilot simulated the plunge of his aircraft in his direction.

Childhood reminiscences though they may be, his contrivances have nothing childish about them. The mechanisms behind Roman Signer’s pieces are complex and their success depends on a high level of execution precision. Decomposed, exposed and fully laid bare, it is they who implement the work. In some respects conceptual, Roman Signer’s work is more that of an “emotional physicist” as he likes to define himself. In a process that evokes Gaston Bachelard’s philosophic poetry or “chemistry of reverie” (La Psychanalyse du feu, 1938; L’Eau et les rêves, 1942; L’Air et les songes, 1943), he has always been fascinated by the study of elements - air, water and fire in particular - and their tensions with the technological world. For the artist as well as for the philosopher, there is an urge to go beyond the opposition between science and nature, unveiling and relying on the emotional charges and poetic evocations that these natural elements convey*.

But here, nothing spectacular, quite the contrary: The elements are summoned with very great sobriety: a cigarette that burns in a cabin or handkerchiefs propelled from a metal tube, in both cases with the help of a fan. Sensationalism has given way to a gentle melancholy-tinged poetry. Formerly suspended in the air and projected from flying helicopters, the artist’s most loyal companions find themselves strangely packed as precious memories: a trio of umbrellas which seem constrained in their opening by the box that contains them, a piece of cut-up canoe placed in an aluminum case. Facing this canning process, analytical temptations are strong.

Are these retrospective and nostalgic reflections? Ironic winks? The artist manages with as much brio to shift our attention from the main action. Like a machine to travel through time and space, this small fragment of kayak propels our gaze into both past and present. Because let’s face it: how can we avoid wondering what happened to the rest of it?