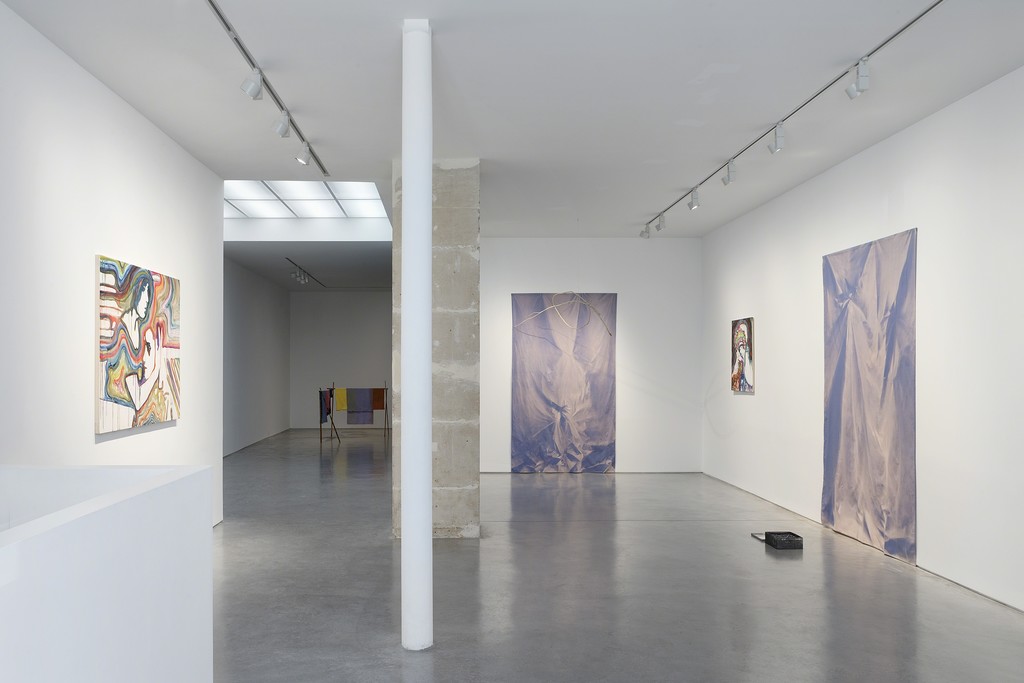 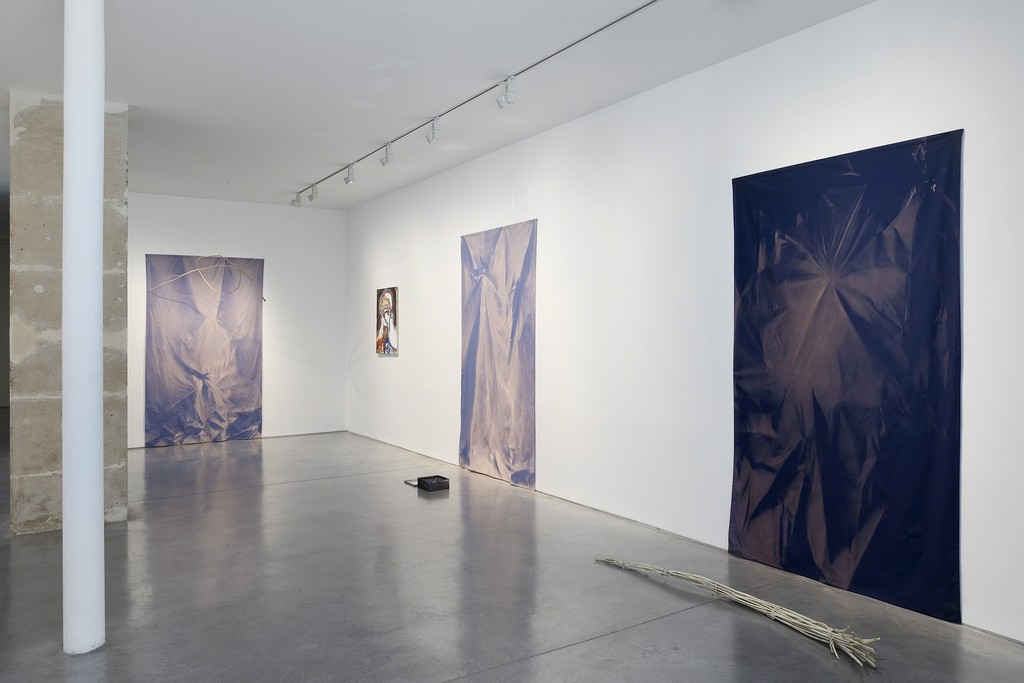 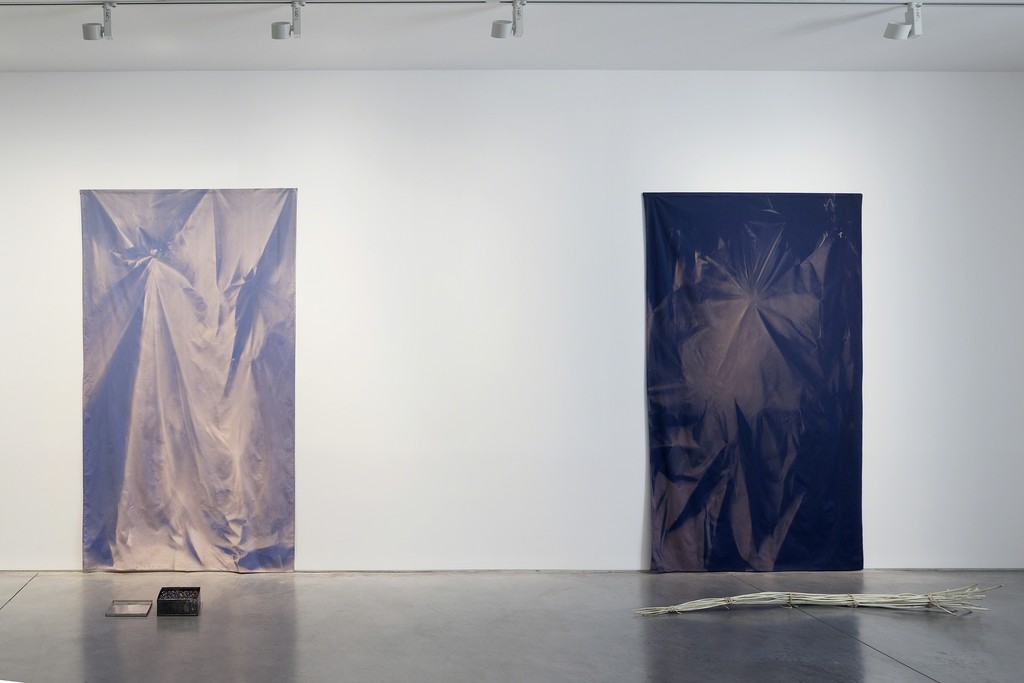 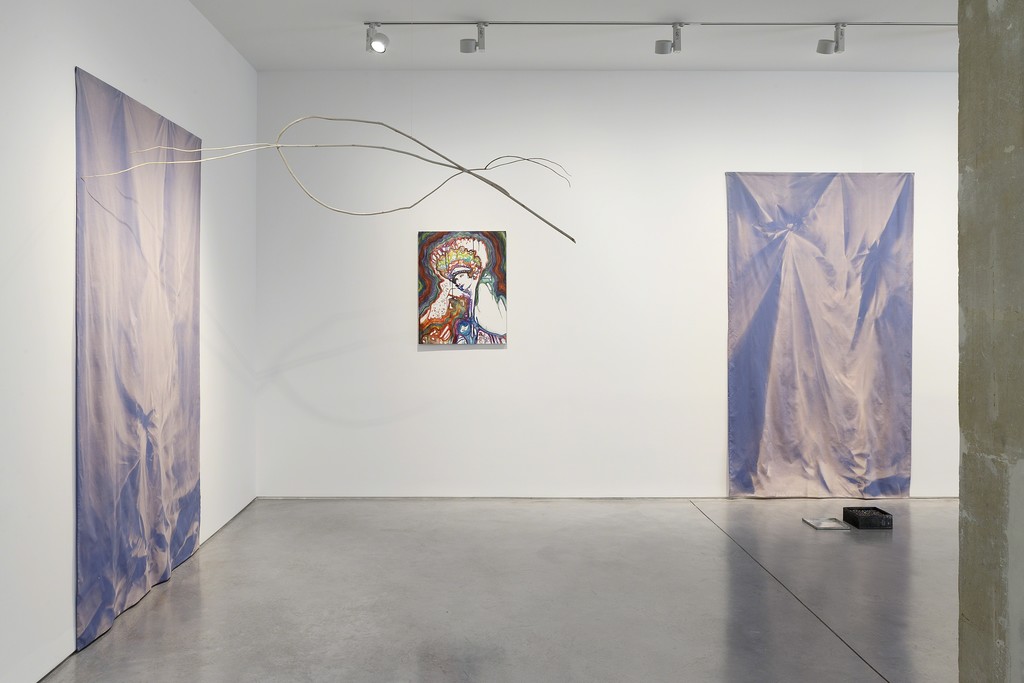 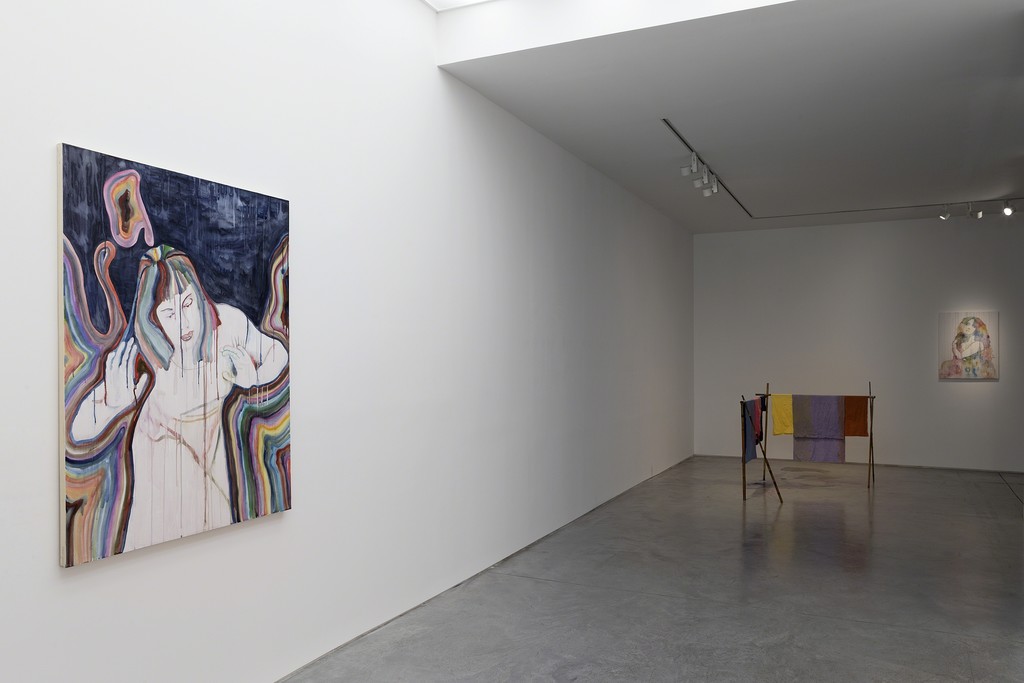 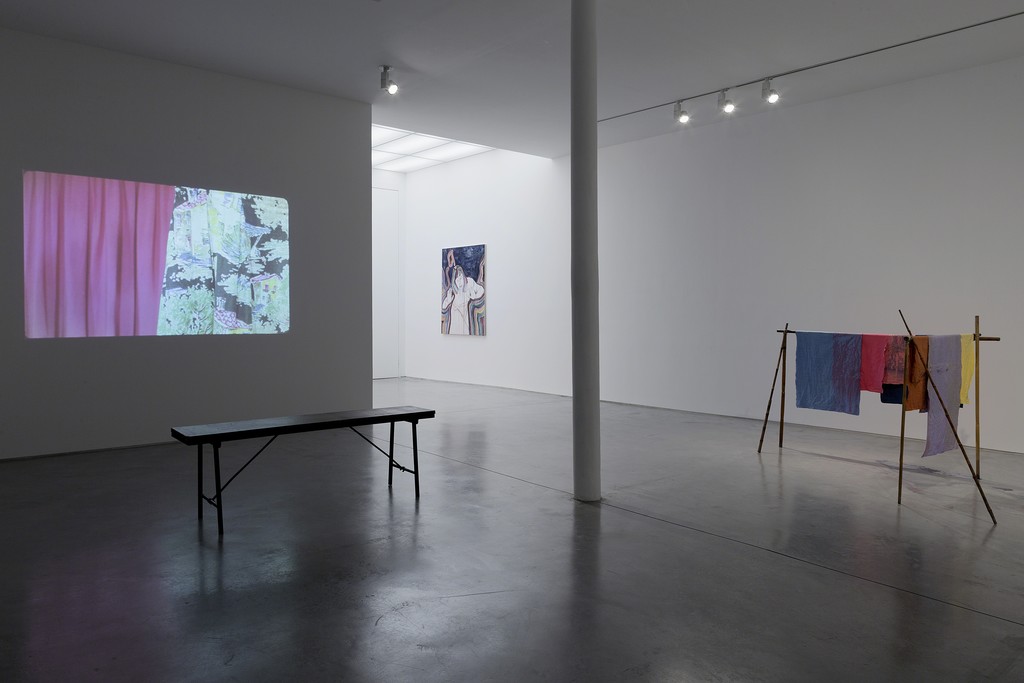 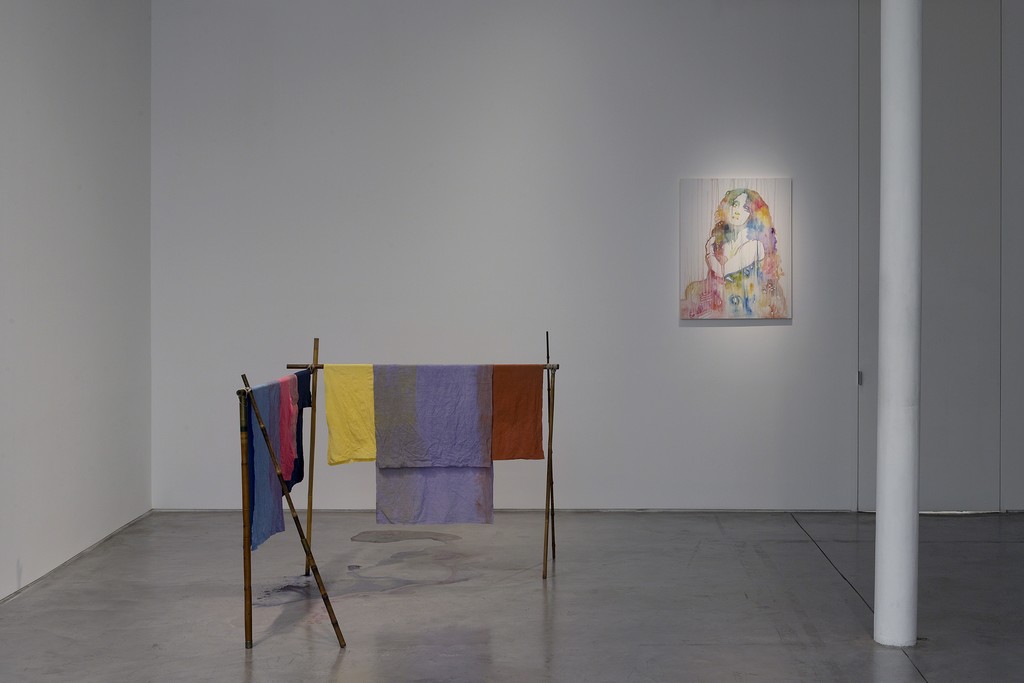 From the 8th of April to 13th of May 2017, Art: Concept gallery is pleased to present its fourth personal
exhibition by Ulla von Brandenburg (1974, Karlsruhe).
Curtains, quilts, costumes, ribbons… Fabric, or more precisely textile material, circulates and permeates Ulla
von Brandenburg’s oeuvre, indiscriminately embedding characters and spaces within its aesthetic qualities.
Operating modes, patterns and scales may change, but the textile presence is invariably reaffirmed. Beyond
the play of materials, the aesthetic qualities and the spatial possibilities it offers, fabric is privileged by the
artist for its place and role in the history of human civilization, seen through its most pragmatic functions as
well as through the most highly symbolic ones. As socio-cultural, political and religious marker, it naturally
connects Ulla von Brandenburg’s major themes: the worlds of theatre, folklore, and ritual.
Here it is more than ever celebrated and declined in all its aspects. In the first place, a film that presents
a succession of veils or dresses of undetermined origin, opening one after the other to the passage of an
absent but implicitly present body. A body signaled by an almost ghostly movement and by the voice of the
soundtrack that recites and chants the letters of a poem by Wislawa Szymborska’s (1923, Kórnik -2012,
Krakow) in its German translation*. Propelled in the reality of an exhibition space, these fabrics are spread
out or fixed to the walls. Here again, a double movement of presence and absence can be perceived. Some
have been previously dyed, leaving traces of their artisanal coloring on the ground; others, on the contrary,
have been discolored by chlorine, thus revealing – in a process not far from that of the photogram - the
imprint of a human-scale body movement. But what bodies, what movements are we talking about?
Perhaps those of the characters, all issued from the world of theatre and performance, depicted on the
watercolors on wood.
The shroud of mystery is beginning to lift, but not entirely. By means of metaphorical operations or chemical
processes, each of these pieces seems to complement and fill in the voids of a text with holes, while only
partially revealing their truth. The fabrics of the film succeed each other but do not open on anything other
than more fabrics; the ones hanging on the wall evoke doors leading to another space but remain basically
impassable. They question the nature of truth. Not saying that its search is vain, but perhaps signifying that it
resides more in an infinite quest.
Julia Mossé / Translation Frieda Schumann