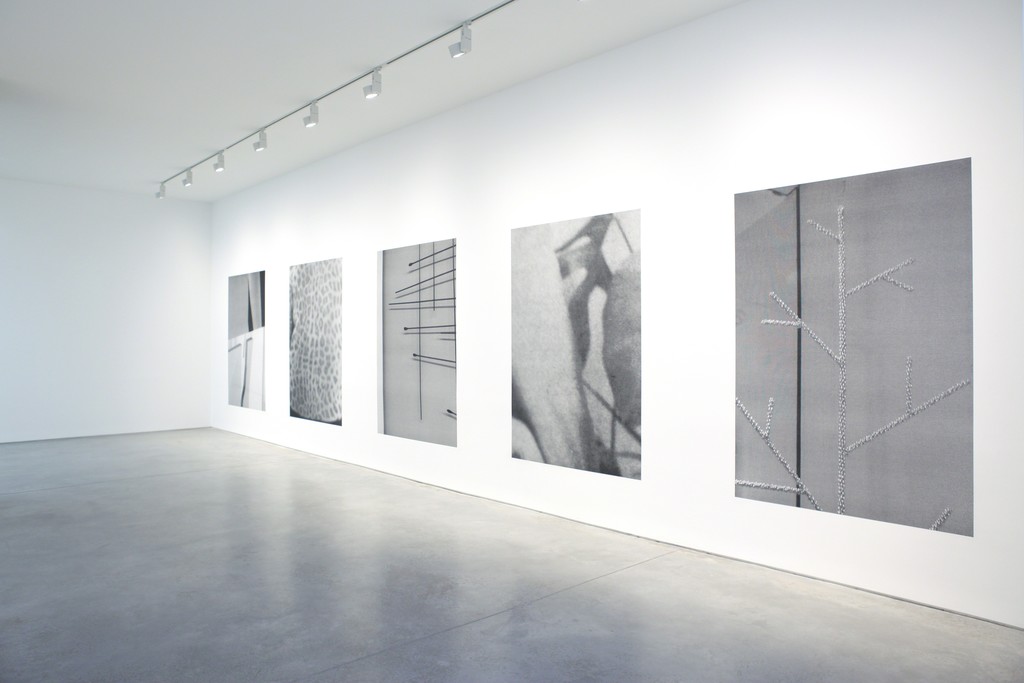 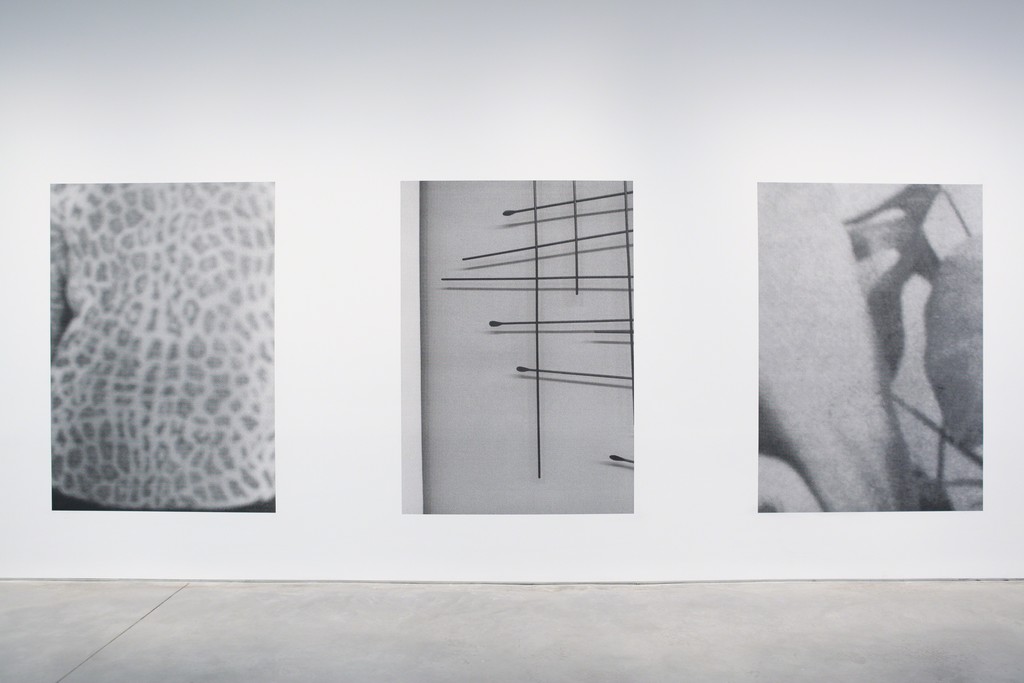 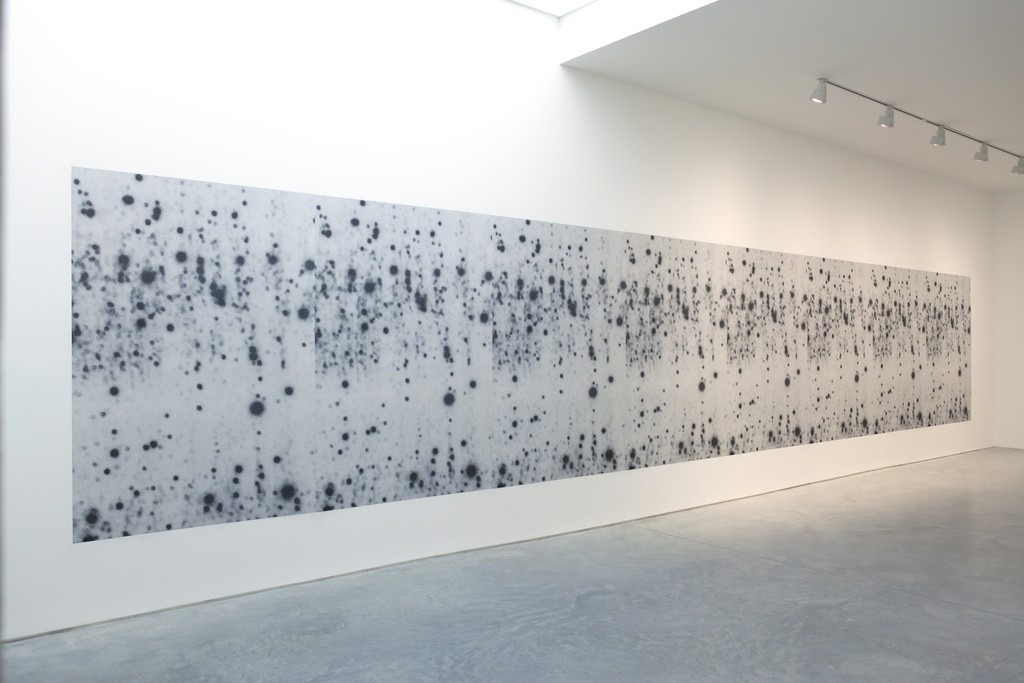 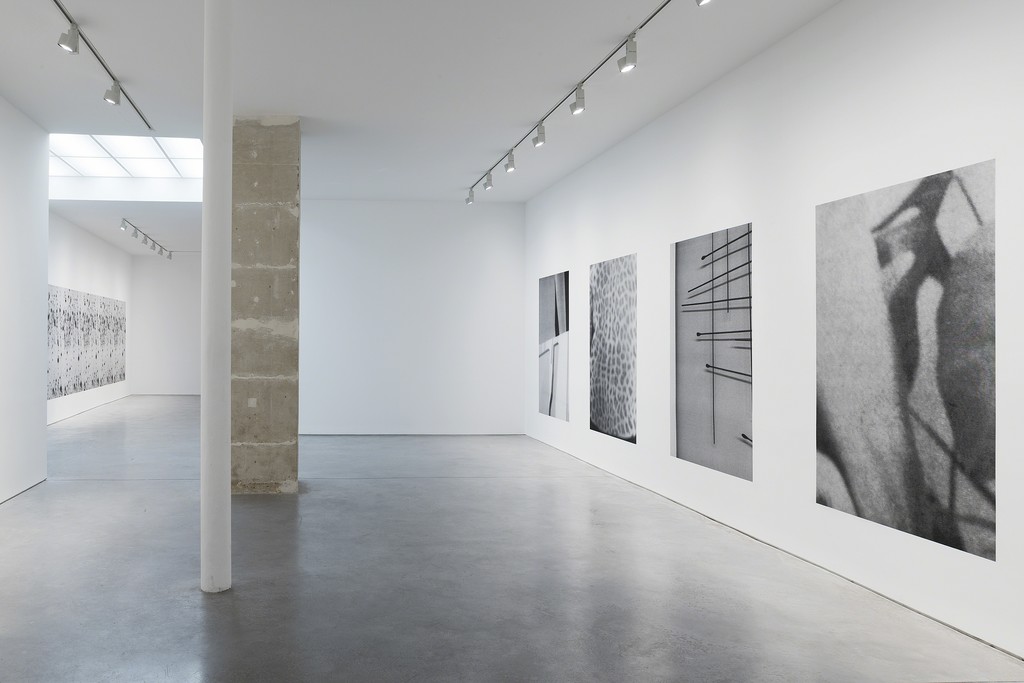 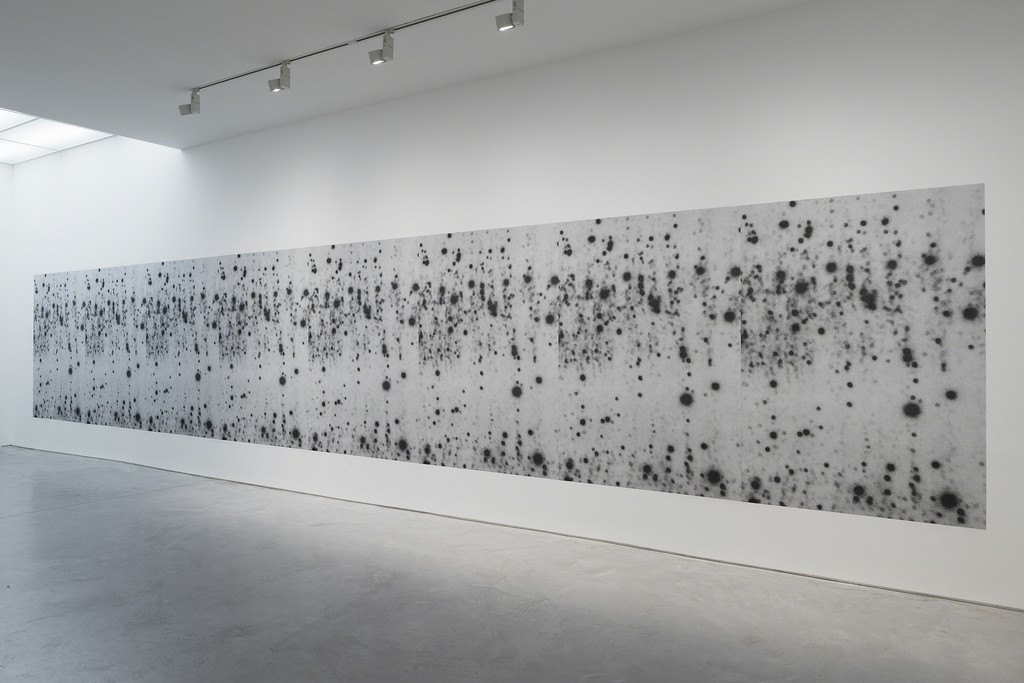 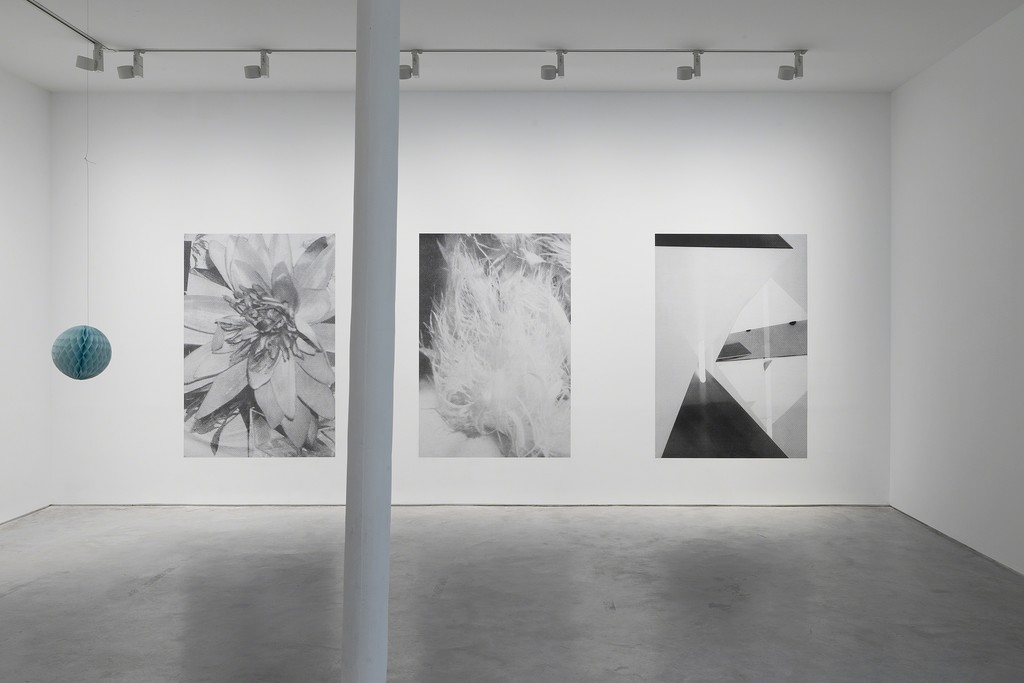 Always in a deliberately economical aesthetic and radically sober presentation mode (without framing or any speci c setup), for his new exhibition, at Art : Concept, Pierre-Olivier Arnaud continues his re ection on the production of images. Despite the omnipresence of photography, his work is more like that of a visual artist, whose raw material is images, either shot by himself or not.
The artist brings together works created since 2015, a corpus of images (playstill) harvested from
the daily press - close-ups and details of advertising images in most cases - or during urban strolls. This hazardous parade favours photographs of shop windows and store signs. Systematically silk-screen printed in a single format (176 x 120 cm) and glued to the wall, the images conform,
at least in appearance, to their status as public images. Although never claimant, the critical dimension looms behind them like a watermark. In many respects, this approach also evokes the surrealist attitude; the practice of wandering and the place left to chance-meetings one hand, and the subject-choices of the displayed objects on the other. Modernist photography of the 1920s, with which Pierre-Olivier Arnaud’s proposals share an ambivalent movement of critical fascination with the
object and merchandise, is not far away either. With this difference: That the artist’s procedure - enlargement, desaturation, framing and pixilation to the extreme - annihilates any relation to reality and creates a kind of space-time impossibility, reaf rmed by the title, un autre halo (another halo), fragment of a sentence without capital letters, without beginning or end.
Within this assumed and claimed low de nition, the source object is unidenti able, unrecognizable, lost. The artist only preserves its abstract character and turns it into a pattern. A pattern that sometimes becomes repetitive. This is the case of untitled (play still_14) sort of ickering or negative constellation that spreads onto an entire exhibition wall. How to tell the original from its copy?
A legitimate, yet fruitless, interrogation. Never mind, the original is lost amidst the stages of creation. It is the very future of the photographic medium that is at stake, reproduction (paper or digital)
and declination asserting themselves as the only possibilities of survival. The artist offers us only prototypes that plunge the viewer into a suspended time, an “in between” in which everything still seems possible.
Julia Mossé // translation Frieda Schumann