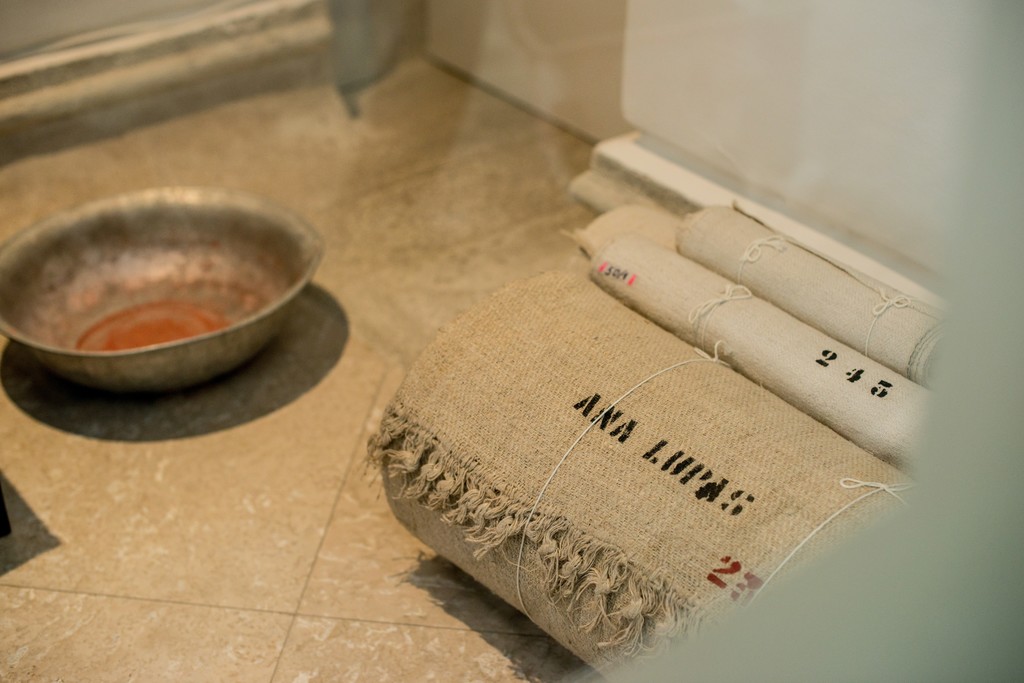 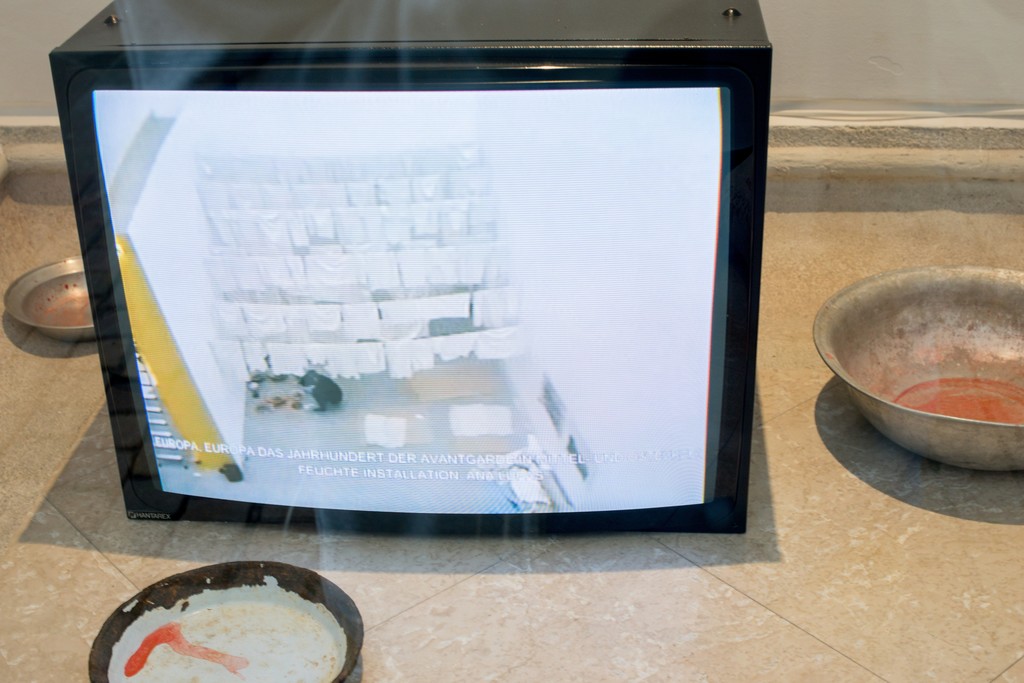 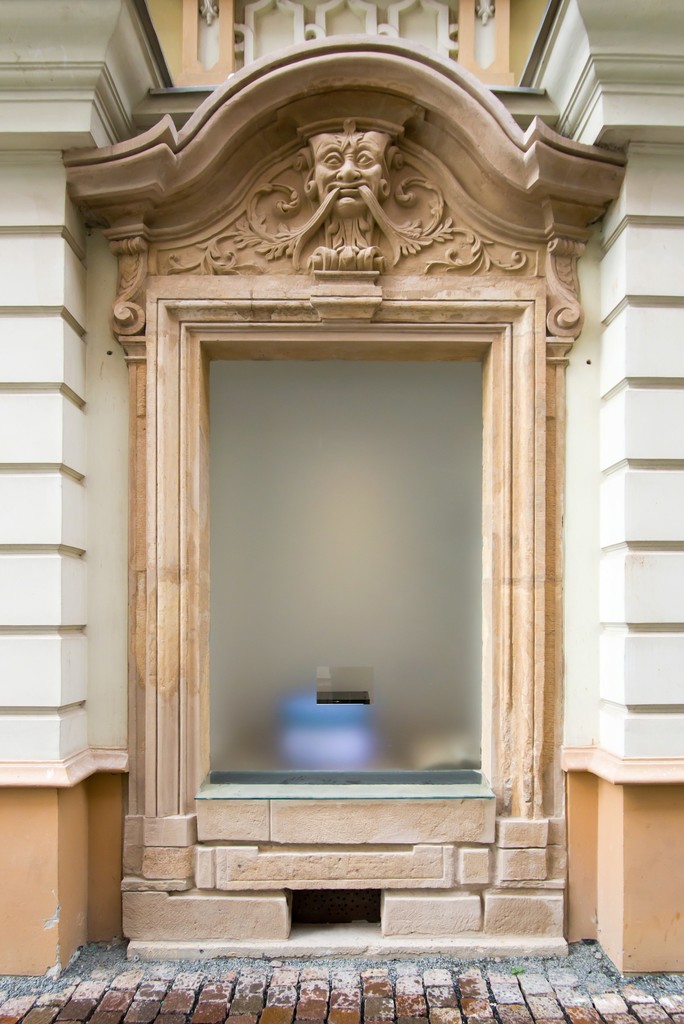 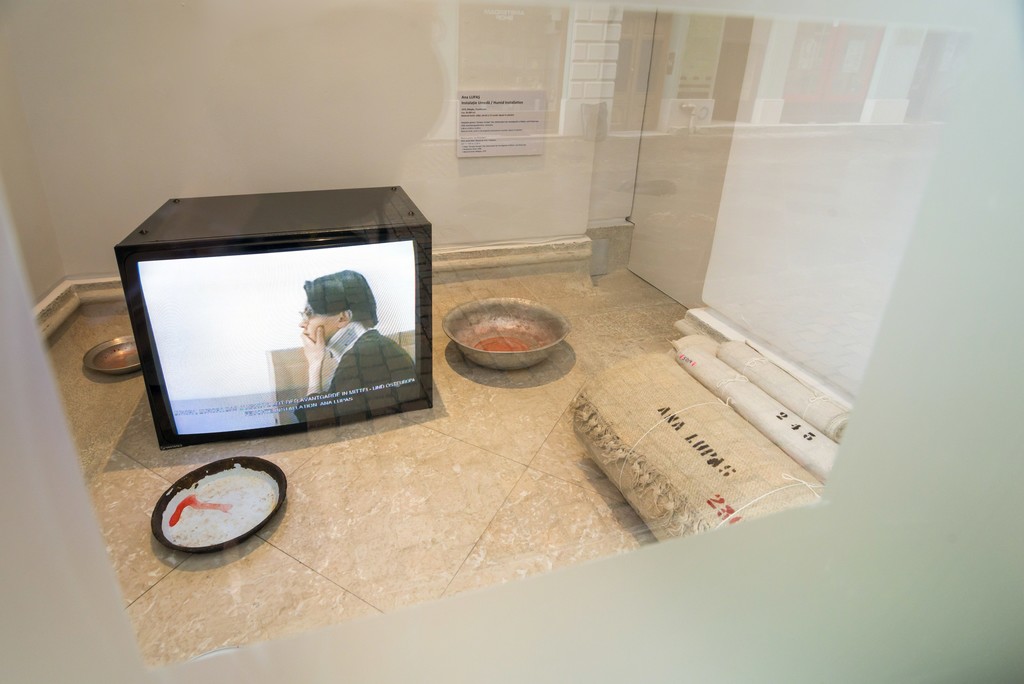 Humid Installation dates back to 1970. I conceived it as a vast action, covering large expanses of space, for Margau village in Transylvania. The work represents the extension of an older action, entitled The Flying Carpet, which took place in the Grigorescu district of Cluj in 1966.

To achieve Humid Installation, I worked both with a participatory model (over 100 persons were involved) and the principle of “re-contextualization”: the domestic gesture of hanging out the laundry was invested with new functions and meanings. The installation was predicated on the idea that based on two stable coordinates – space and time – it could keep on developing, virtually to infinity.

I assigned myself the role of an initiator – during the action, the participants held this position, under the aegis of a social practice that consisted of an aesthetic model. Humid Installation rallied an entire community together in one action and in a particular place, focusing on aspects that acquired a unique value, both historically and socially.

At the exhibition Europe, Europe: A Century of the Avant-Garde in Central and Eastern Europe, held in Bonn (1994), Humid Installation was reconstructed for the first time, but in a concentrated form, and it was translated into other media, understanding this as a process of conservation (in the sense of a “tin” enclosing things as they were), aiming to establish a documentary reference to the historical action and, at the same time, trying to express, once again, the emotionality of the previous work.

The amplitude (volume) of the action was given by the dimensions the work acquired through the participation of over 100 subjects. The concept proved to be correct for producing an “oeuvre” and it also proved to be suitable for planning a massive action, theoretically innovating. The programmatic artistic situation provides us with an answer to two questions: Who (the artist in her new status) and for whom?

In this context, the individual (S) can no longer be himself or herself without concomitantly also being the others. From this perspective, he/she is simultaneously one and many, attesting to the specificity of such a cooperation. Behavioural patterns, engendered by a tradition that has been validated for several millennia by being kept alive in the community’s consciousness, acquire a new form and turn into an artistic act; thus, they gain a symbolic value representing the basis of the peculiar conditioning of human existence.

As this new status (as a work of art) is consciously perceived by the subjects (100 S), these traditional behavioural patterns acquire, by virtue of the simplicity of their basic structures, a timeless and universal significance, as well as a profoundly ethical importance; they represent a form of expressing human labour, as it is handed down across generations, allowing the latter to recognize, again, themselves in their own symbol. Thus, the ultimate goal of linen washing is achieved, for each individual, through an aesthetic act, enabling these subjects to identify themselves, through this symbol, as members of the community.

The result of the concept launched in 1970 was a special moment which proved to be repeatable in terms of its intentionality and unrepeatable in terms of its finality; in 1994, Humid Installation underwent a conservation process (in the sense of a “tin” enclosing things as they were). As a formula that is entailed by a limitation (indoor exhibition) and a condensation (an area of 25 sq m), the installation maintains its mobility and its ephemeral character; it also acknowledges the value of this peculiar activity, primarily as a practical gesture that pertains to the rhythm of daily chores, such as hanging out the laundry – which, however, is endowed here with the force of a symbol. The installation also transforms the trenches dug in the ground during the action of 1970. Vessels become the containers of the very last drop of humidity, which, in the new situation, becomes visible through a drop of blood – red (crimson).

Humid Installation should be read in conjunction with the vision I have had, during this period of the 1990s (as well as in 1985), about art and its universal borders, namely, that it was static. That is why, over the course of the past decade and a half, I have consistently adopted this kind of intervention, as a personal solution, for avoiding to get into conflict with myself, in this of all places, where I agree with “restorations”.