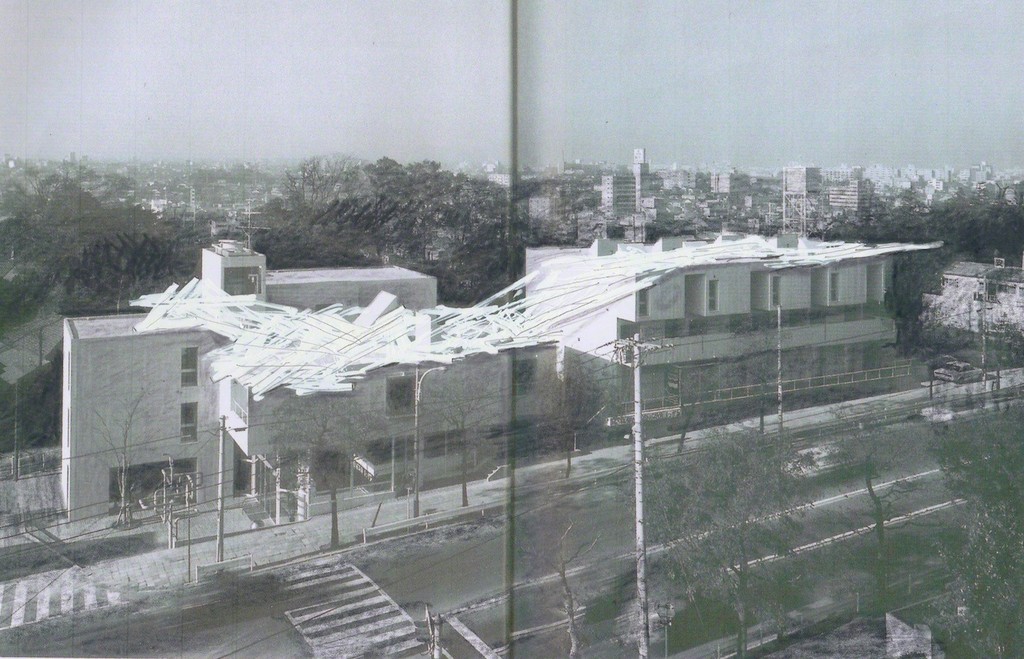 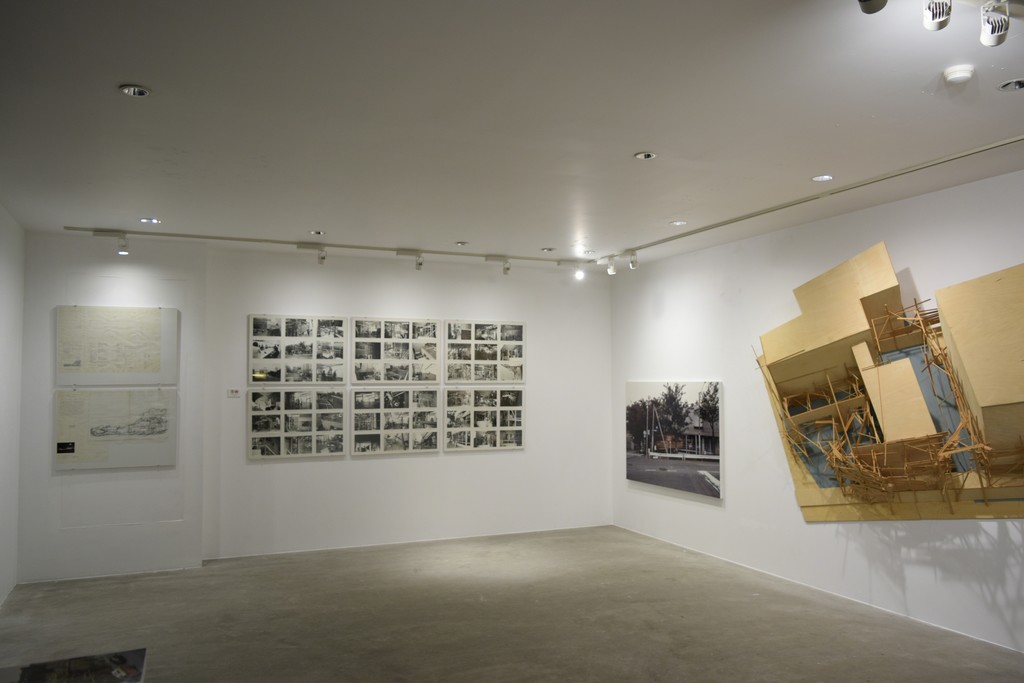 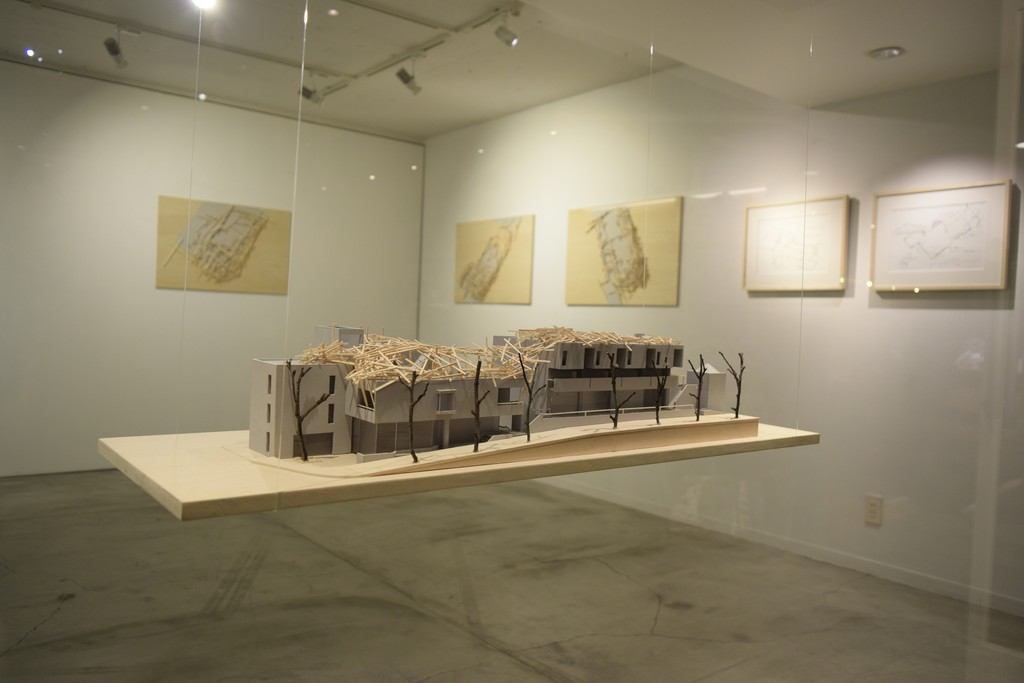 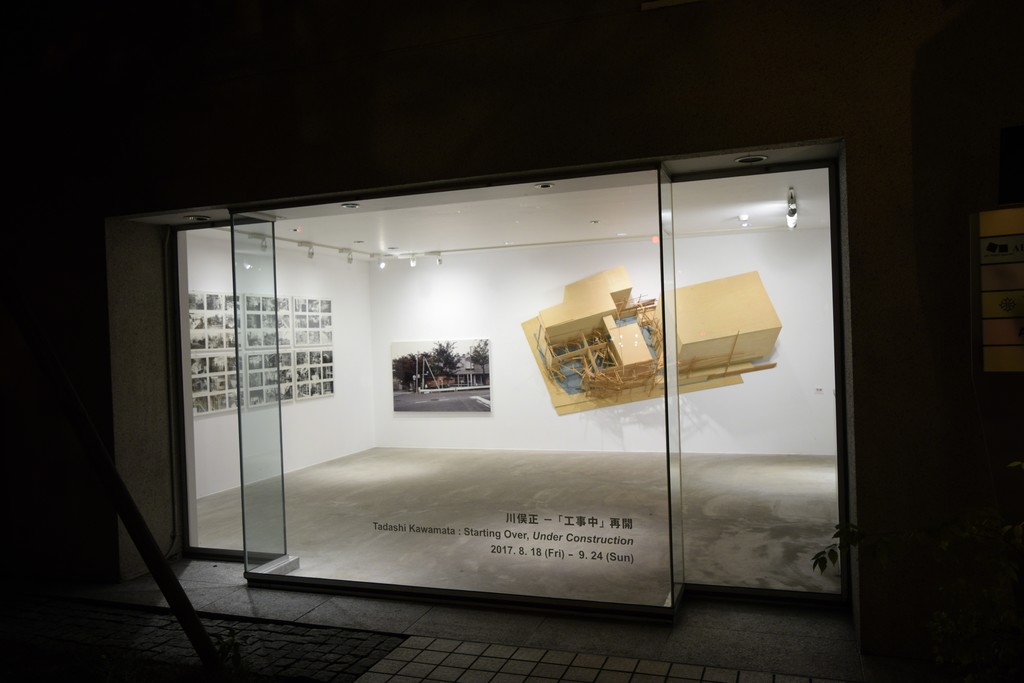 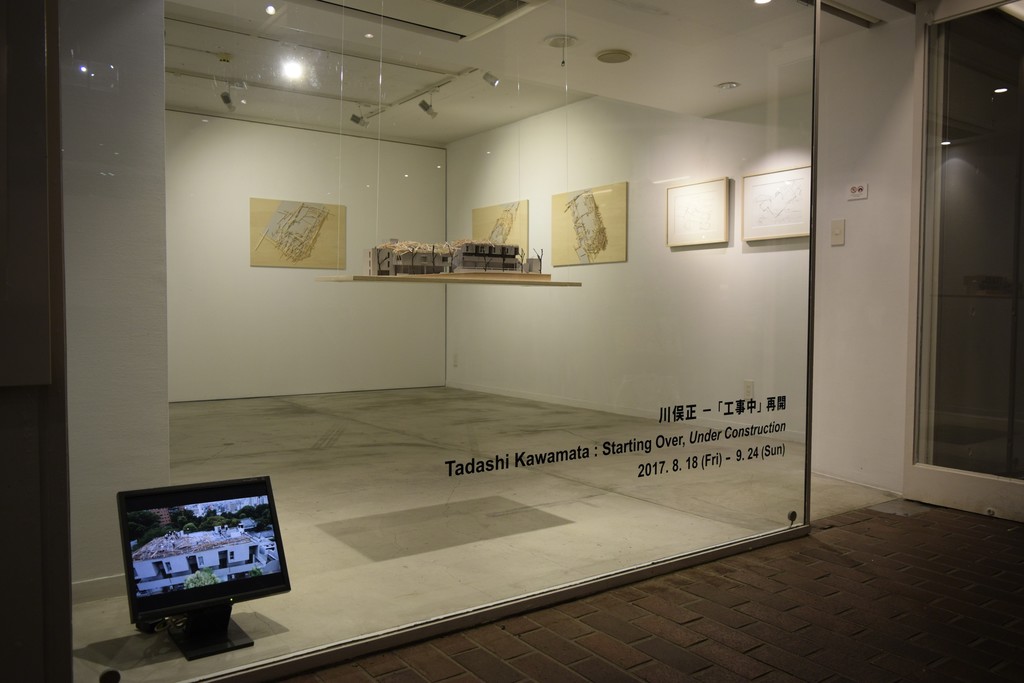 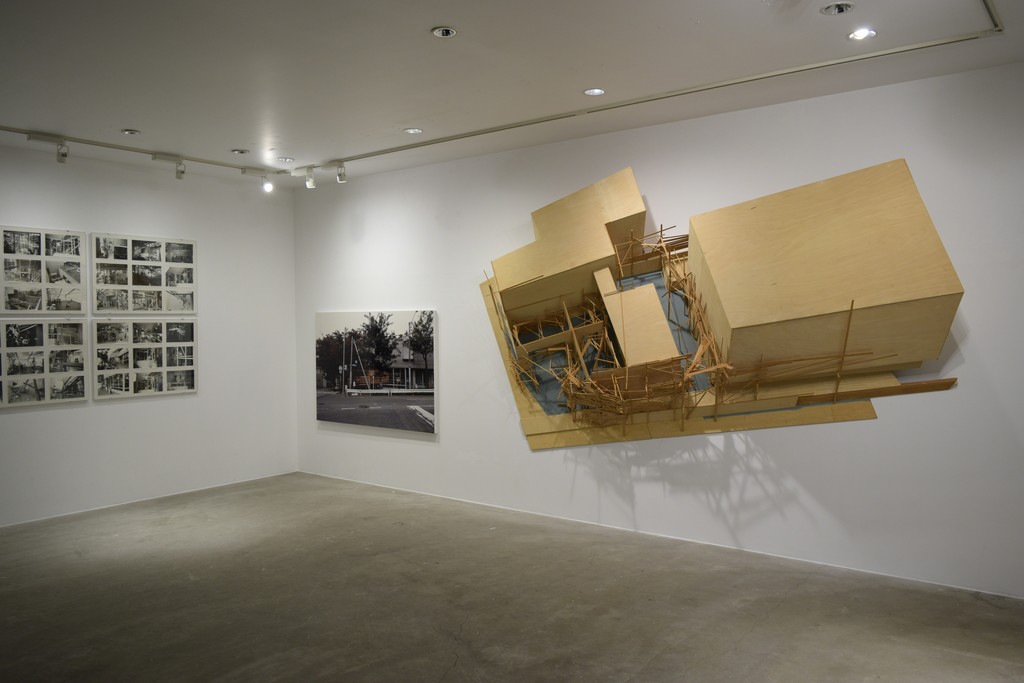 Art Front Gallery presents solo exhibition of Tadashi Kawamata.
Since the first year when Art Front Gallery started organizing exhibition in 1984, Tadashi Kawamata showed was involved to show “Under Construction” exhibition. Art Front Gallery has been working many years with the artist since then, organizing solo exhibitions of the artist at the gallery till mid-nineties, working together for public commissions and Echigo-Tsumari Art Triennale. Recently, Kawamata was also involved in exhibitions which Art Front has worked for artistic curation, such as “East Asia Cultural City, Nara” (2016) and “Japan Alps Art Festival” (2017) http://shinano-omachi.jp/.
Back in 1984, Tadashi Kawamata worked on a large-scale installation “Under Construction” using lumbers at Hillside Terrace in Daikanyama, Shibuya, Tokyo. Using the opportunity of renovation construction of the building itself, the project was meant to expand to the whole building complex and to be exhibited for a while. It is hard to imagine of the impact to the city that the project brought at that time in the 80s from our eye today when we are able to find temporary art exhibition within the real-life situation in cities. The project had to be removed in a week by the objections from the shops nearby.
Since 1999, Kawamata worked as a jury member of the Daikanyama Installation biennale exhibition which was a pioneer exhibition in Japan held in city corners outside any gallery space. http://d-insta.com/about.html
The exhibition was held until 2013 when they decided to stop the exhibition as they have already reached a certain goal to introduce a possibility for art to incorporate or to react to the already existing sites in the city. Seeing the situation of the status of art being familiarized within the city scape, the artist frequently thought of what he himself would do if he was not the jury member.
The exhibition plan started initially as a “revenge” exhibition of the lost “Daikanyma Installation” exhibition. Adding the his experience from “Under Construction” exhibition in 1984, chosing the same building he worked in 1984, the artist is trying to update and search for a way how art, city and the specificity of the site can combined today.
In this 30 years, the city environment, in Daikanyama has changed. He says that it is very important to consider this change of environment, as well as how the relation of site and art has changed today from the past. Kawamata came up with a plan to work on a rooftop plan for hillside Terrace, which can be viewed from a pedestrian walking bridge to cross a street. The bridge is announced to be taken away in one or two months after the exhibition by the metropolitan government by the long petition of the residents and shops. The artist’s idea is to work with temporary project which is created based on a viewpoint which would be lost forever. The artist is also intending to let visitors go up on the rooftop on a certain day. In the gallery space, drawings and models from the 1984 exhibition would be presented along with the works based on our new rooftop project. The exhibition will be the new starting point to connect the work and city after its first adventure in the 80s.
Toshio Kondo Art Front Gallery