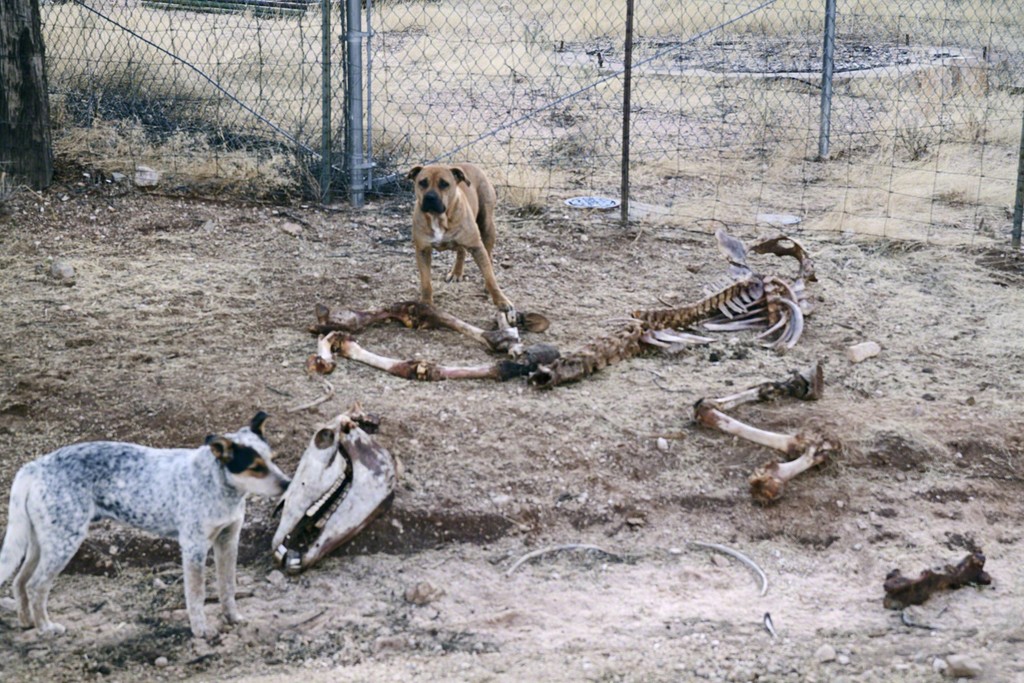 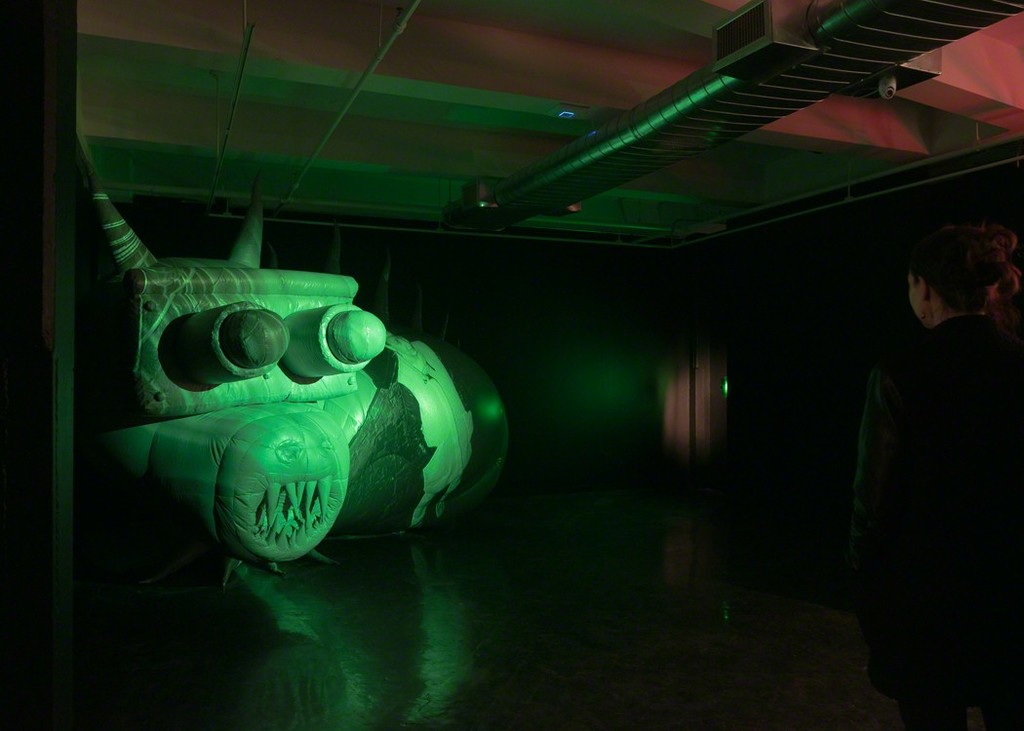 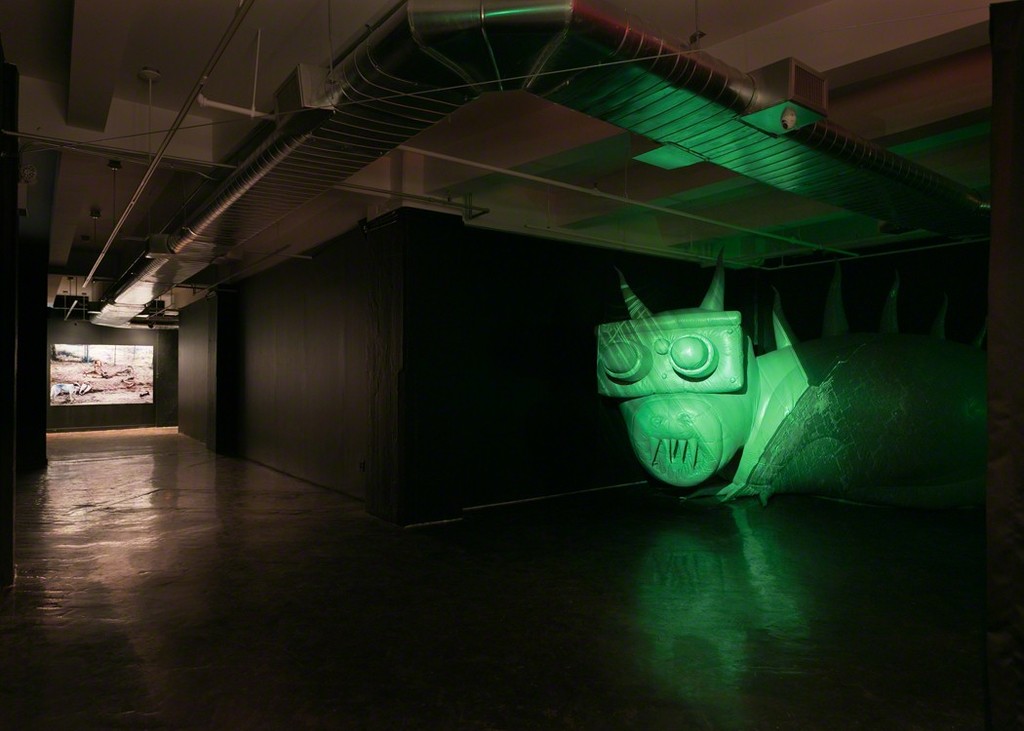 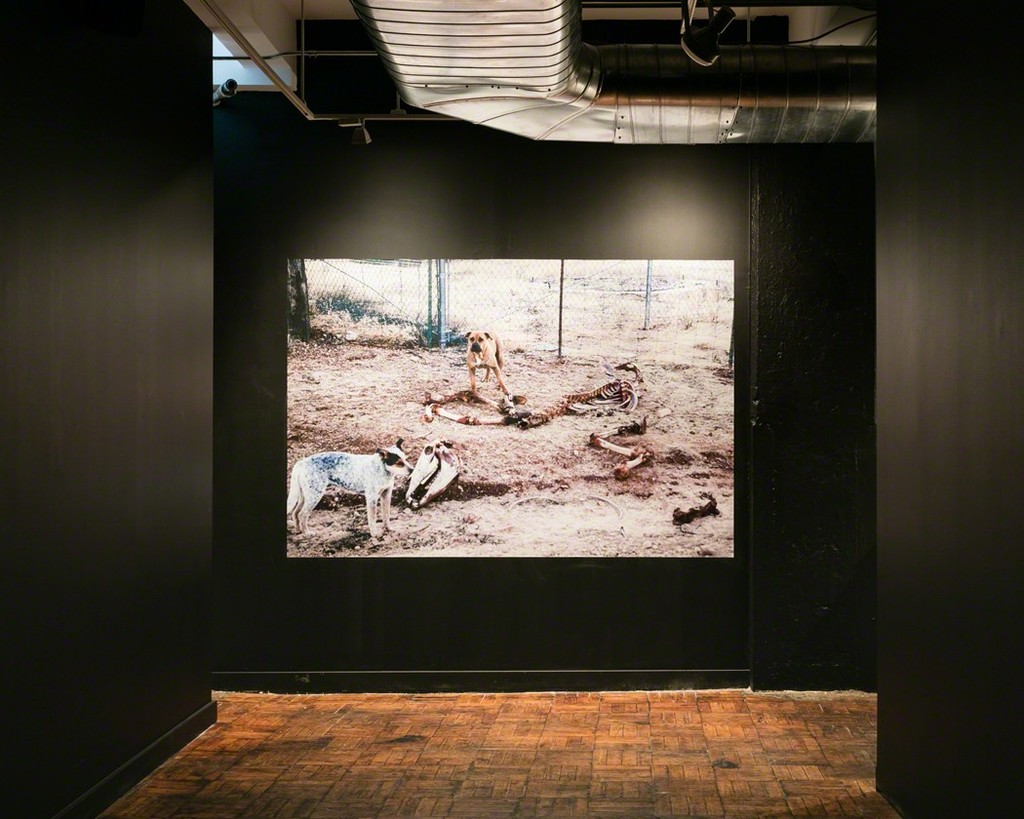 Exhibition Features Newly Commissioned Work,
Exploring the Use of Decoys at the US-Mexico Border

NEW YORK—FEBRUARY 10, 2017—On March 24, Art in General will present a newly commissioned installation by arts collective Postcommodity, marking the group’s first solo exhibition in New York. Composed of artists Raven Chacon, Cristóbal Martínez, and Kade L. Twist, Postcommodity’s multidisciplinary practice reveals and examines Indigenous cultural narratives and their relationships to broader social, political, and economic dialogues and actions. For the exhibition titled Coyotaje, Postcommodity continues its several years-long investigation of the military and economic life of the US-Mexico borderlands, highlighting the complex dynamics between US Border Patrol, the communities living in the San Pedro River Valley region, and individuals moving across the border. The exhibition is made possible through Art in General’s New Commissions Program, and is part of the Brooklyn nonprofit’s season-long exploration of the politics related to geographic boundaries and the histories, possession, and accessibility of land.

“Coyotaje moves the conversation on border security beyond simplistic, mass-oriented appeals, and instead examines the real-life experiences of those living and moving near and around the border. An incredibly relevant topic in the US over the last several years, Postcommodity’s work breaks down some of the arbitrary and falsely-created barriers among peoples of this region, and looks to establish new constructs that speak more readily to the social, geographic, and cultural histories of these borderlands,” said Kristen Chappa, Art in General’s Curator and Programs Manager, who organized the project. “Art in General is thrilled to make possible Postcommodity’s first New York commission, especially at a time when expanding awareness and understanding of these histories and realities is so essential.”

As part of the project, Postcommodity engaged the US Border Patrol in a dialogue on the role of decoys in its offensive and defensive operations. Decoys are sometimes used by US Border Patrol to apprehend individuals trying to cross the border, to push passage in specific directions, and to discourage illegal crossing into the United States. Given that many individuals encounter decoys in darkness, they have become shrouded in mythology, taking on auras and personas drawn from local folklore and oral traditions.

Coyotaje will feature a large-scale inflatable sculpture inspired by Postcommodity’s conversations and their intimate knowledge of the Douglas/Agua Prieta landscape, as well as a multi-channel sound work that references sonic decoys used by border agents. Conceived as potentially functional decoys, the works highlight the peculiar nature of these forms, as they represent both the tactical needs of agents and the cultural manifestations of those who encounter them. The exhibition will also include didactic materials and other works created by Postcommodity that further articulate a range of perspectives and narratives on the subject. Details on possible interactive components are currently in development.

Postcommodity will also be featured in the upcoming editions of the Whitney Biennial and documenta 14, both of which will highlight the group’s previous work of similar subject.

ABOUT POSTCOMMODITY
Postcommodity was formed in 2007 by Raven Chacon, Cristóbal Martínez, and Kade L. Twist, and has previously included other artists living in and around New Mexico and Arizona. Postcommodity’s art challenges commonly accepted frameworks on Indigenous history and culture, and highlights the ongoing assaultive and colonizing approach of the global market and its supportive institutions. Postcommodity promotes constructive discourse on increasingly challenging subjects in our globalized, contemporary world, particularly on the destabilization of communities and geographies. Postcommodity has presented work across the U.S. and around the world, including in Australia, Belgium, and Canada. In 2015, Postcommodity installed the much-acclaimed public work Repellent Fence at the US-Mexico border near Douglas, AZ and Agua Prieta, SON, marking the creation of one of the largest public art installations by two nations.

ABOUT ART IN GENERAL:
For more than 35 years, Art in General has supported working artists, recognizing their essential contributions to public discourse and the creation of vibrant and engaged communities. Through its New Commissions and International Collaborations programs artists are given financial support to produce ambitious new projects, as well as invaluable guidance on conceptualizing, executing, and promoting their exhibitions and collaborations. Work produced through these programs is presented at Art in General’s gallery in DUMBO as well as at partner organizations in New York and abroad. Each year, Art in General also hosts the What Now? symposium, a two-day event that invites artists, curators, writers, thought leaders, and the public to engage with timely and critical issues in artistic and curatorial practice. Art in General has a long and illustrious history of working with emerging and underrepresented artists that have gone on to critical acclaim, and offering support that will have a lasting positive impact on artists remains the cornerstone of its vision and program.

General Support of Art in General is provided by the Institute of Museum and Library Services; the New York State Council on the Arts with support of Governor Andrew Cuomo and the New York State Legislature; the Toby D. Lewis Donor Advised Fund of the Jewish Federation of Cleveland; the Cowles Foundation, and by individuals. This program is also supported, in part, by public funds from the New York City Department of Cultural Affairs in partnership with the City Council.