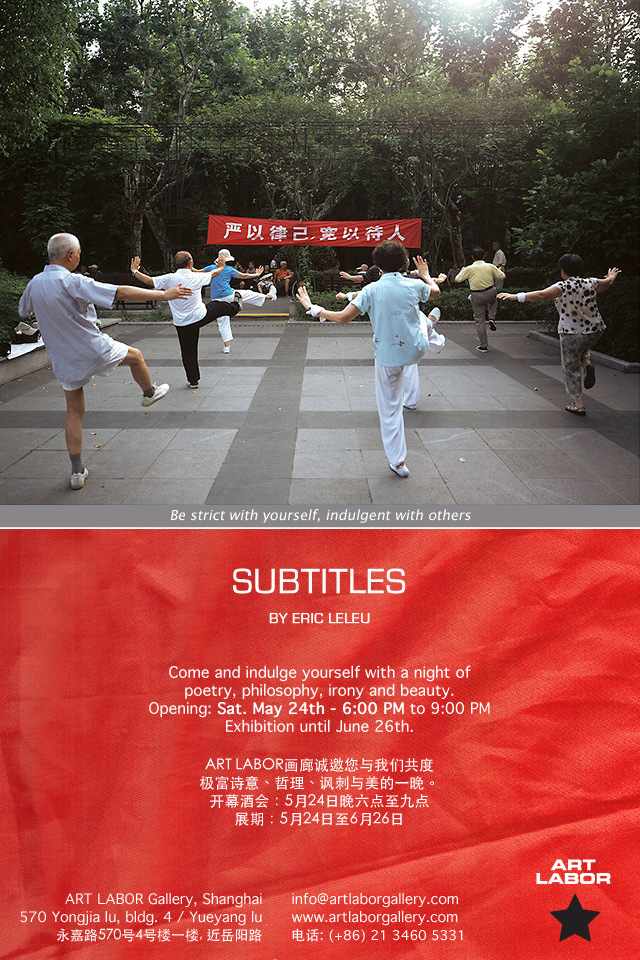 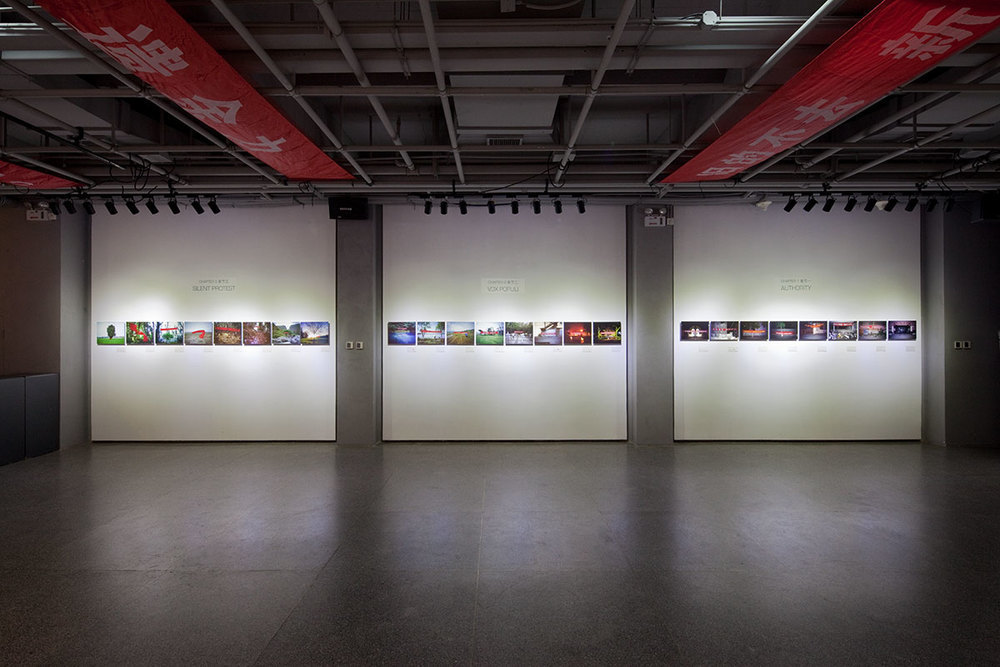 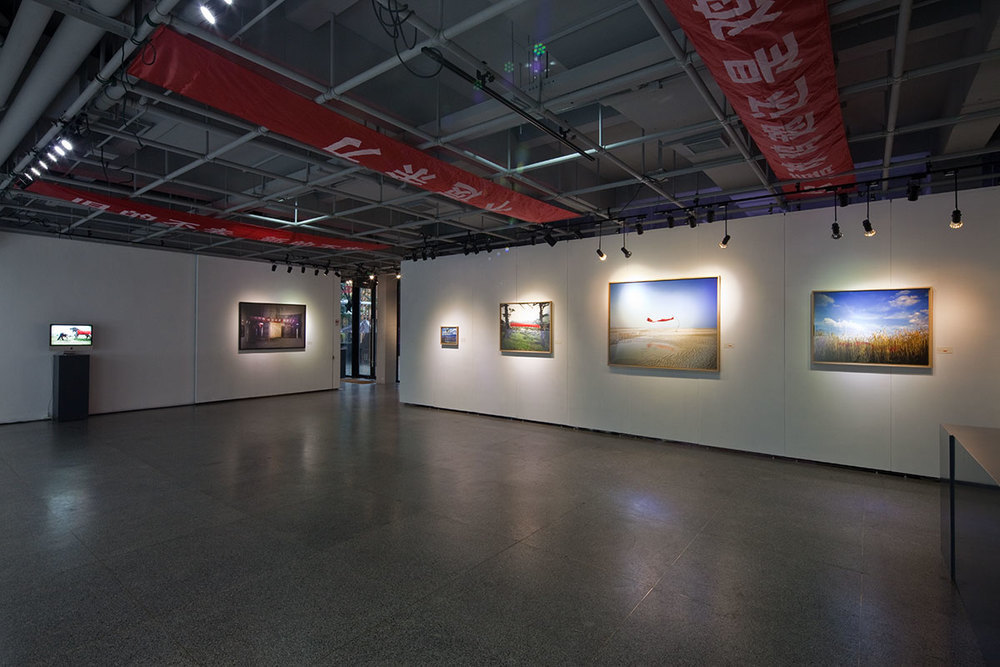 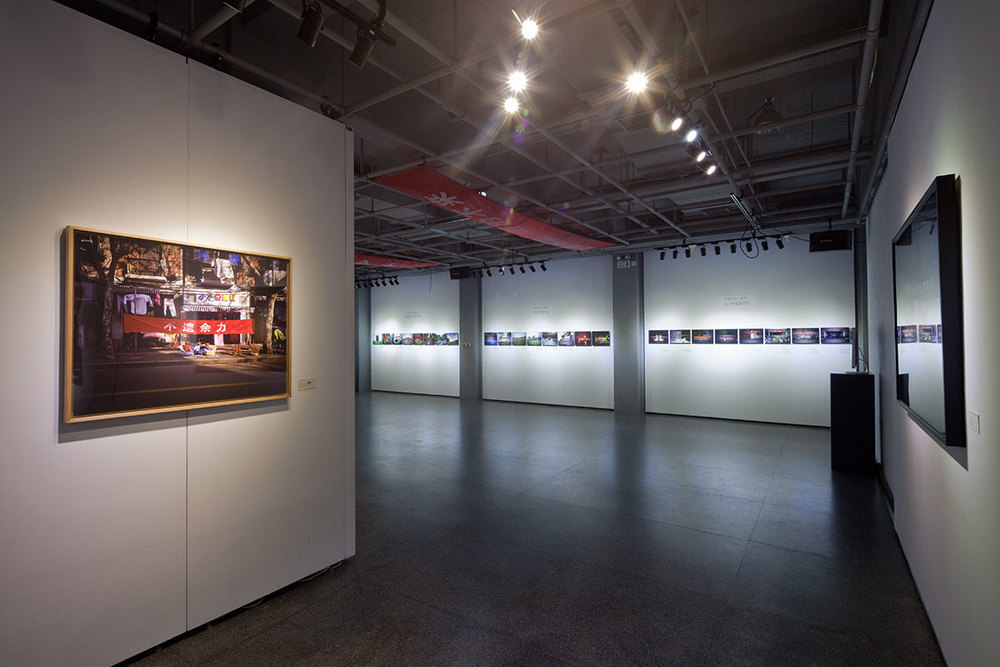 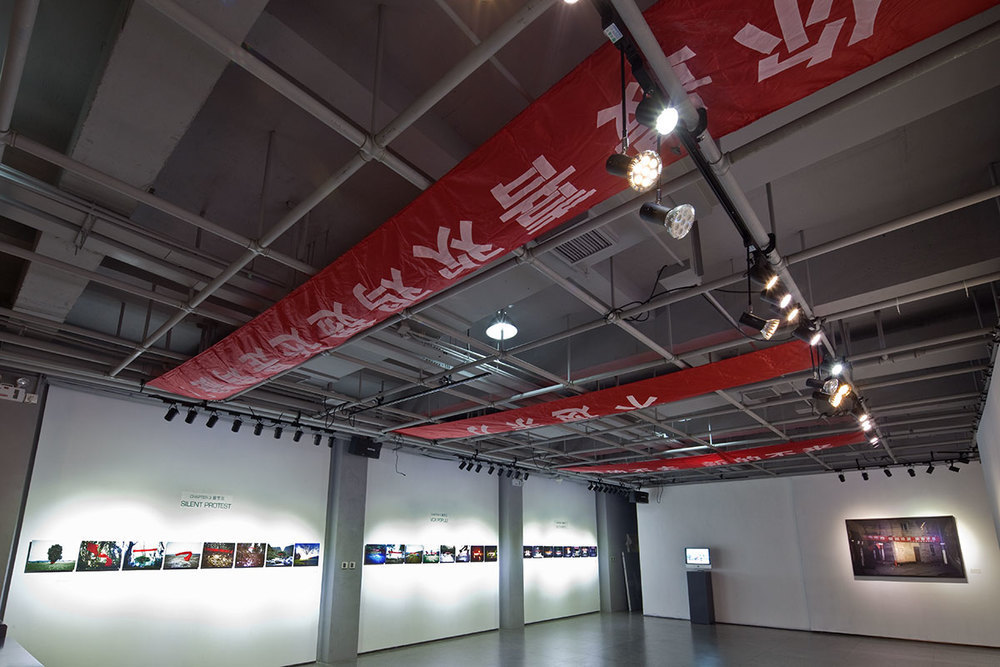 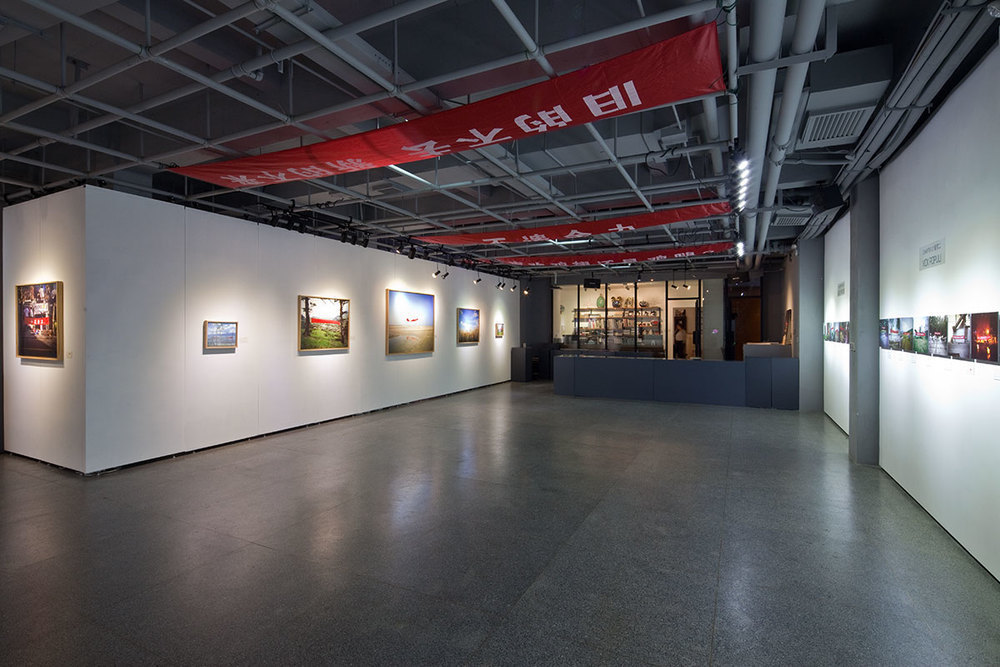 In 2009 Eric Leleu began photographing the huge red and white text banners erected around China instructing the populace in everything from how to park their cars to stern reproaches to “Return to Reason”. Leleu conducted his research on the back of a scooter, losing himself in remote parts of the city between 11pm and 4am and photographing the signs under the harsh, forensic flash of his Leica in an attempt to better understand the art of one way conversation.

Having shot hundreds of authentic government banners, Leleu extended the project by printing and photographing these ubiquitous red banners with slogans of his own choosing in simplified Chinese. His versions reject the patronizing tone of official banners in favor of words lightly poking at China’s excesses and wryly champion its line dancing, dog dressing individuals. On one of several audacious adventures, Leleu also traveled to the Great Wall, sneaking in before sunrise to erect a banner that reads “When The Storm is Coming, Some People Build Walls, Others Build Windmills.”

In a further extension of the “Subtitles” series, Leleu began photographing the brilliant red, wide-format banners stripped of text altogether, allowing the graphical power of the signs to play freely, devoid of doctrine.

Works from all three chapters of “Subtitles” — Chapter 1: “Authority”, Chapter 2: “Vox Populi”, and Chapter 3: “Silent Protest” — will be displayed during the exhibition.