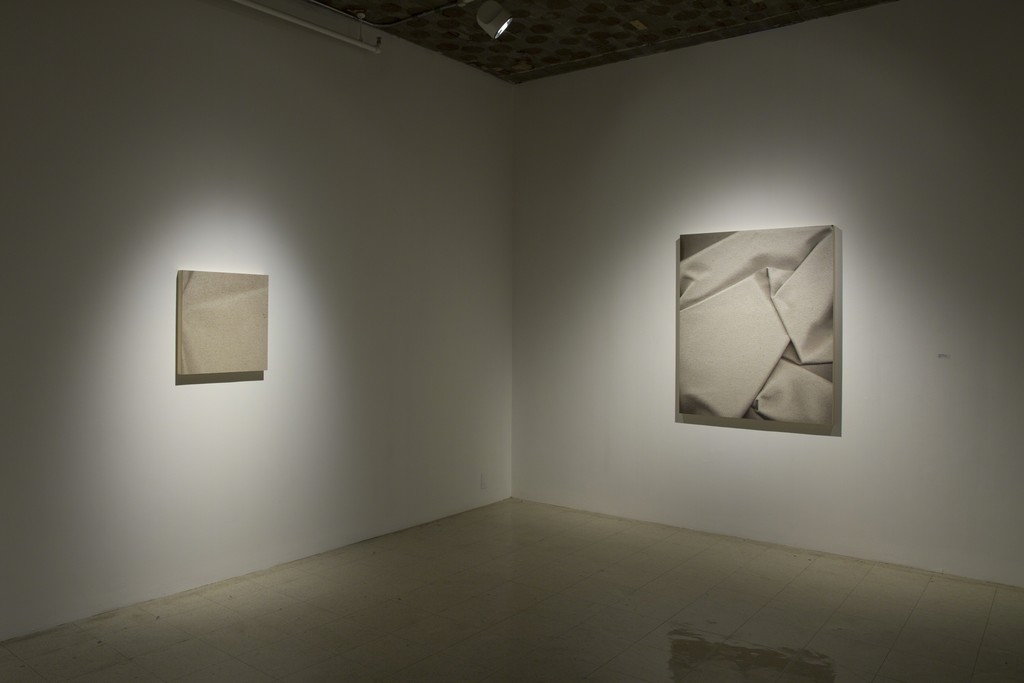 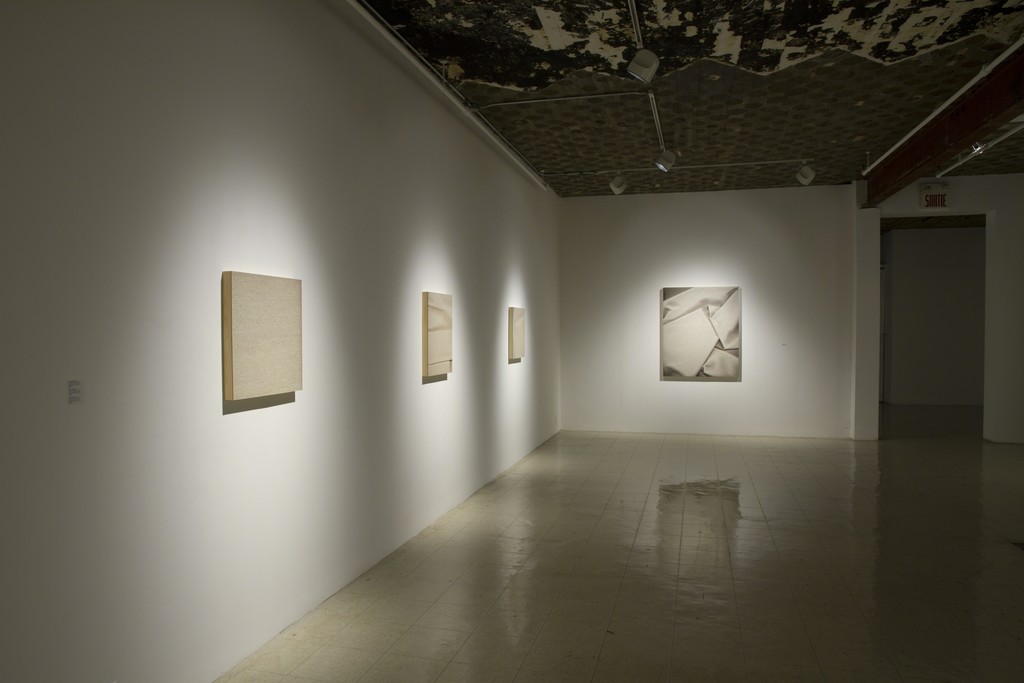 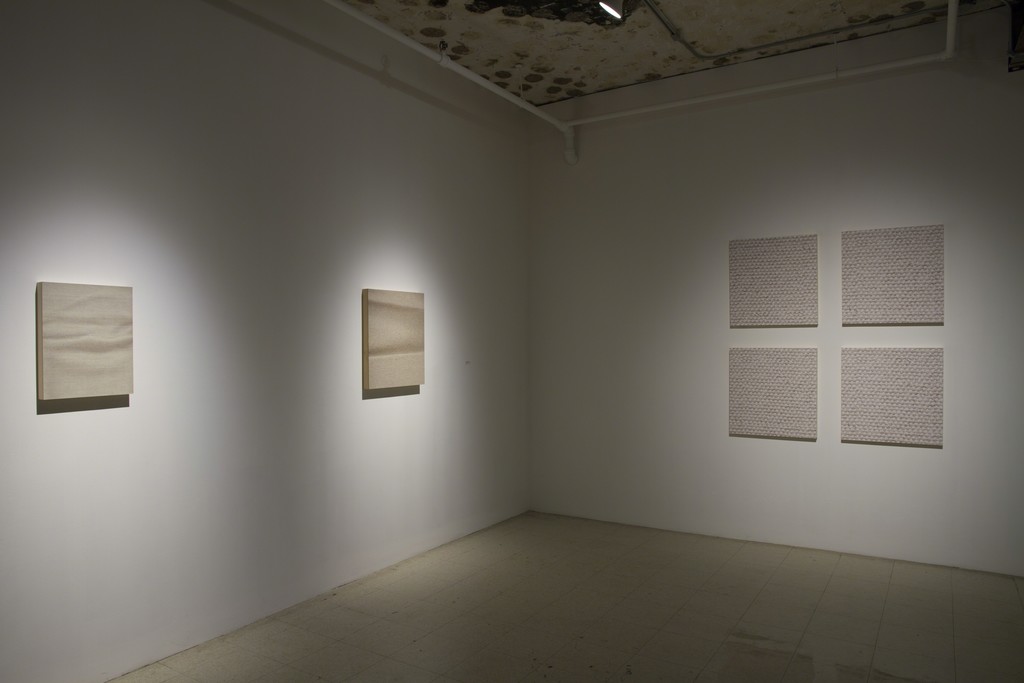 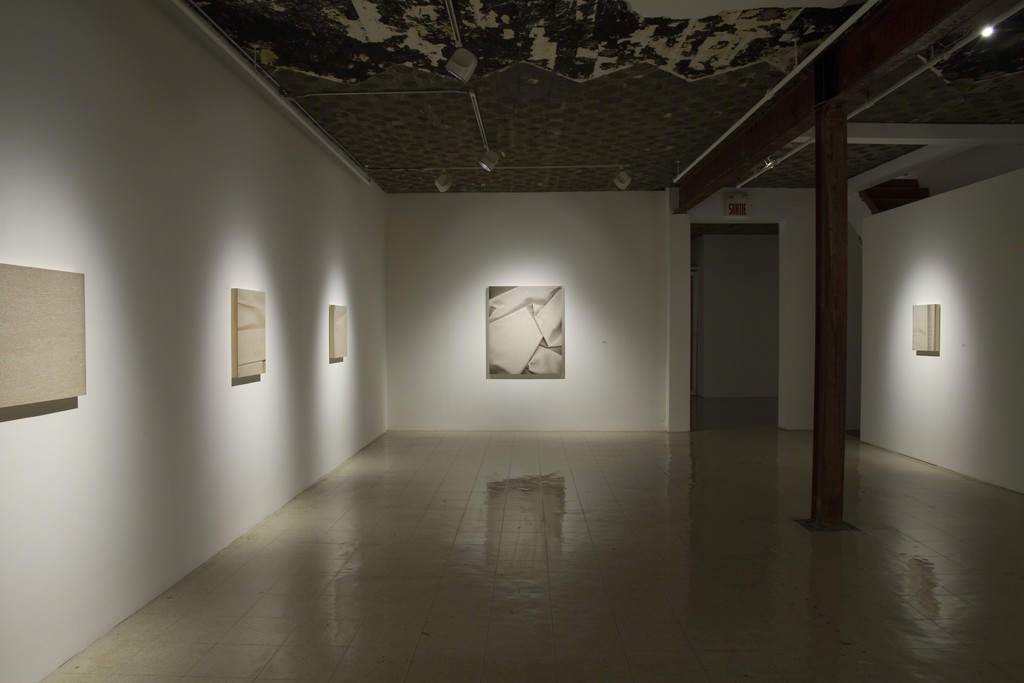 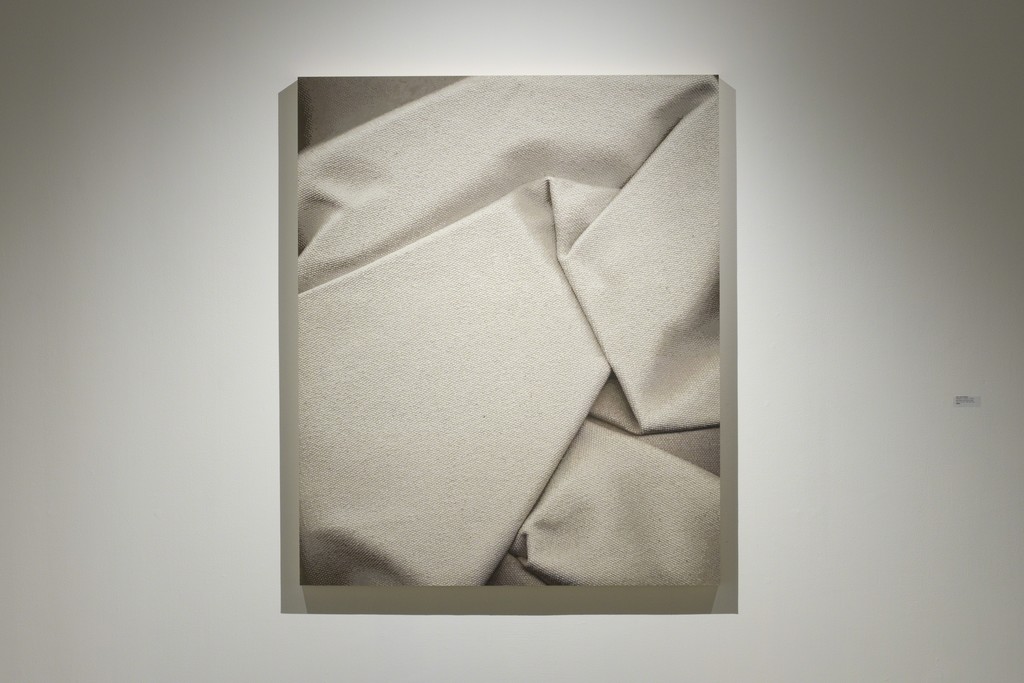 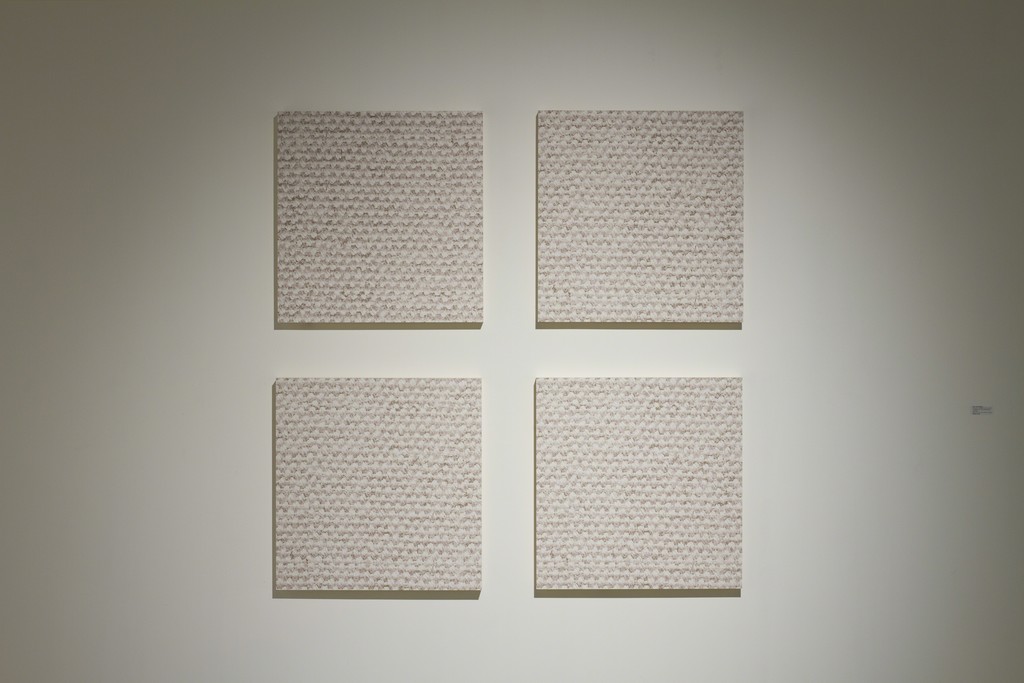 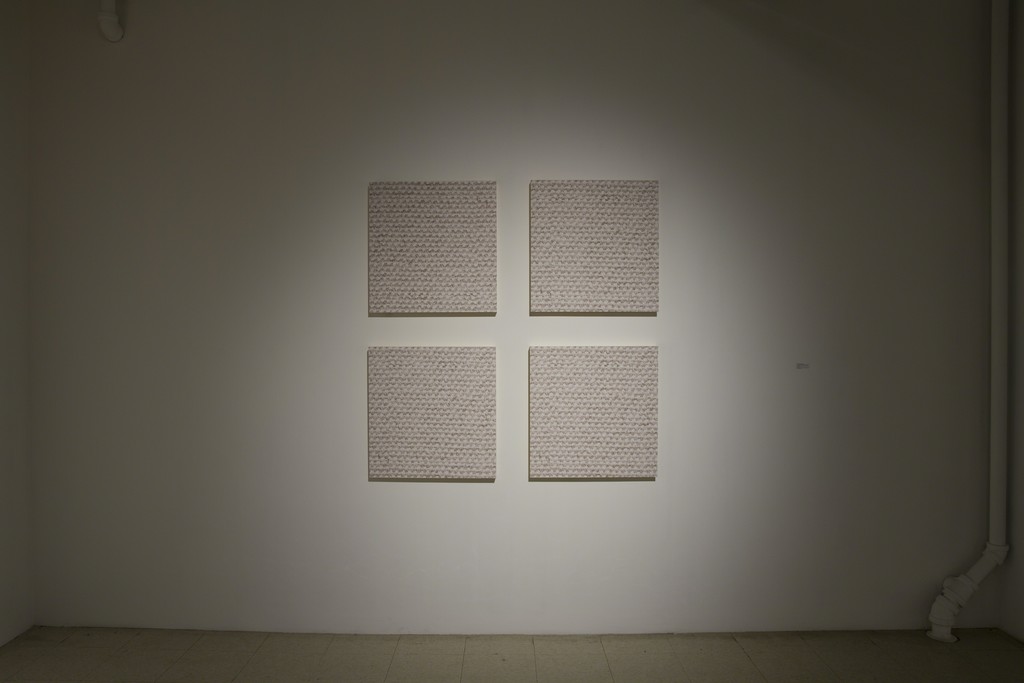 What does it mean to paint a canvas? Taking a cue from this common expression, Éric Lamontagne’s exhibition To paint a canvas playfully takes as subject matter the textured fabric of raw canvas.

While Lamontagne’s warm grey and sombre beige monochromes might seem instantly recognizable as unpainted canvases, painterly brushstrokes uncover their illusory nature. Seeing as the works are created on wood, the rigid surfaces of the canvases are created by brushstrokes. Rather than exposing raw canvas to break the illusion of the pictorial space, Lamontagne embraces illusionism and recreates the textures and patterns of surfaces usually hidden beneath layers of paint. The works do not reveal or uncover what is usually beneath an image according to the representational model of traditional painting, but reproduce an illusion of the absence of representation. Lamontagne’s painted canvas, however, are still representations.

The textured folds recreated with paint recall the textural details and enveloping folds of clothing or drapery often found in the history of painting. Highlighting questions of representation, the fold here creates ambiguity between the presupposed boundaries separating reality from representation, content from form, and surface from depth. Here, they become folded into one another; that which is traditionally used to support the image becomes the image.

Lamontagne works by digitizing various folded pieces of canvas. These digital images are then vectorized and transformed into digital code, which magnifies or distorts the surface of the canvas. The artist meticulously reproduces the digital interpretations of canvas surfaces on pieces of wood. Despite this highly scientific process, visible brushstrokes and the materiality of paint invite a reconsideration of the highly realistic surfaces of trompe-l’oeil painting. Threading the line between hyperrealism and abstraction, Lamontagne’s works reveal the unexpected through magnification. The digital images are also used to create a series of silkscreen prints, which destabilize notions of authenticity and the singularity traditionally associated with painting. Slight imperfections and Lamontagne’s manual retouching of the silkscreens are traces of difference.

The works in the exhibition playfully embrace traditional representational techniques: the flatness of the support and the use of paint to create the illusion of three-dimensional space, or in this case, canvas. Lamontagne’s choice of subject matter, perhaps ironic or absurd, invites a reconsideration of representational painting. Despite their illusionism, the trompe-l’oeil paintings poetically push up against the limits of painting. Lamontagne’s works confront viewers with a playful optical illusion by inviting us to reconsider what it means to paint a canvas.