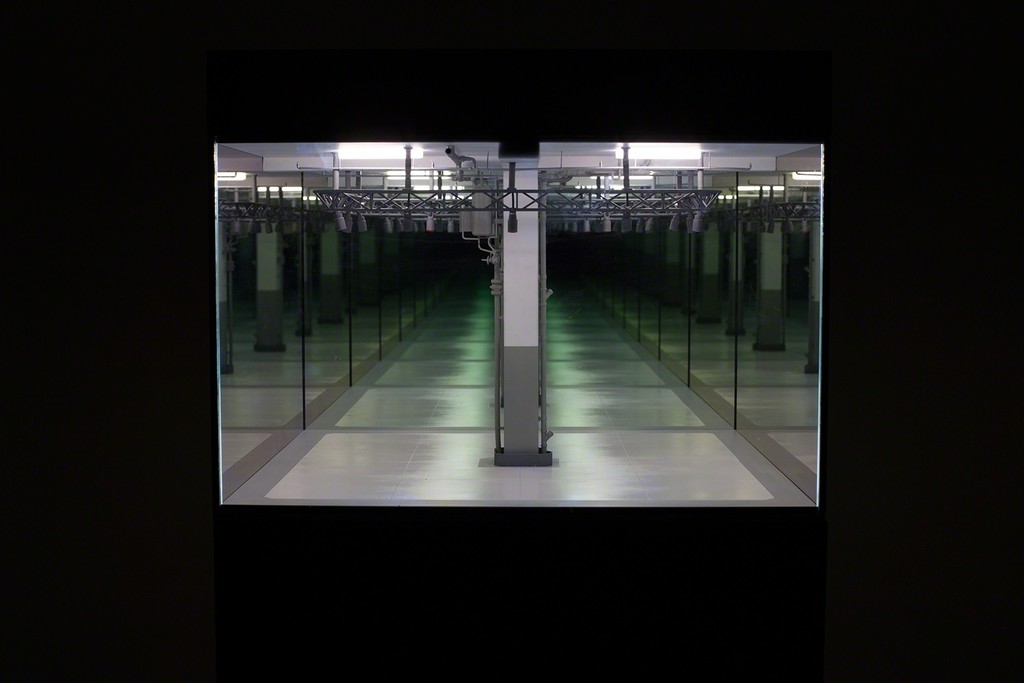 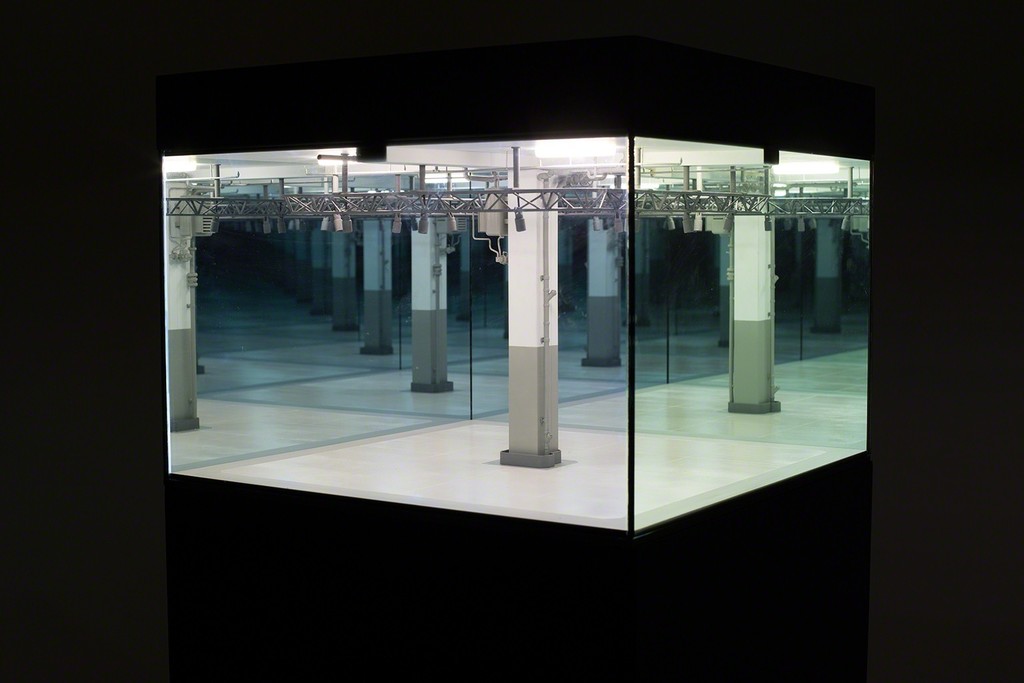 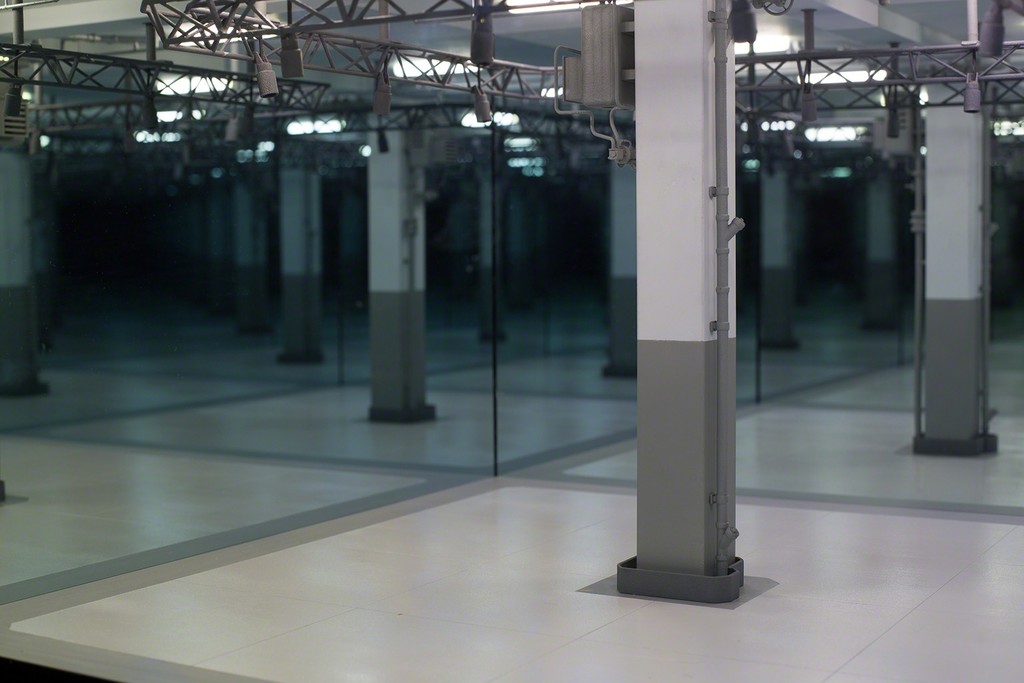 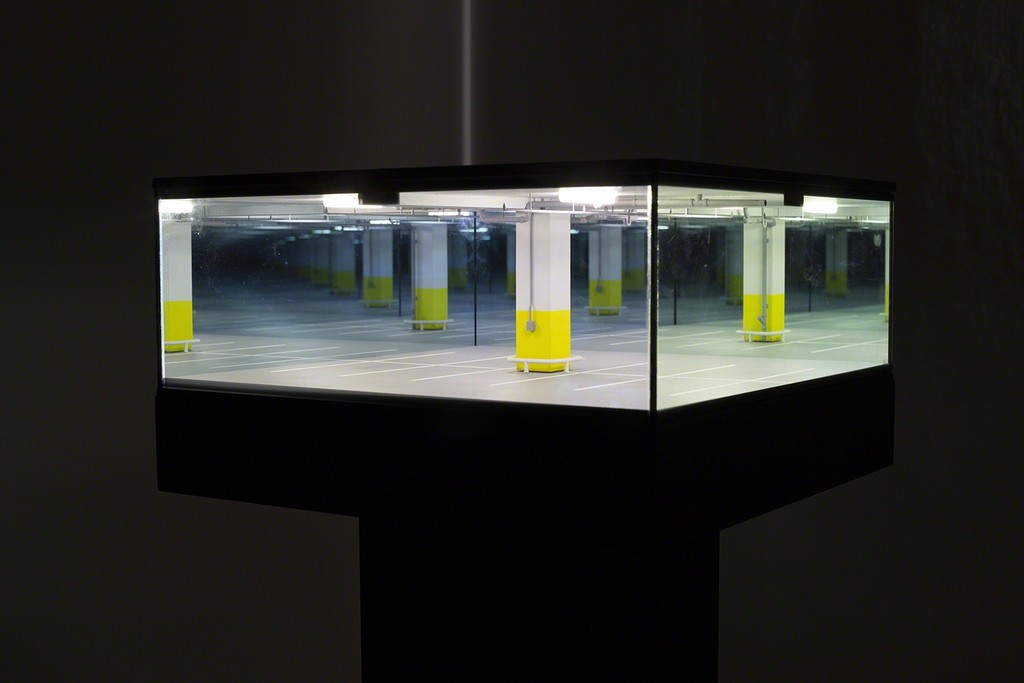 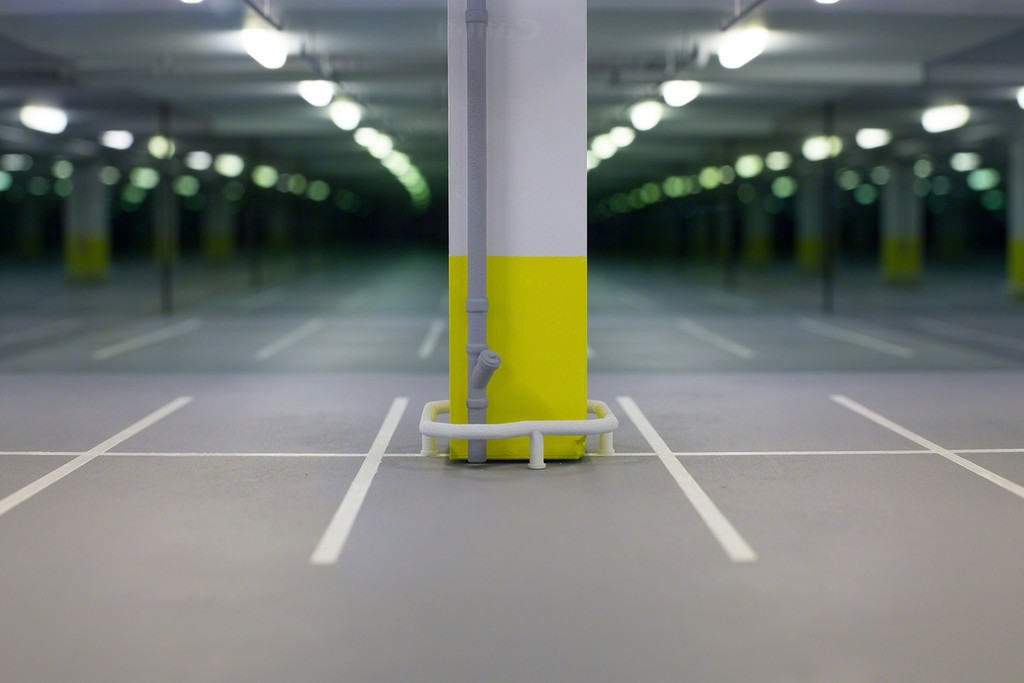 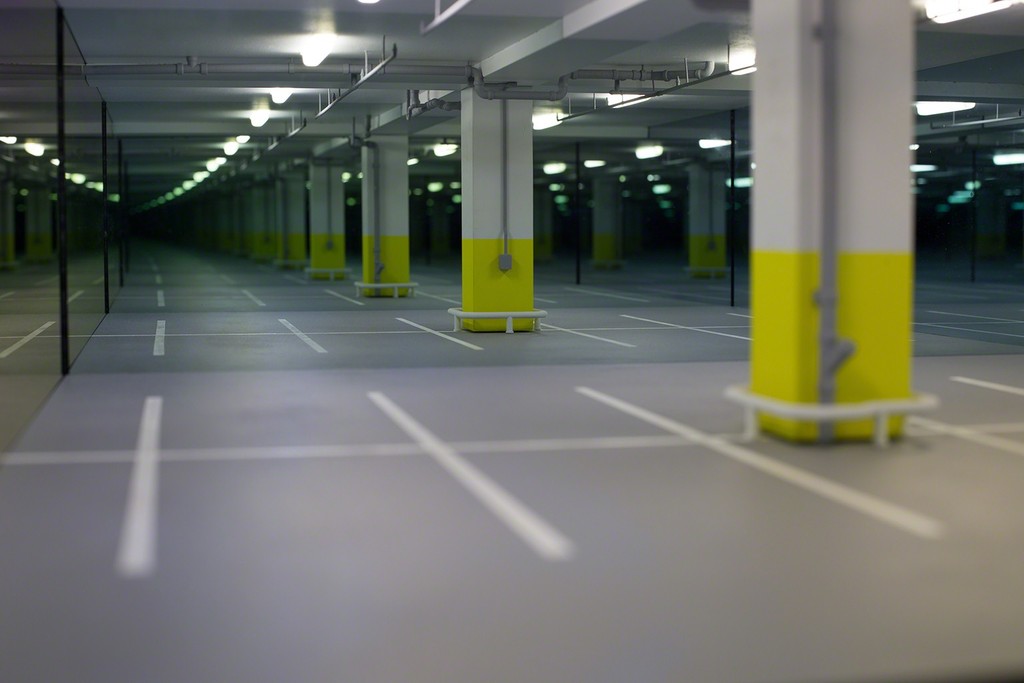 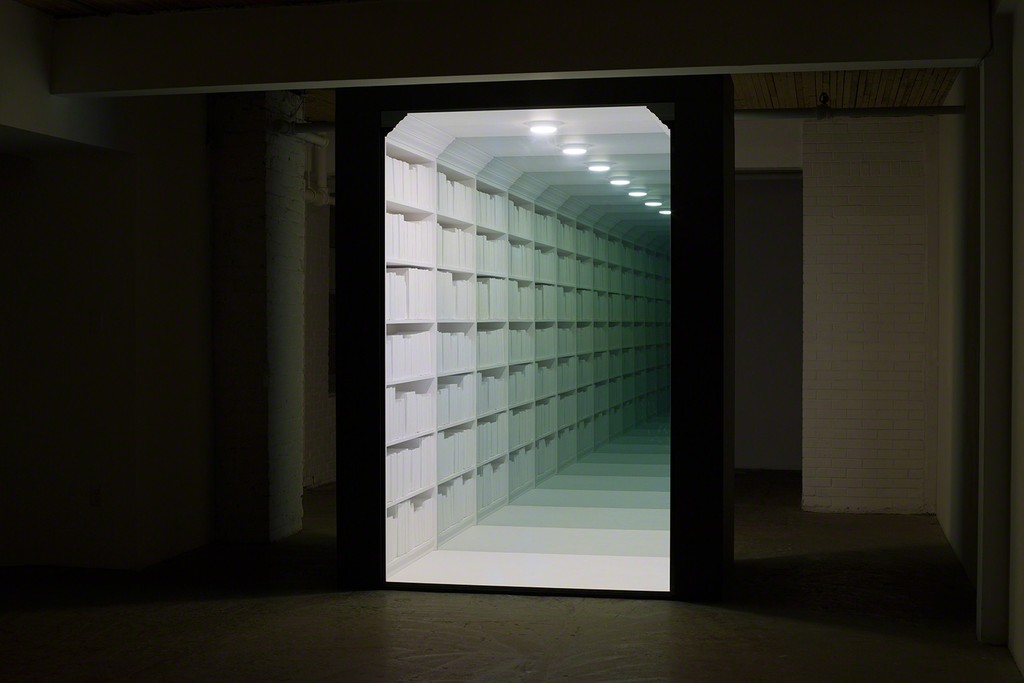 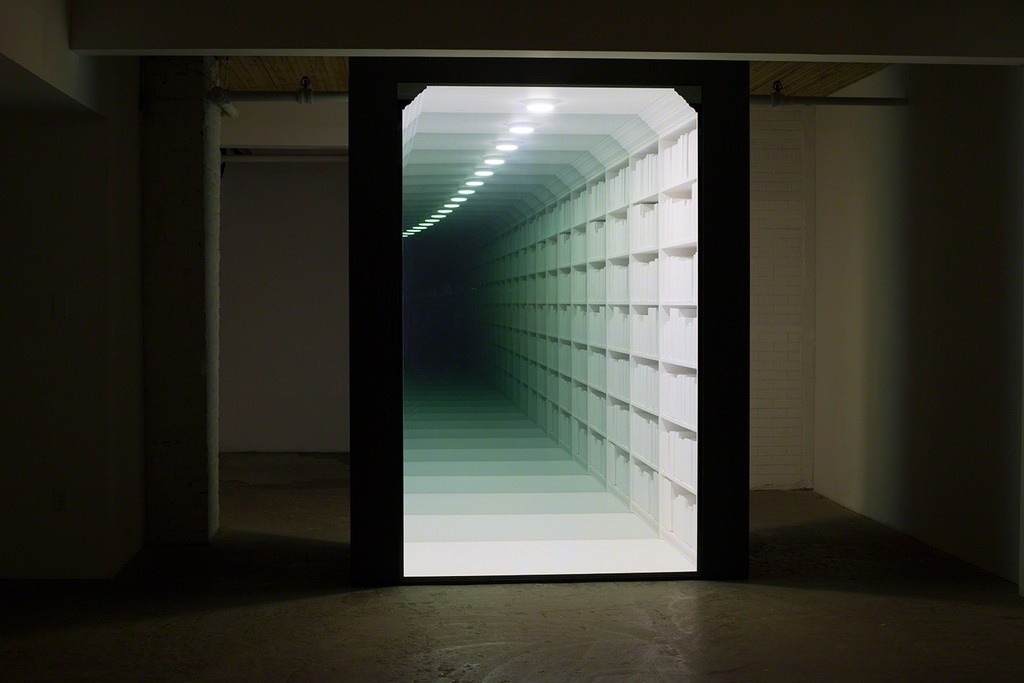 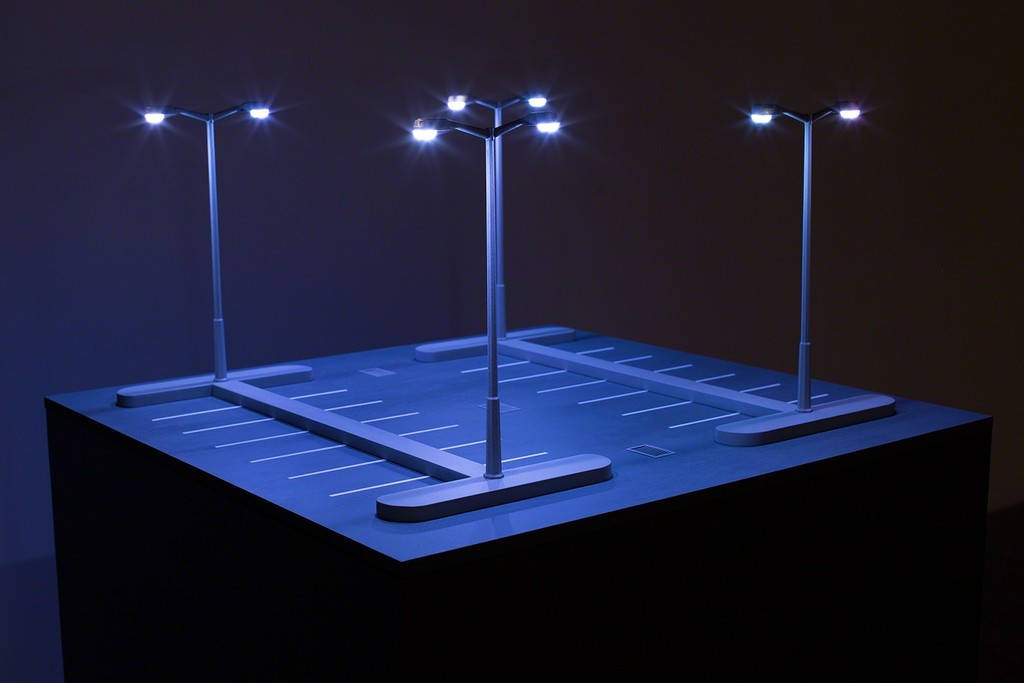 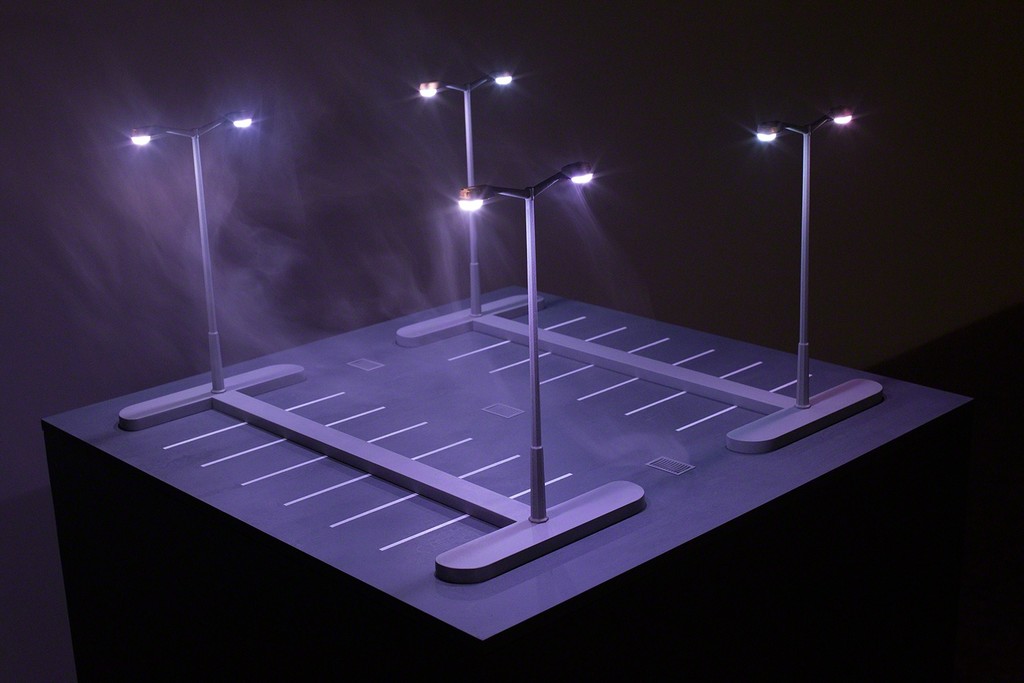 There is a moment in Andrei Tarkovsky’s Solaris (1972) when the character Hari commits suicide by drinking liquid oxygen. As she is not actually a human, but an artificial hybrid product of the mysterious planet and the protagonists’ memories, she heals rapidly and is alive again minutes later. Her choice to take her own life is poignant, seemingly the action of a being becoming aware of its hopeless infinitude. Her realization that while the men will die on the space station or elsewhere, her existence is that of immortality, a deeply alienating notion that causes her to seek her own destruction. The Montreal artist Guillaume Lachapelle has one work that prompts a sense of eternal alienation that echoes Hari’s tragedy. The work greets the viewer with a empty doorway flanked by clinically white bookshelves. Through the use of mirrors Lachapelle creates reiterations of the doorway within the frame, cascading into infinity, a tunnel with no light at the end of it.

Two of his works, Night Shift I (2016) and Night Shift II (2016) present the viewer with a haunted surrealism in the context of urban spaces. The former presents a first person perspective of an industrial scene, its logic accentuated by mirror imaging. Stroboscopic iterations accentuate the dark corners of the space in hallucinogenic opera that alienates the viewer in their primitive skin. The latter remains open, again playing on subjectivity, using colour and light to highlight the alienation of homogenous spaces. Both works present the internalization of la vie concrète. They allow us contemplation over our own dark matters. That thing that keeps us awake at night, that we are little more then automated biology. When the colours flicker, we stand outside ourselves, becoming aware that our perception is the part of the manic performance. It’s dulled, nullified and contagious. You built this, you live in it, so be a subject to its throes.

Lachapelle’s work accentuates the alienation of the human condition. The object oriented existence of you and I are met with cold slabs of our production line. We’re allowed to take part in the song and dance of sentience, but its thwarted by our nature. We make things non-clinical, we put the human into objects/constructs/systems that don’t need to be human. We become more and more aware of our flesh, this strange thing thrown upon us, if only we could reproduce like the machines. Mimic their rules, their perfection, but we just stand and absorb. The lowest common denominator of being is the one that exudes the most power, but in Lachapelle’s settings we can distance ourselves from this.