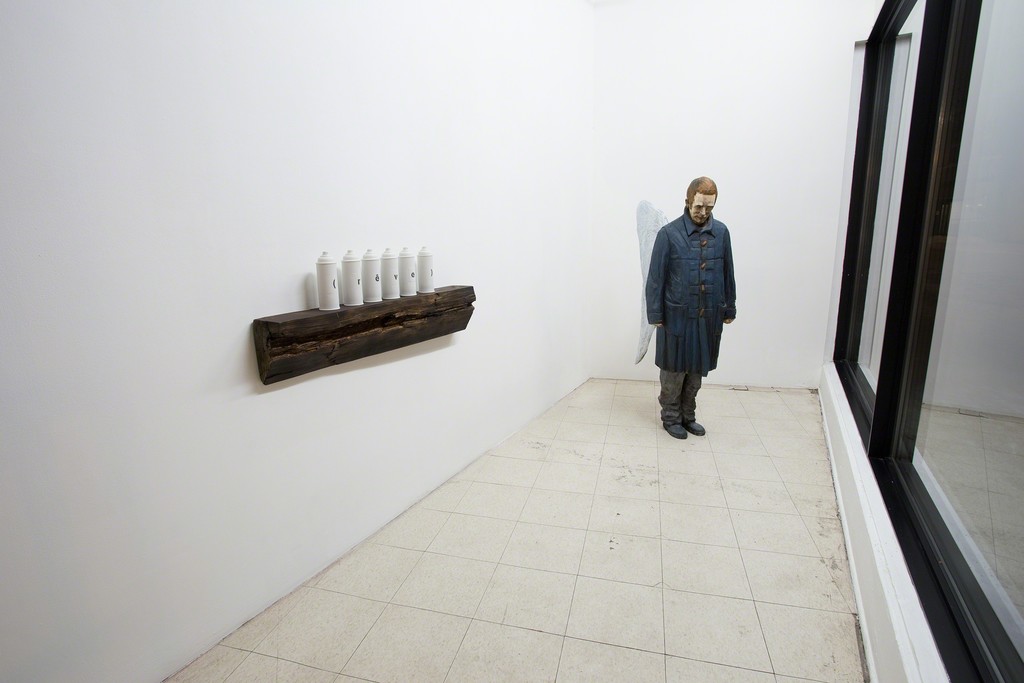 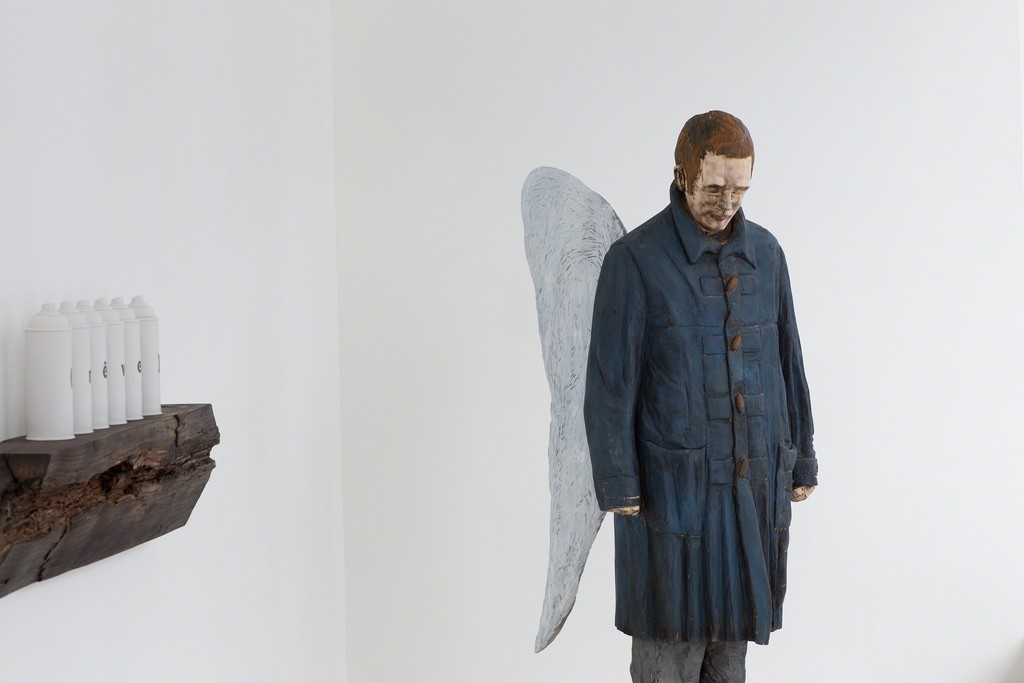 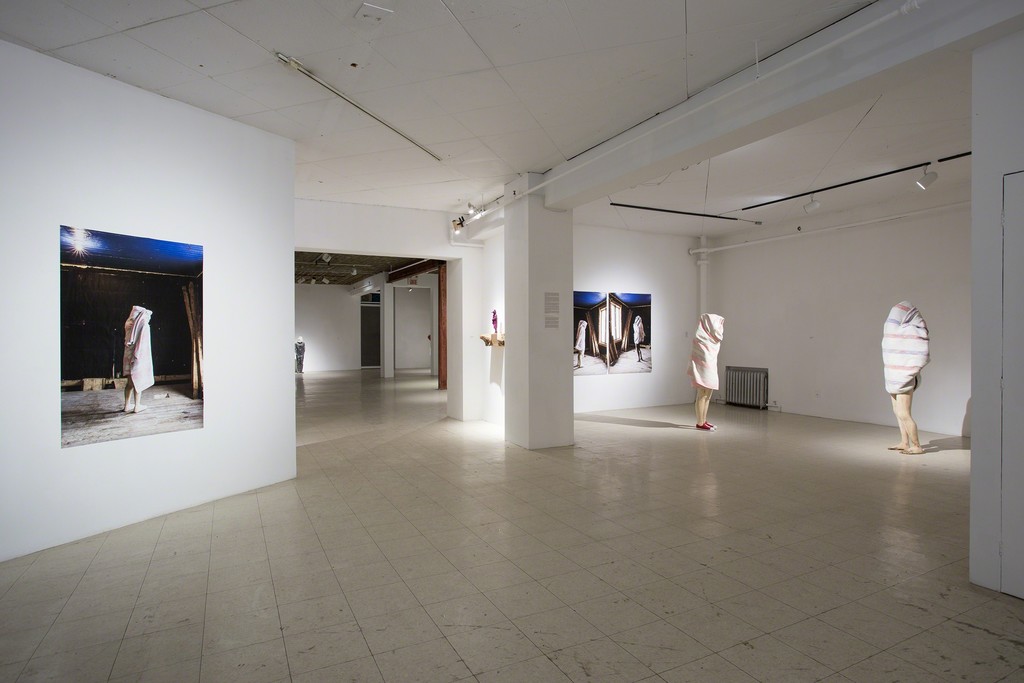 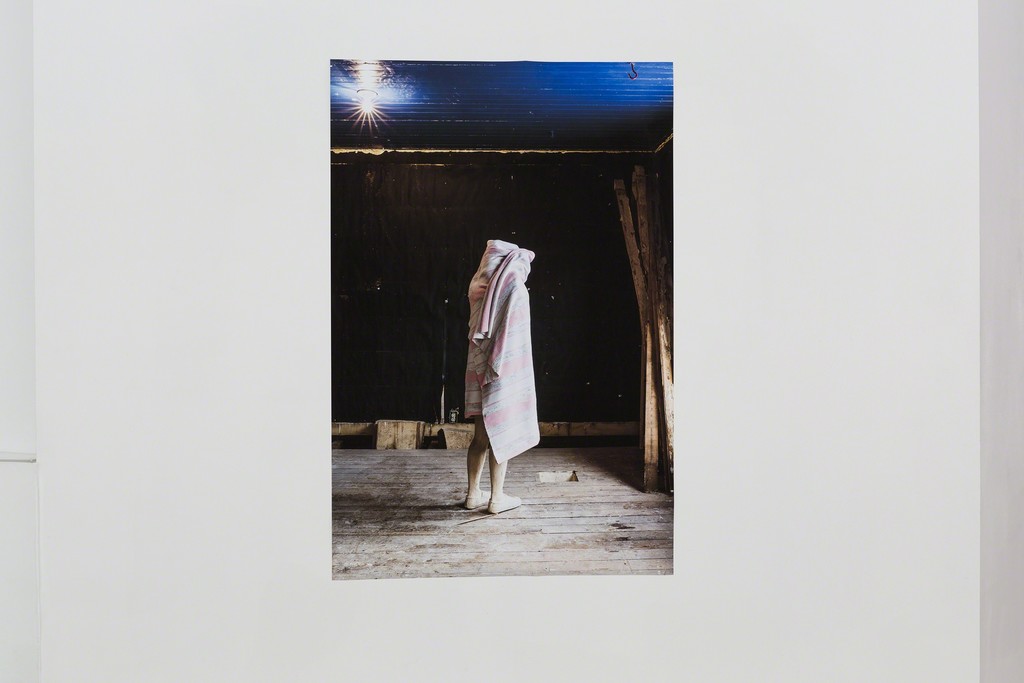 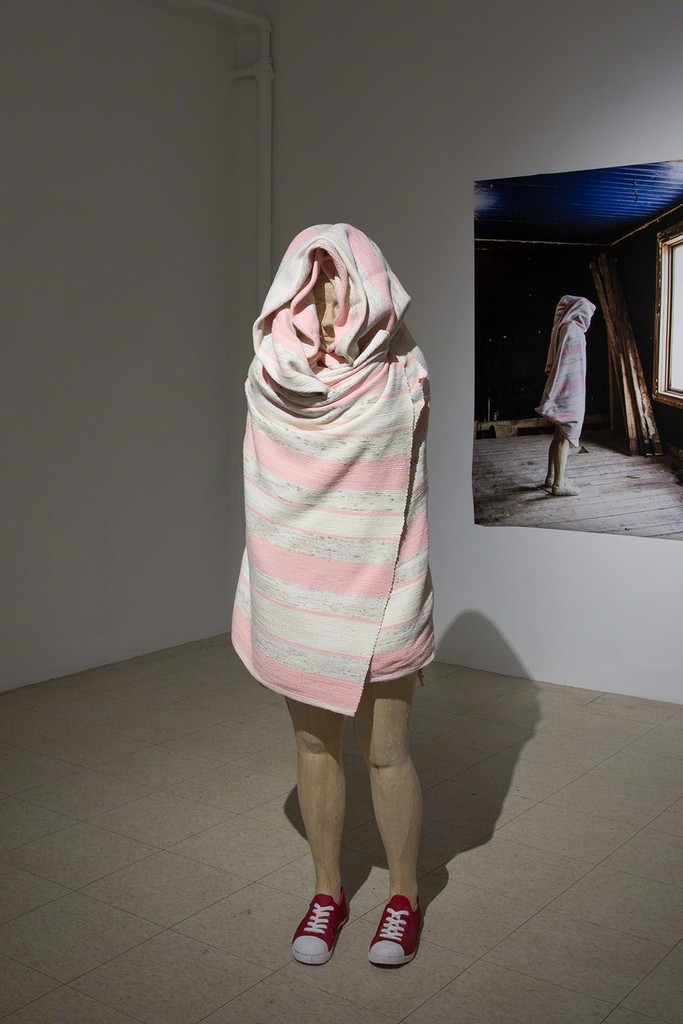 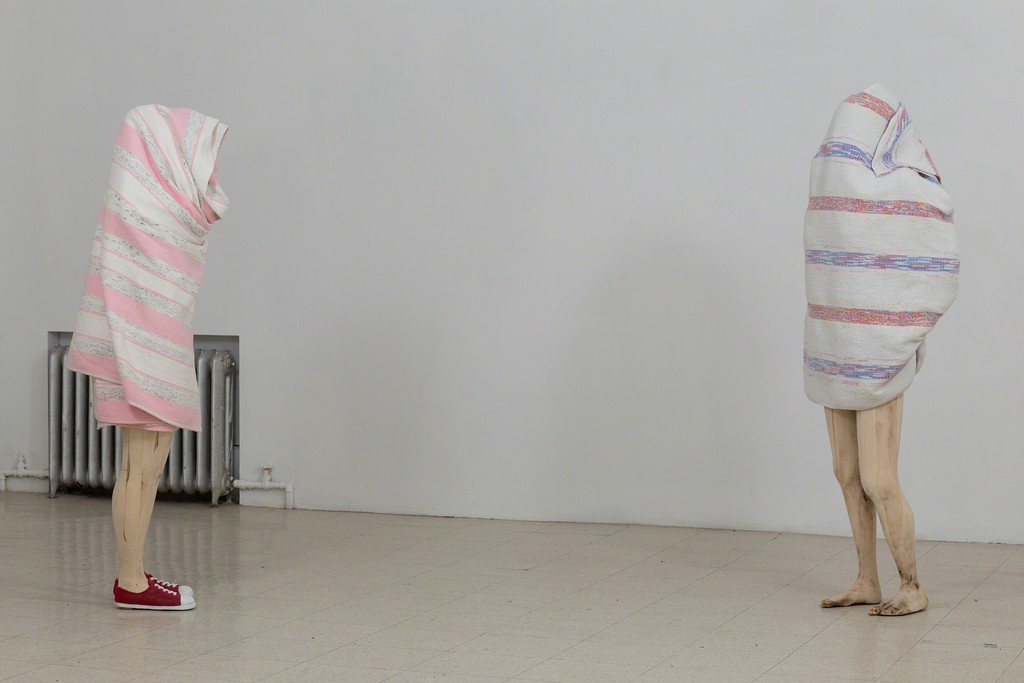 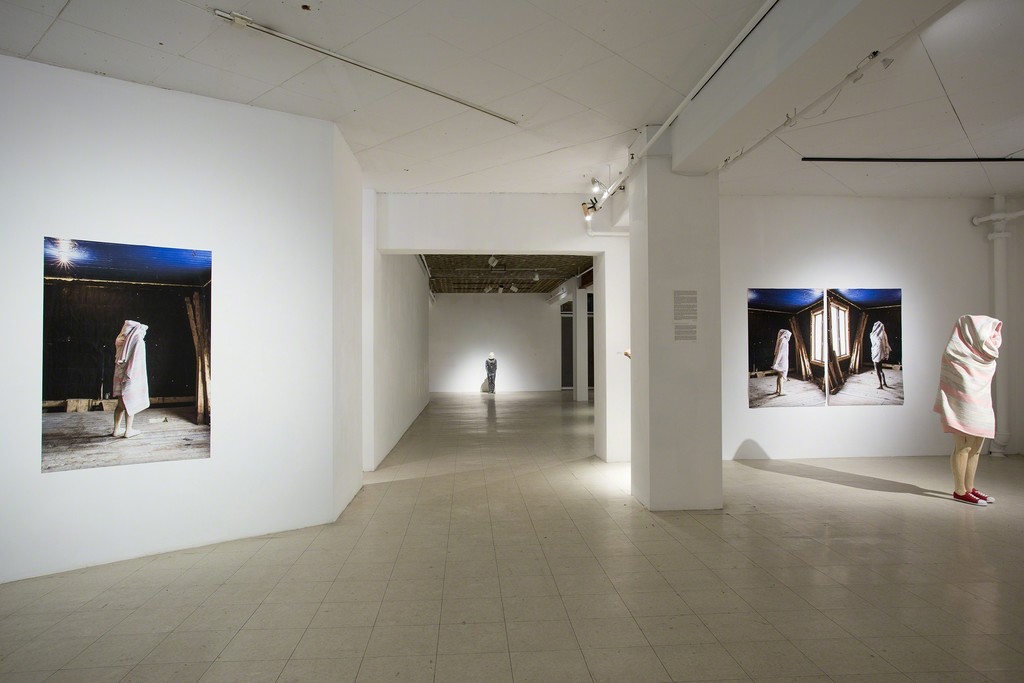 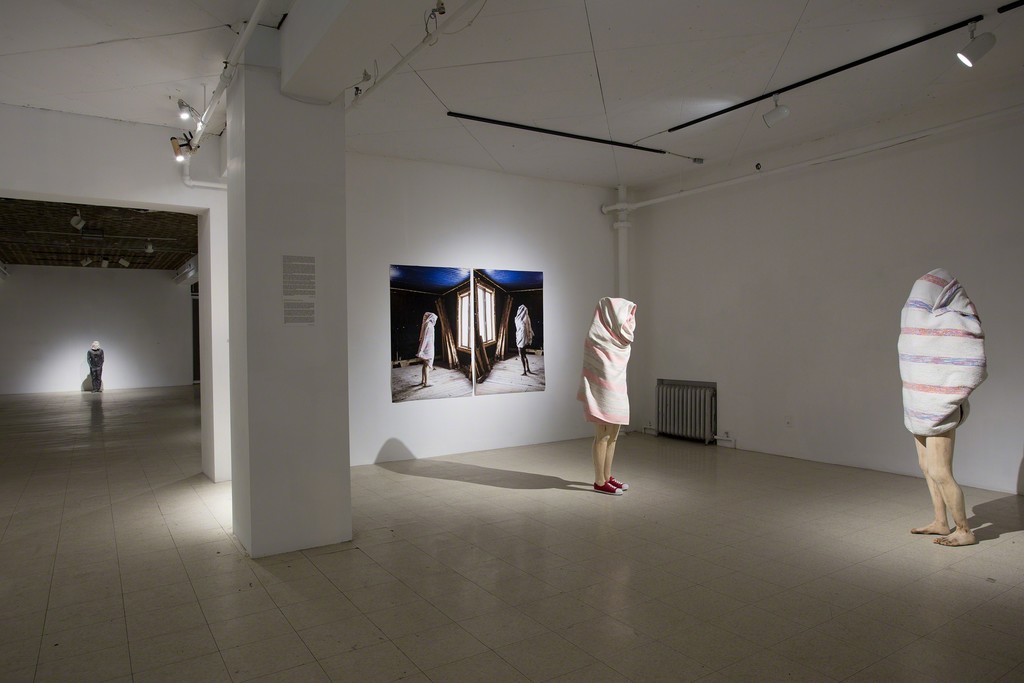 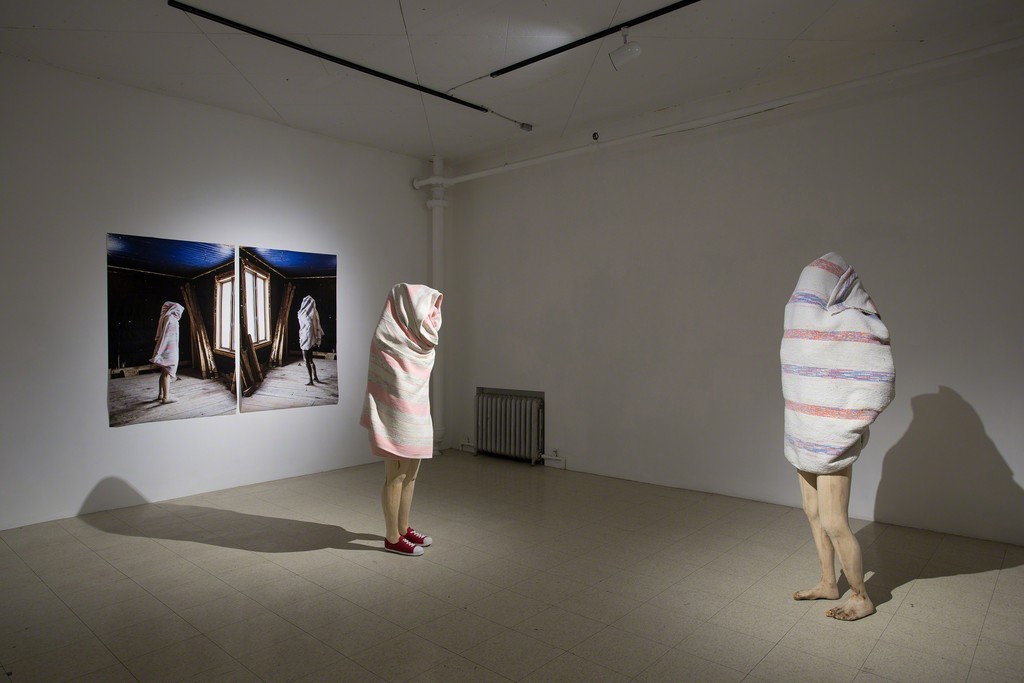 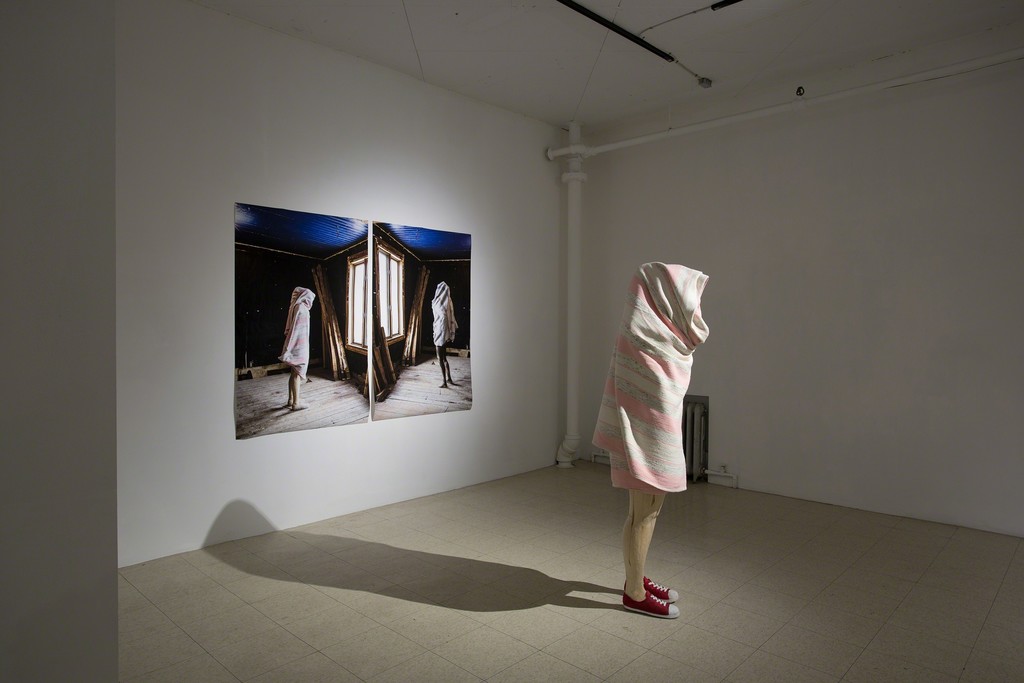 Jean-Robert Drouillard’s practice has its genesis in a background of studies in literature and writing. He is a member of the artist collective la Coop Le Bloc5, an artist-run collective in Quebec. His work refreshingly resists current tropes of art people can view on screens – it’s presence in a room is eerie, caught from peripheral vision, it doesn’t hold the same presence as a human figure, despite being the same size, it’s more funereal, it’s heavy analog weight striking at our digitally enabled low-level panic. While describing this effect though, while creating more tactile strain that a four inch screen’s rendering, cannot bear the full onus of the work on the corpus of the flesh.

Despite his works bearing the torsos of humans, their heads often, though not always, carry animal characteristics, but these works don’t constrain themselves to the chiseled muscularity of antiquity. The putty is palpable, it’s not illusory, it’s medium-specificity is raw and deliberate. Not disregard the work by using the term, but it is messy, as is the anthro-cultural epistemes that it reminds us of. The anthropological can be applied here, as these works are far from human, or to be precise, far the self-image of human. We’re drawn to current discourses on the anthropocene, as we encounter animals beginning to take on human qualities, and notably this is not the opposite.

Drouillard’s works omit the humaness of each figures head, we must consider them in a manner dehumanised. In taking on the zoological, their relational positioning to one another give them a docility that strives for a time gone by. In this sense they are truly hauntological, they show a misty-eyed throw back to a moment one cannot envisaged the trajectory shifted and we moved to an ecological epoch of no return.