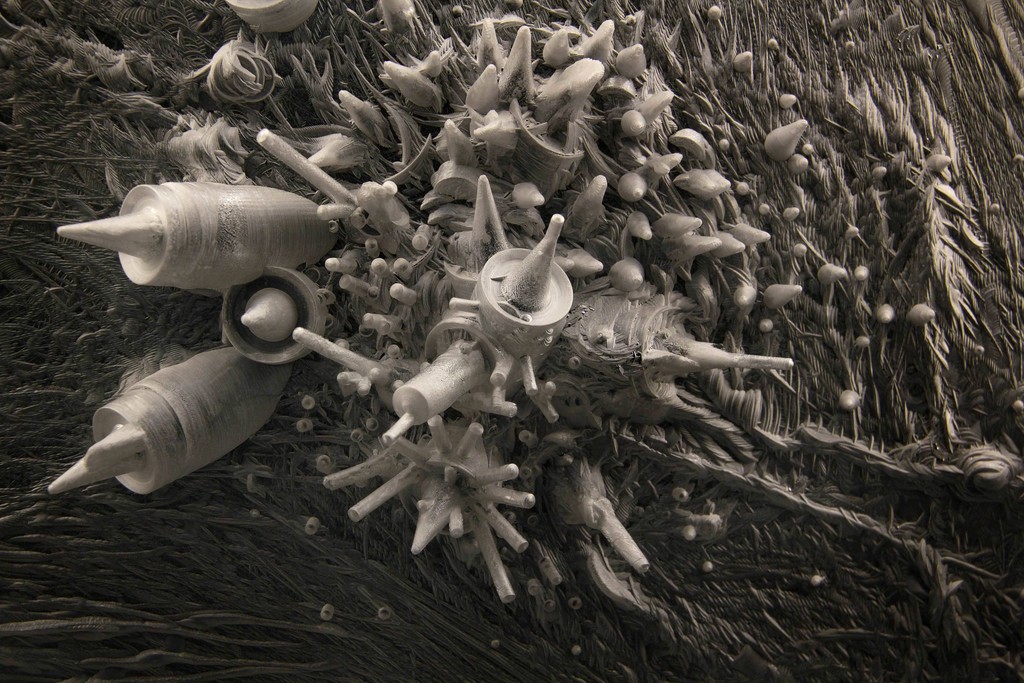 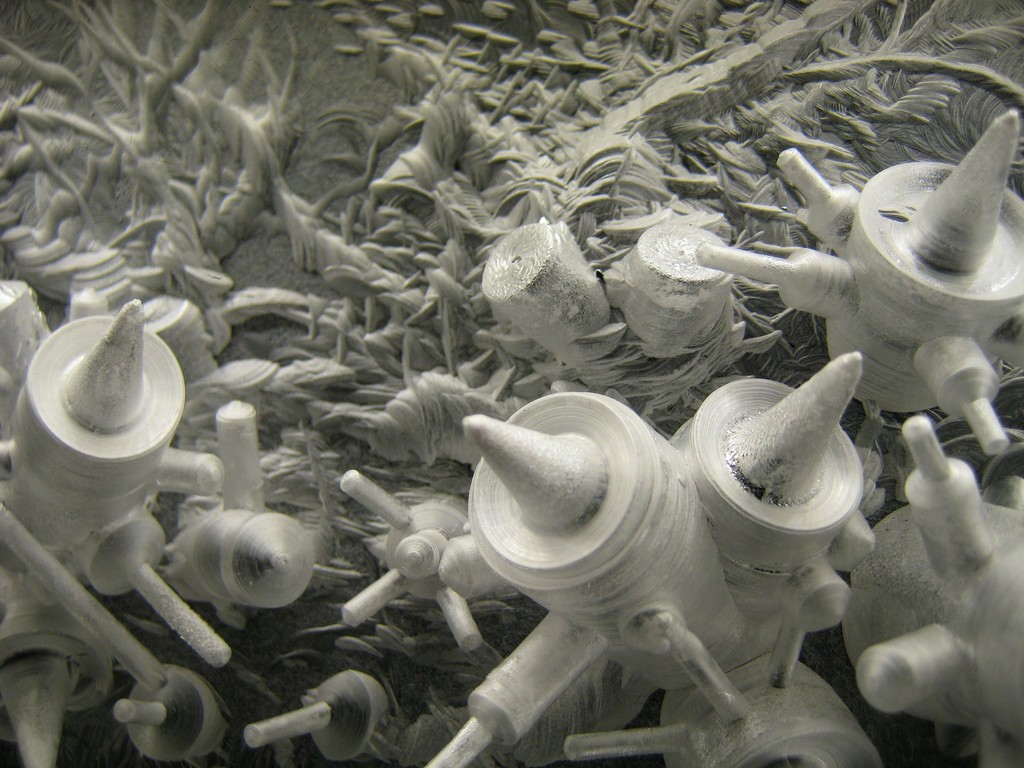 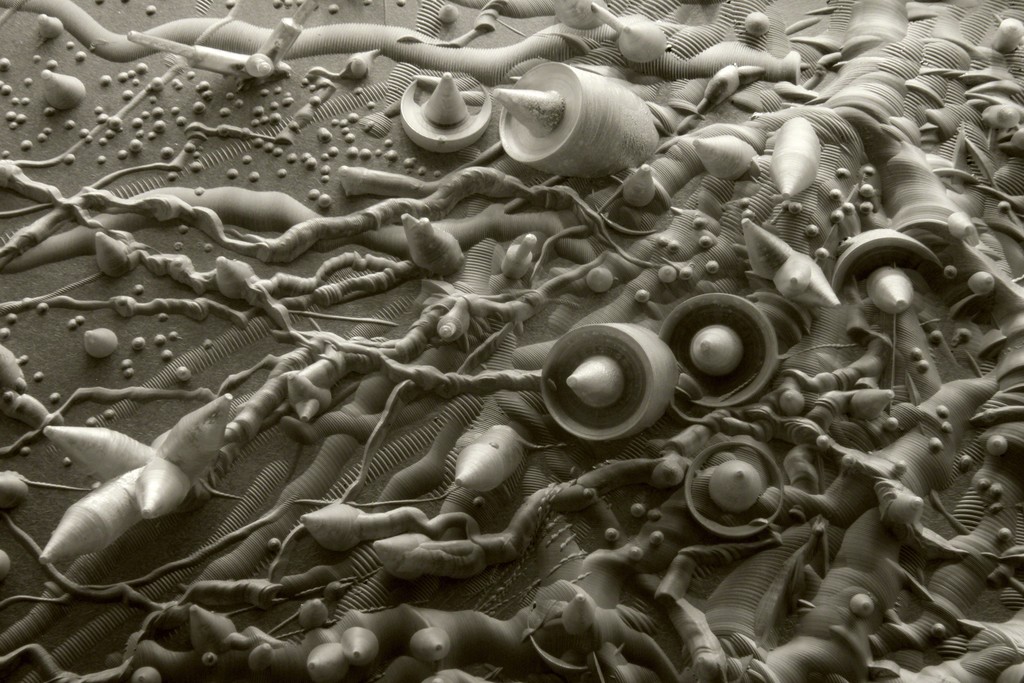 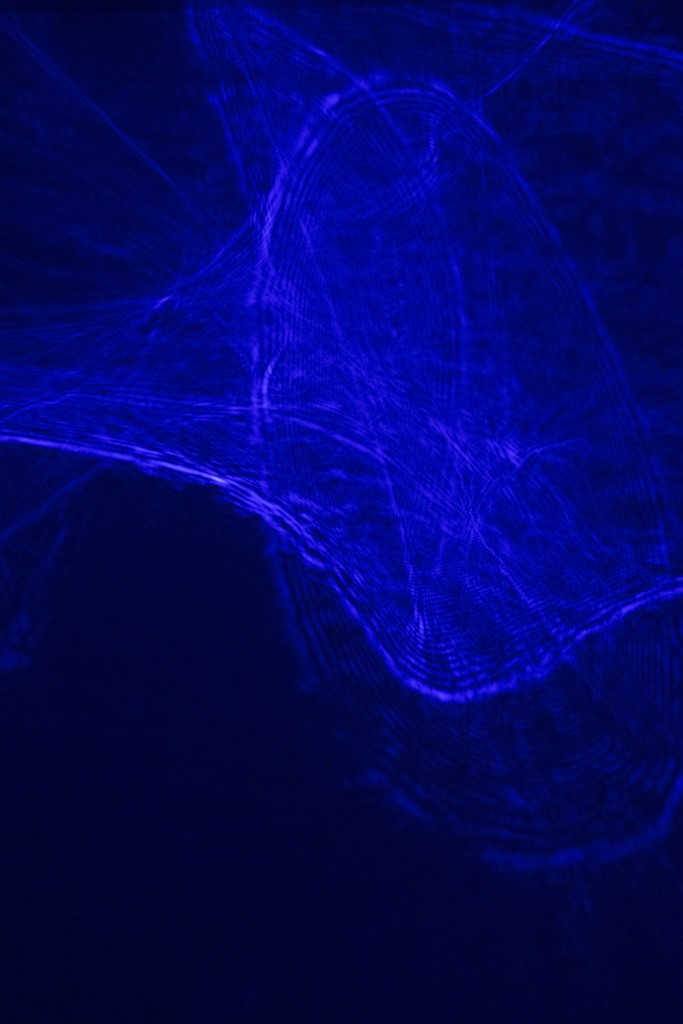 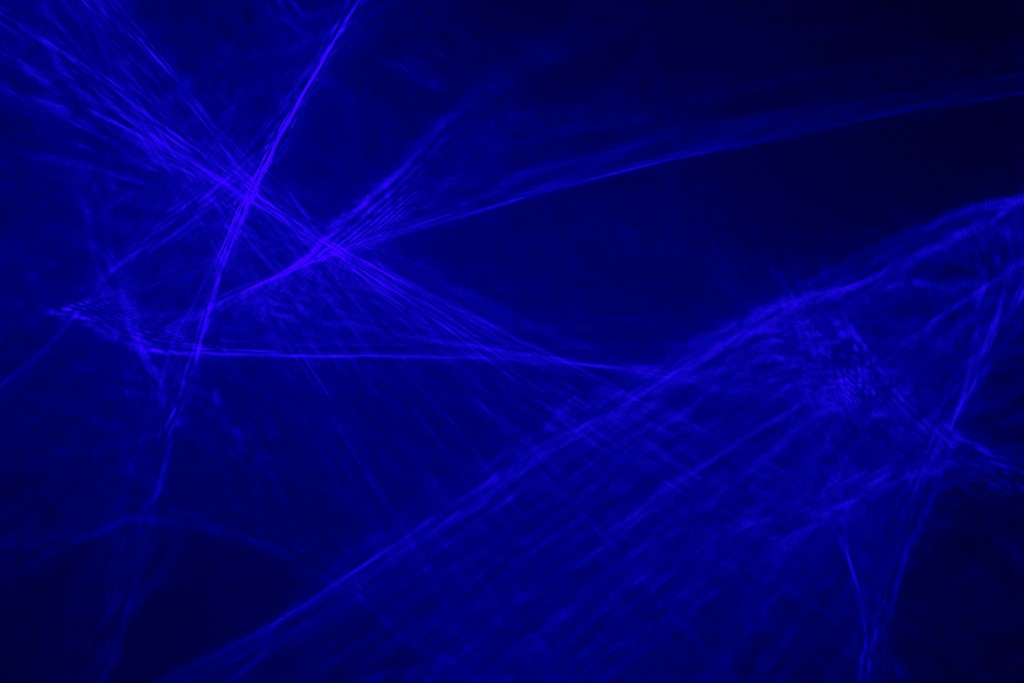 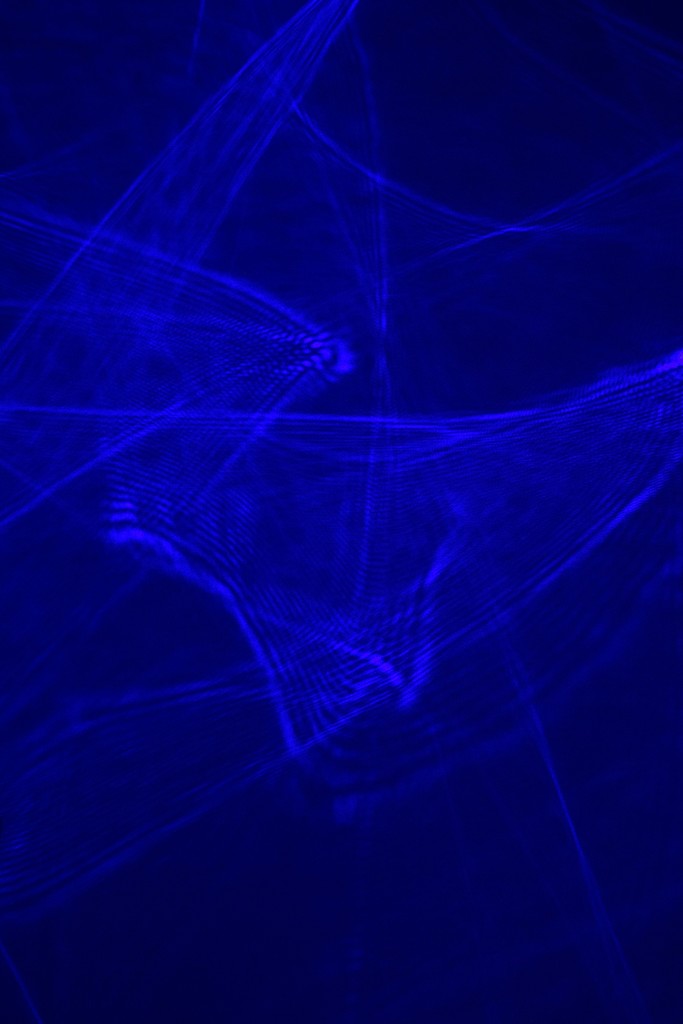 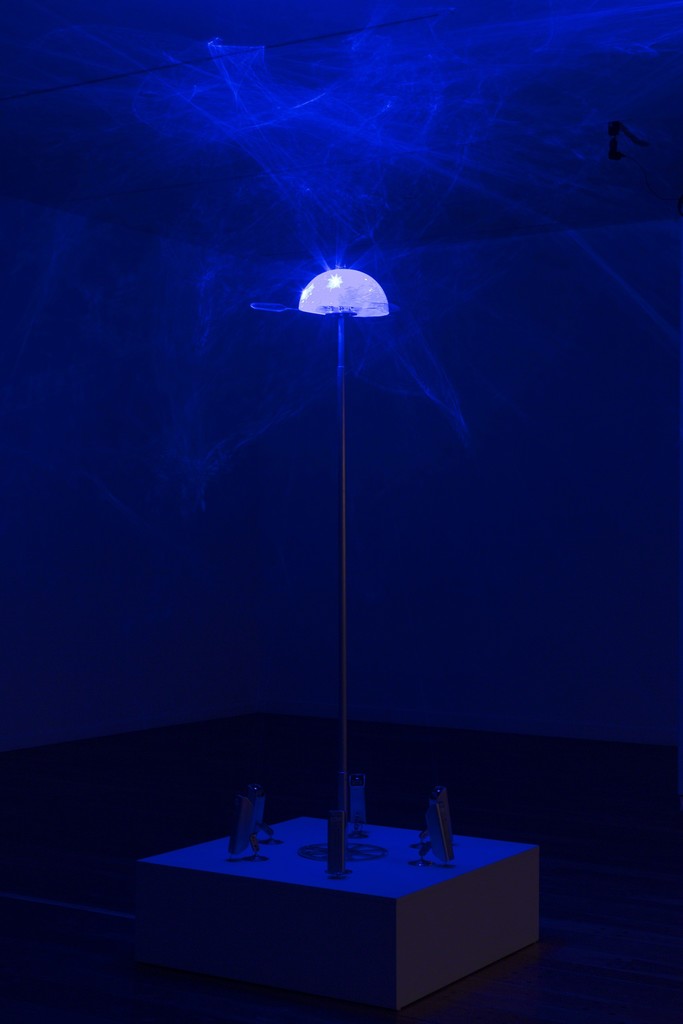 The word transparency evokes a multitude of possible interpretations. In the literal sense, it denotes materials and substances that allow for the passing through of light. It is also a concept laden with political significance; a government without transparency, as some of us know all too well, is a dangerous beast. Transparency also describes emotions that are easy to read, wherein that which is felt or intended bypasses cognitive and behavioural mitigation or filtration. Transparency’s range of poetic and electro-physical connotations provides Montreal-based artist Laurent Lamarche with the fodder for his most recent work.

In this exhibition, Hors-lab, Lamarche uses everyday synthetic materials to create a phantasmagorical jungle of refracted light. By manipulating transparent surfaces, the artist orchestrates a complex series of light-based effects, which create an immersive environment altogether estranged from the typical clean white walls and sterile lighting of the gallery. Shown in conjunction with this cosmos of refracted light is a small, engraved Plexiglas plate, referencing the lens of a microscope and other empirical instruments. Here, the macrocosmic and the microcosmic are conflated, reminding us of the perennial parallel between matter’s infinitely small and unimaginably large forms of configuration.

Hors-lab is continuous with Lamarche’s oeuvre; for almost a decade, the artist has explored the messy territory where science and art convene. The title of the exhibition translates to “outside of the lab,” an apt description of Lamarche’s method; he often produces works with a scientific candour that are in essence fictive renderings of scientific forms of representation. In his earlier work, the artist moulded and photographed plastic and manufactured objects in such a way that transformed his workaday materials into Petri dishes replete with languid, amorphous amoebas, prehistoric insect-like creatures, and budding colonies of circular bacteria.

Lamarche’s use of plastic throughout his practice, and particularly in Hors-lab, can perhaps be read as a political statement, veiled in the vernaculars of scientific representation and contemporary art. In citing the history of imaging the organic world through the use of plastic, he collapses the distance between consumerism gone awry, and the real havoc that such consumption has wreaked upon the natural world. The Great Pacific garbage patch, made almost entirely of Lamarche’s preferred materials, is slowly but decidedly destroying innumerable ocean ecologies, frequent subject matter taken up by the artist, for example. In Hors-lab, Lamarche presents an alternate dimension wherein the transparency of plastic, glass and resin create a fantastical universe. Yet, an understanding of Lamarche’s use of transparent materials cannot be reduced to their articulation of the properties of matter and light. Transparency is also political, as evinced by the detrimental dimensions of the materials used. And, while Hors-lab meditates on the formal aspects of transparency, it also importantly proposes more transparency, in every sense of the word.