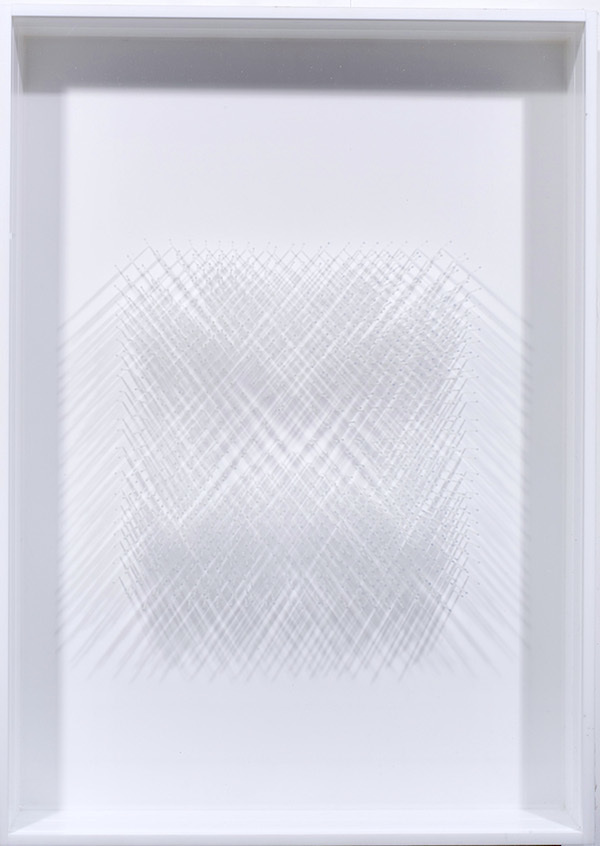 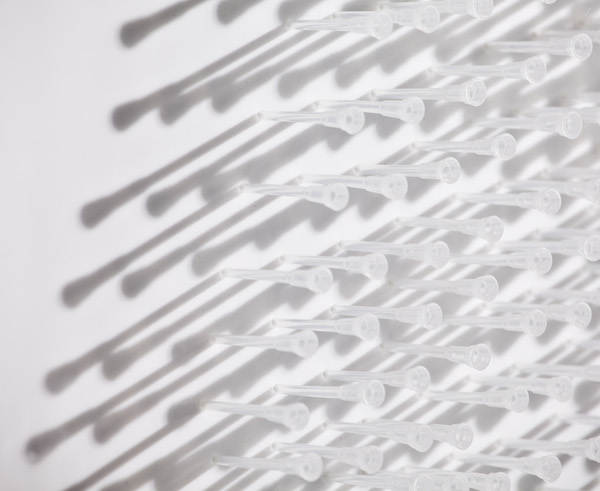 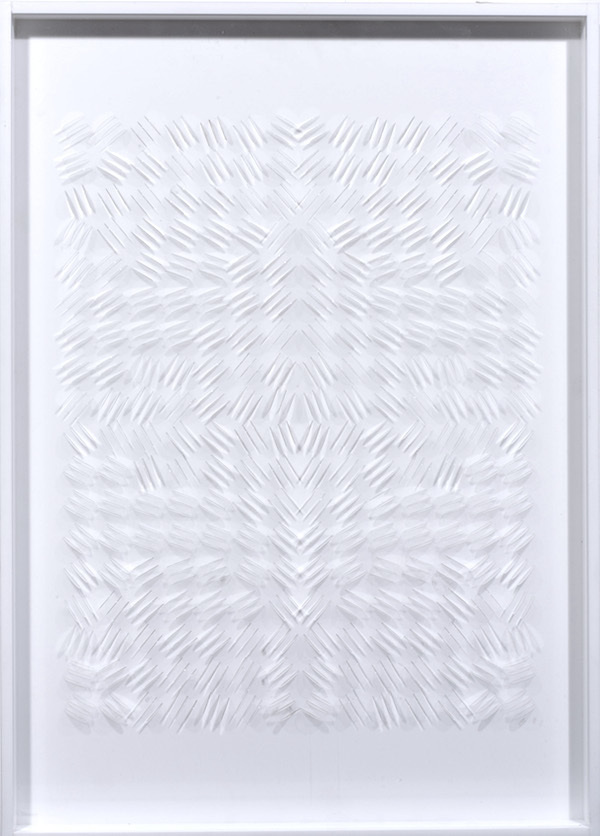 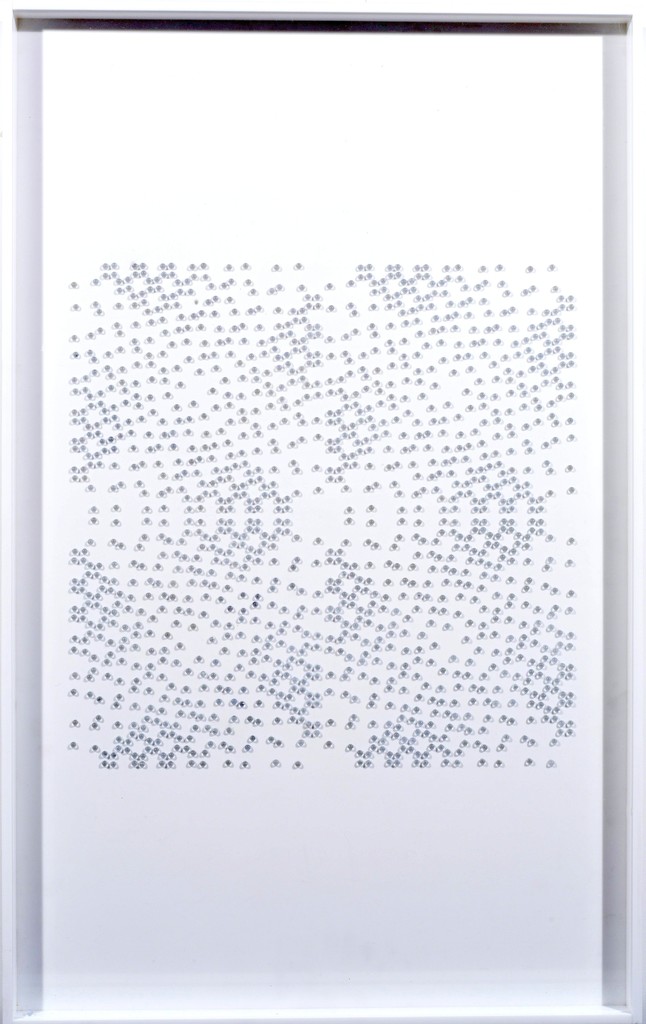 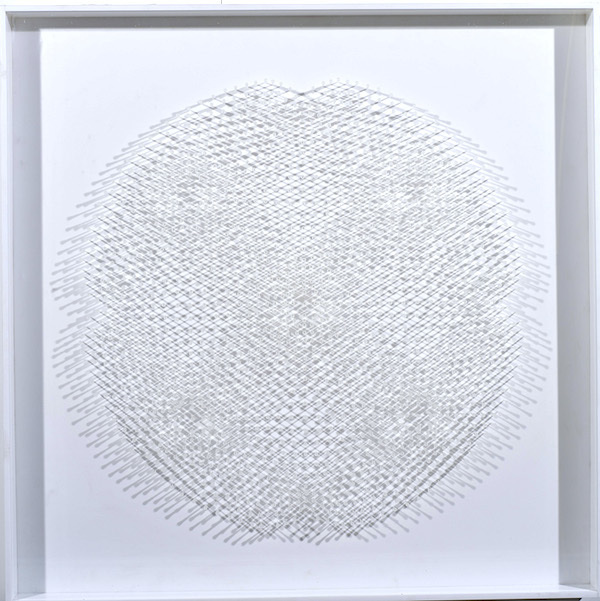 Departing from a strong influence in Geometric Abstraction and Op Art, along with MC Escher’s impossible spaces, Arturo Quintero has built his body of work upon mathematical calculations to create volumetric geometrical shapes arranged on the wall and in architectural spaces. He is a passionate researcher of mathematical theoreticians and philosophers such as Plato, Galileo, Archimedes and Euclid, and is interested in scientific studies about mathematics, the cosmos, patterns and harmonic relations that exist in our natural and constructed world. Quintero creates his works in series and his pieces generate virtual movement produced by all possible solid shapes, like rectangles, rhombuses, trapezes, circles, spheres, squares and triangles, which are painted with bright shades of colors of lacquered acrylic. His works alter our perception and produce movement for the spectator’s eyes, establishing a continuous and playful relation, whose kaleidoscopic effect responds to Quintero’s interest in altering our perception as viewers. In his artwork, he inquires into the phenomena of light, color, movement and geometry in space, as well as the relations that shapes establish between each other through placement, form and color. He continuously establishes patterns to study proportions either by rupturing pure geometric shapes or by creating mandalas or more organic shapes.

Quintero graduated in 1986 as an Industrial Designer and is a self-taught artist. He began showcasing his works in 2001 and since then has exhibited in galleries in his native Venezuela, and in Colombia, United States and Italy. He participated in the First Emerging Art Biennial at the Museo de Arte Contemporáneo de Caracas in 2012. His work is represented in the collection of El Universal newspaper and in several private collections in Caracas.