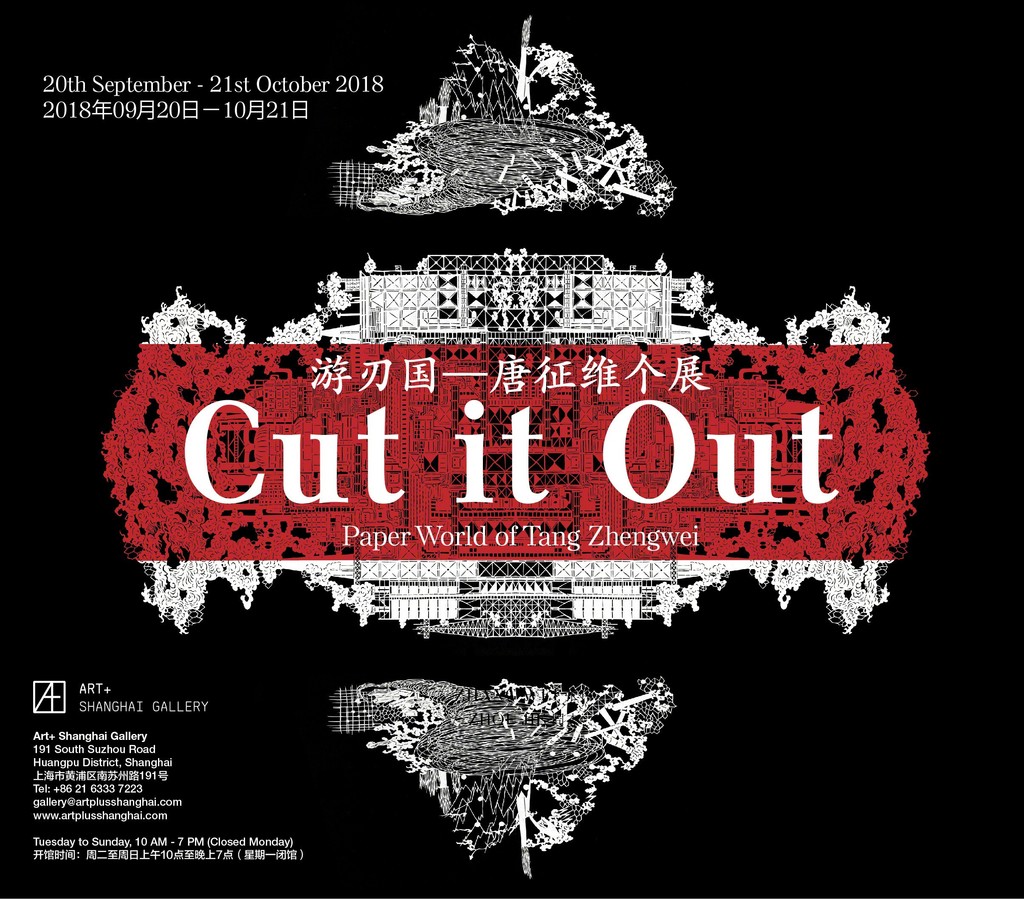 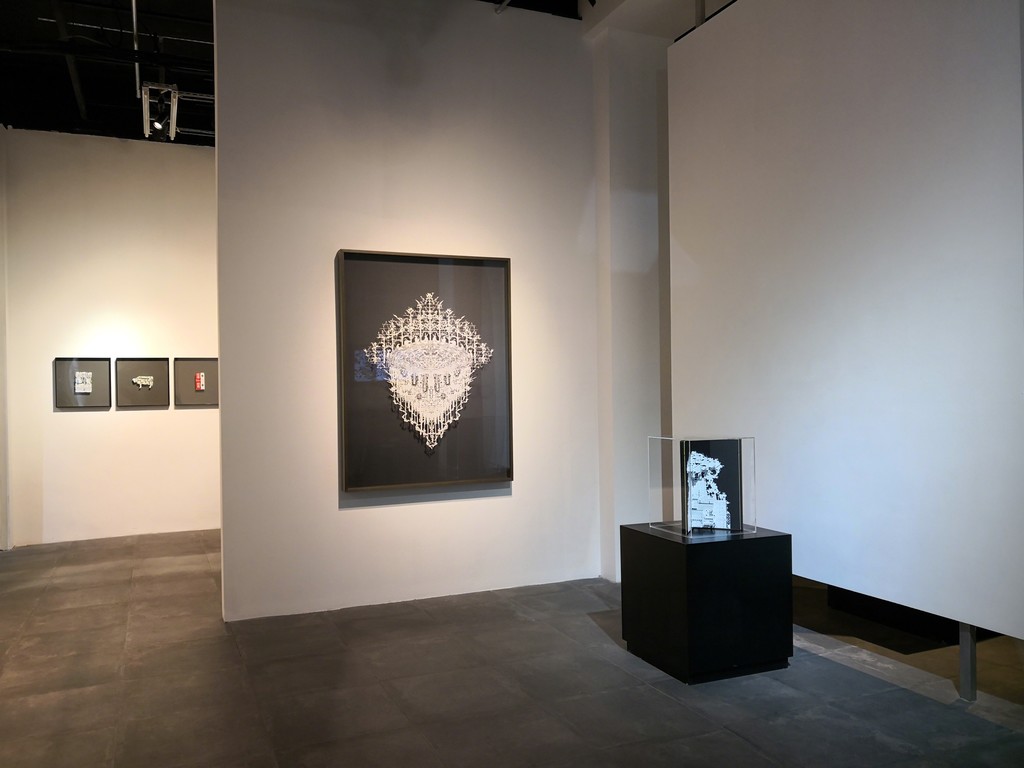 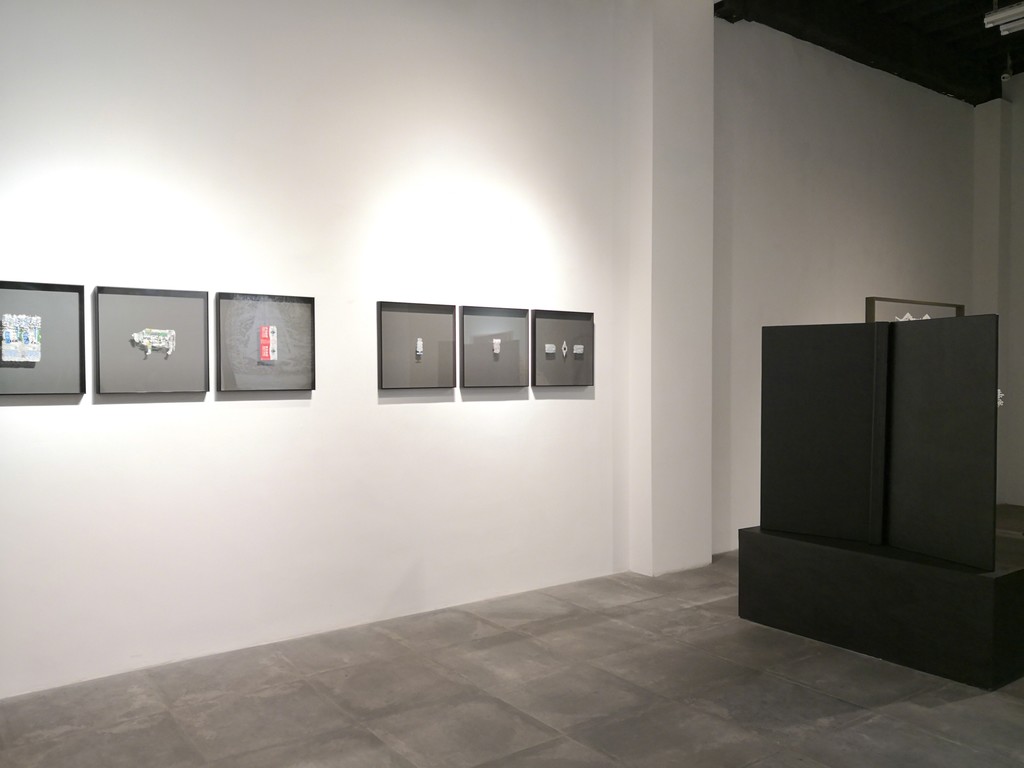 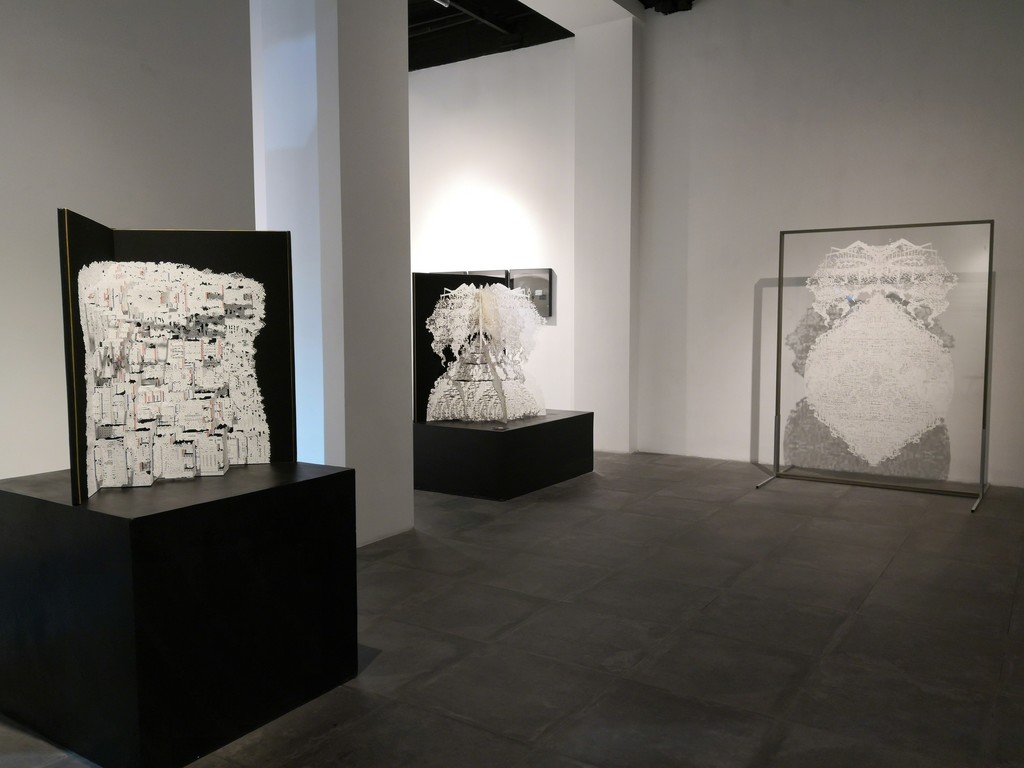 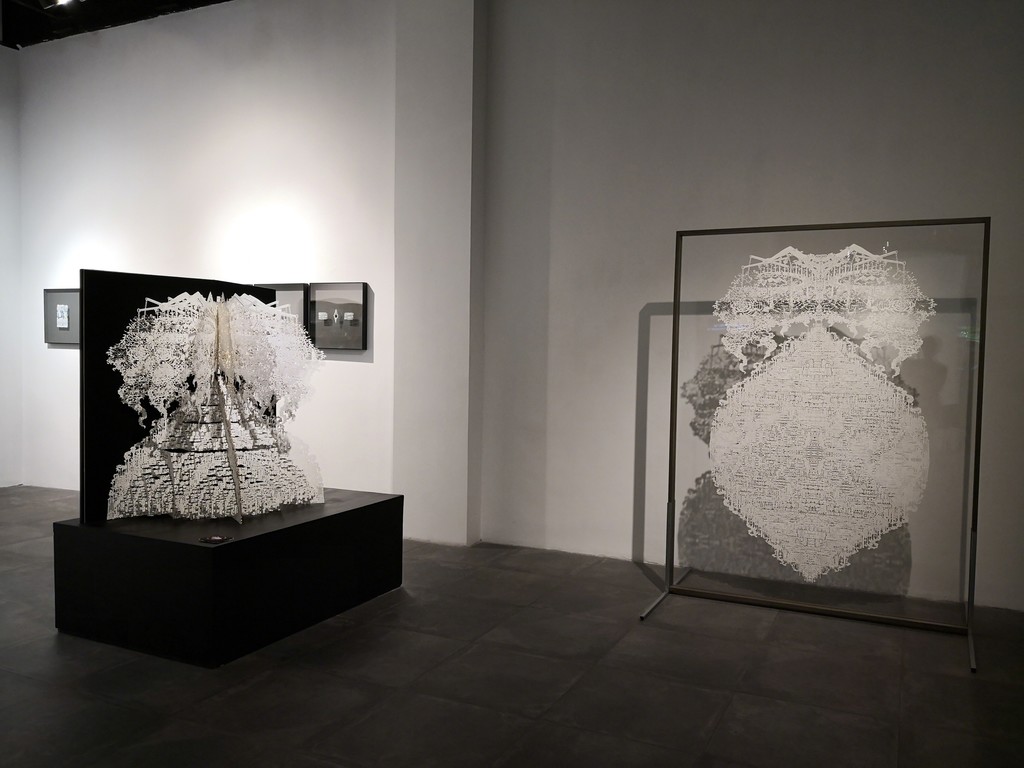 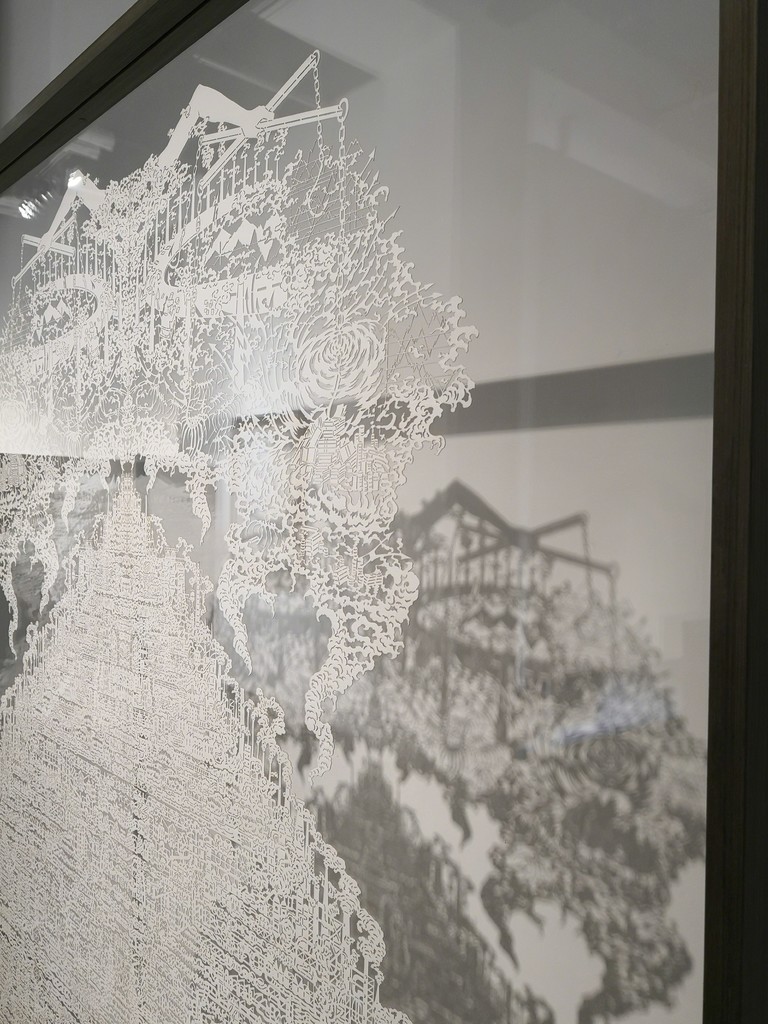 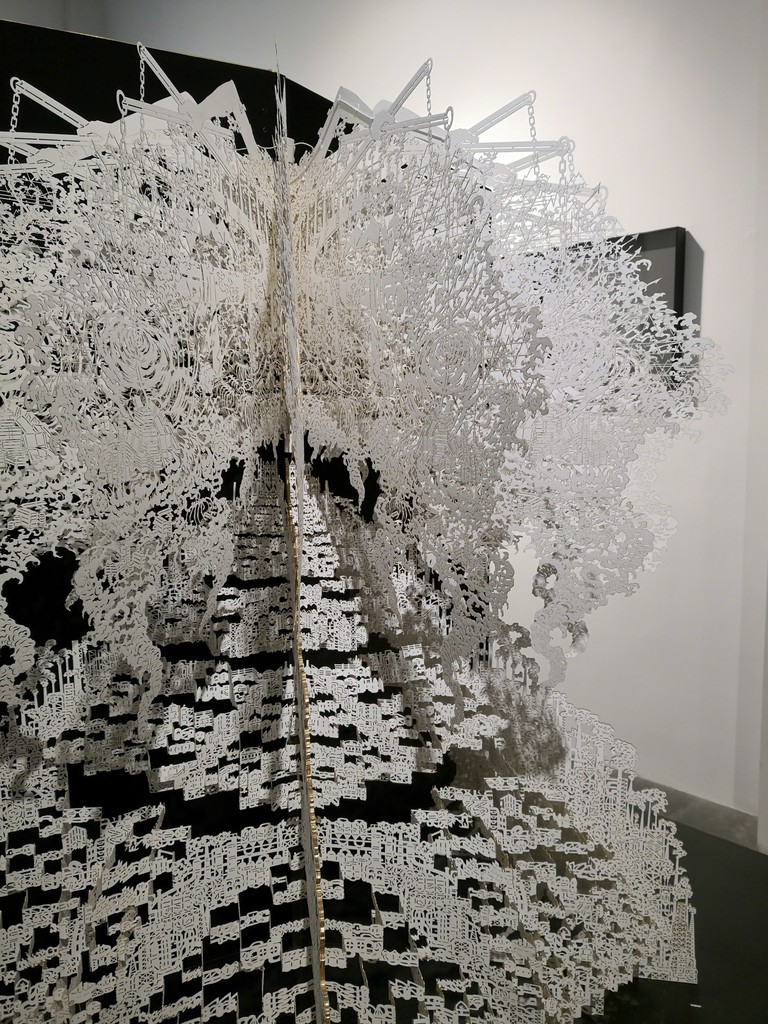 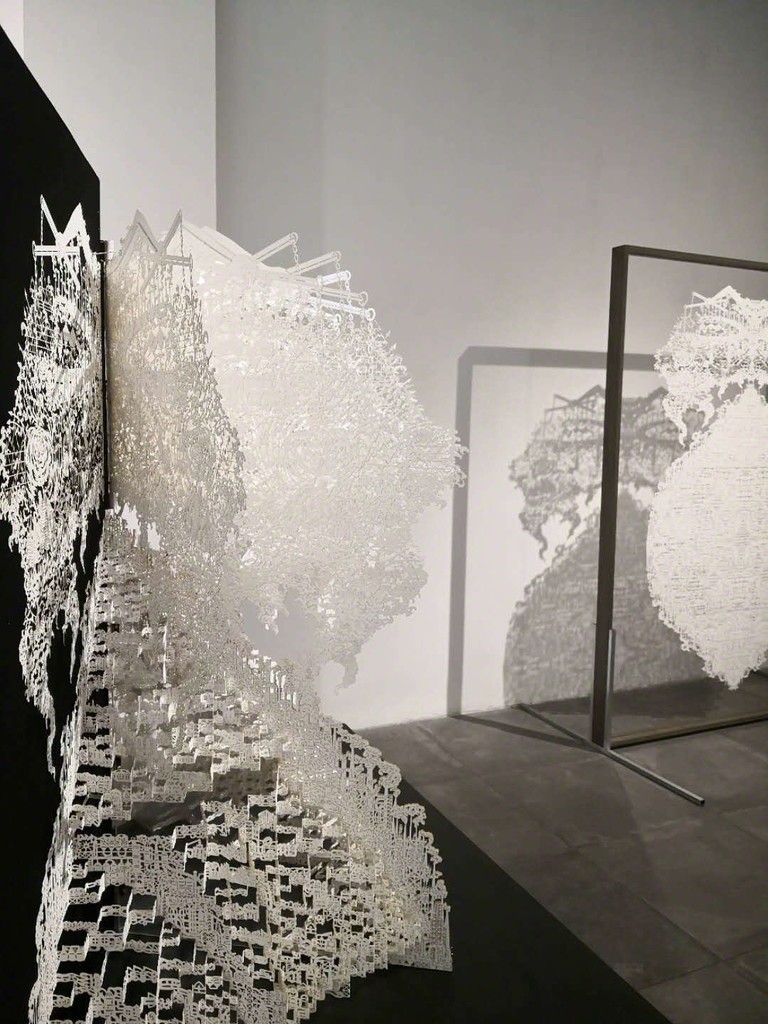 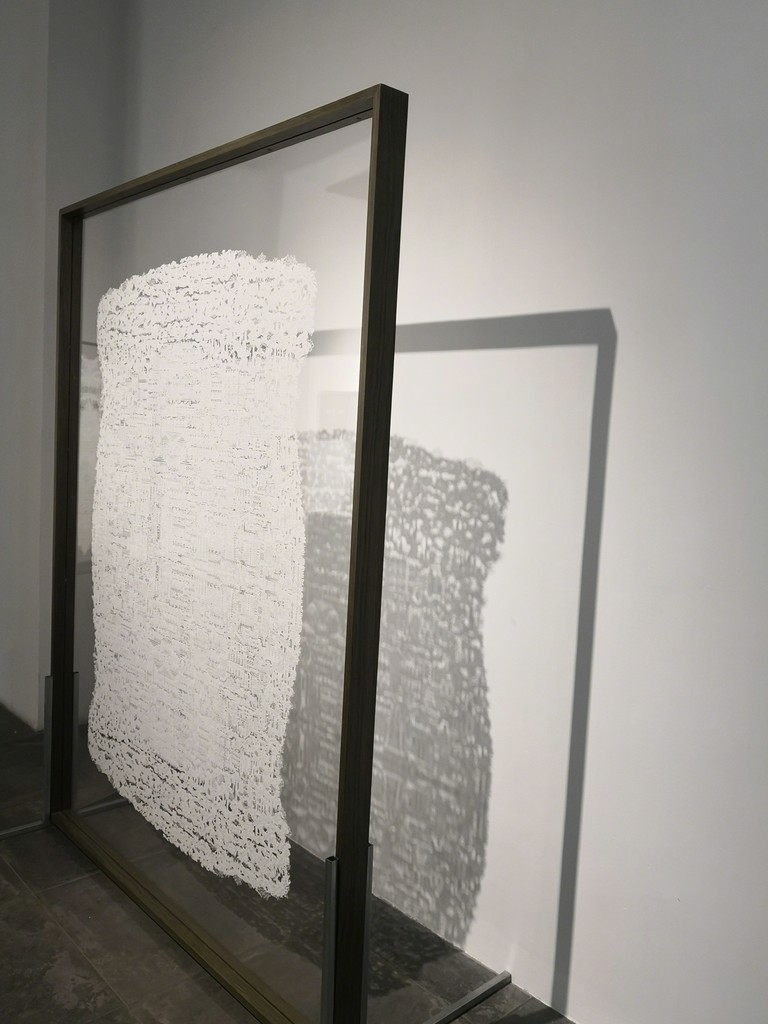 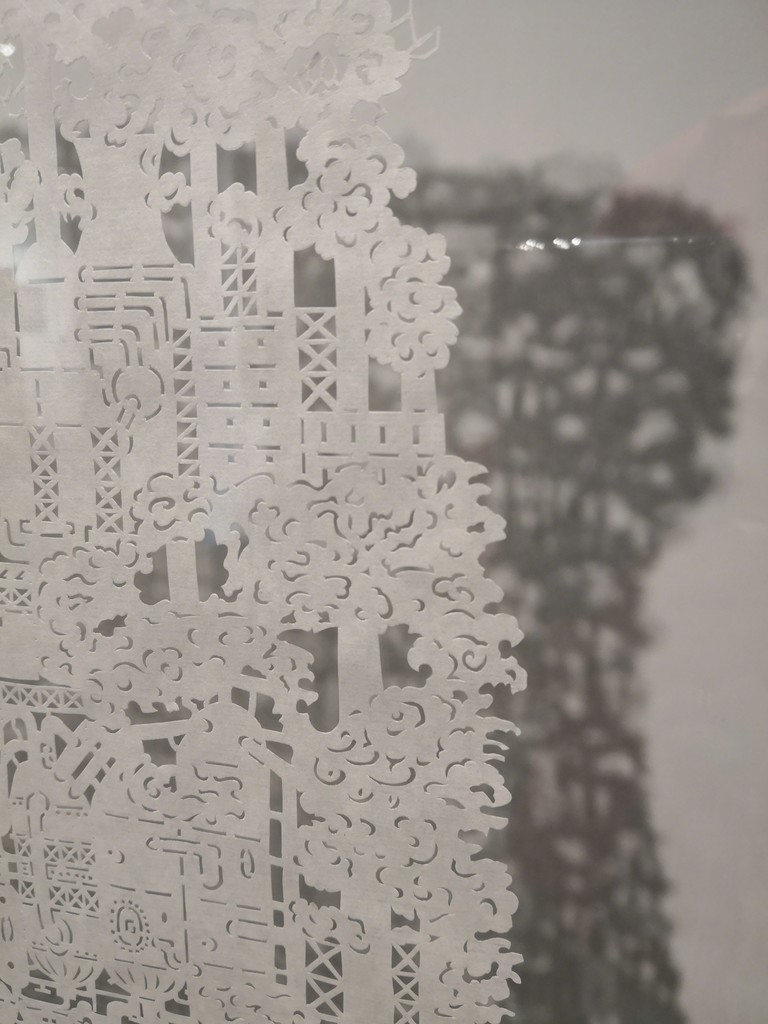 A young Chinese artist Tang Zhengwei addresses his concerns for the environmental issues in the form of two- and three-dimensional paper cut works which Art+ Shanghai Gallery presents in the solo show “Cut It Out: Paper World of Tang Zhengwei”. His works may or may not be regarded as environmental, but there is no doubt that Tang Zhengwei’s art brings new awareness, adds to the subject of environmental art, its incredible versatility and highlights a variety of responses artists can have on the subject.

Tang’s art is unique in so many ways, one of which being the fact that the artist chose paper cutting, one of the most ancient ways of artistic expressions in China and the world, to put forward some of the most urgent and existential concerns of the contemporary society.

Be the works as small as the label of a Coca-Cola bottle or as big as the height of an average adult, Tang Zhengwei’s paper cuttings draw you in with awe and fascination. Among the artist’s most grandiose creations are paper cut power plants. As if heavy monolith of concrete and metal, electric poles and wires were turned into paper poetry that soars up in the exact grid pattern. On top of Tang Zhengwei’s towers, factory pipes exhale clouds of smoke in rapid and deliberate bursts. Lace of fumes floating up, distorting and twisting along their wayward path.

Light in its materiality but heavy in consciousness, his works challenge us and provide an alternative source for reflection as if revealing the whole complexity of the environmental situation including intricacies of politics, social and financial maneuvering that are translated into no less intricate and elaborate paper cut designs.