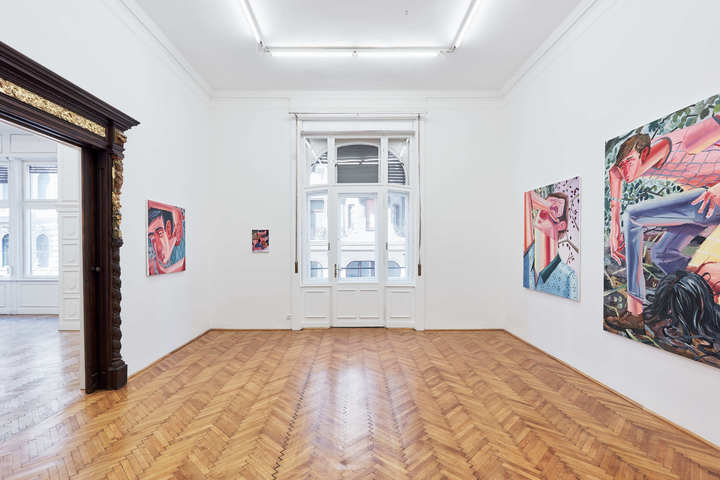 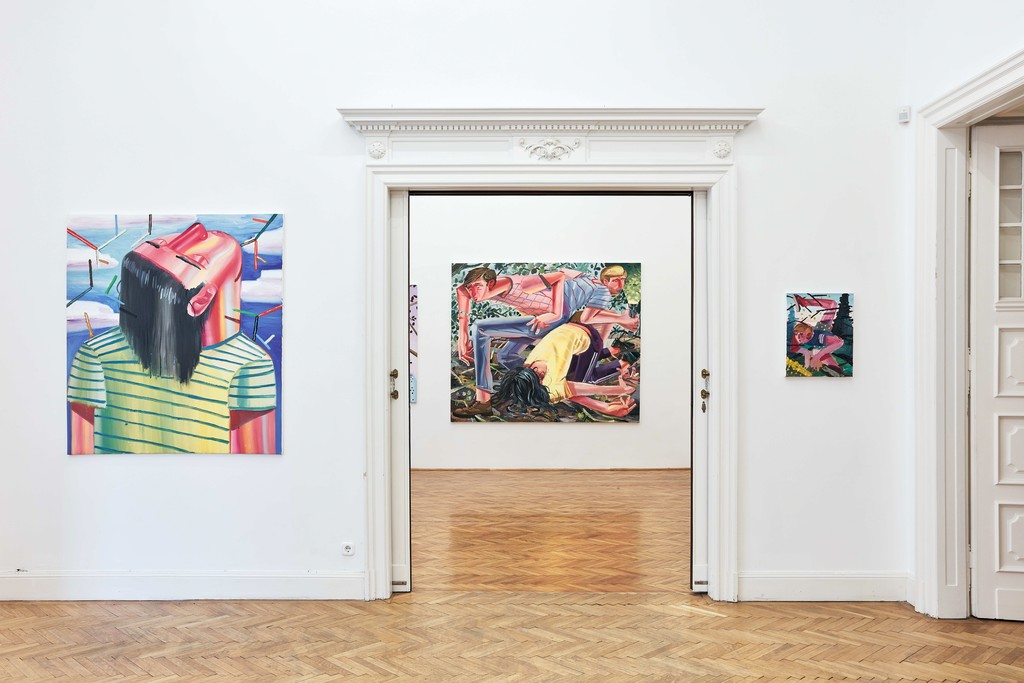 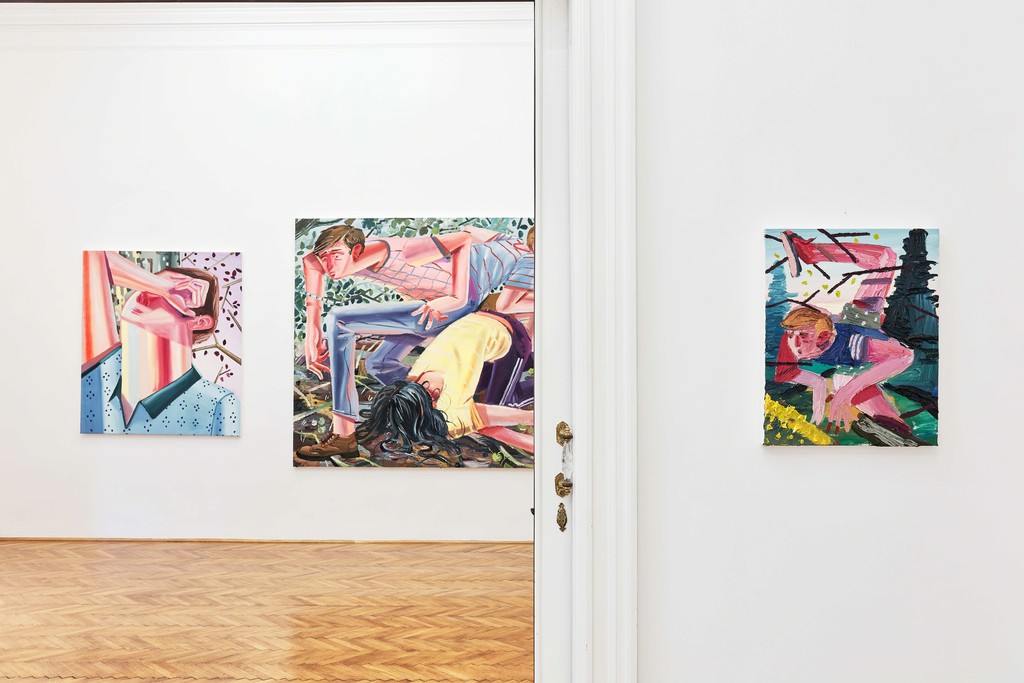 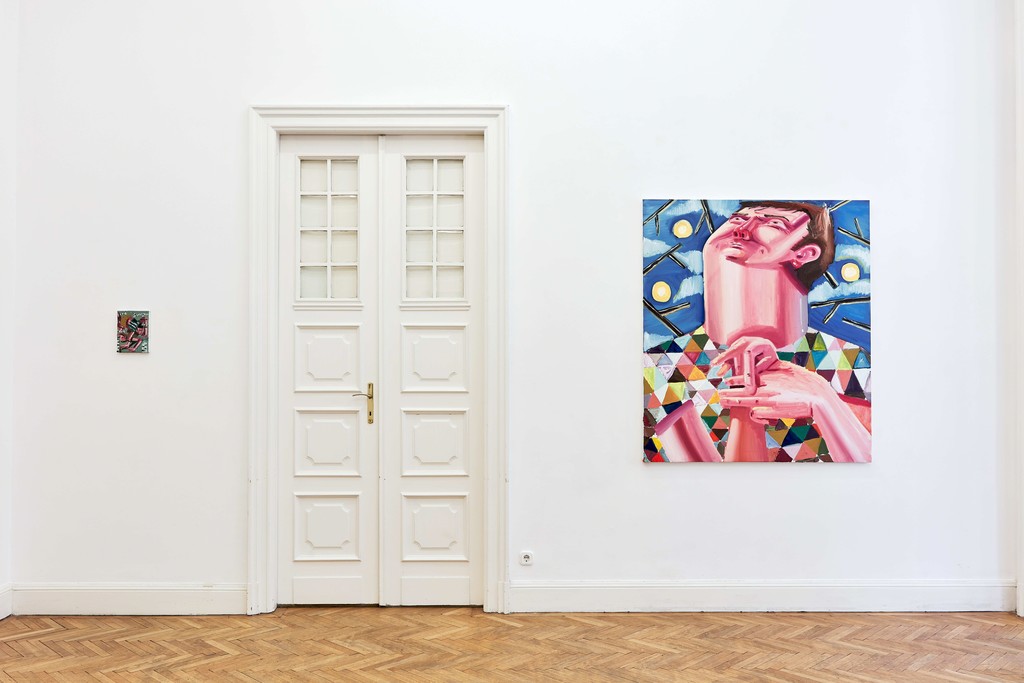 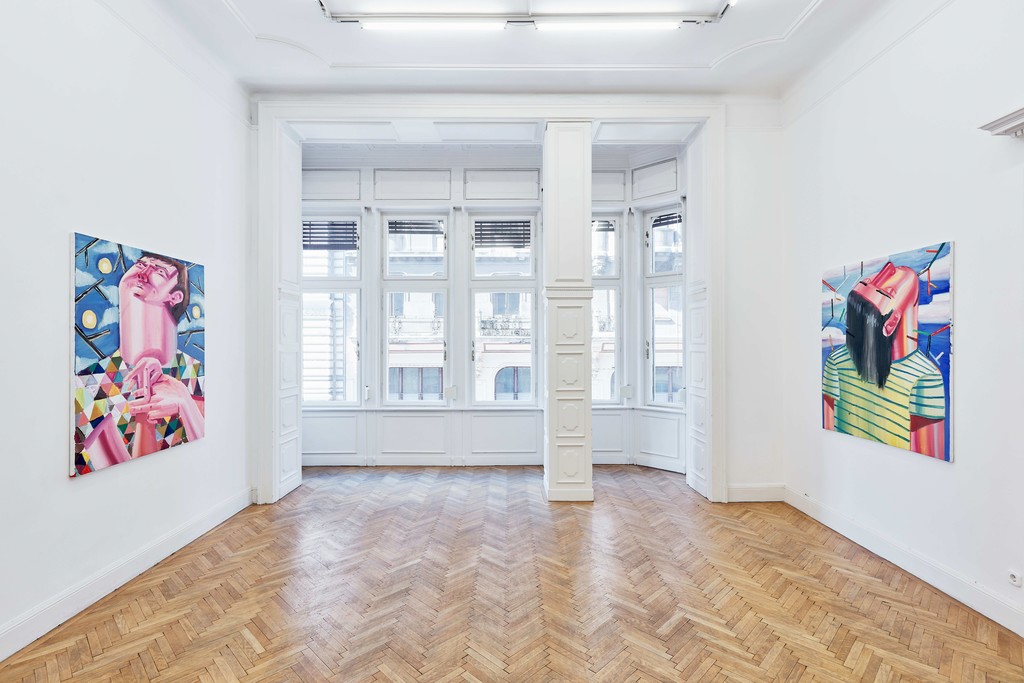 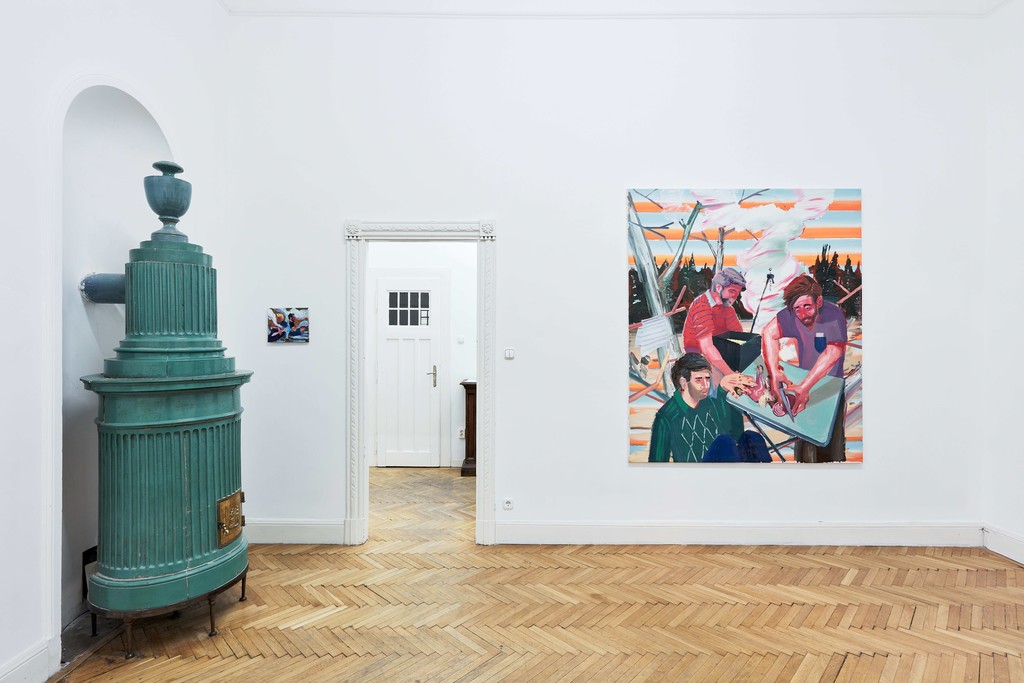 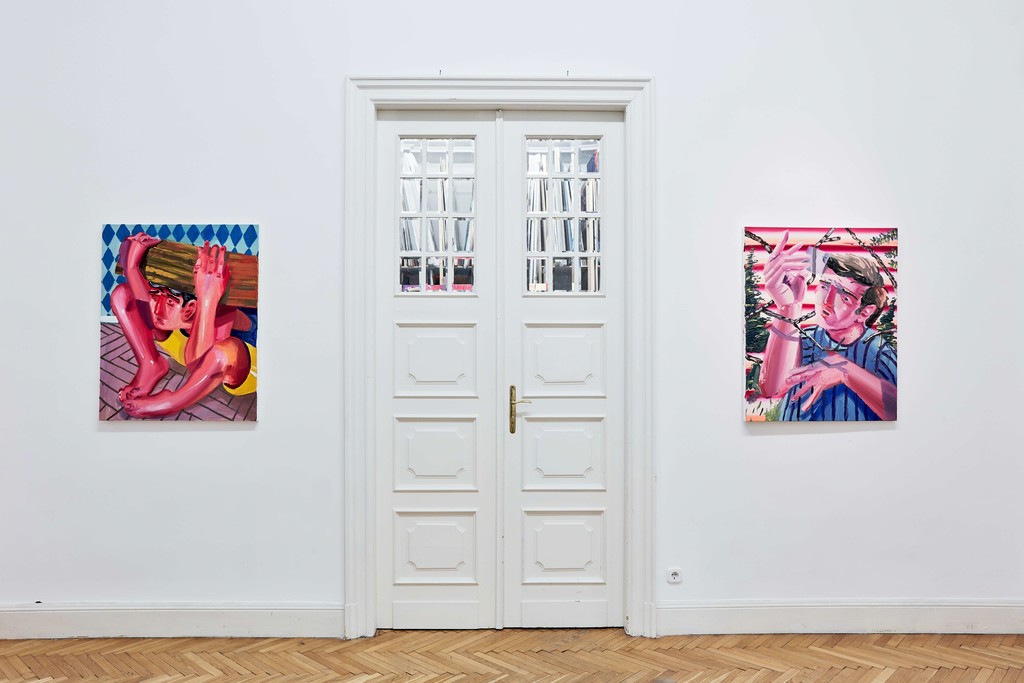 Lanky boys clumsily tripping over and adoloscents who are never to grow up stumbling through richly coloured canvases like the black-and-white protagonists of silent movies have become almost trademarks of Ezer’s painting. We see these figures falling over in the woods, chopping onions on the camping table, sitting in the pungent smoke of campfire or carrying some branches over their shoulders. As if it were always summer, or weekend: let’s go to patch of land we have in the country, or the camping grounds in the woods!
Ezer’s figures –always men, somewhere around puberty and the infinitely extendable age of immaturity– are your typical ”everyday heroes” from Central-Eastern Europe. They step outside their tents boldly (wearing their shorts), examine little blue berries with great intensity (might as well, now that they’ve fallen over), carry firewood through the forest (sturggling under the weight), they even climb up to the top of slender birch trees (from where they do, of course, somersault right down to the lawn below, accompanied by broken branches.) Their stories are never heroic; their fall is always inevitable and of no consequence. They tumble down from the sky not like Icarus had, their faith follows no dramatic arch, since after tripping over they get up on their feet each time, dust themselves off, and proceed to fumble around unpertubed, like the protagonists of grotesque comedies and comic books.
Their fall is unlike that of Icarus; instead, it can be likened to that of Sisifus: the continuous, never-ending nature of their stumbling is what makes these figures, in the end, tragic heroes. However, Ezer hides that bashfully as the drama lying deep in the narrative is overpowered by the obnoxious charm of the depicted figures, the post-modern frenzy of dappled-striped patterns, as well as the expressive brushstrokes and a polyhcromity awash with colour contrasts.
Ezer’s new series features overgrown giant-portraits too: huge pink faces with arms and necks evoking the „tubular curves” of Fernand Léger stretch their gazes towards the sky, shaving, whistling, playing with their fingers. The protagonists of the portraits are also male figures typical of Ezer’s visual world, but their solitude, which burst the frames of the canvas, elevate them into existential symbols of the young artist’s painting.