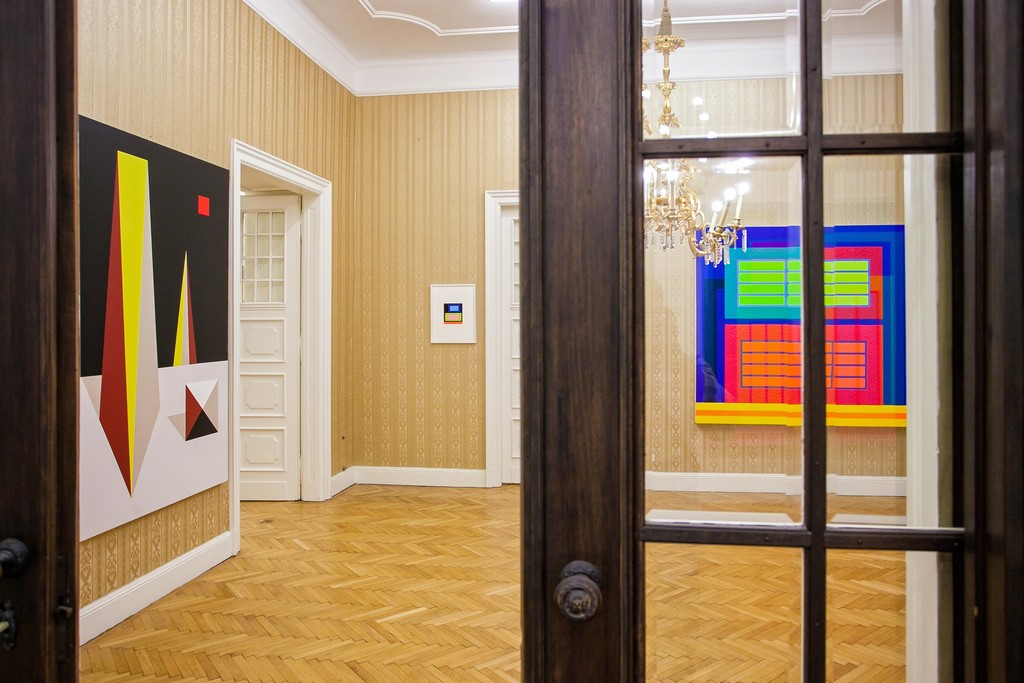 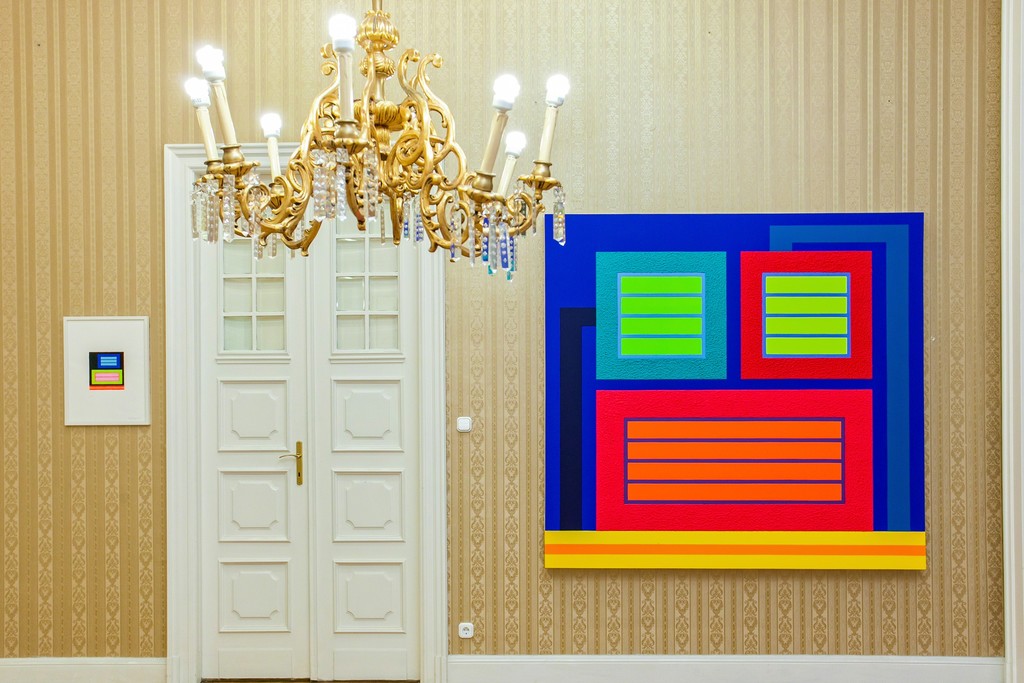 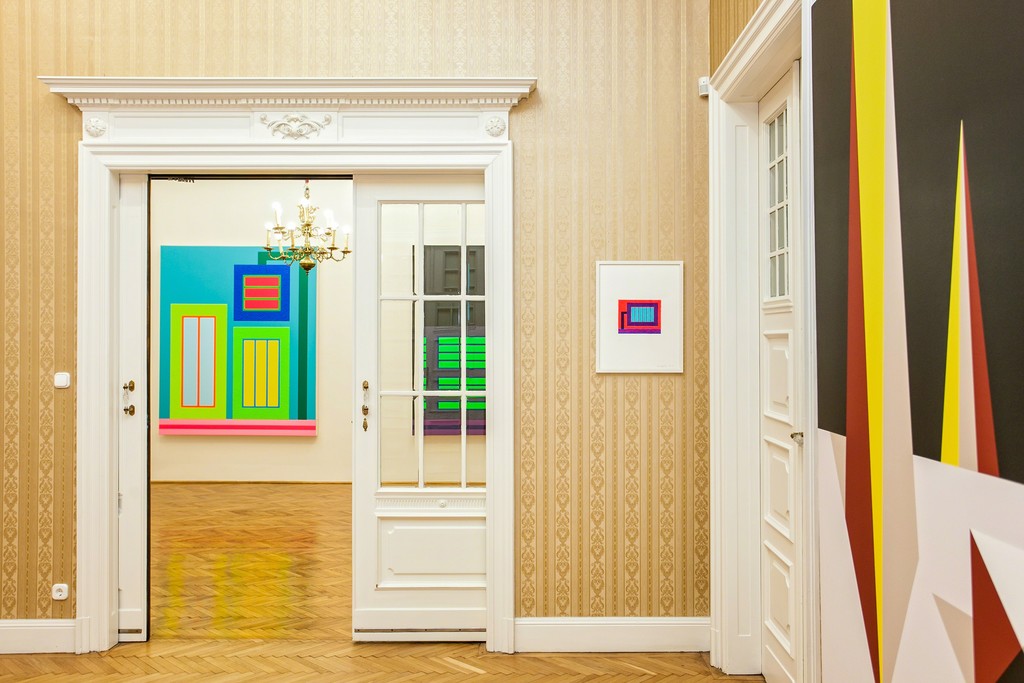 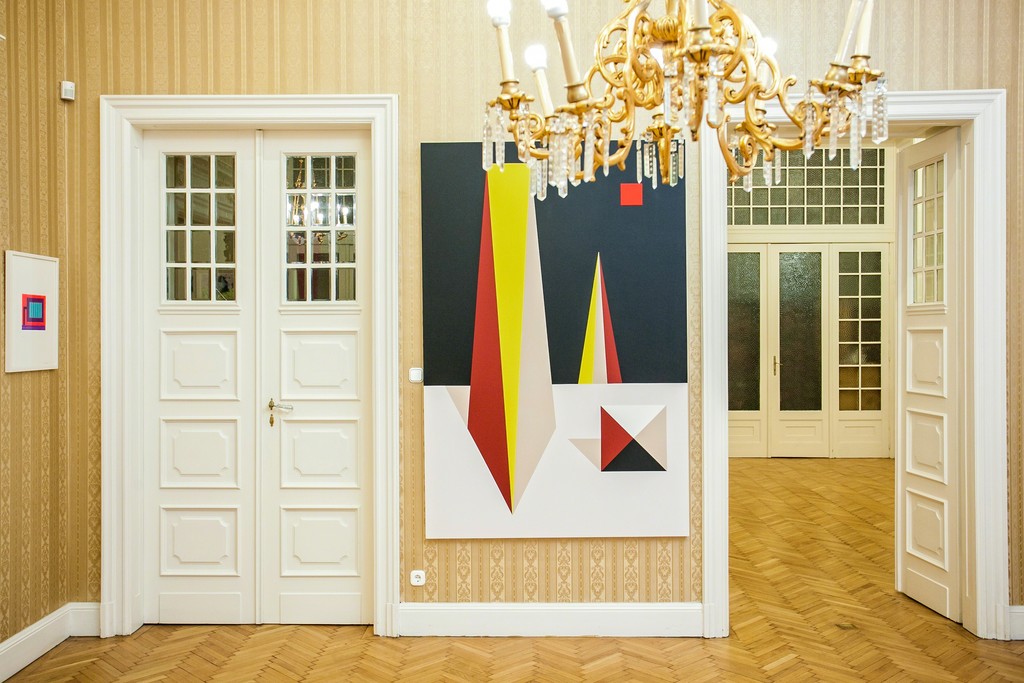 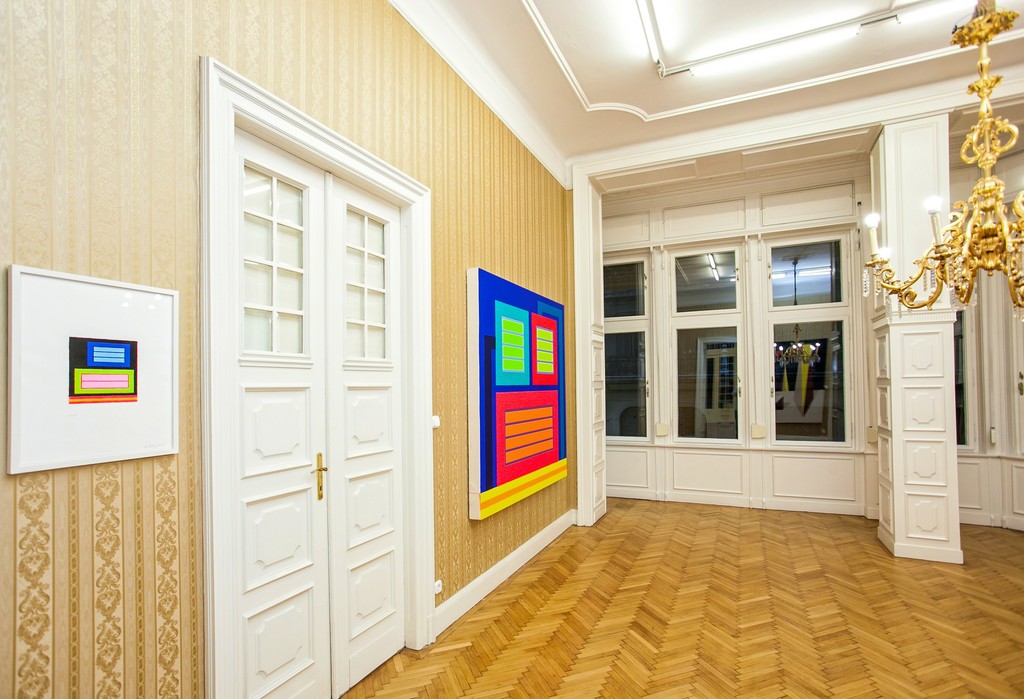 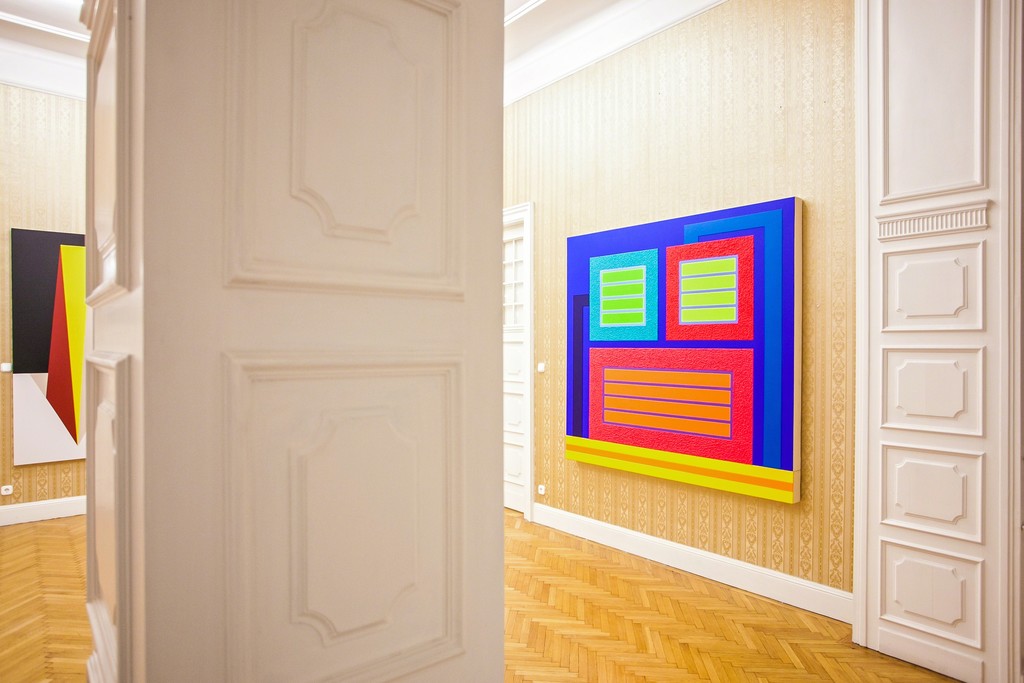 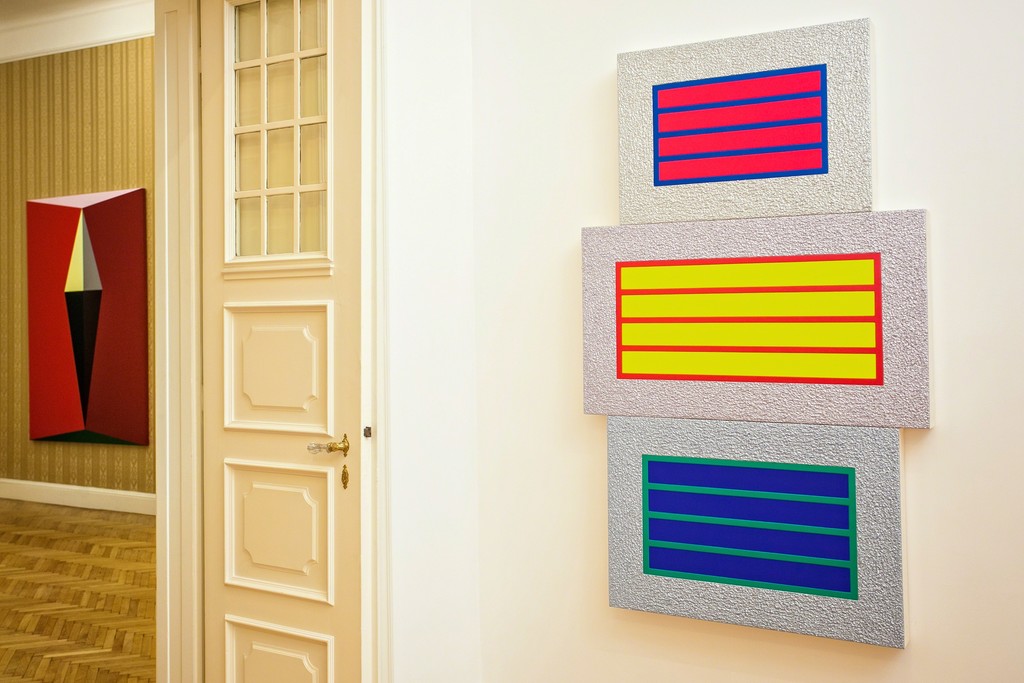 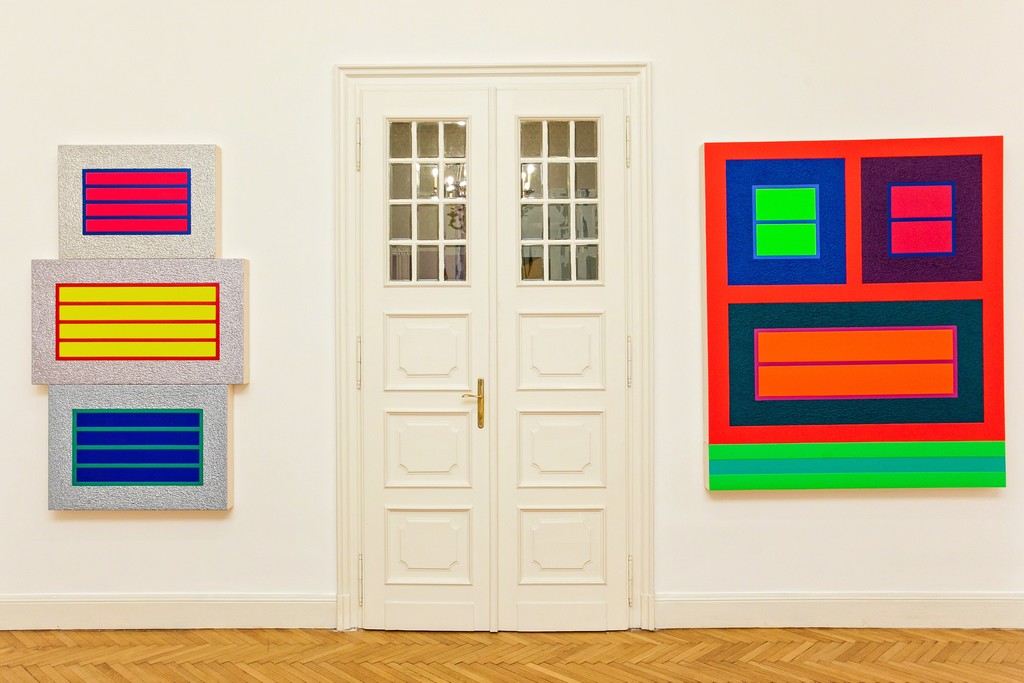 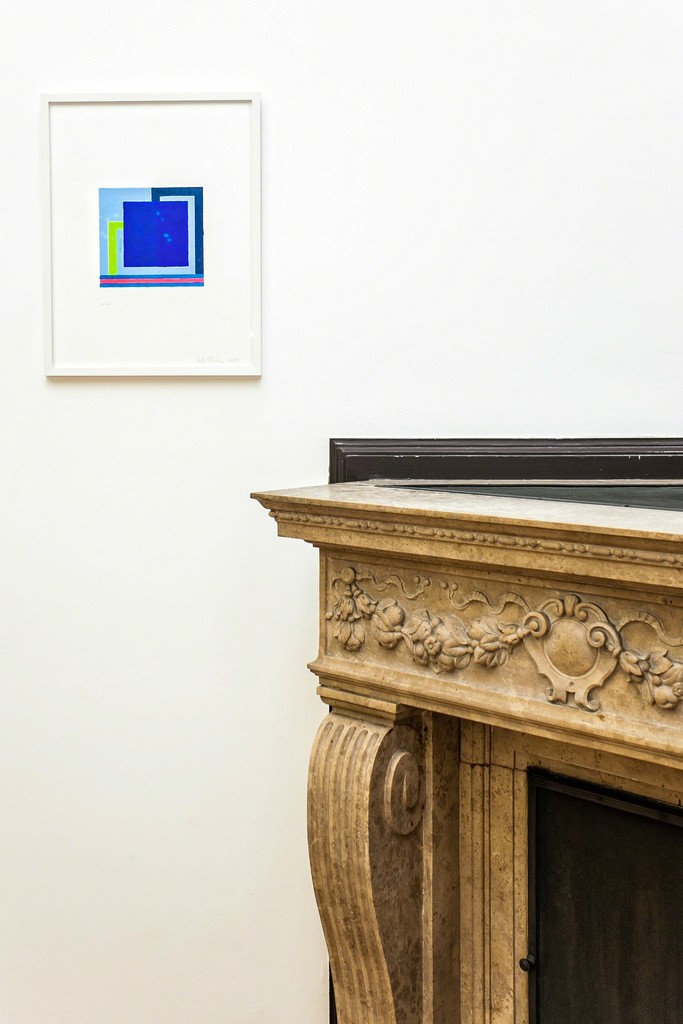 Throughout its course, the history of art and its agents have tried to freeze moments in time, to categorize artists and the outcome of their modus operandi, to put order and labels into the often chaotic and disparate phenomena generated by a multitude of creative forces. At the same time we can find individual positions, a desire for autonomy and, last but not least, the ultimate artist’s necessity of being a singularity within the current cultural landscape. Through these individual figures we can build parallel histories, unexpected connections, and diagonal narratives in order to undermine the monolithic understanding of art history using its own tools, deconstructing linearity from within; acting through implosion rather than explosion, invoking serendipity rather than programming, trusting spontaneous encounters rather than building common interests.

In his prophetic book, The Prison-House of Language: A Critical Account of Structuralism and Russian Formalism (1972), Fredric Jameson writes: ‘We may summarize this new theory of history by following the destiny attributed in it to language, which is the guiding thread of the analysis: from the Renaissance (in which the world is essentially God’s book, script, text, hieroglyph), through the classical period (with its dominant identification of grammar and logic), to modern times (with their essentially historical or genetic linguistics). History is thus marked by a gradual effacement of discourse, and now, with the emergence of Structuralism, seems on the point of returning to a notion of the predominance of language (or of the Symbolic Order in general) over history or the cogito as outmoded forms of thought.’ (Princeton University Press, pp. 192-3). This project, juxtaposing works by Imre Bak and works by Peter Halley within the unique context of ART+TEXT BUDAPEST at the Bedő House, perfectly embodies the aforementioned attitudes.

Imre Bak belongs to the Hungarian postwar neo-avant-garde and his work is mostly associated with the so called “Iparterv group” alongside Hungarian artists such as Ilona Keserü, László Lakner, Sándor Molnár, István Nádler, and Endre Tót, who all showed their work between 1968 and 1969 at the meeting hall of the Iparterv State Architectural Office in Budapest. At the same time his work is also highly regarded by the new generation of Hungarian artists and this appreciation is mutual, as demonstrated by “Absztrakt Változatok” (“Abstract Variations”) an exhibition organized by Bak himself in 2014 at Trapéz in Budapest and including works by artists from his generation—István Haász and Dóra Maurer—and artists from the new generation—Ádám Kokesch, Enikő Márton, Márton Nemes, and Gergő Szinyova..

Peter Halley is part of a generation of American artists that emerged in the early 1980s. His work has been recognized since his first exhibition at International with Monument in New York in 1985, which was followed by a second exhibition together with International with Monument artists Ashley Bickerton, Jeff Koons and Meyer Vaisman at the Sonnabend Gallery in New York in 1986. Rooted in the history of American and European painting, his work has been a reference to many artists working in the United States and beyond, also due to his unique position as artist/writer—through which he could address his work in connection to French thinkers such as Jean Baudrillard, Guy Debord, Michel Foucault, and Paul Virilio, as publisher of the seminal magazine Index, which was credited as one of the first publications to present the work of photographers such as Wolfgang Tillmans and Juergen Teller—and as a teacher, a position he held at the Yale School of Art from 1999 until 2011.

Although coming from different backgrounds and belonging to different generations Bak and Halley share many common interests in their unique and groundbreaking practices. Besides a natural versatility and curiosity towards the field of culture at large, the most apparent concern since the beginning of their practice, is the desire to break the pivotal dichotomy between abstraction and figuration, which has been at the base of the language of painting since Kazimir Malevich exhibited his first Black Square in 1915. This attitude is deliberately manifested in Bak’s seminal work Composition (1973), in which four rectangles—a white one at the top [sky], two green at the left and right sides [field(s)] and a blue one in the center [river]—come together as an abstract ensemble and simultaneously a landscape painting. Echoing this desire is Halley’s early work The Grave (1980) in which the picture plane is painted in accordance to this structure: 1/3 black, at the bottom side, 2/3 rust, at the top, and enriched by another grey rectangle positioned in its center.

‘Structure’ is the keyword for an optimal understanding of the common issues behind the oeuvres of Imre Bak and Peter Halley. In their work however, the notion of structure functions as a double-edged sword: on one hand it establishes an order within the composition of the work, strictly categorizing it; and on the other hand these self-imposed rules paradoxically generate a multiplicity of possibilities, which are then materialized in the works themselves through infinite combinations of color and forms. This is particularly visible in Bak’s works from the 1980s such as the “Fresh” series and in Halley’s iconic “Cells,” “Conduits,” and “Prisons.” In these cases the notion of limitation—imprisonment—and the desire of total freedom—freshness—come together, they collide and mirror each other as if in the plot of a science fiction book, a literary genre that would be perfectly suitable to both artists considering Bak’s works The well-know story I (1984) and Salome (1991) and Halley’s fascination with Philip Guston’s late work.

Another important factor that permeates their works is the notion of “individual space”. While telling about his youth Halley states: ‘when I first came to New York, I felt the isolation of living in an apartment—it was a singular, individual existence. I imagined being in a box stacked up with many other boxes. […] The space of my work became premised on the idea that the way we live is characterized by physical isolation, but that we are reconnected through technology’. On the other hand while writing about the work of Peter Halley, Bak states: ‘Can man’s social identity be separated from his psychological presence? In other words: Is ‘man in society’ at the same time the rejection of ‘finite man’ (infinite) man, who considers his own perishing as a problem?’

Within this uncertain and complex reality full of turmoil, in a time in which all ideologies, border and divisions seem to collapse and to become obsolete, in which old words fail to match new ideas and new phenomena, the presentation of new body of works by Bak and Halley within the unique context of the Bedő House—one of Budapest’s finest private houses in the Art Nouveau style with roof tiles from the Zsolnay porcelain factory, which was built by Emil Vidor in 1903 for the art collector Rudolf Bedő’s family—becomes the only possible answer.