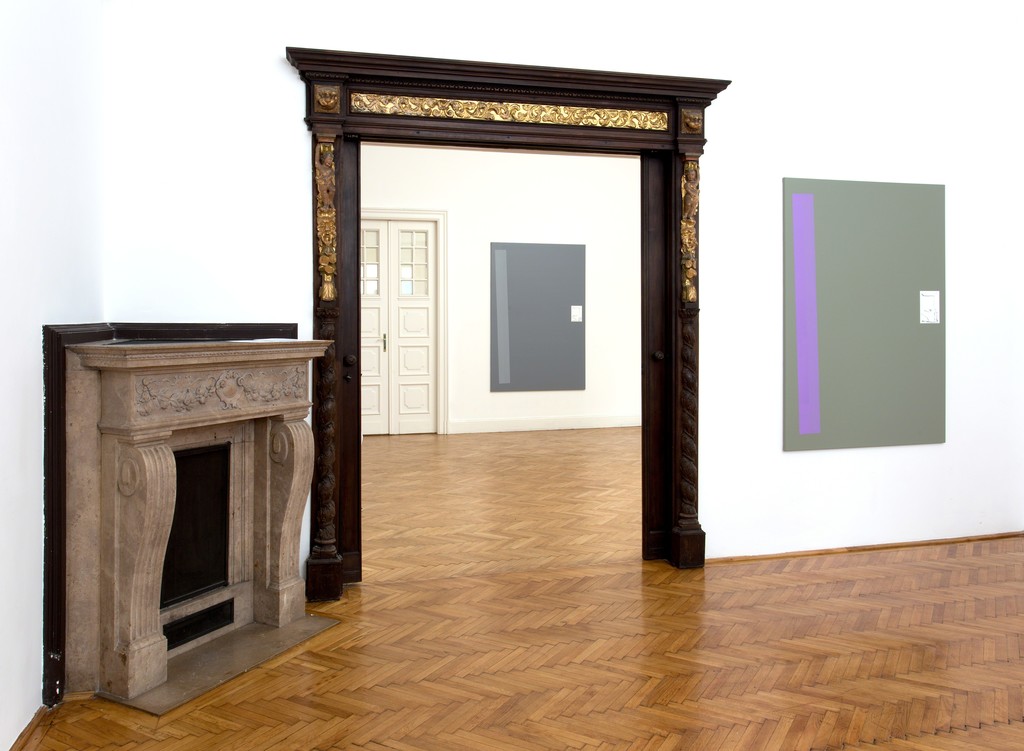 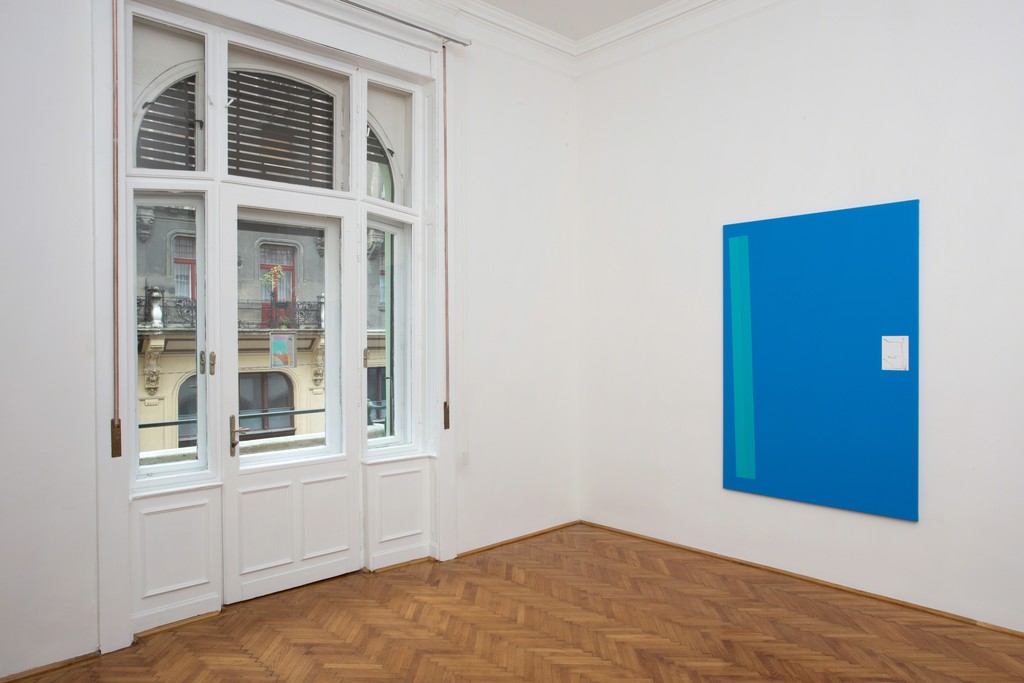 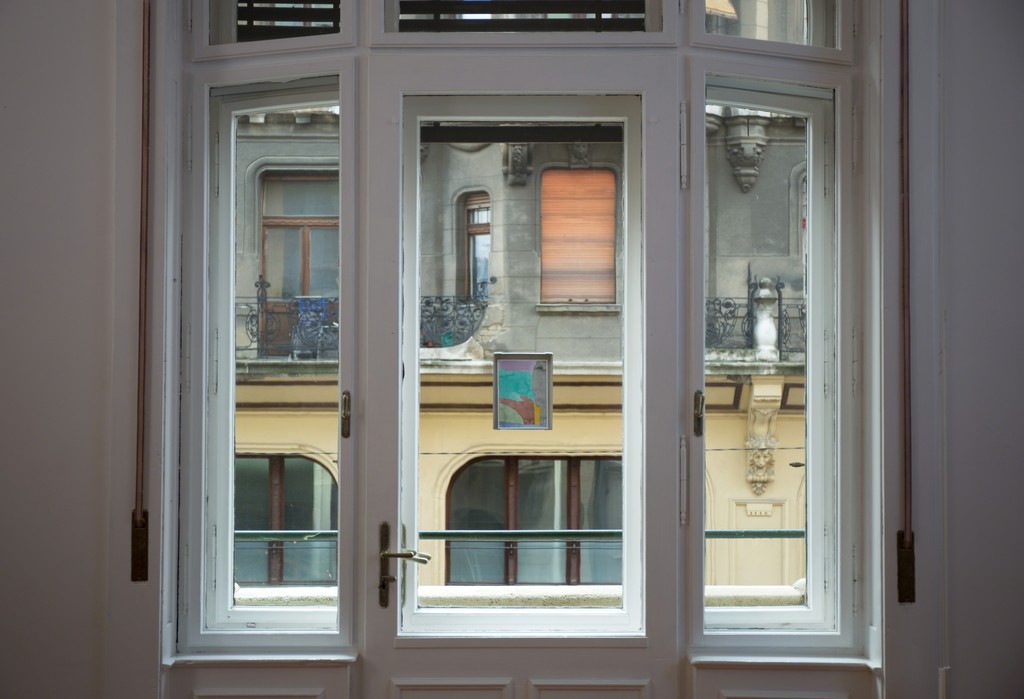 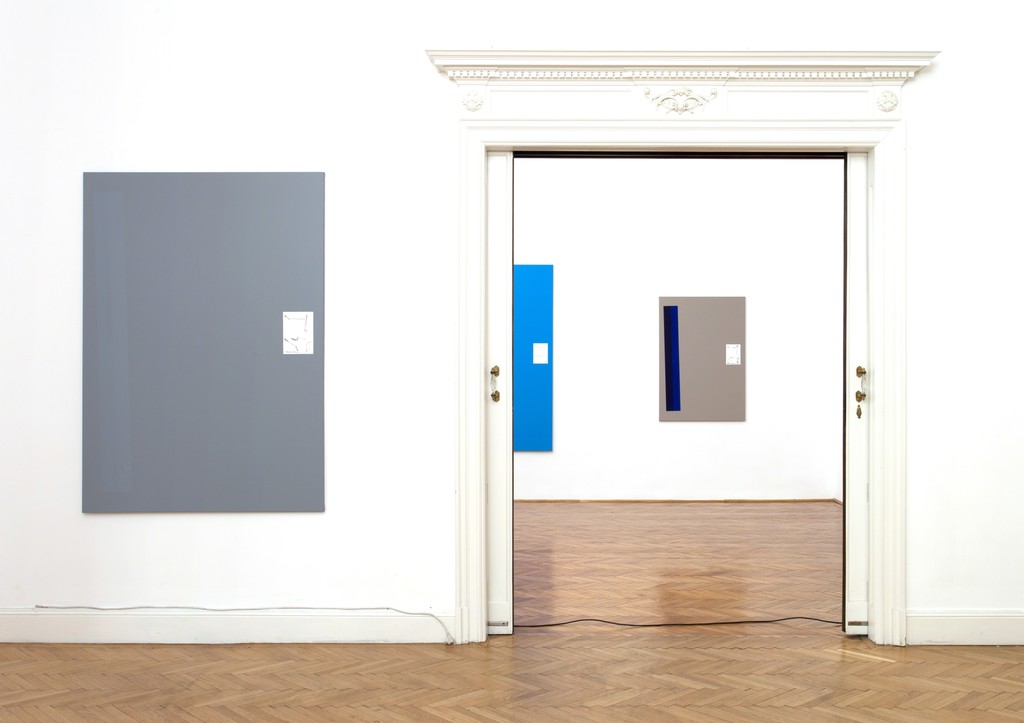 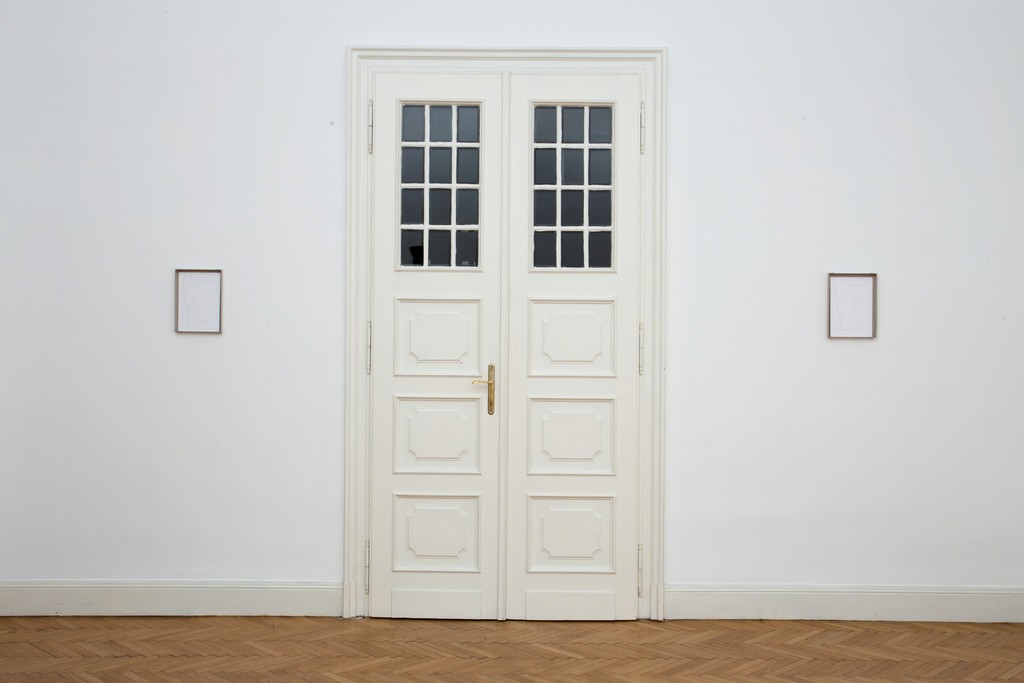 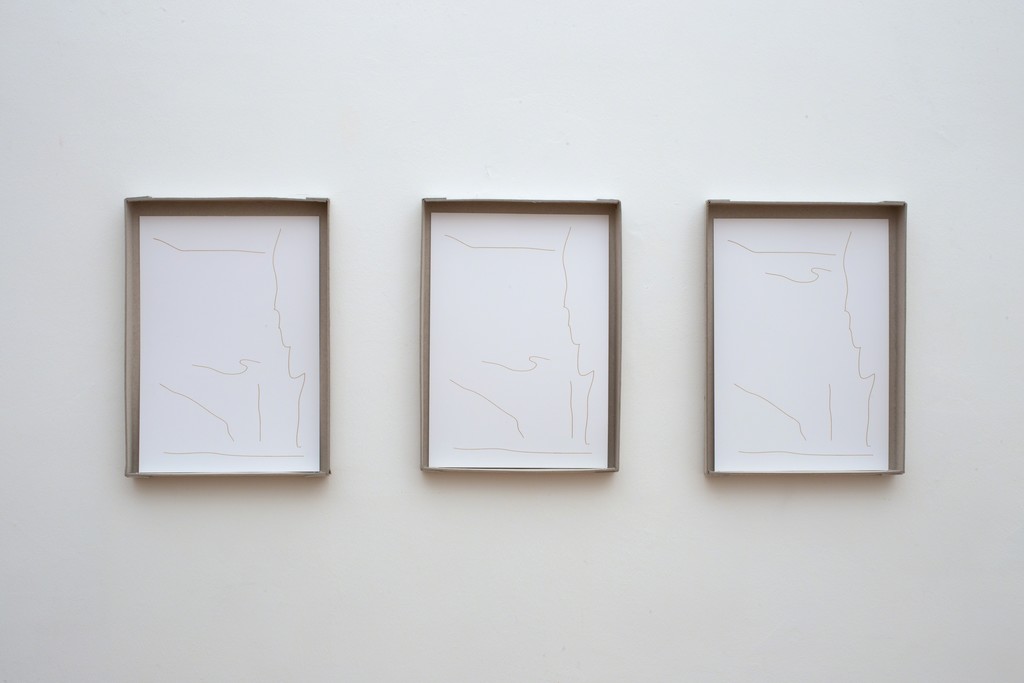 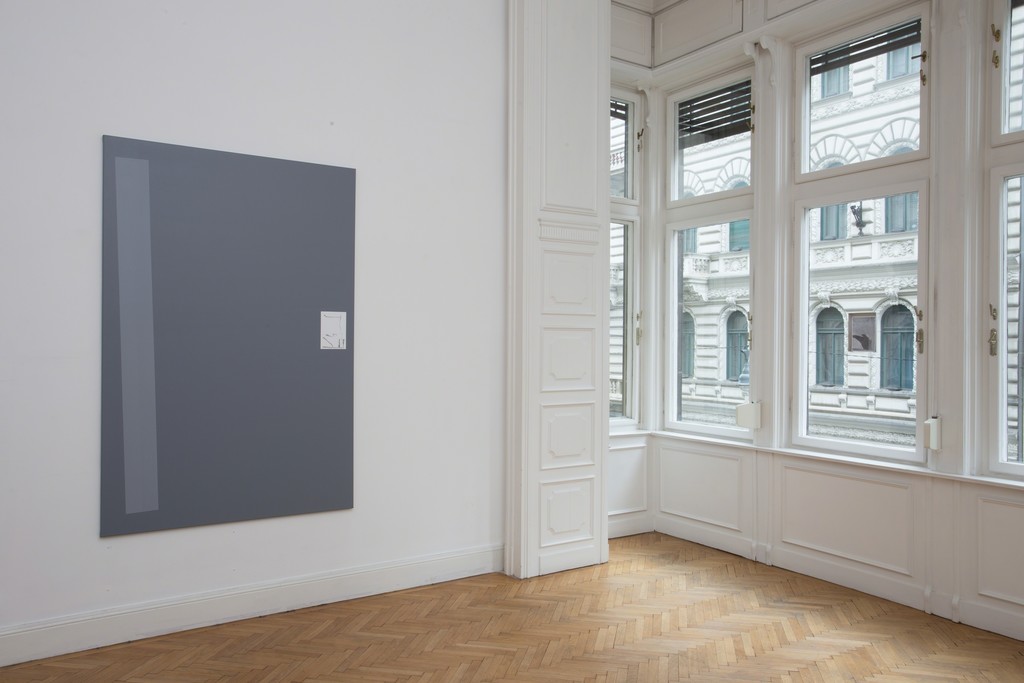 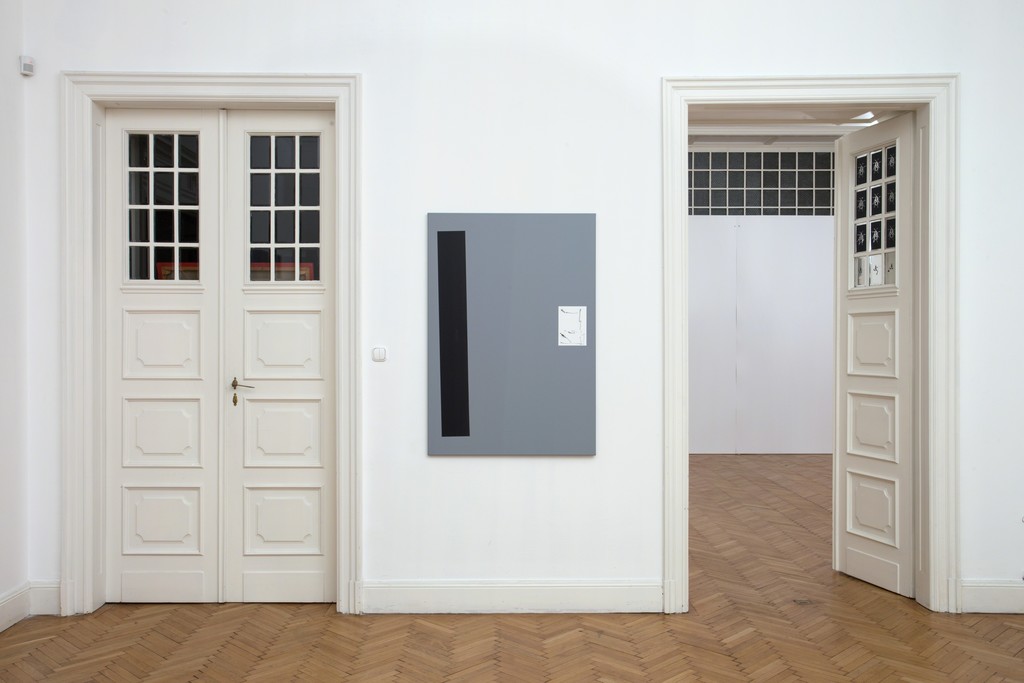 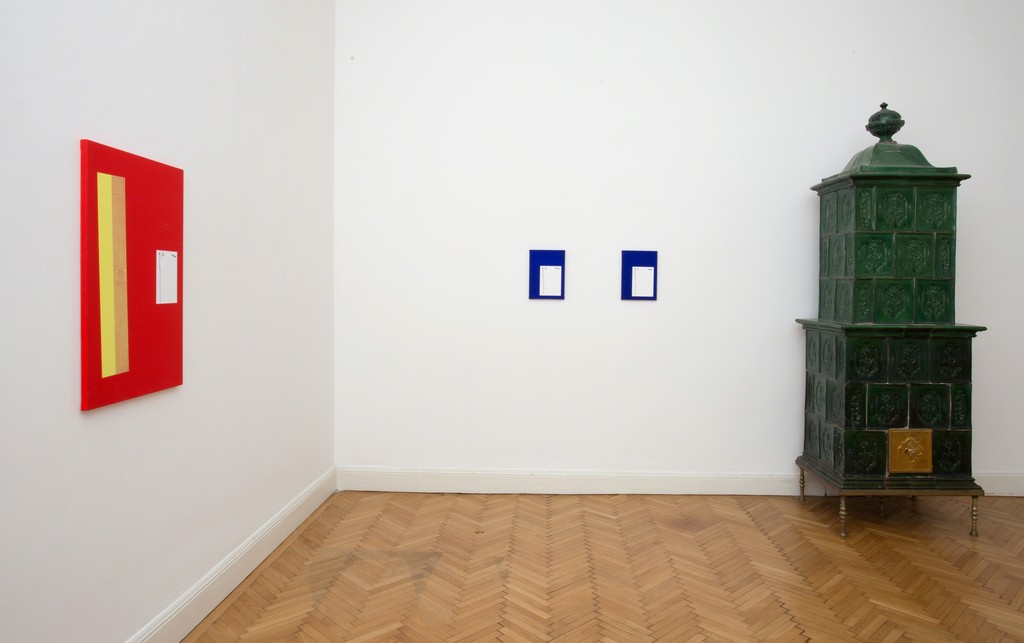 After World War II, Eastern European abstract painting not only admired the West and paid homage to the Parisian predecessors but it was eager to try gaining new information about them. The Iron Curtain turned out to be a semipermeable membrane – pictorial documents and news about the latest tendencies of the West passed through the wall, but generally in a damaged, incomplete form. According to the Western saying, Eastern European abstract art is the same as its overseas brother except that it applies fewer colours. The depressing tone derived from, on one hand, the existential angst of the artists dedicated to this prohibited form of art, on the other hand, from the poor quality of the era’s black-and-white reproductions. „Such a constellation, permits a very limited acceptance of eastern artists into the central area of art,” wrote the former Yugoslav theorist Igor Zabel. “An average eastern artist has, in his effort to produce modern art, remained a kind of 'incompletely realized western artist,' and thus, a second class artist.” (Dialogue, Art Press, no. 226, 1997) We know from the recollections of Imre Bak, the evergreen master of Hungarian abstract painting, that at the beginning of the ‘60s they tried to figure out from black-and-white magazine images what was going on in the West. Even for the generation of Zsigmond Károlyi at the beginning of the ‘70s, soviet books criticizing the western capitalist art served as information source on the new international tendencies of art (Zsigmond Károlyi, Black out reading, 1976). At the beginning of the ‘60s, for every artist from the socialist countries who had been given access to travel to the West, the journey was like a colour explosion – not only on the level of the visual culture of the consumer society, but also on the aesthetic level of fine arts.

Gergő Szinyova’s latest series from 2016 is built on a colour abstract watercolour painting. After he created the black-and-white versions of the work, Szinyova simplified the original painting into a schematic line drawing, whose motifs return on three other large-scale canvases painted with acrylic. Through the constant transfer and modification of the motifs the painter analyses the aesthetic nature of information distortion and information loss from the viewpoints of image history and image making techniques. The creation of black-and-white versions of the three acrylic paintings showing the given abstract theme in different sizes enables the painter to examine the pictorial information loss deriving from colour loss in an empirical way. For Szinyova, who was born in 1986, Hungarian art books made in the ‘60s, ‘70s and ‘80s usually containing black-and-white reproductions of poor quality represent nothing but historical curiosities that give an impression of the age. For him these publications are visually equal to industrial labels on the package of mass-produced goods carrying general visual raw material. The melancholy resulting from the age of mechanical reproduction (Walter Benjamin) is evoked by the application of mass production techniques: after he reproduced the free-hand drawn motifs with a graphic design software, Szinyova burned the vector graphic with an industrial laser into the surface of paper slightly modifying the compositions of the new images. This technique allowed him to analyse in “laboratorial” conditions how perception and aesthetic judgment making work.

Gergő Szinyova (1986–) is one of most outstanding artists of his generation who not only builds his career very consciously and had a successful debut at the beginning of his career but he has had several international exhibitions ever since. In the last three years he participated in artist-in-residence programs (Stockholm, Los Angeles, New York City). Solo shows include a presentation at LISTE in Basel in 2014 (represented by Kisterem Gallery) and a solo exhibition at Anat Ebgi Gallery, Los Angeles in 2015. This summer his works were exhibited in a group show at Annarumma Gallery in Naples and at not.a.collective’s project room in Brooklyn, New York with other promising international artists (2016). Each year he has been presenting a solo show since his first solo exhibition at Kisterem Gallery, Budapest (2012): Paksi Képtár, Paks, Hungary in 2013, Anat Egbi Gallery, LA in 2015. He participated in the group show entitled Dys-Picture Generation at Art+Text Budapest in 2015.