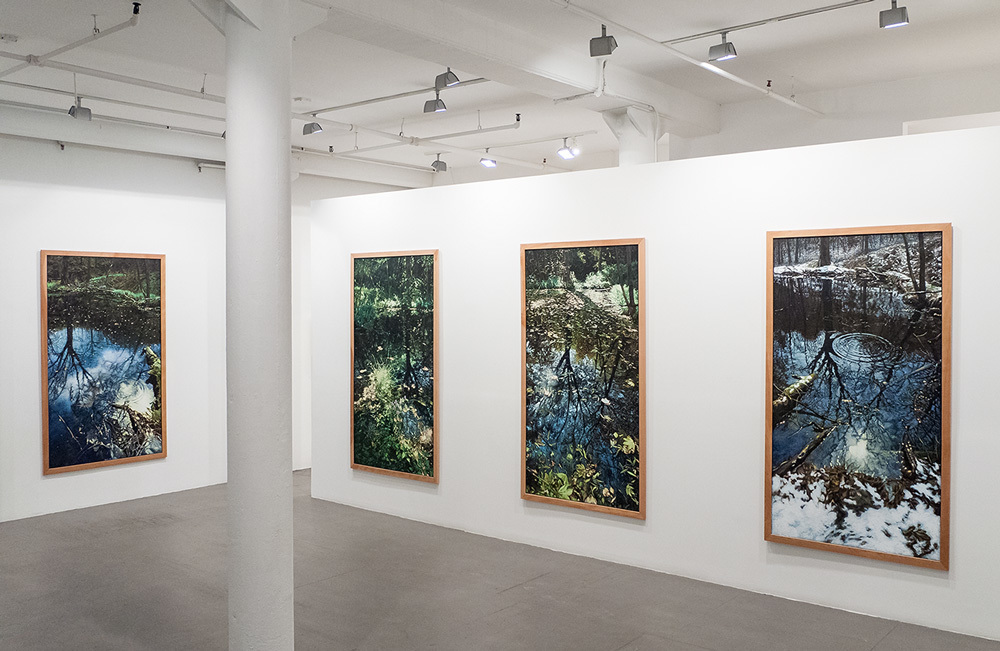 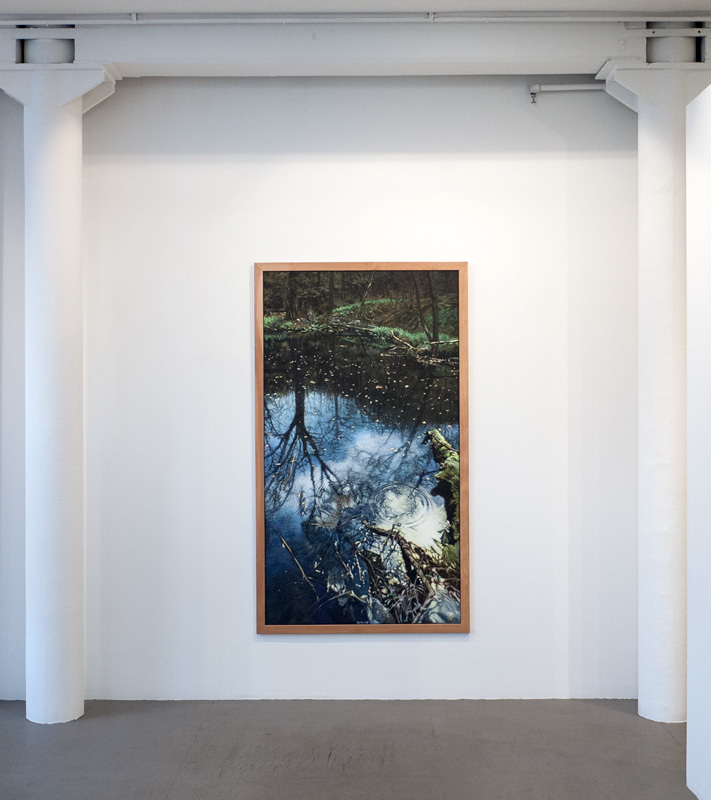 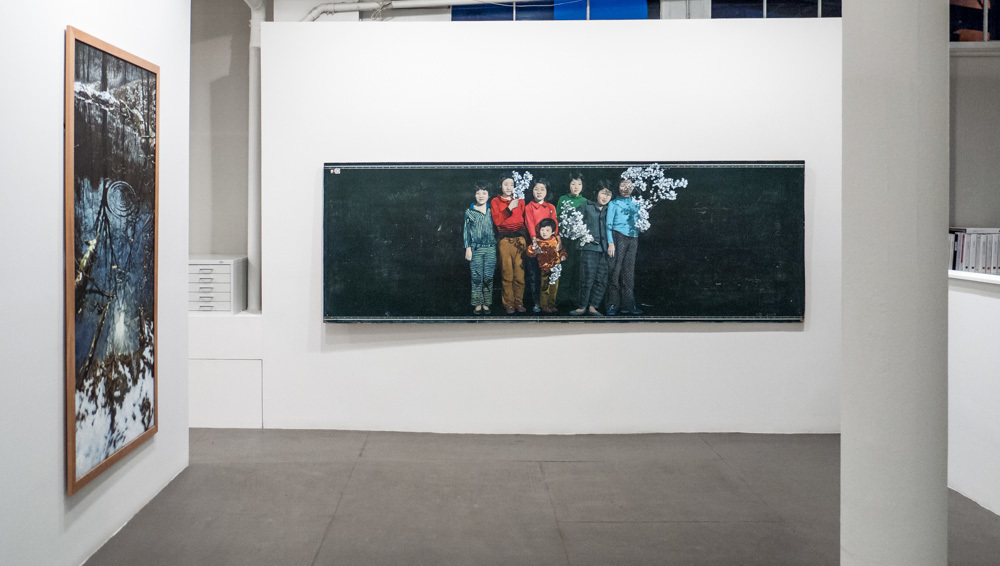 Art Projects is pleased to present 'The New Four Seasons', a solo exhibition of works by Myong Hi Kim that focuses on her most recent four large oil pastel on chalkboard works. In these ambitious works, Kim returns to a subject and a medium she has previously explored; a pond, hosting the reflection of surrounding wood and sky, and a bit of the wood itself are depicted in spring, summer, fall, and winter. The viewpoint of the pond and distinctive tree reflections and the overhead position of the sun are roughly the same from panel to panel. The scene is of the locale, in the mountains of northern South Korea, around Kim’s studio—an abandoned school house repurposed. Kim, though, made these works in her New York City studio.

And held in Kim’s mind while creating these large pastels were the poems of a 4th Century Chinese poet; conjured up, in one poem, is an image of an oar piercing the reflection of the moon that rests underneath a wave. This discussion of a broken reflection brings us directly in front of Kim’s four light-filled panels. The works themselves depict what is neither present nor experienced by the artist. She refers to the works as simulacra and points to more than the problem of the reproduction not being the original—she directs the viewers thoughts to the idea that the original itself is beyond being experienced. The moon cannot be touched on earth; the four seasons are not experienced first hand.

The central images of the works are not the woods and sky of the mountains but their reflection in the pond and the castoff leaves and twigs that float atop the water and amid the reflections. Distanced reflection becomes subject, and Kim further emphasizes the fragility of this long distance appreciation by making clear she is depicting only a brief moment in time—on the pond’s surface in each of the seasons, concentric ripples announce that we are observing the moment just after the pond’s surface has been disturbed by an insect or a drop of water or a dislodged piece of ice. Kim helps the viewer understand that her artwork as simulacra cannot be a rendering of the experience of the passage of the four seasons; it, as labor intensive as it was to produce, is only a re-imaging of an illusion first revealed by the reflected light from the briefest of moments. Kim’s careful recreation of leaves floating in the water, or of summer grasses, or of snow clinging to the pond’s bank become a poetic meditation on what 1600 years ago in China or today in New York City can only be kept in poem or painting; the faithful images Spring, Summer, Fall, and Winter are discussions of their own artifice.