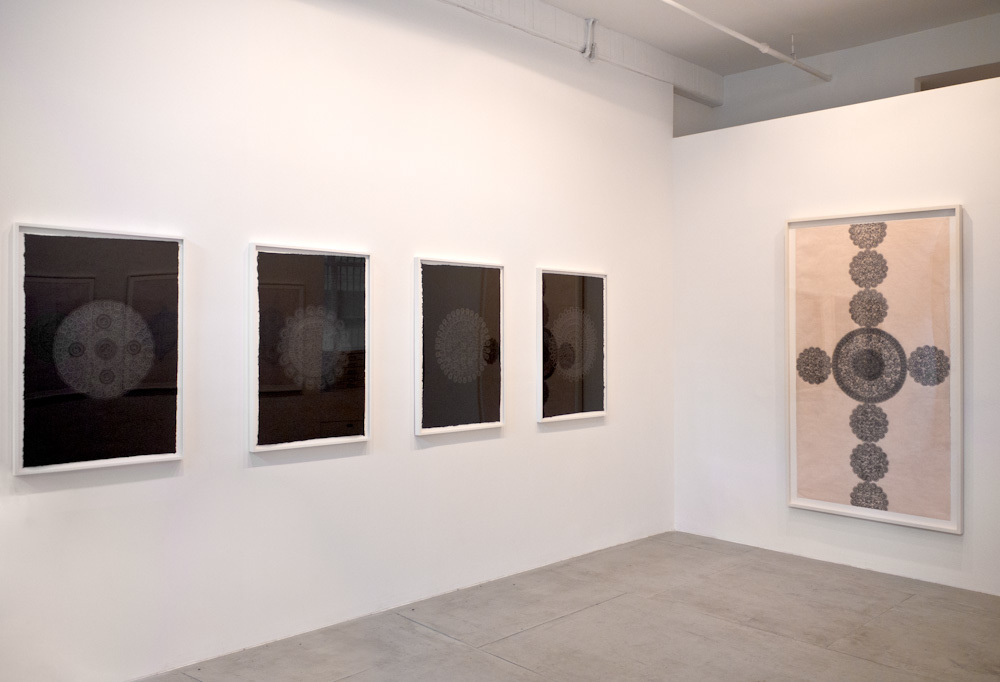 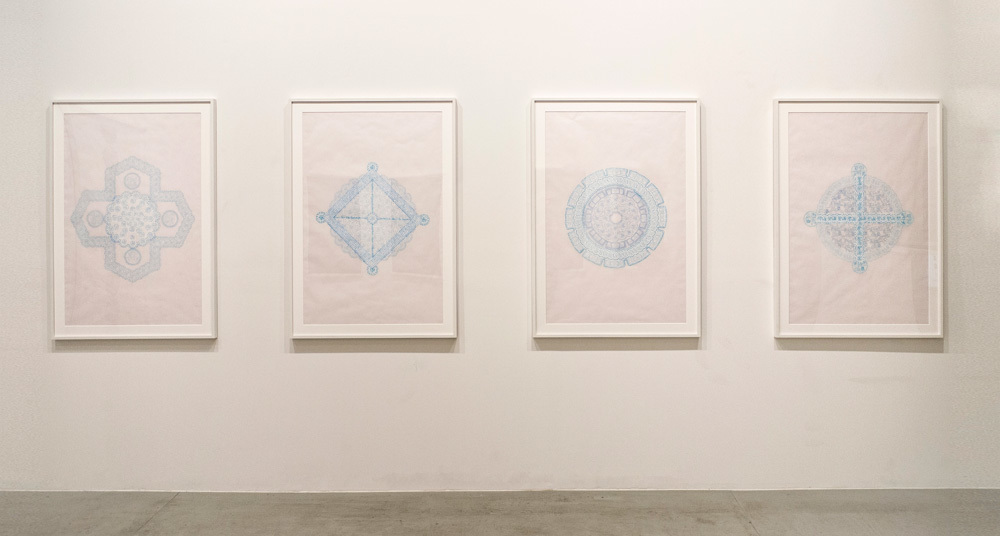 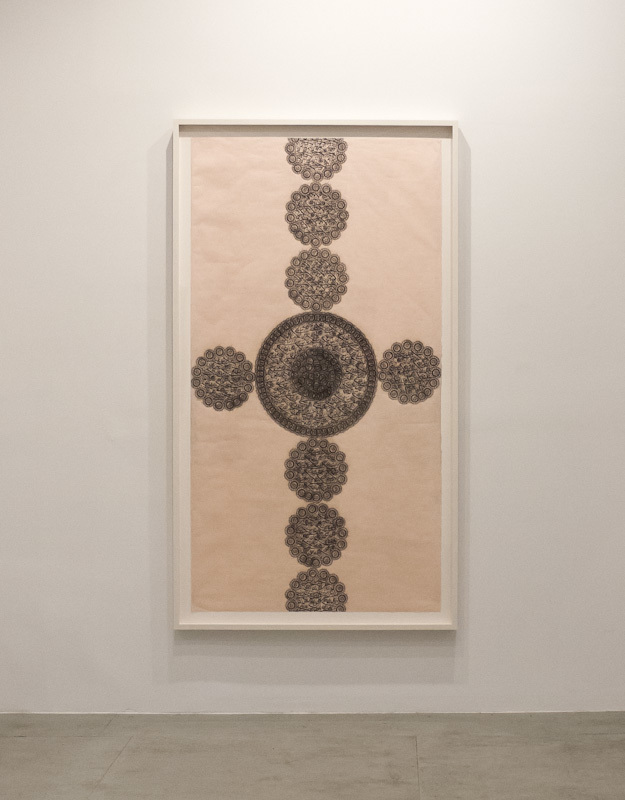 Art Projects International is pleased to present 'Pouran Jinchi: Dawn, Noon and Night' from March 1 to April 14, 2012. The artist’s third solo exhibition at the gallery will introduce a new series of drawings by Pouran Jinchi.

Pigment is rubbed on paper over a prayer stone (mohr) – a clay tablet headrest used by some Shias when in prayer. In these works, Jinchi uses multiple rubbings of the raised text and simple patterns of the round or rectangular prayer stones to create larger patterns. Ultimately, the dozens upon dozens of rubbings form a circle or a cross or another basic geometric form. Jinchi speaks of these forms as being universal and as coming from nature before appearing in the world’s cultures. Some additional text and drawing may be added to complete the intricate and subtle yet bold and direct drawings.

Her process of repeatedly rubbing the stones to make an image and then again and again repeating this process to complete the drawings point to the body movements humans have made in contemplation, revery and prayer over millennia. The clarity and refinement of the larger geometric forms and their organic formation speak to natural processes which result in shapes of highly ordered structure, an ice crystal for example, that at the same time give little clue as to the forces involved in their creation. Words aside and as in nature, one’s first prayer cannot be the same as one’s ten-thousandth, and the same goes for drawing.

Jinchi, a New York artist originally from Iran, has taken care to acquire mohr from the holy city of Mashad. Her efforts emphasize that in contemporary art meaning can be created not just through media and content but also through hidden process. Further, the differences between the cultures informing this work remind that perceptions of ancient practice, be it drawing or prayer, vary with changes in the body politic. Jinchi has utilized calligraphy, language and repetition throughout her career. As with earlier work, this most recent series mates discussions of how natural form enters culture and how the cultured mind focuses back on its natural influences; contemplated are the origin and destiny of humankind and what movements and forms seem inherent to its physical and spiritual presence.

A related series of sculptural work, Pouran Jinchi’s Prayer Stones will be shown as part of Phantoms of Asia: Contemporary Awakens the Past (guest curated by Mami Kataoka, Chief Curator, Mori Art Museum, Tokyo, in collaboration with Allison Harding) starting in the spring of this year at the Asian Art Museum in San Francisco, CA.