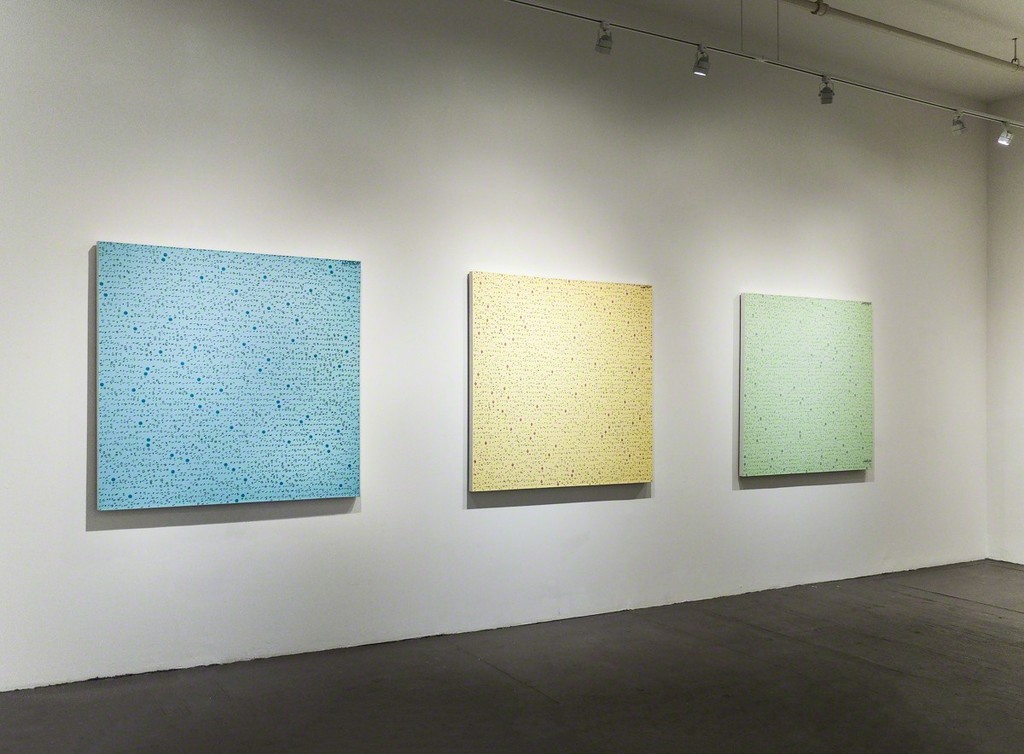 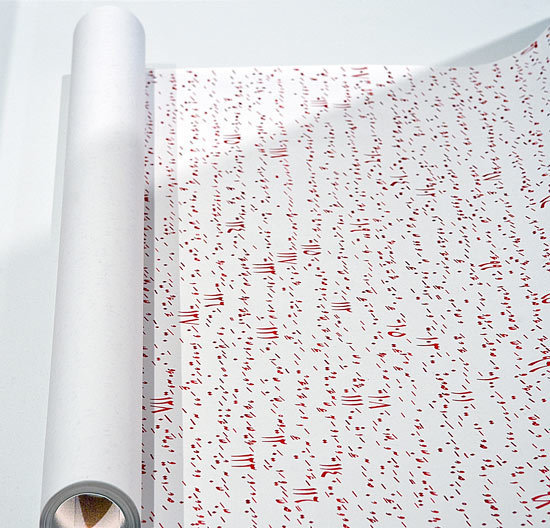 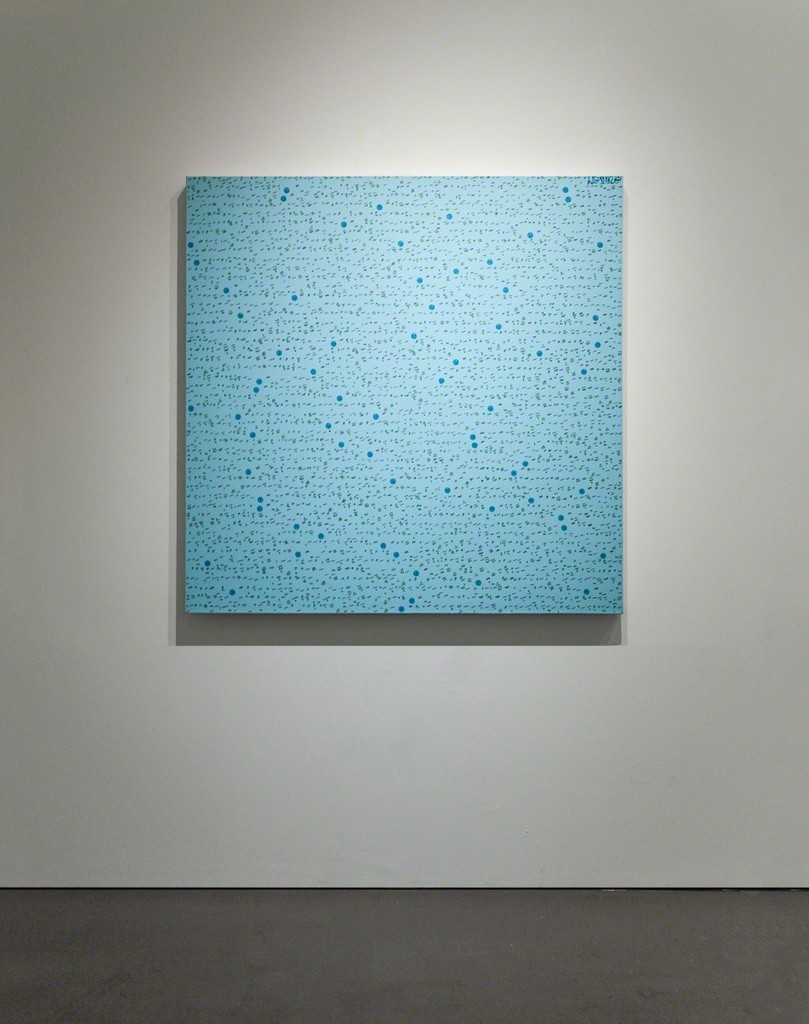 In our Viewing Room: A special presentation of three large works on canvas along with a large-scale ink on paper scroll by Pouran Jinchi from the Tajvid series (2009), represented in the collection of the Herbert F. Johnson Museum of Art at Cornell University and the Museum of Fine Arts, Houston.

Pouran Jinchi in her Tajvid works presents faithful representation of the pronunciation marks and the Suraand Aya (Chapter and Verse) markers from pages of different Qorans. What she leaves out is the text itself. In keeping with the Qoran as the word of God, Tajvid refers to the proper pronunciation, phrasing and attitude in reading holy words. The diacritical marks Jinchi has rendered are not used in everyday Arabic writing where they would be extraneous but their use in the Qoran is critical in helping the reader precisely emulate the sound of divine speech. In Jinchi’s paintings, though, the words are gone; what was an indicator of the way to holiness now becomes a code without a subject. Jinchi further emphasizes the formal beauty of the disembodied communication by keying each painting to a color: blue, yellow, green.