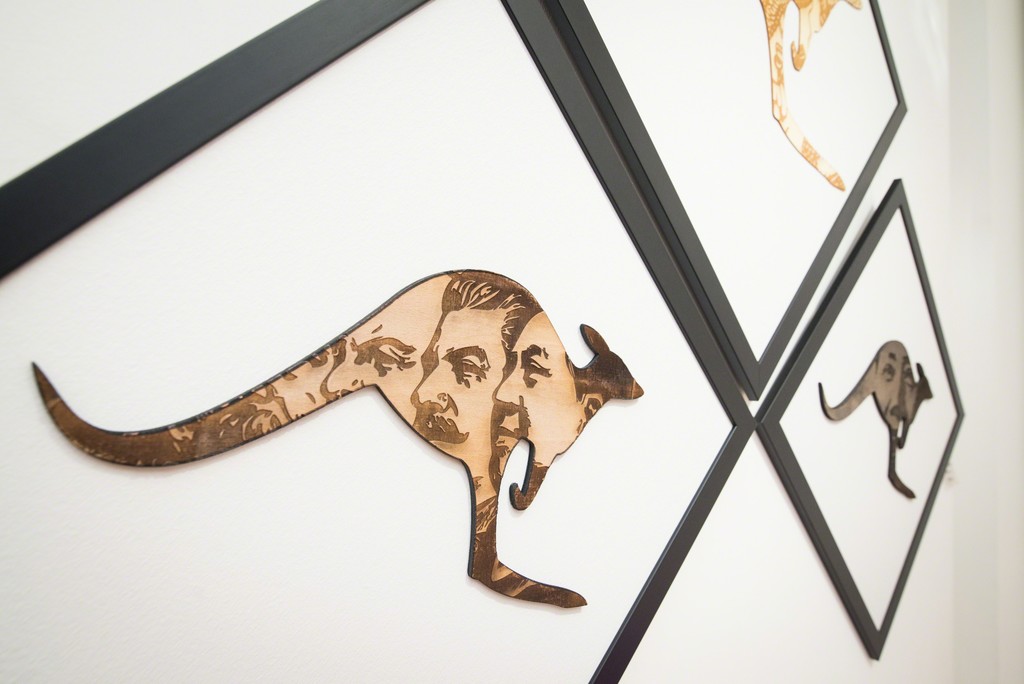 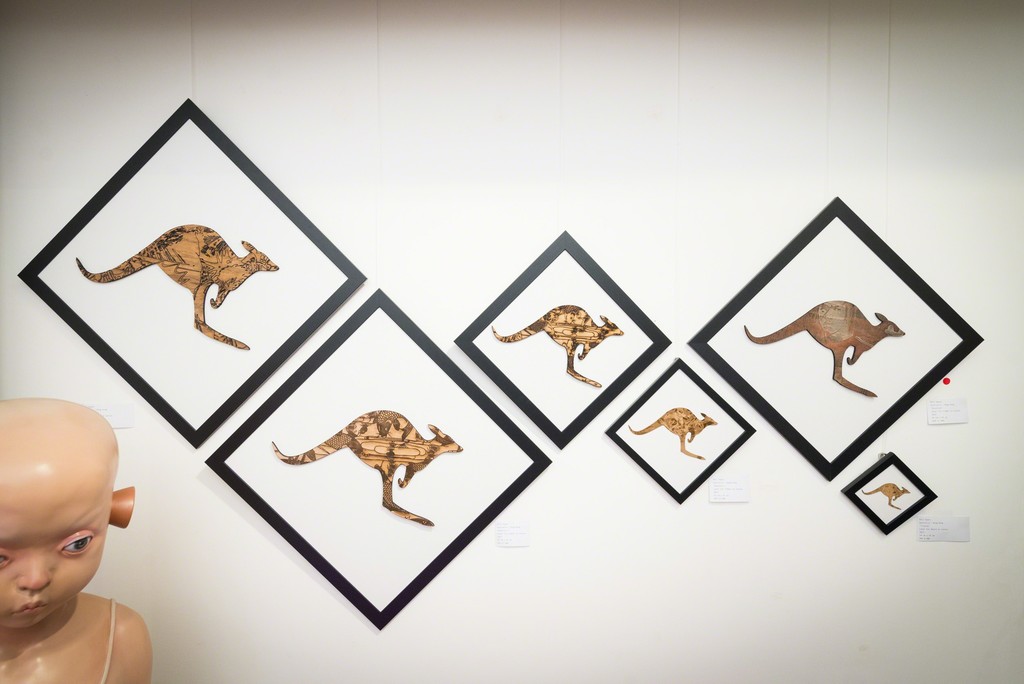 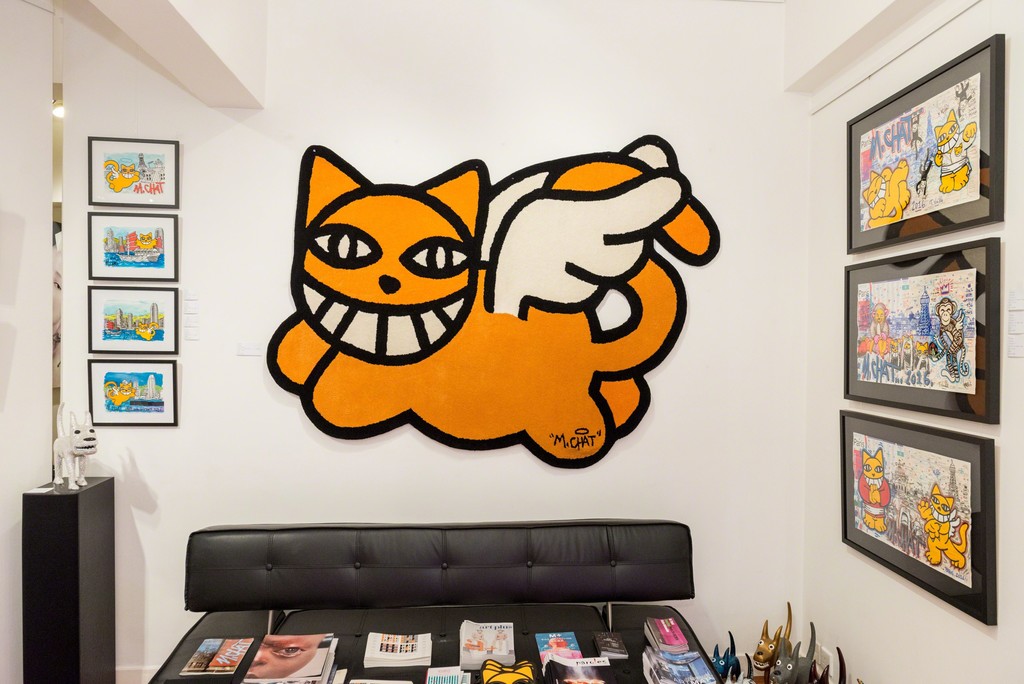 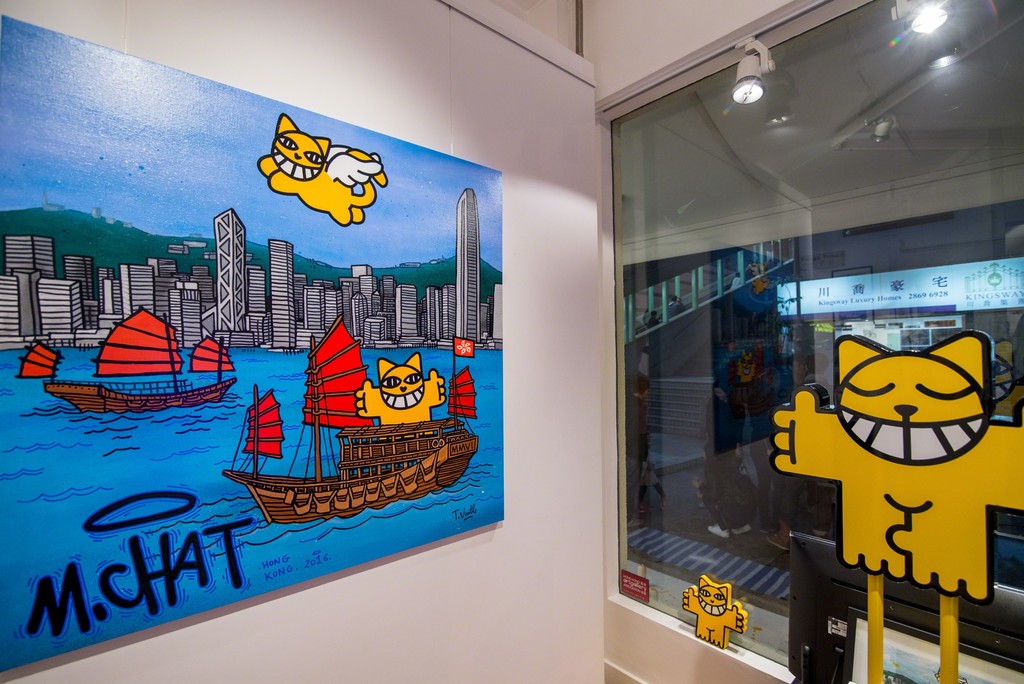 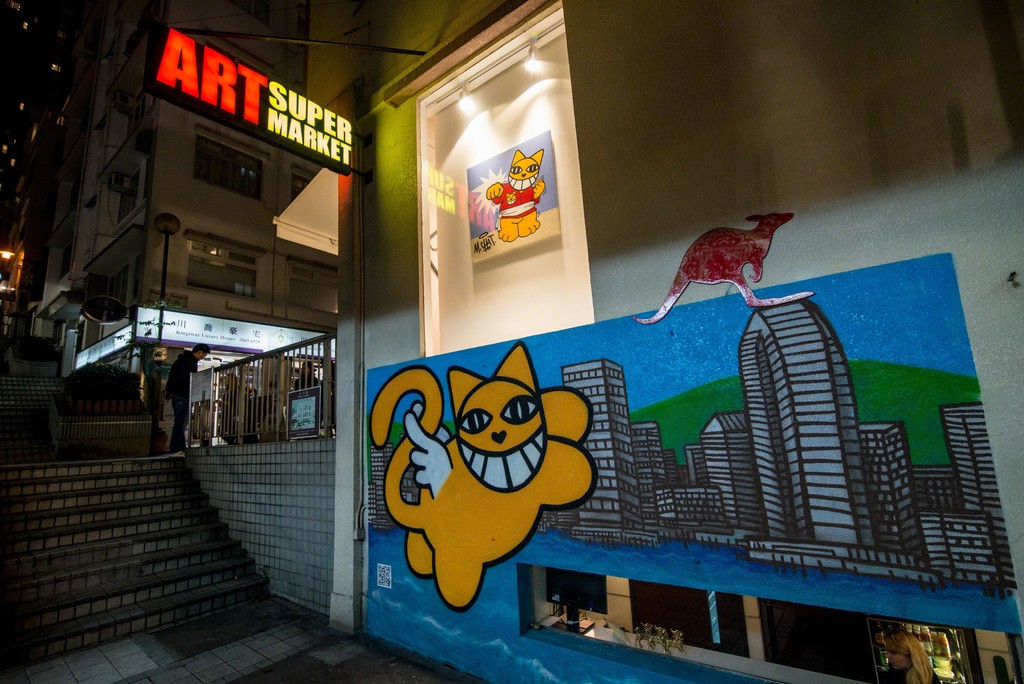 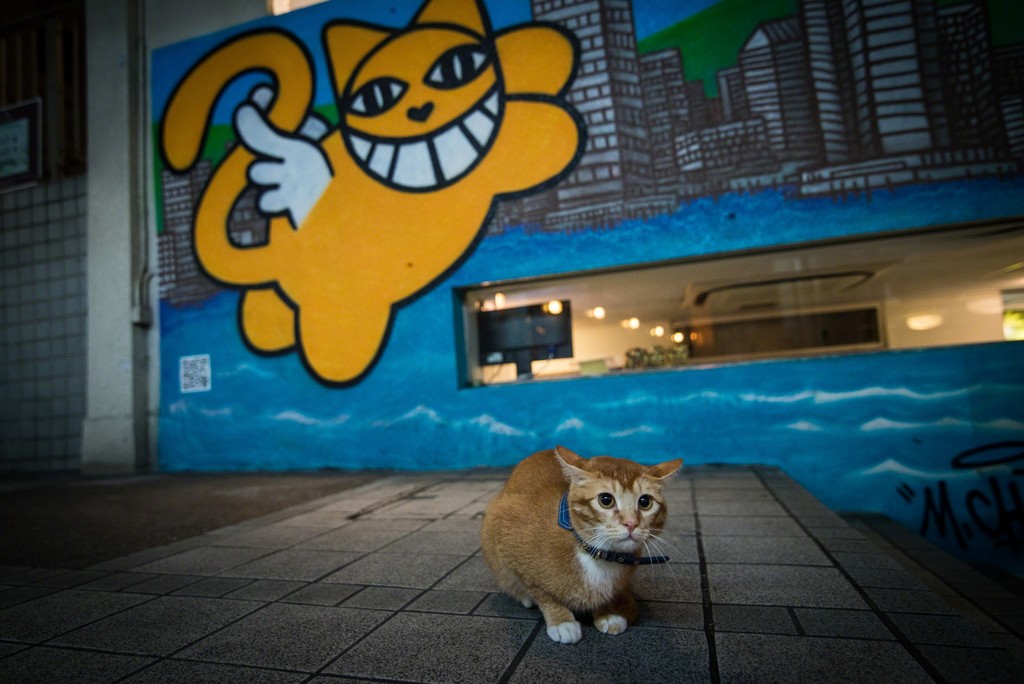 In a world where humans don’t listen to each other and they interact with filtered emotions, words become noise. What about if we leave our usual noisy environment and judgmental visions and just listen to animals? What would they say and perceive of our world? Talking Animals takes us into a simple and open feeling universe seen through animals’ eyes. Animals don’t lie, they don’t hide, and they don’t interpret. They express their instincts, mental states and natural perception of the world with a true language bringing us back to essential and original senses. Through different species from all over the world, Phil Hayes and M. Chat present an optimistic and emotional point of view on our daily life, as well as a cultural encounter between Western and Asian worlds.

The French Swiss painter and street art artist, Thoma Vuille, was born in 1972 in Boudry (Switzerland). He is the creator of the iconic M. Chat (“Monsieur Chat”, in English: “Mr Cat”), a feline character, which always smiles. M. Chat’s wall paintings were discovered in the streets of Orleans (France) for the first time. Since then Thoma Vuille has became M. Chat and gained rapid recognition and enormous popularity all over Europe and USA for his M. Chat character. On the contrary hardly anyone knows him, because he always wears a mask, a M. Chat mask, when he works in public.

M. Chat started street art at 15 years old and came into his cat idea in 1997 during a painting workshop in a school where a little girl drew a cat. Amused and inspired, he decided to start painting his own cat, on roofs and chimneys. Slowly he brings “these cats” down to the streets at eyes level (currently 60 wall paintings already in Paris). M. Chat’s aim is to bring humanity and optimism through this humorous character into our cities. The artist depicts his cartoon silhouette in different styles, with wings sometimes, alone or in company with other creatures and with backgrounds. M. Chat has developed a strong identity through simplicity of his artworks. M. Chat’s street artworks, paintings on canvas and drawings can be seen all over the world in galleries and in public space, including France, Switzerland, Belgium, Spain, Balkan, Ukraine, Australia and USA. Now the smiling yellow cat makes a trip from Paris to Hong Kong for its first exhibition and live painting performances in Asia.

Phil Hayes is an Australian born artist who is living in Hong Kong. He has been involved in making arts since the early eighties. As a modernist pop art artist, he draws his artistic inspirations from his work and life experience in Australia and Hong Kong and the cultural collision he experienced. His work has been exhibited in both solo and group exhibitions all around the world. The “dog” has featured in his work for about 20 years now. It began to appear as a part of a series of social commentary works on suburbia in the 80’s and has become an icon and personal trademark. He has also worked in the surf industry for the past 25 years as an artist and designer for two of the worlds biggest surf brands, Rip Curl and Quiksilver. A surfer himself, the surf influence is also seen in his work with the surfboard itself often used as the “canvas”.

In his new series Phil chooses the emblematic Australian kangaroo as the main character to explore different Asian cultural icons. Each timber laser cut artwork offers a real exploration of Western and Asian cultural differences through animals, manga and celebrities. His themes include Asian beliefs, traditions and political views.