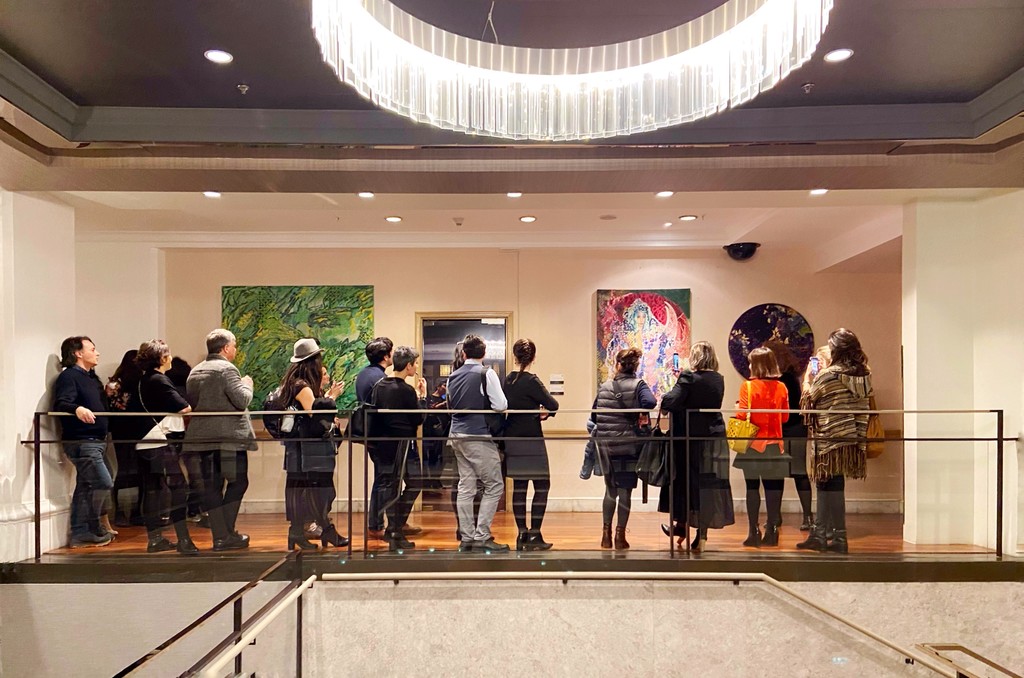 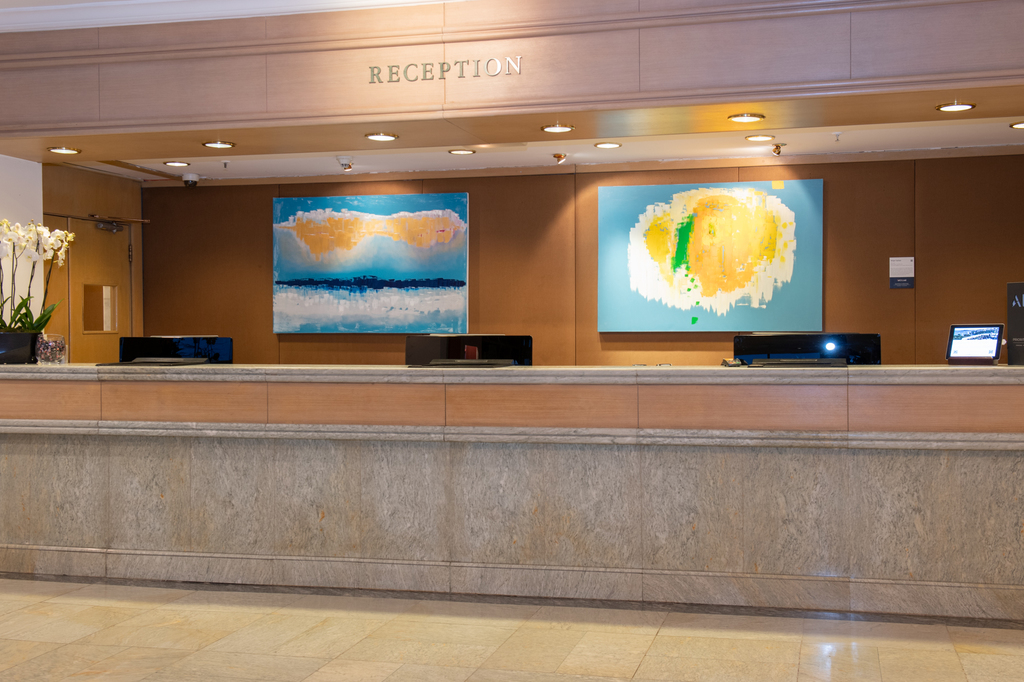 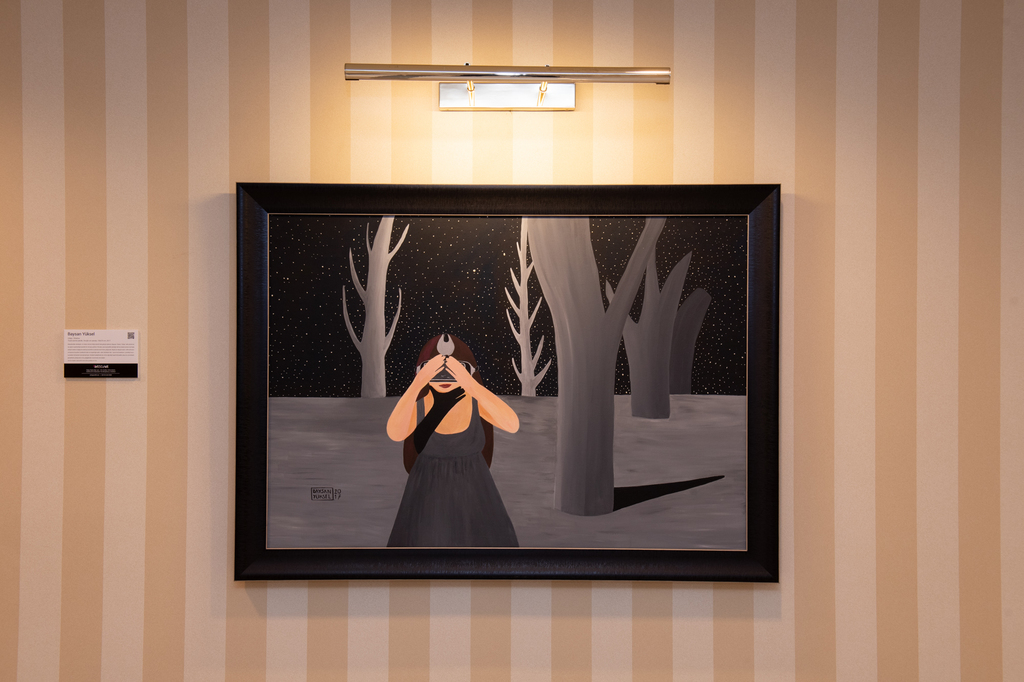 To femininity first, man ascribed nature’s blessings,
Dedicating his most sincere prayers to Mother Earth.
In those ancient lands where goddesses ruled,
Through the ages, he worshipped her.

Then her own endless talents, she forgot.
Her great mind of reason and instinct,
Her body, both gracious and unbeatable,
To the biggest of lies, she submitted.

Yet in her, that goddess still was.
All of nature’s forces waiting
To be reborn in her, impatiently.
For more than ever, the world needed her.

In 2020, we still build our discourses of gender inequality on negative concepts like discrimination, pressure and violence. Yet, we might be able to bring more powerful and positive change by discussing what we can do to make women realize their potential forgotten through centuries, perhaps millennia, their talents awaiting discovery and, most importantly, their essential value as individuals.

This is why, instead of the negativities she must overcome, “The Goddess in Me” focuses on a woman’s creativity, endurance and the richness she is able to bring into social life. The exhibition featuring artworks by six female artists mostly in painting, underlines the importance of unlocking women’s potential in the creation of a happier and more egalitarian world.

Baysan Yüksel is interested in the archetypes taken from fairy tales and the collective subconscious represented by them. In her “Shadow”, she takes us into a dark forest illuminated by moonlight. The dark hand grabbing the throat of a female figure who is trying to find her way and wearing virtual reality glasses is the shadow of her own hand. In other words, she has internalized the conditions imposed on her leaving her no space to breathe in, and even on her path to freedom, she is not immune to social anxiety. To find herself, she must first leave the imaginary world she seeks refuge in to face the reality around her and save herself from those shadows.
Bengisu Bayrak focuses on grand-narratives and their reflections in daily life and popular culture. In “Far from You”, she depicts the portrait of the legendary Egyptian diva Oum Kalthoum in combination with the latter’s song “Baed Annak” (Far from You), and asks whether real love still exists in our times. In “Docteur Renauld – Despite All Your Moves”, she carries to the present day the optimistic image of women in the ads from Turkey’s modernization period. Finally, in her “Recipe Book”, she makes a radical change to the script of the cult movie Casablanca (1942); she takes the emotional and vulnerable character Ilsa (Ingrid Bergman) representative of Hollywood’s stance towards women and repositions her as one of the spies working against France. The text in the painting is a mission letter addressed to Ilsa the cold-blooded spy, and the recipe is an encrypted message communicating the mission’s details.
Ece Gauer’s paintings combine the pattern-oriented Eastern art with figurative elements from Western art. In her “Warrior”, she presents the image of a powerful woman transcending historical periods, geographies and cultures. The figure gazes at us from a multi-layered composition where various objects and textures used as symbols of power and prosperity throughout art history are vaguely intertwined. “Mare Nectaris”, on the other hand, takes its name from a plane on the Moon’s surface. This concept symbolizing endless abundance and satiety being represented alongside a female figure is hardly coincidental; the woman is the only creature on earth able to offer Mare Nectaris with her fertility and inclusivity. With their relatively more abstract language, “The Fall” and “Purple Magnet” refer to certain elements repeated in the two works and contribute to the narrative coherence. With its various interpretations in the Anatolian culture and presented by Gauer as the woman’s leading supporter, the bird is the most evident among them.
Leyla Emadi explores the pressures exercised on the individuals, and the stereotyped thoughts binding them. Her site-specific installation is based on the verses “I am water; soft enough to offer life, tough enough to drown it away” by the Indian-Canadian female poet Rupi Kaur. According to Emadi, Kaur offers an excellent description of a woman’s nature by using the metaphor of water. The woman approached with love and care has the productivity and strength to give life to her surroundings; however, in the face of evil, she is able and has the courage to destroy everything she herself has created.

Merve Dündar questions the relationship between the inner and the outer worlds and the subject of identity. Both in “Green” and in “Blue” from her partially pointillist series “According to Whom, According to What”, we see the artist’s own feet dangling in the void and the cormorants swimming in the background. These short breaks taken from the city’s chaos and daily obligations are those rare moments during which we are able to sense being a part of nature and can reflect on who we really are.
Trapped in the roles imposed on her by social expectations, the individual imagines mental spaces of escapade involving elements from happy memories. Similarly, the imaginary places in Müge Ceyhan’s abstract compositions resemble the extensions of the artist’s subconscious in the external world. The four works in the exhibition, namely “Tangerine Street”, “Coast”, “Illuminated Night” and “Sunflower Tale”, are reminiscent of a peaceful, happy and sunny trip to a small town in the Aegean. Just like the mythological heroines, we need such journeys to find our own voice. All we need to do is to show the courage to take that first step.
The exhibition is also the first of a series that Art50.net will be organizing throughout the year to give support to the projects raising awareness for female artists.