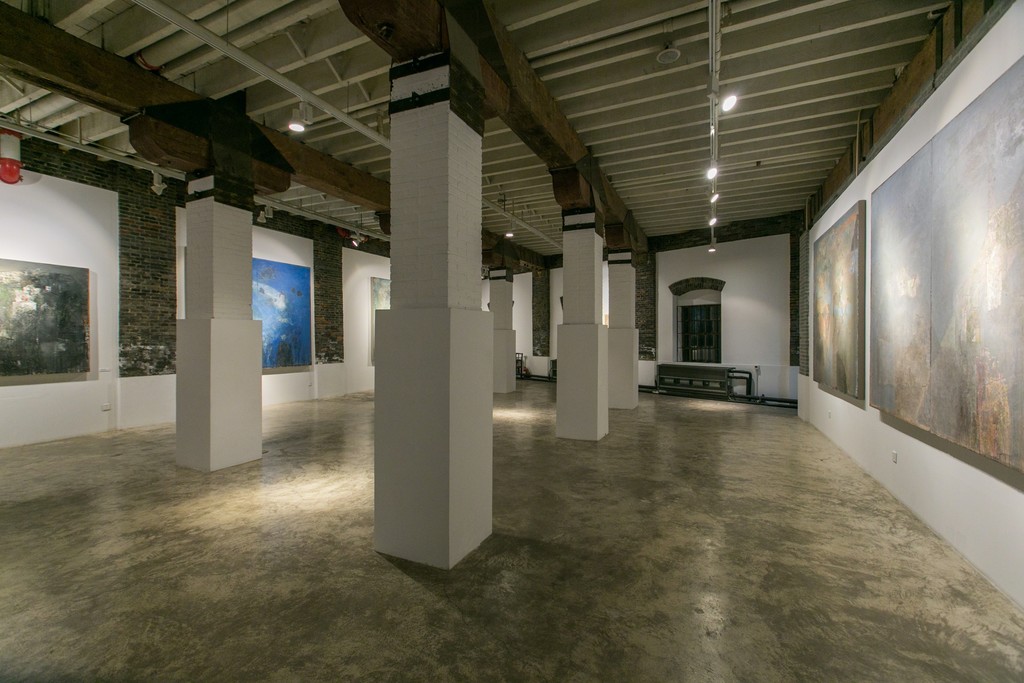 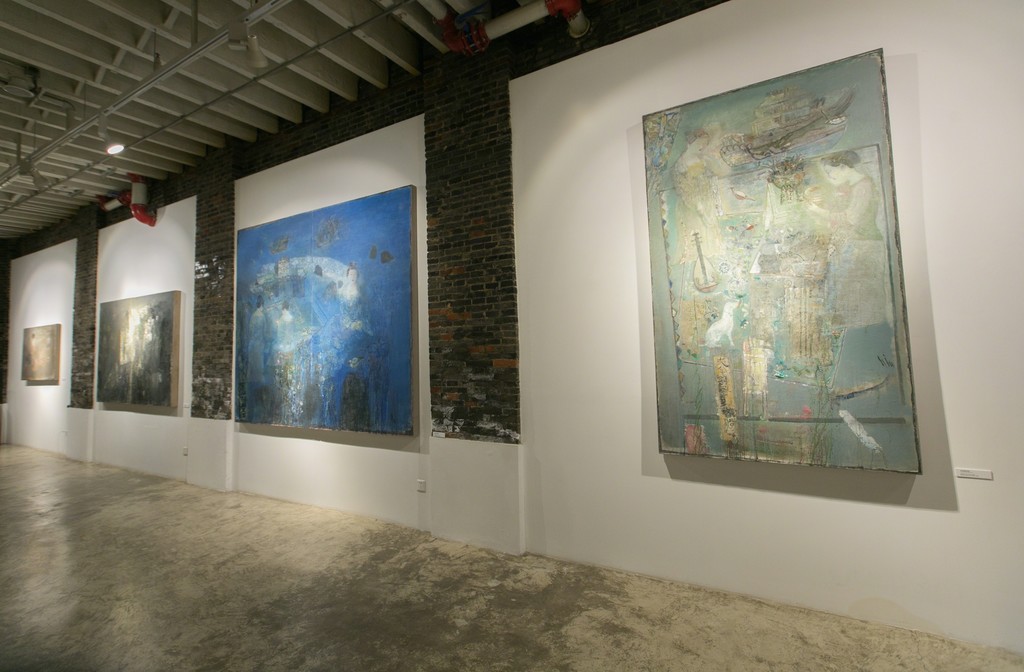 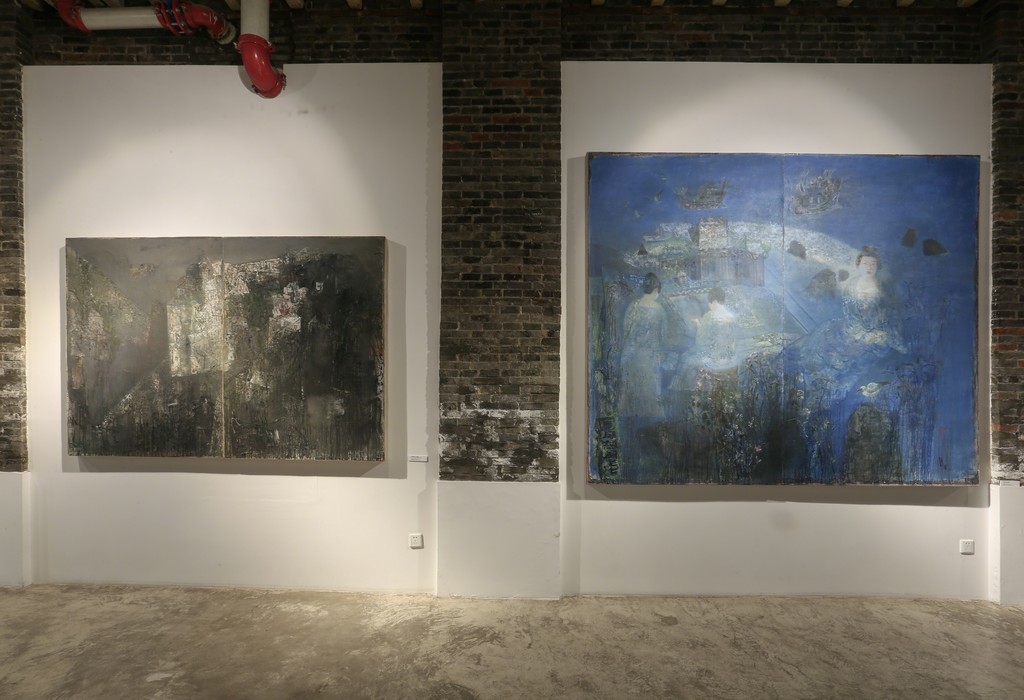 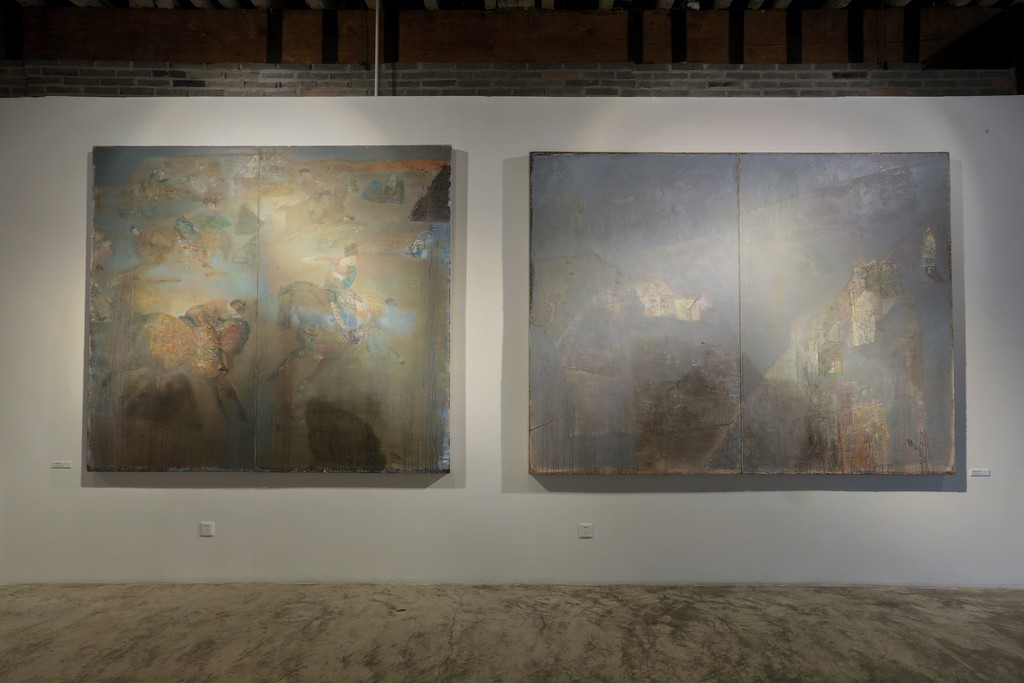 ArtCN gallery is pleased to present "From Dawn to Dusk II" a solo exhibition by Leng Hong exclusively showing in this second phase his works on canvas.

In this body of work, Leng Hong illustrates his favorite themes of landscape, nature, still life and figures from classical Chinese poetry, which he depicts as from a forward looking inspiration. The way he drips solid matter onto the surface evokes the techniques of making ancient, stained frescoes. These layers, skillfully superimposed by Leng Hong, bring out a palimpsest of cultural history. From his large canvases emerges an atmosphere of mystery between yesterday and today, a bridge between distant worlds, guided by the line, colors, streaks, thickness and transparency of the pictorial language that has become his own.

Each one of Leng Hong’s works highlights the eternal nature of the classical aesthetic which he feels is an invariant. The remarkable mastery of his craft, inherited from his first steps in China, allows him the free use of various materials and a personal and sensitive integration of the East and the West.

Leng Hong was born in Shanghai in 1955, into a family of intellectuals. After graduating in 1978 from the Department of Fine Arts of the Theatre Institute of Shanghai, he began his career at the China National Academy of Painting in Shanghai. He was the youngest painter in the Academy after the Cultural Revolution. In the 1980’s he became increasingly interested in traditional Chinese painting. In 1986 he moved to France and Canada (Montreal) to further his artistic career as well as to open himself up to other cultures. His creations, rich in new inspiration, quickly revealed the synthesis he was to create between Western and traditional Chinese art. He exhibited in galleries and museums in China, Asia, the Americas and Europe. His work quickly caught the attention of collectors, corporations and professional institutions in China and abroad.  Currently, Leng Hong divides his time between the contrasting cultures of Montreal and Shanghai which allows a deeper understanding of Eastern and Western values. What was initially a shock became acceptance, then an embrace, and finally a rich aesthetic unity.

"Today, I think there is nothing that distinguishes art from the East and from the West. Artists arrive at the same destination by different routes thanks to their tireless efforts in their artistic journeys and their own experiences. To me art seems without borders, without separation.” LENG HONG