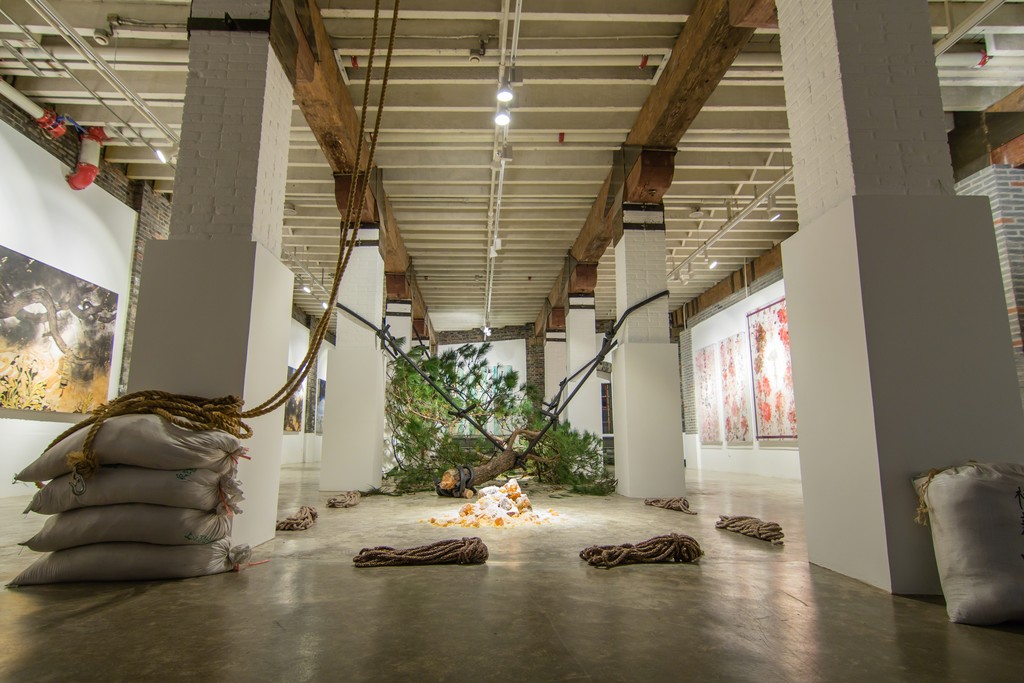 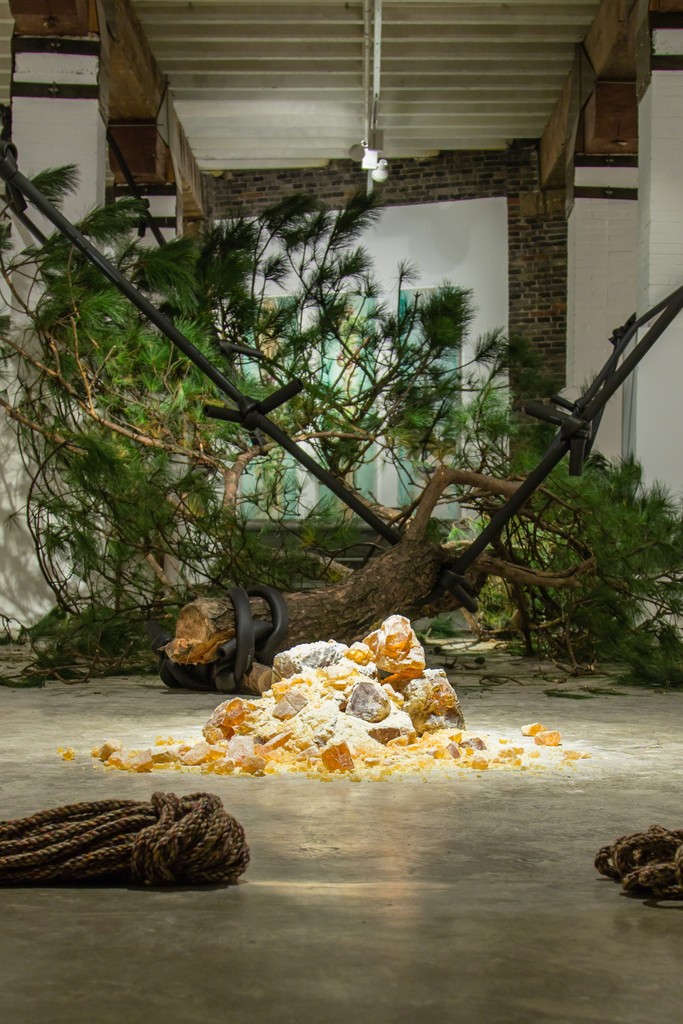 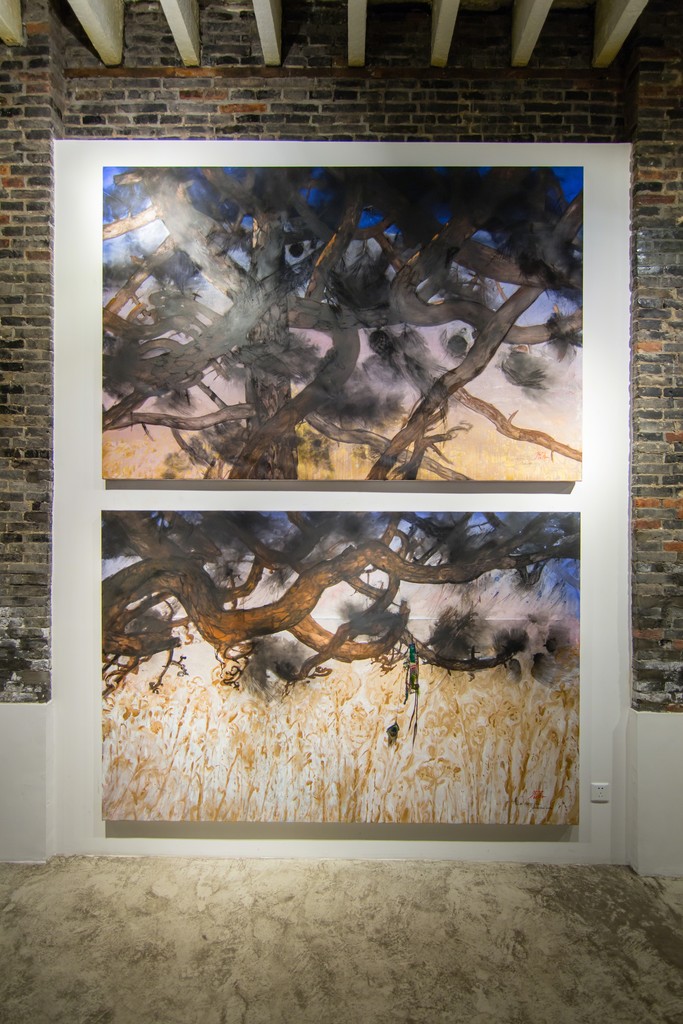 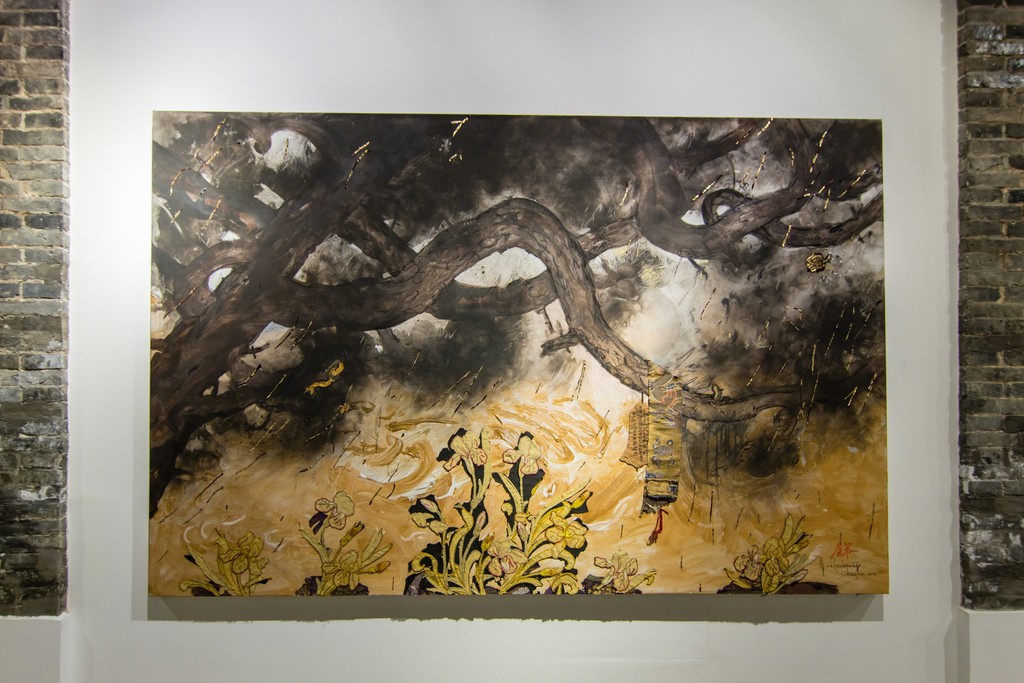 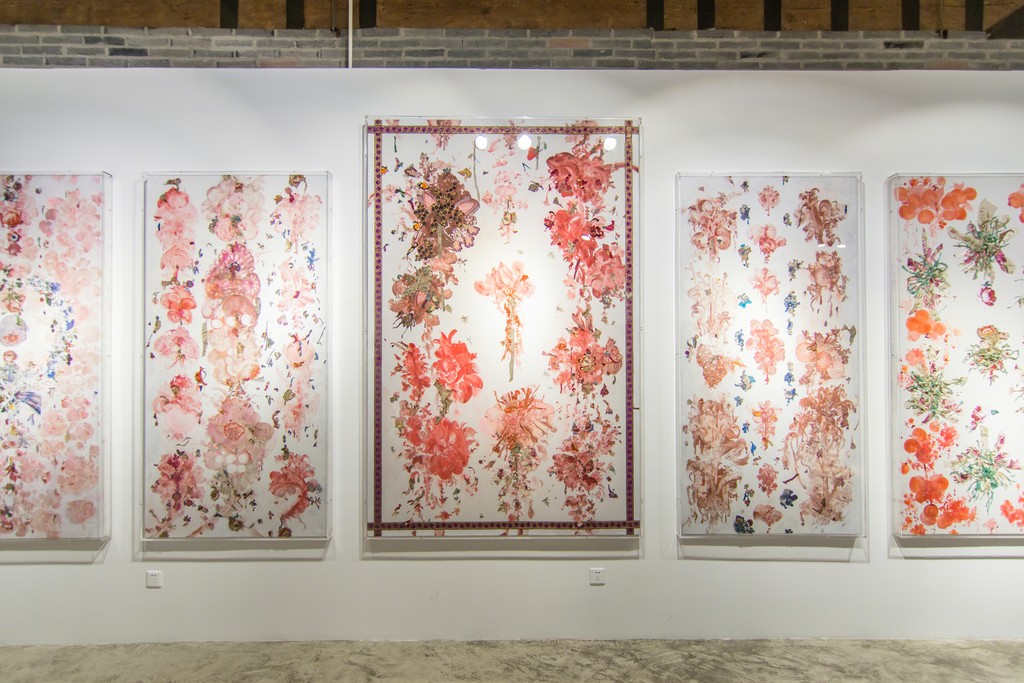 Eleven years ago, when Christian de Laubadère first traveled to China, he stayed in artistic residence in Shanghai and immersed himself in Chinese culture with passion. He made his way thoughtfully absorbing all aspects of Chinese life. It was his fascination with this life that made him pick up and move to Shanghai where he set up his studio. While Christian’s art is clearly influenced by his surroundings in Asia, he also keeps one esthetic foot firmly planted in his homeland in France and Europe. This dual character imbues his work on display in this current show.

The Murmur of Pines

Christian spent his childhood near the Atlantic pine forests of the Landes region in southwest France; which are among the largest pine forests in the country. As a boy he liked to listen to the murmuring of the wind in the branches - which evoked in him an almost religious feeling and served as a constant source of inspiration. After arriving in China and on a trip to Huangshan, the fabled Yellow Mountains, Christian again found the same profound feeling in listening to the whispering of the Anhui pines. These sounds and visions brought back memories of his childhood, memories also infused with religious overtones. Christian finds that pines can evoke the limbs of the human body, virile and strong, not unlike those portrayed in images of the martyr Saint Sebastian pierced with arrows. In much the same way in Chinese culture, the pine can symbolize strength, endurance and longevity.   Christian's installation with a pine branch with resin pays homage to branches that have fallen during a storm. The resin is like the tree's blood, precious liquid that has been poured out to us and whose beauty is distilled in its colour and brilliance.

The Flush of Flowers

Christian wanted to represent a diffusion of floral material which along with various details would show the florid complexion or flush of flowers. The details, often in the form of cutouts or bits of cloth, are also scattered and magnified for heightened effect. The colours are inspired by the palette of the celebrated 18th Century Venetian master Tiepolo and the floral motifs often seen in his work which at times make reference to chintz fabrics. On one of his trips to India, Christian collected swatches of printed chintz and integrates various elements of them in his paintings in the form of collages.   For Christian the two themes of this show, drawn from nature, are enhanced by the fact that he lives in Shanghai where the exigencies of urban life leave little space for nature. They are also two themes that tie him back to his native France. Even though he has chosen to live in China, he is still a foreigner here with a need to maintain his bearings with his own culture.