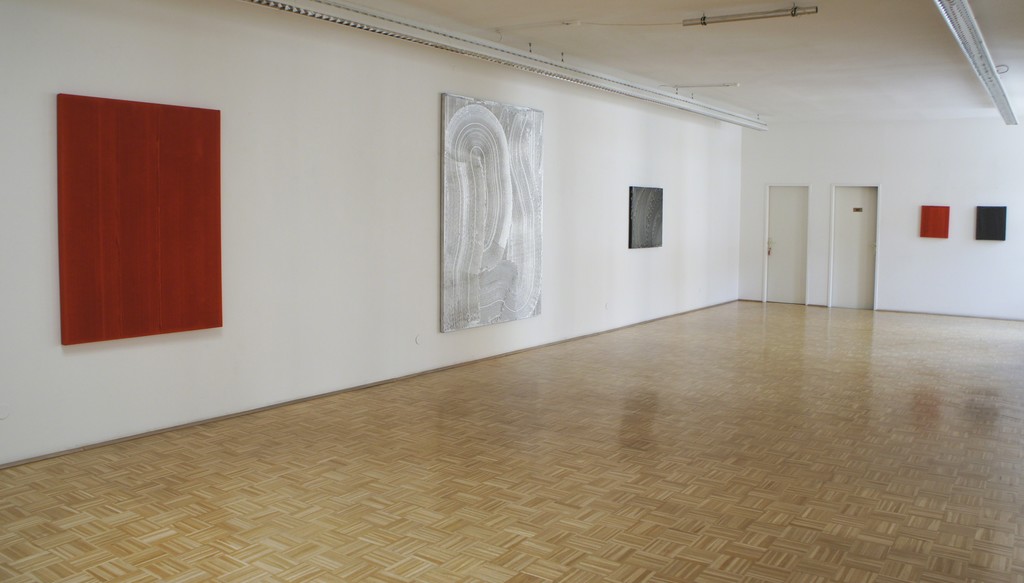 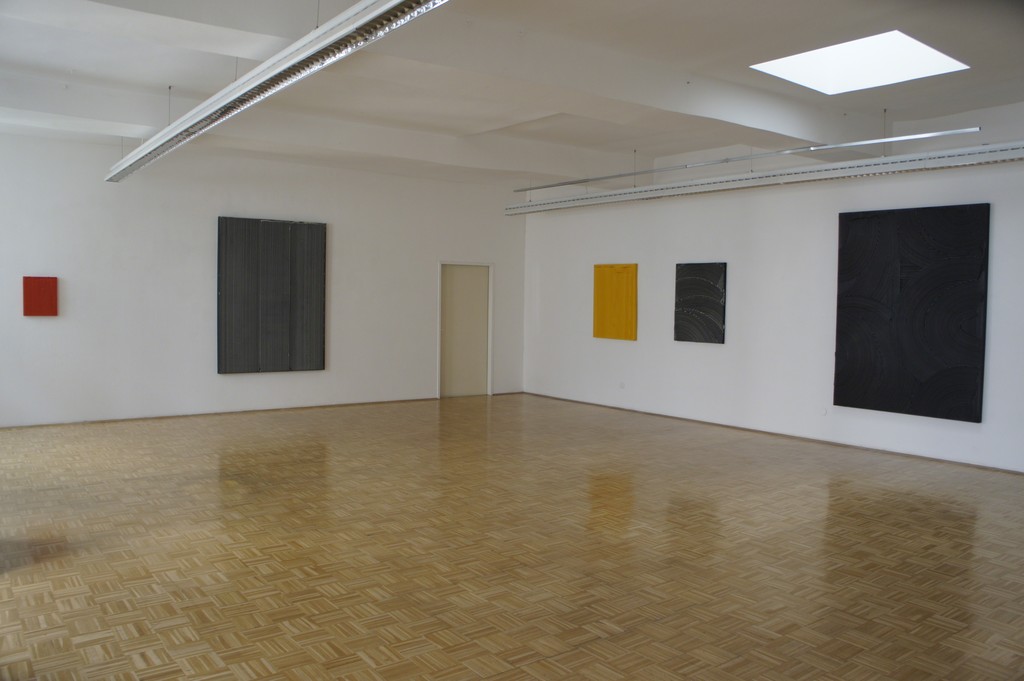 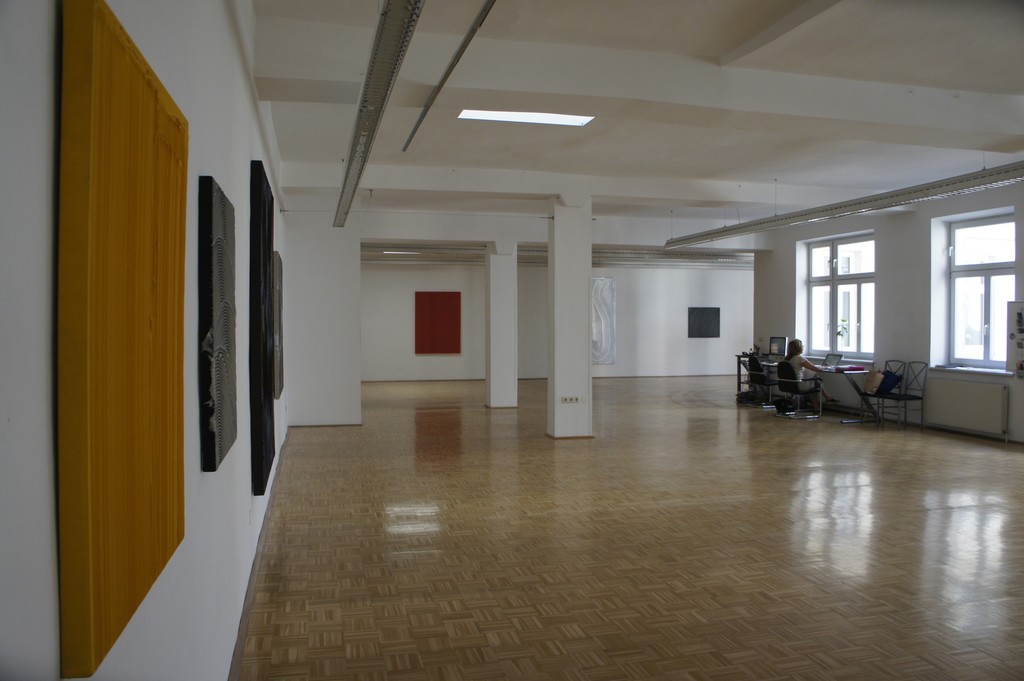 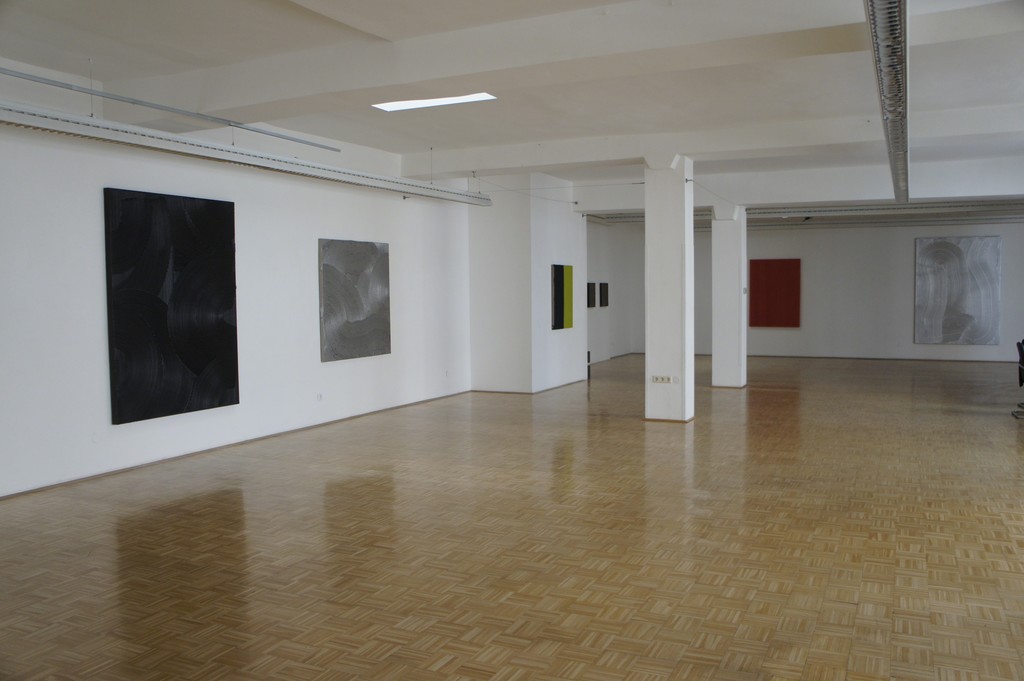 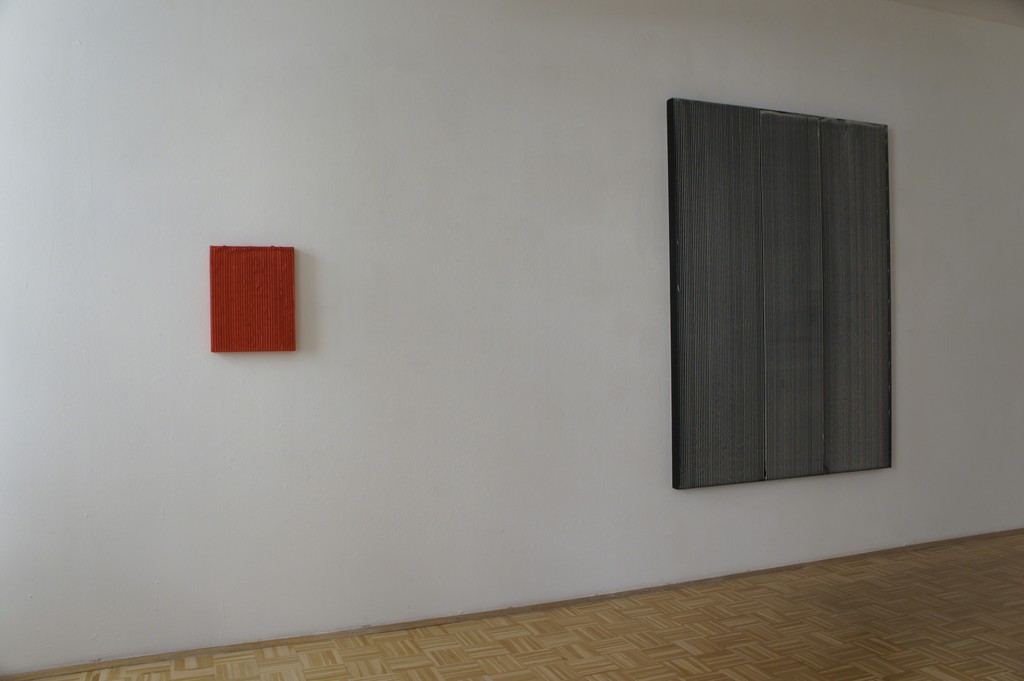 as solitary position in the nineteen-eighties, jakob gasteiger dissociated himself from the general canon of neo-expressionism by casting out onto a minimalist, abstract path in his painting. monochromism played a major role here, colour as opaque structure of the picture surface, painting as process, aloof from the emotional and personal gesture. these attributes can also be found in the protagonists of radical painting, who press painting into service as analytical practice. english has two differentiated words for the german word “farbe”: colour (as optical value) and paint (as tactile value). the pictures of these artists are caught up in this interplay. what they also have in common is a stillness and emptiness, a rejection of pictorial information and expression of the artist as creator. just as central is the factual and objective reality of the artwork, an artificially created thing among other things, and not a mediator of content, of illusionary or metaphysical information.

the decisive impetus is always the handcrafted type of work invested in the painting: jakob gasteiger’s gestural idiom restricts or concentrates itself mostly on drawing the comb through the previously applied paint paste, so that an anonymous, mechanical method predominates. the individual touch seems to be pushed fully into the background. seen from this classical perspective – as rembrandt or de kooning use the brush, for instance – the concept of painting is difficult to apply to gasteiger, despite all painterly qualities and effects visible on the picture plane. perhaps it might be better to talk of “making” or “producing” pictures, without excluding the personal impetus, the physical effort of the artist during the work process. the tracing of the comb is evident in the end product, the trail is visible. sometime gasteiger integrates dynamics and verve into his pictures by using his instrument to delineate arcs and circle formations in the paint paste. the body’s entire effort is inscribed in the work as it encounters the tough resistance of the previously applied pastose paint layer