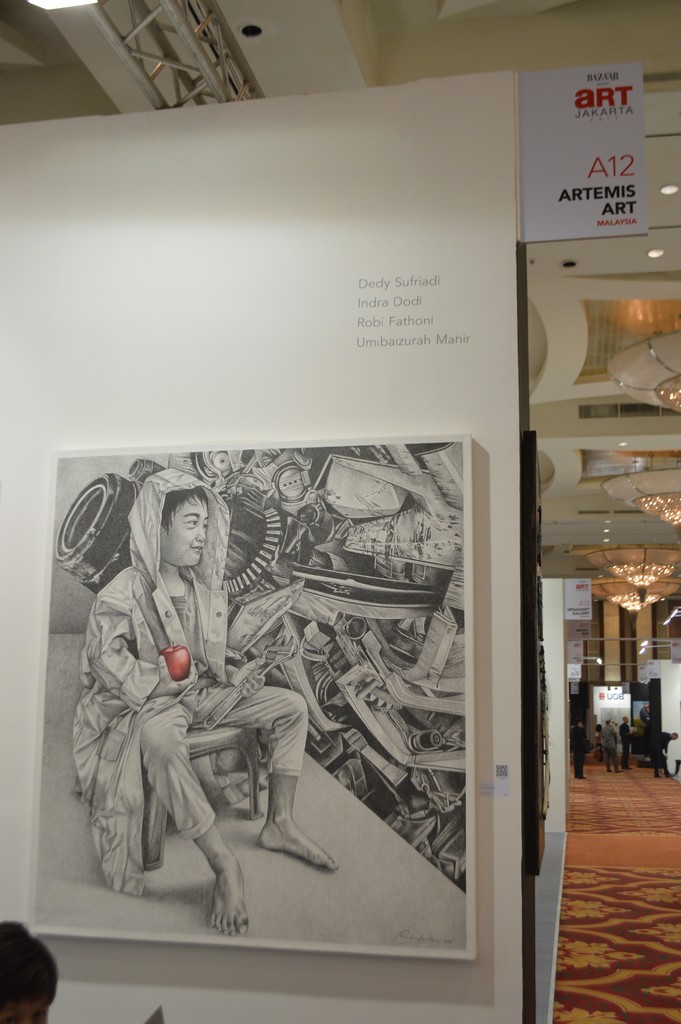 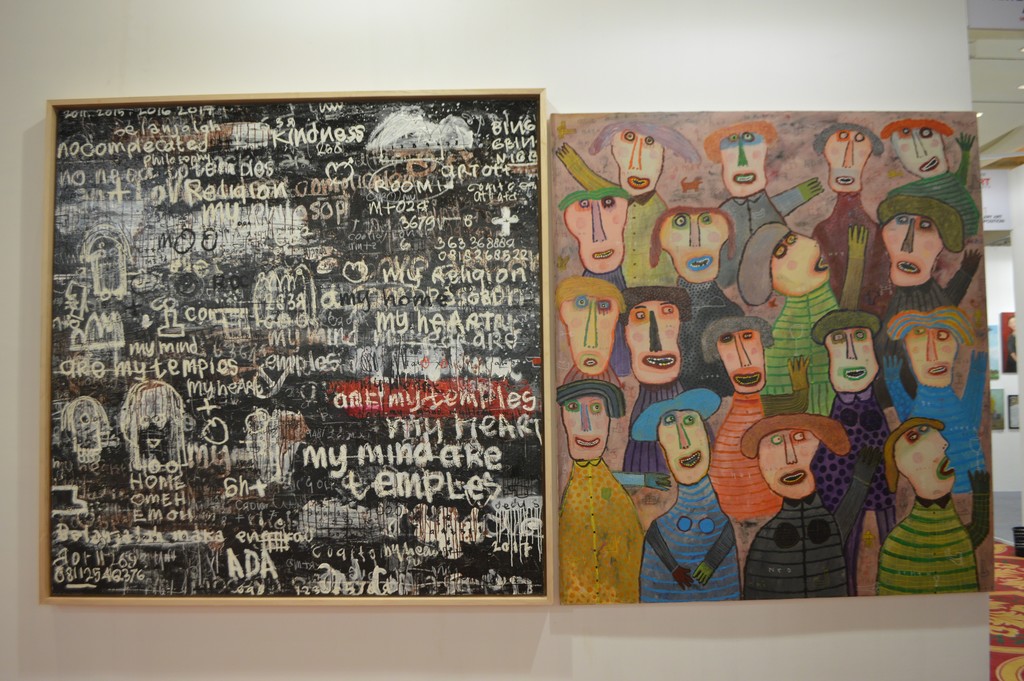 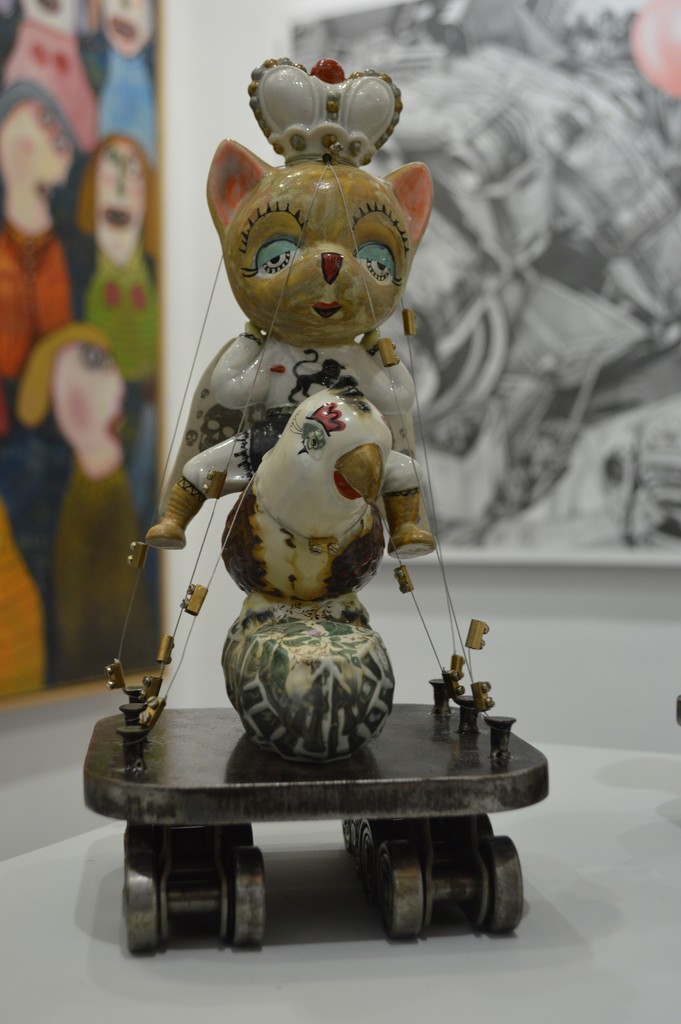 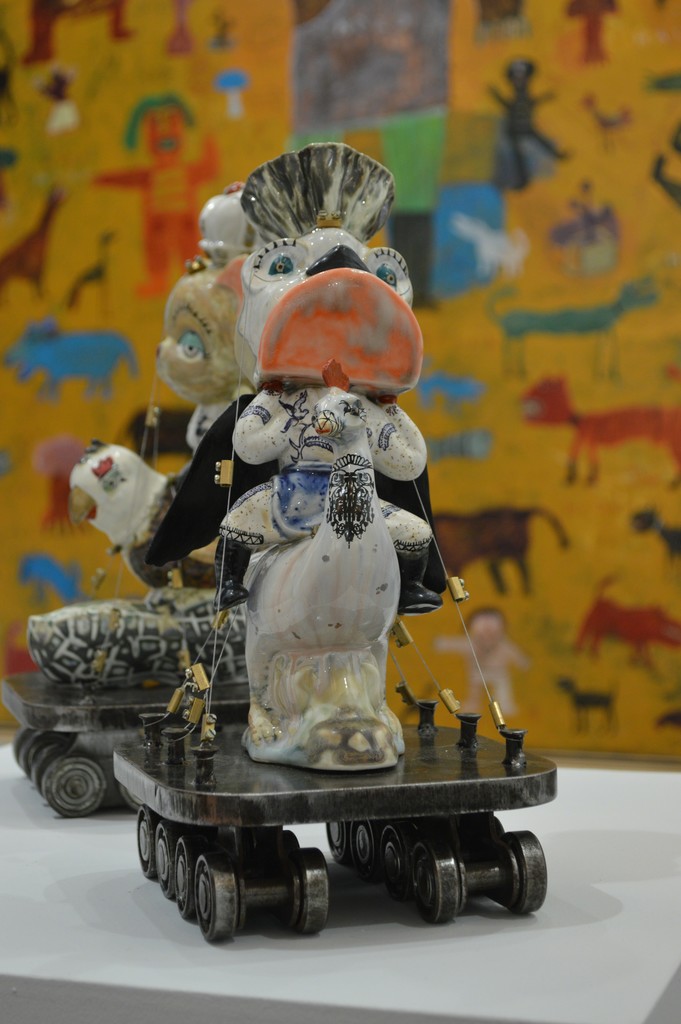 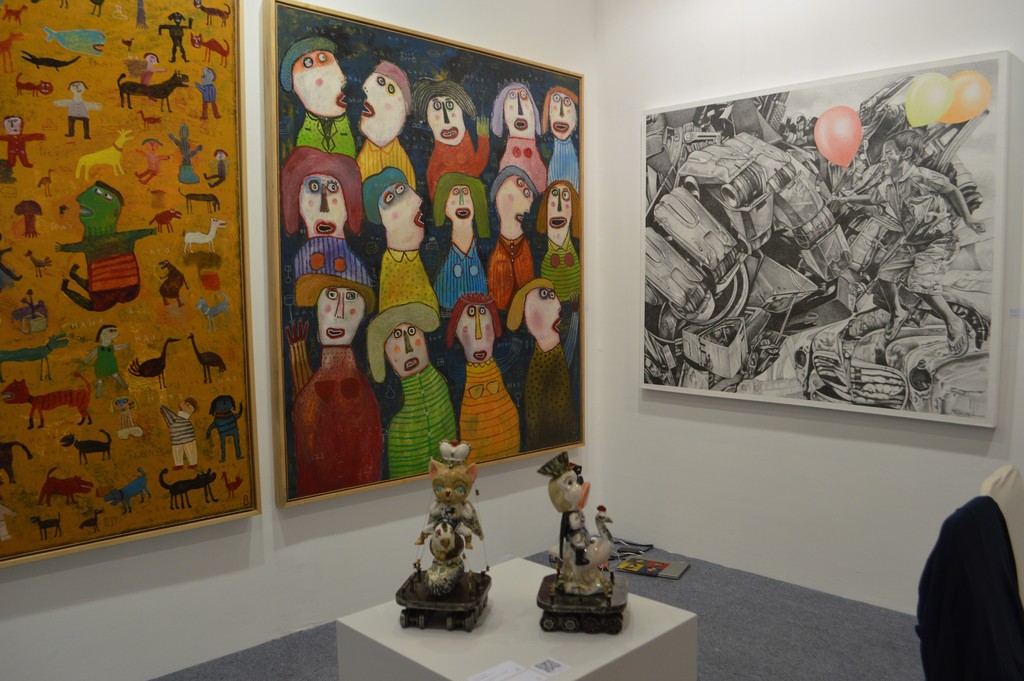 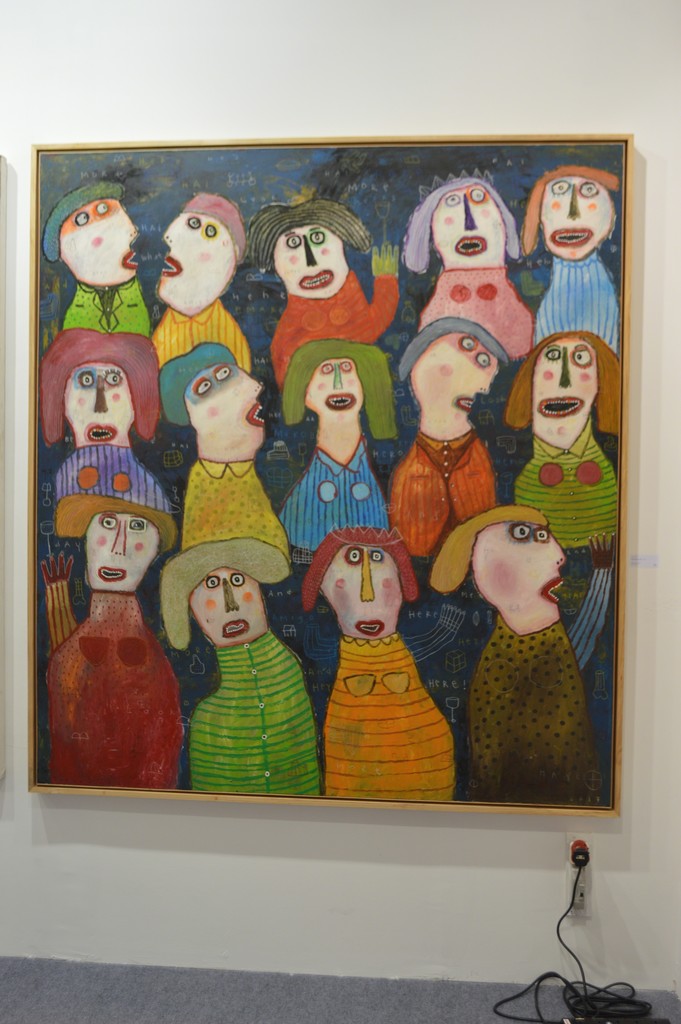 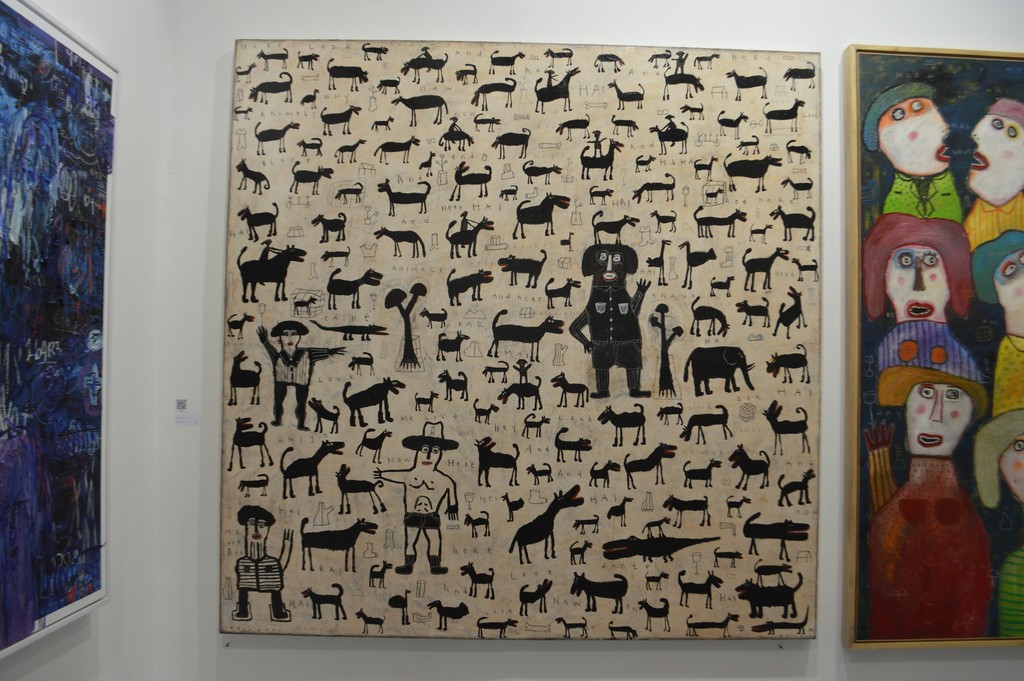 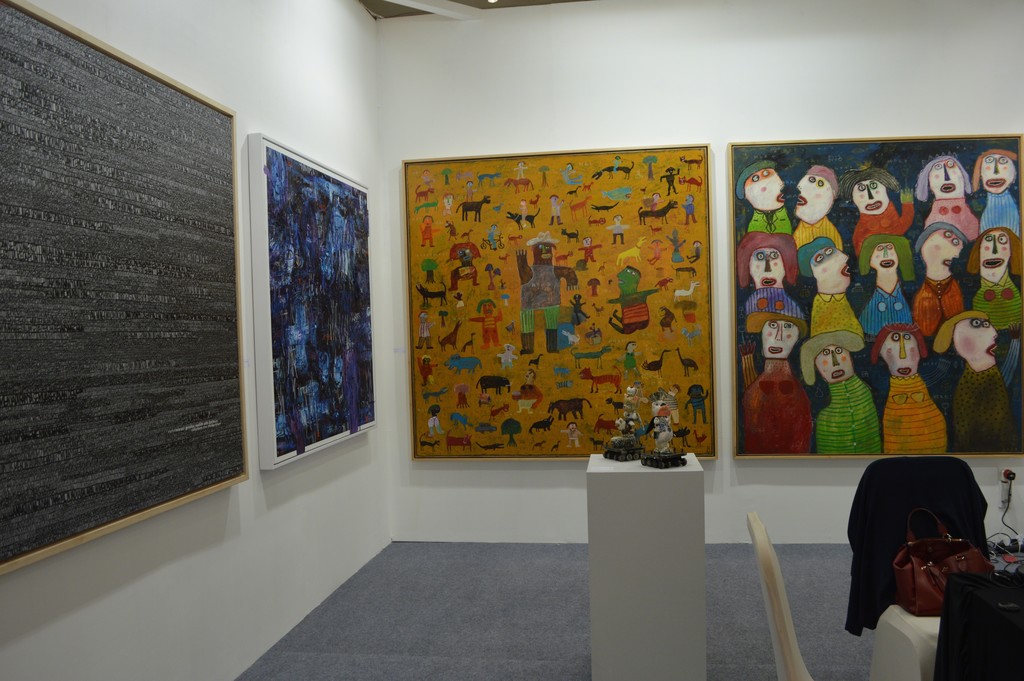 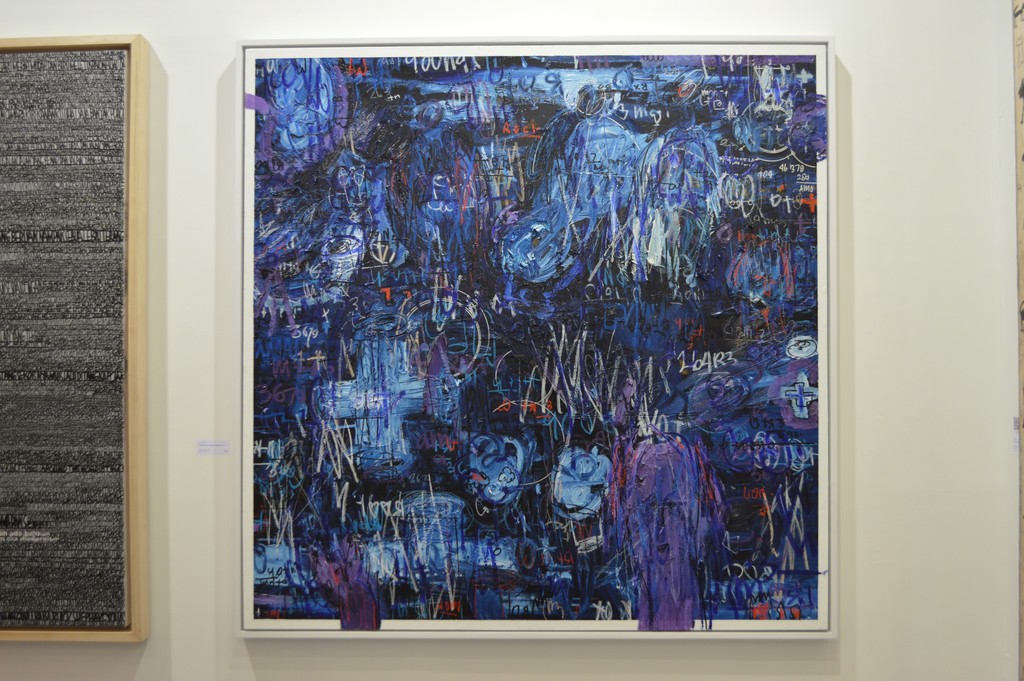 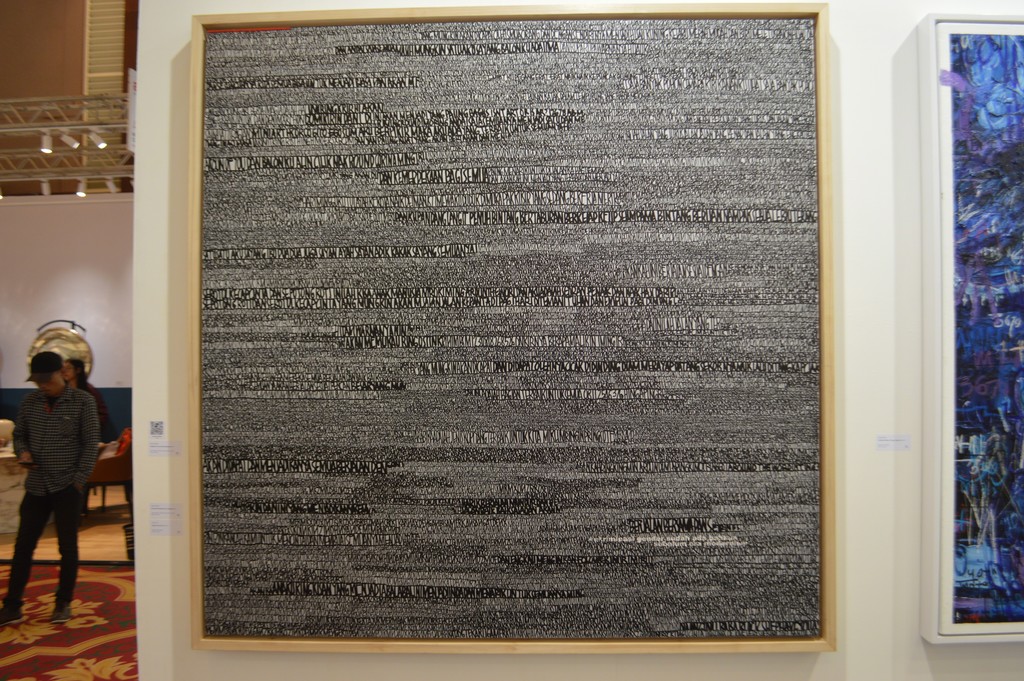 Using variations of text forms and naïve symbolism, Dedy Sufriadi’s works balances intellect with intuition, combining philosophy with observations from every day life. Text, and objects related to conveyance of text, have been important elements in Dedy's art in recent years. Combined with naïve characterizations of human forms, Dedy's keen sense of color and composition acts as the visual 'glue' melding these elements into visually compelling pieces. Also featured will be artworks from his more recent pure text works, some of which were featured in the recent edition of ArtJog in Yogyakarta.

If there is a single word to describe emerging artist Indra Dodi's works, it would be "fun". A natural born story teller, his visual language has developed over the years to include naïve figurative elements and objects, distorted but distinct in their meaning and intent, skilfully composed to tell the many anecdotes, dreams, and stories the artist has to convey. And just about any anecdote, personal experience or encounter that Indra has the potential to eventually find its way into eventually becoming an artwork.

The pencil is an important intermediary tool for most artists, but for Robi Fathoni it has become the primary medium used to create his visual artworks. Focused on realist figurative art, Robi's current body of work explores many themes surrounding aspirations, hope, and thoughts, as imagined through the perspective of children. His predominantly monochrome artworks are sometimes augmented with the judicious use of color pencil and acrylic paint, but the realism skills executed in graphite/pencil by the artist remains the primary draw.

Mention ceramics and most people would imagine delicate and ornate decorative objects, fine art being the furthest from most people's minds. But Umibaizurah Mahir's clay and ceramics artworks have certainly pushed the boundaries of how these mediums are conventional seen in Malaysia and regionally. Umibaizurah has successfully used ceramics to address a number of contemporary issues of universal importance, such as unfettered development at the expense of the environment, and present-day sociopolitics, both at home and abroad. The gravity of her thematic intent is often camouflaged by the visual whimsy exhibited by her pieces, often depicting organic and mechanical hybrids, symbolic of the seriousness of how she ponders our modern world.

For more information on this year's collection of works exhibited, and to learn more about the participating artists, visit our Art Jakarta 2017 feature at http://www.artemisartgallery.com/art-jakarta-2017-artemis-art/