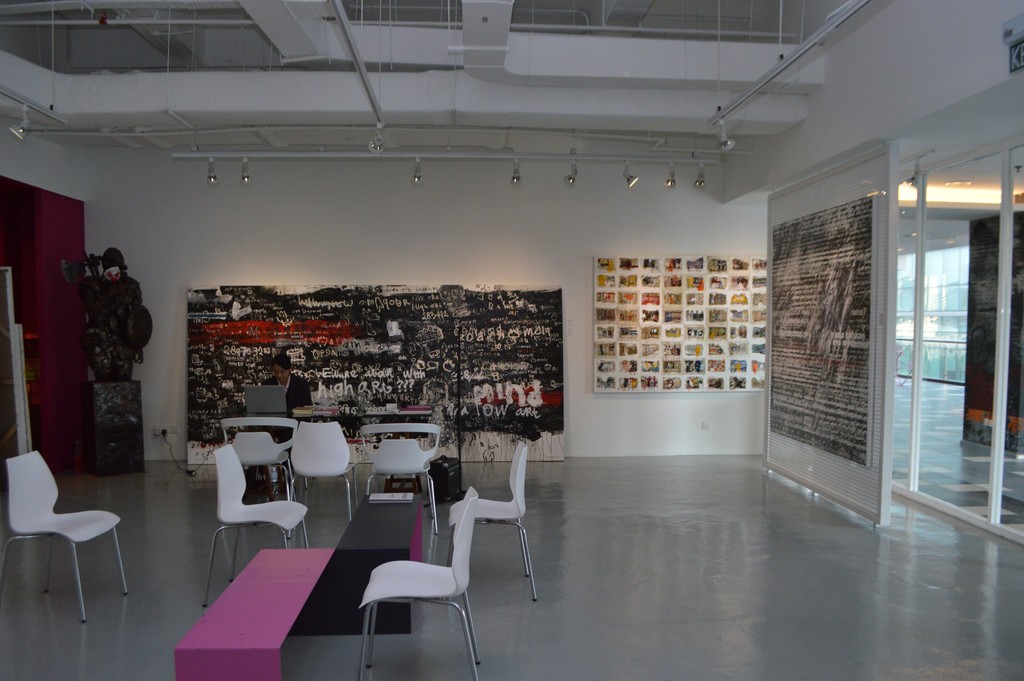 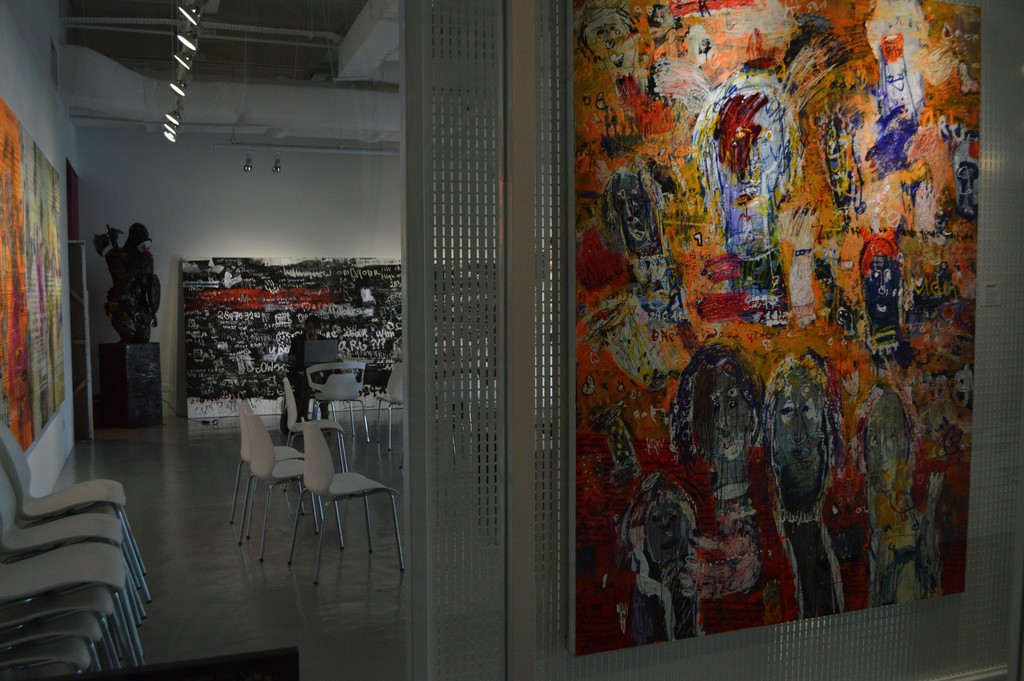 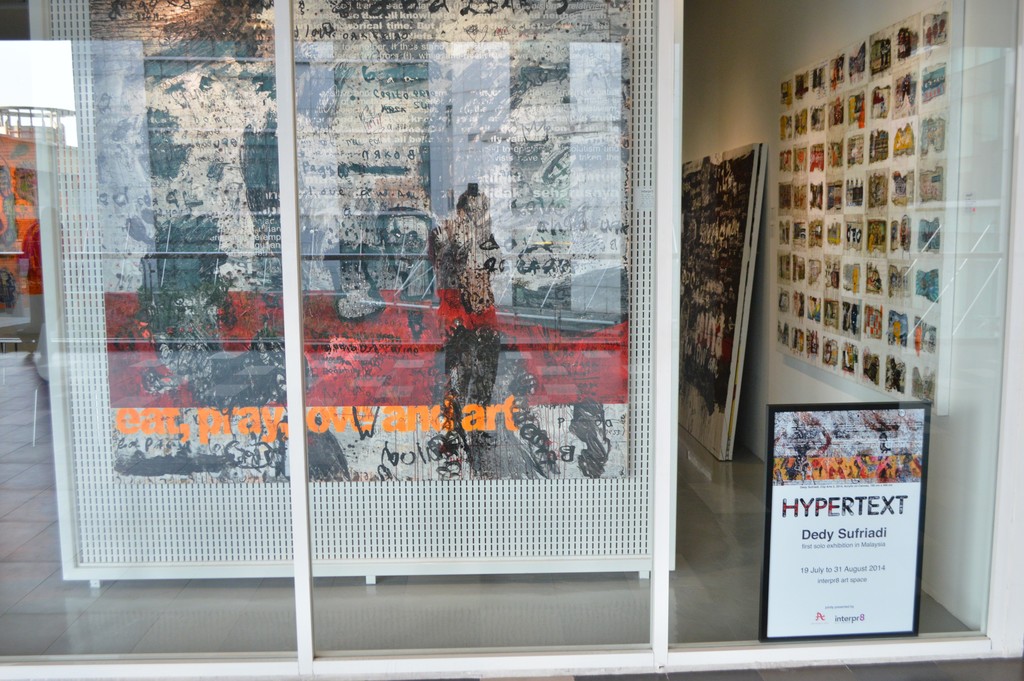 Artemis Art and interpr8 art space are proud to announce the first Malaysian solo exhibition by emerging Indonesian artist Dedy Sufriadi. Entitled “Hypertext”, this exhibition showcases this prolific artist’s latest works, which continue his ongoing exploration of text as the focal point of his art.

Text, throughout history, has been a key element in human communication, as evidenced from the archeological artifacts found in various locations around the globe, from various eras of human existence. In contemporary art, text and inscriptions are elements commonly used, acting as visual clues to the intent of the artworks and the underlying ideas and thoughts behind them.

In modern times, text is used in many forms, and can be seen in just about every aspect of our everyday lives. The books, magazines and newspapers we read, commercial and utilitarian signage, are just a few examples among the many objects we encounter daily that are complex manifestations of text.

Using variations of text and naïve symbolism, Dedy Sufriadi’s works infuse both the current ubiquity and historical importance of text into intricate abstract expressionist compositions, utilising multilayered literary excerpts, narratives and symbols to replace what would usually be the play of colour and lines.

Dedy’s works take text to another level beyond the literal and familiar. Embodying the concept of “hypertext”, borrowed from the world of information technology, he invites the viewers of his art to extrapolate and form their own contextual meanings from the visual imagery presented. In some cases the text displayed is distinct and recognizable but quite often obscured as a result of layering and overpainting

Dedy’s career spans some 15 years since graduating from Insitut Seni Indonesia (ISI) in Yogyakarta in the mid-1990s, and last year completed his Masters of Fine Art from the same institution. His artworks have been featured by Artemis Art in the 2012 and 2013 editions of Art Expo Malaysia.

“Hypertext” will begin its run on Saturday 19 July and will continue until Sunday 31 August 2014.