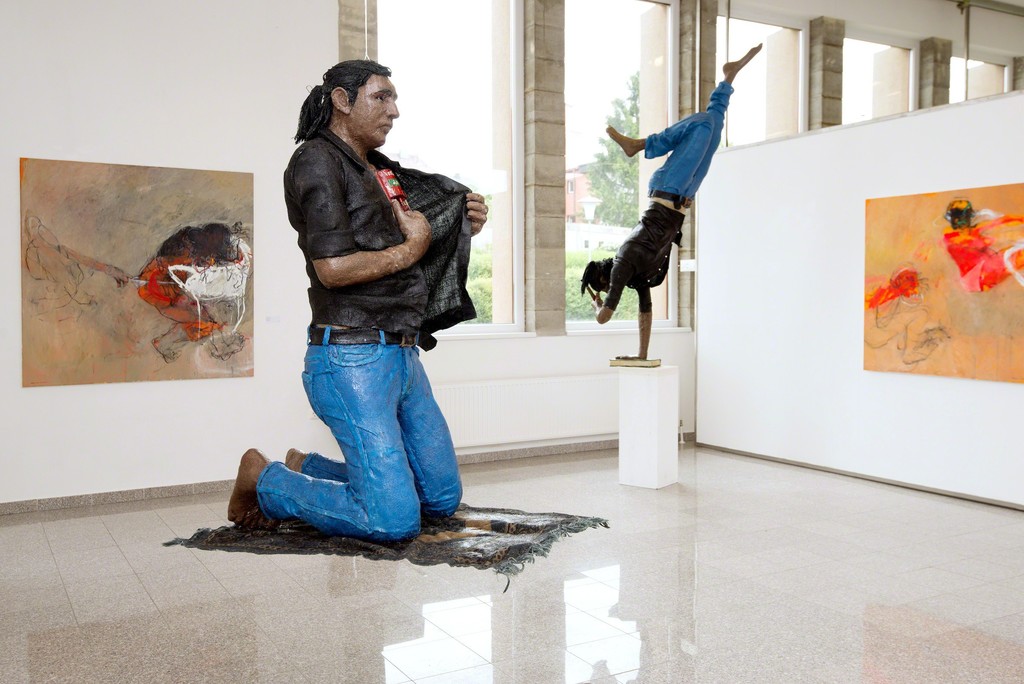 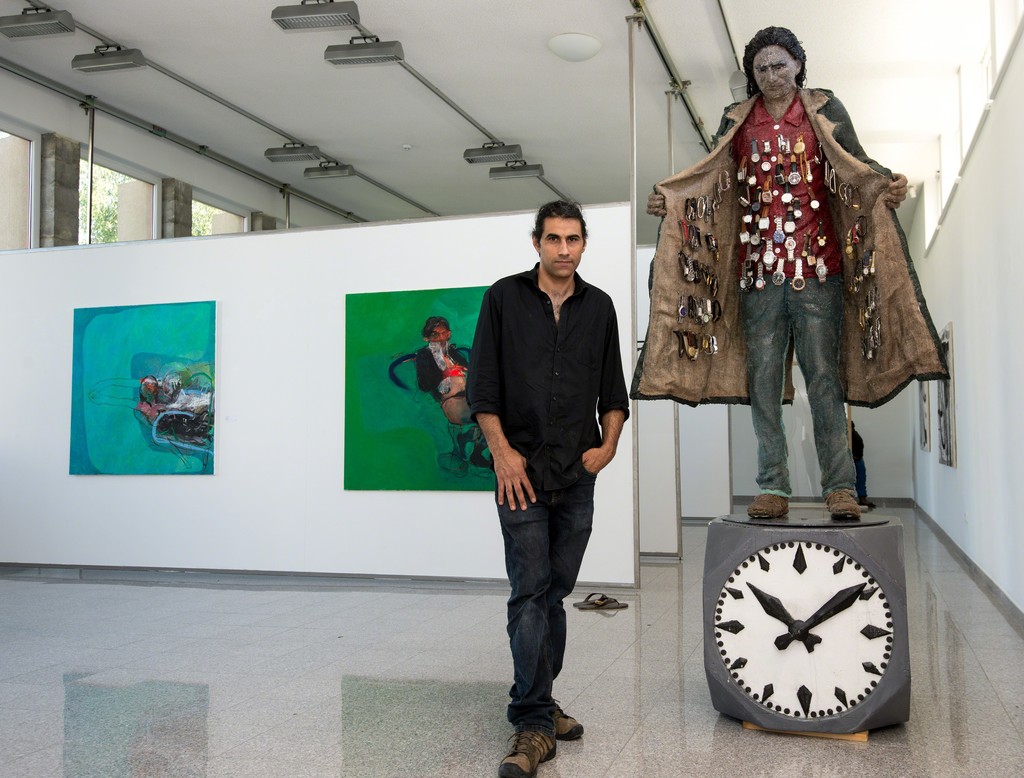 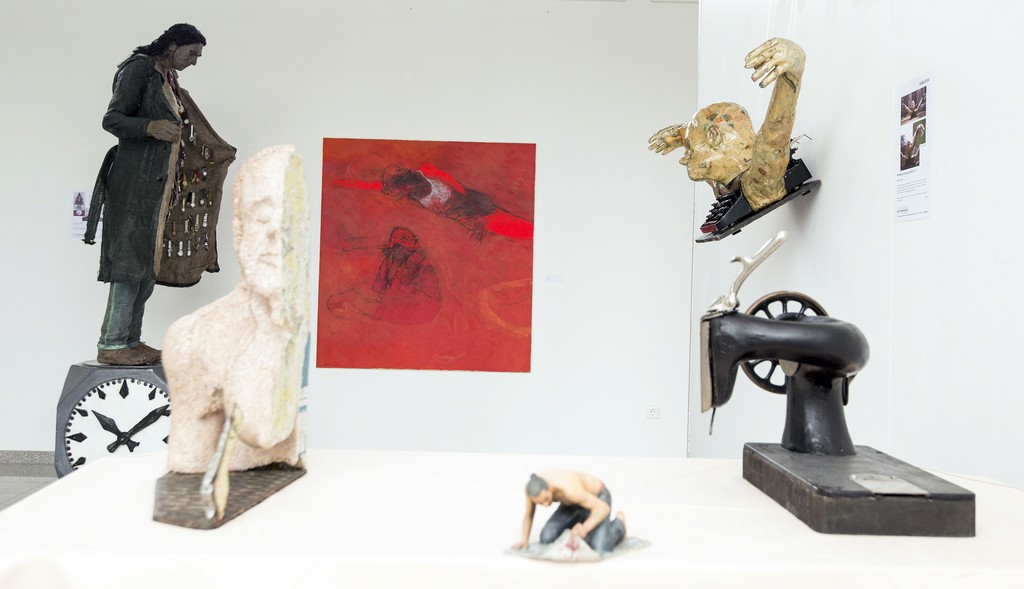 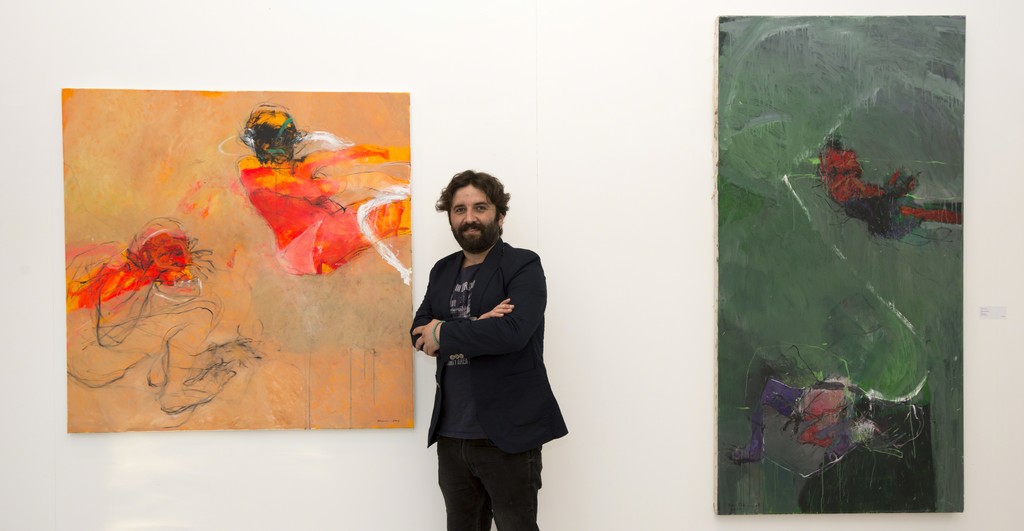 The exhibition „borders“ at Artemons Contemporary focuses on the highly political topics of borders, physical or mental walls, limitations and restrictions due to race, religion or just because of being born at the “wrong” place.
Adel Dauood born in 1980 in Al-Hasakah a city in northern Syria and Osama Zatar born in 1980 in Ramallah/Palestine, both political refugees not only represent a young generation of artists from Syria/Palestine but also a generation for which political conflicts, war, violence and destruction were a major part of their socialisation and biography.
Reflecting and reprocessing his own history is the main theme for Adel Dauood, who now lives and works in Vienna. „ For me, painting is kind of a rebellious reaction to pain and cruelty “
The intensity of his often large-scaled works shown at Artemons Contemporary does not generate out of excessive or superficial accusations at the world but it mirrors a touching contemplative examination of his inner self.
While firm and sometimes with expressive colors, the works inherit a kind of weariness which seems to visualize the fragility of life confronted with war and violence. Wounds, injuries and subsequently fear determine his artistic approach leading the eye of the viewer cautiously and layer by layer into deeper realms of his manifestation.

Being born in Palestine, Osama Zatar`s socialisation has been defined by war and occupation since childhood. His marriage with an Israeli further deepened his experience of conflict, borders and despair.
„My personal fight to break those borders and my struggle to leave Palestine has driven me to concentrate on my artistic work, as a tool of communication with my surrounding, to speak out against these forces.“
His work not only addresses war but many elements which minimalize or even eliminate the freedom of the individual, whether bureaucracy or physical violence, he always works with real, ordinary objects merging them dramatically with the human body ( Hatschi Bratschi ) or using them as symbols (crucifixion).
His central themes rotate around religious aspects confronting occidental and oriental world views.

Both artistic approaches share a deeply human and global concern. The artistic discourse can not heal wounds but it can sensitize us as an observer beyond our functional everyday life. We should not forget how near the occurrences in Syria and Palestine are since decades even beyond the current stream of refugees.