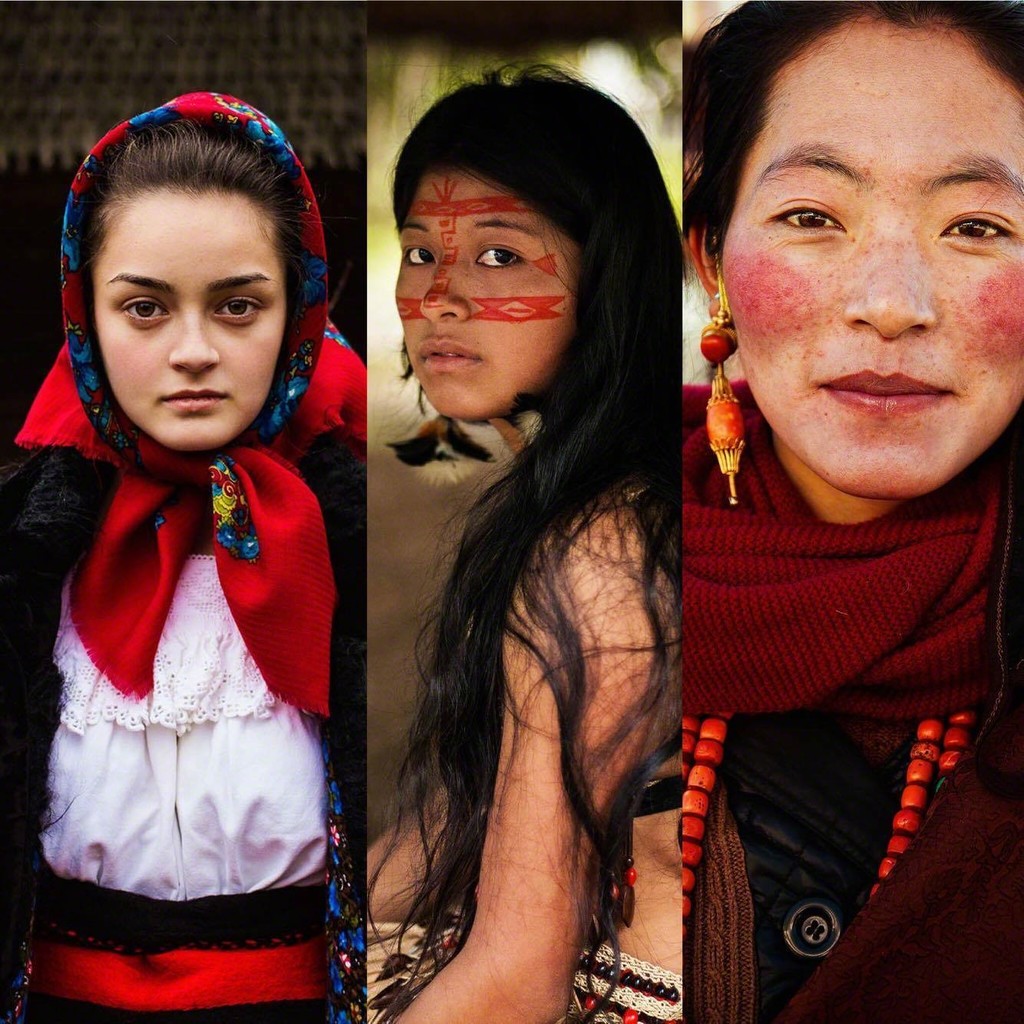 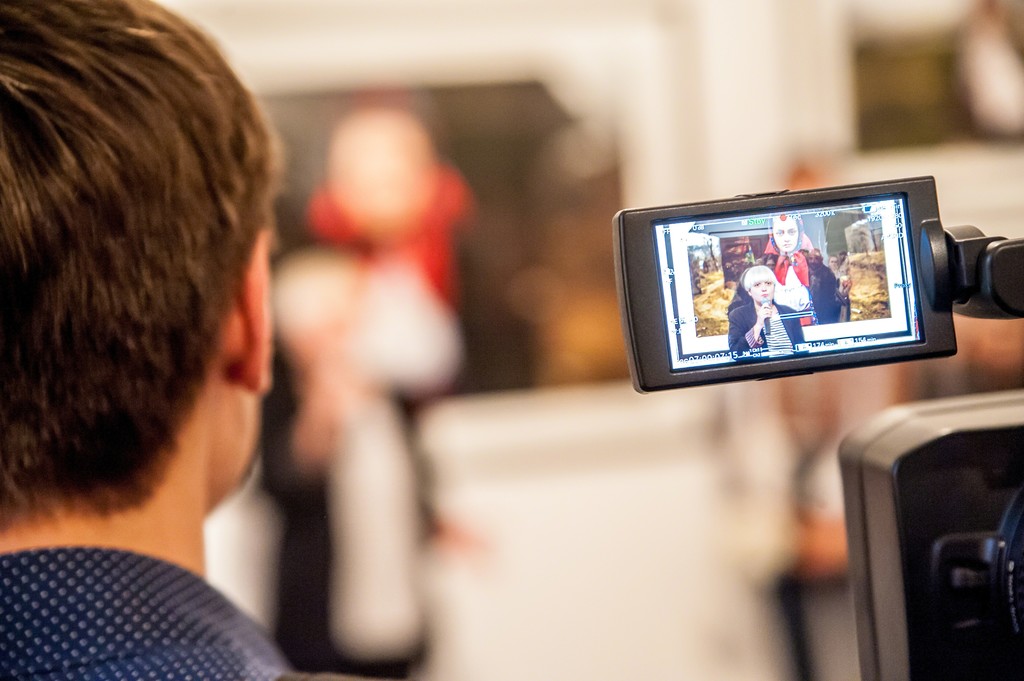 The Atlas of Beauty World Premiere. Artist Mihaela Noroc delivering her opening speech in front of TV cameras. Around 1000 visitors on opening night. Over 5000 visitors at the exhibition until it closed on May 16, 2015. April 16, 2015, Artfooly Gallery, Bucharest, Romania. 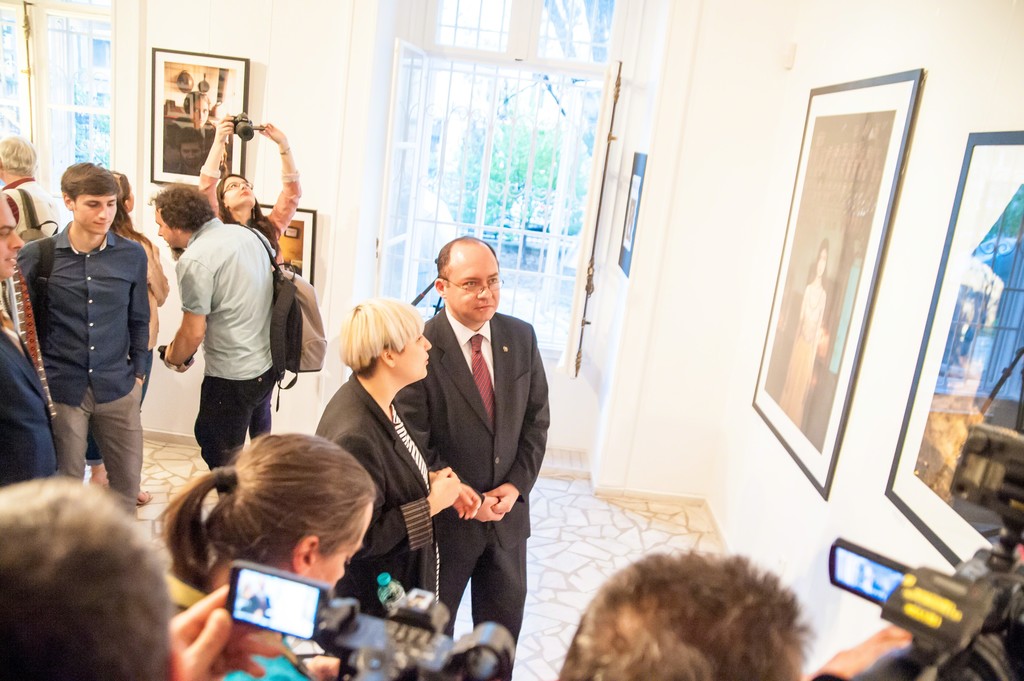 On Thursday, April 16th 2015, Artfooly Gallery hosts the opening of "The Atlas of Beauty" exhibition, the world premiere of an internationally renouned photography project by Romanian artist Mihaela Noroc.
Mihaela Noroc was born in 1985. She studied photography and video art at the Bucharest University of Arts and in 2012 she decided to focus her energy onto her first love, photography.
Then followed a fifteen months voyage around the world, during which Mihaela captured our planet's diversity through the portraits she took. She believes that beauty is everywhere and it does not depend on money, fashion or race, but on authenticity and simplicity.
Mihaela Noroc's project drew the attention of the most prestigious publications in the world, which wrote about it extensively. The Atlas of Beauty has become the most world-wide media-featured Romanian art project today.
In June 2015 the artist shall leave on a new journey around the world in order to map other countries and territories of the world before publishing "The Atlas of Beauty" album.
As this is an independent project, in order to go on, it needs all the support it can get, so contributions are most welcome.
The Atlas of Beauty solo show by Mihaela Noroc is curated by Anca Negescu.
The exhibition will be open between April 16 and May 16 2015, Tuesday to Saturday from 2.30 pm to 7.30 pm.
Artfooly Gallery's address: Bucharest, Știrbei Palace, 107 Calea Victoriei.
www.artfooly.com