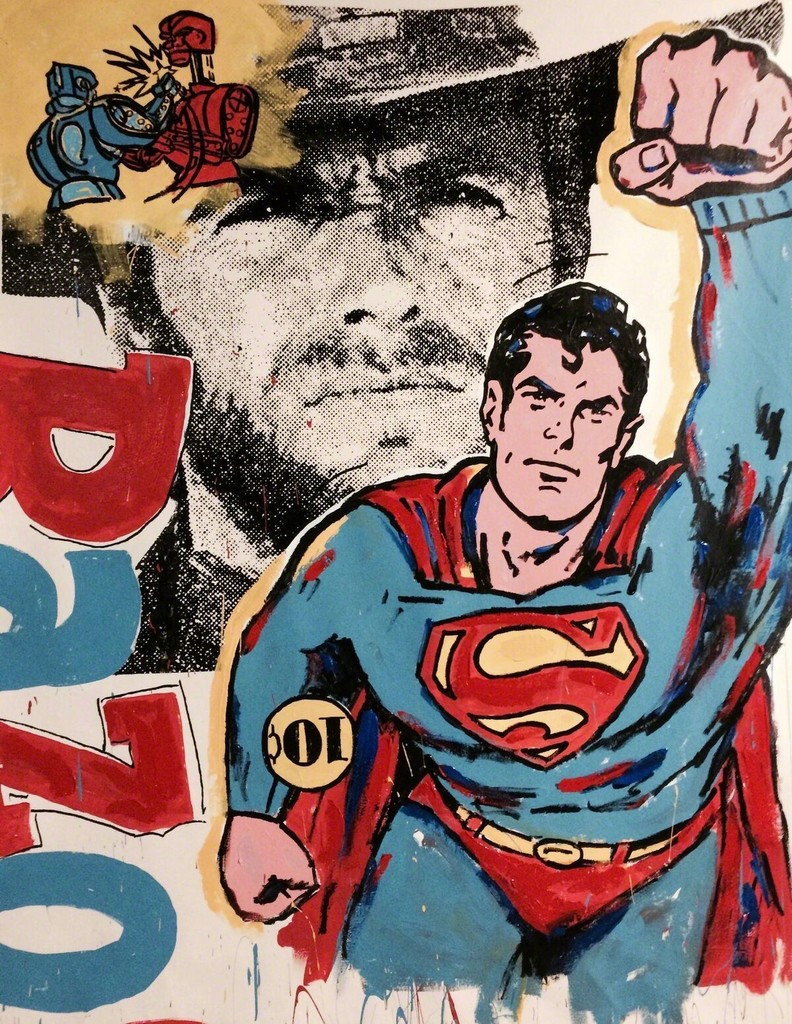 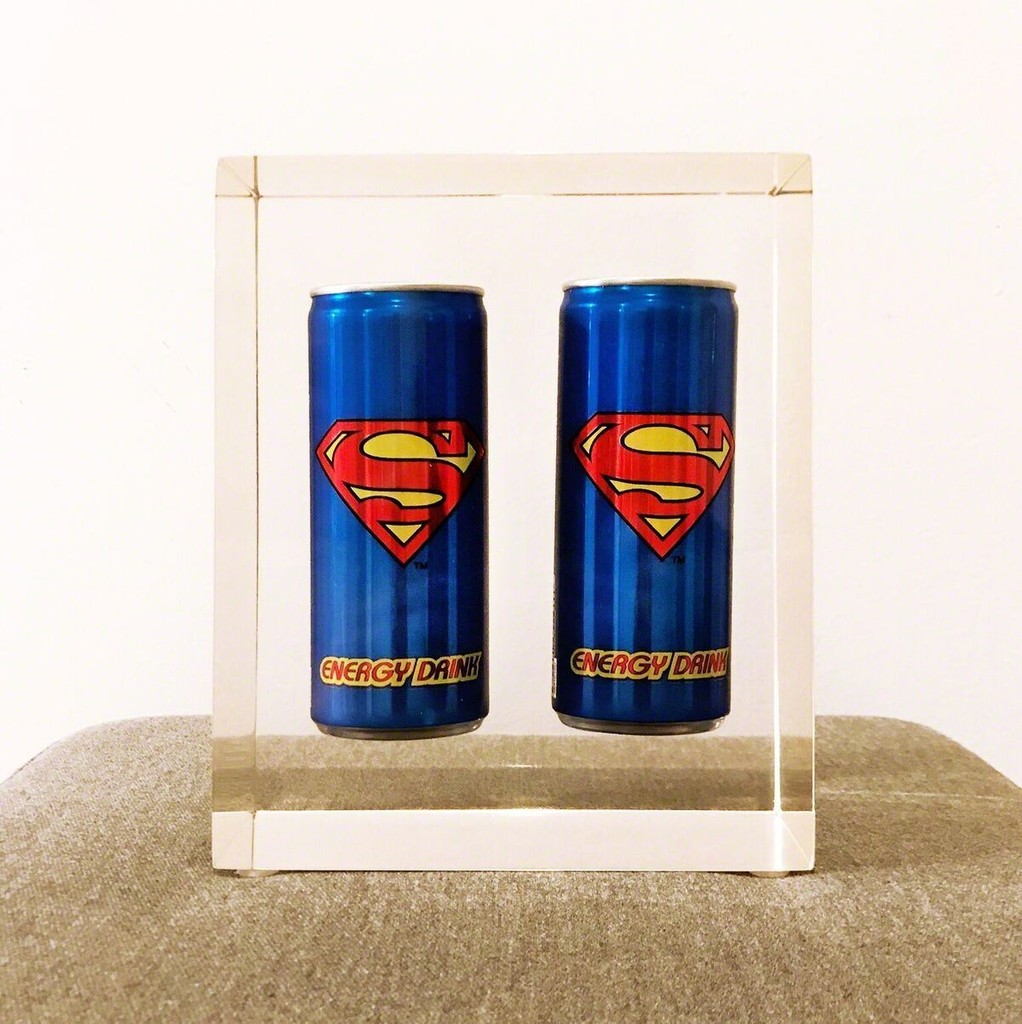 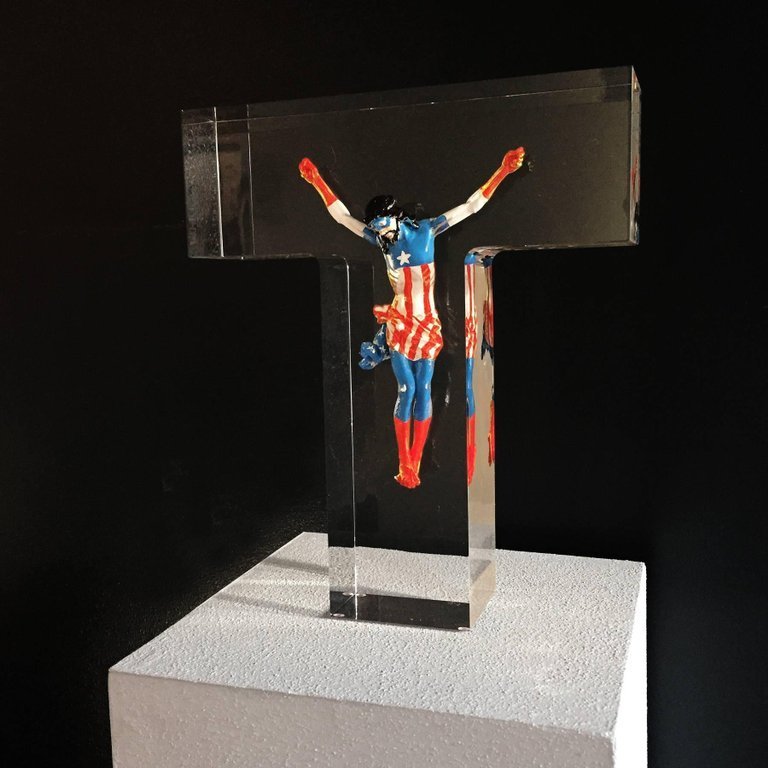 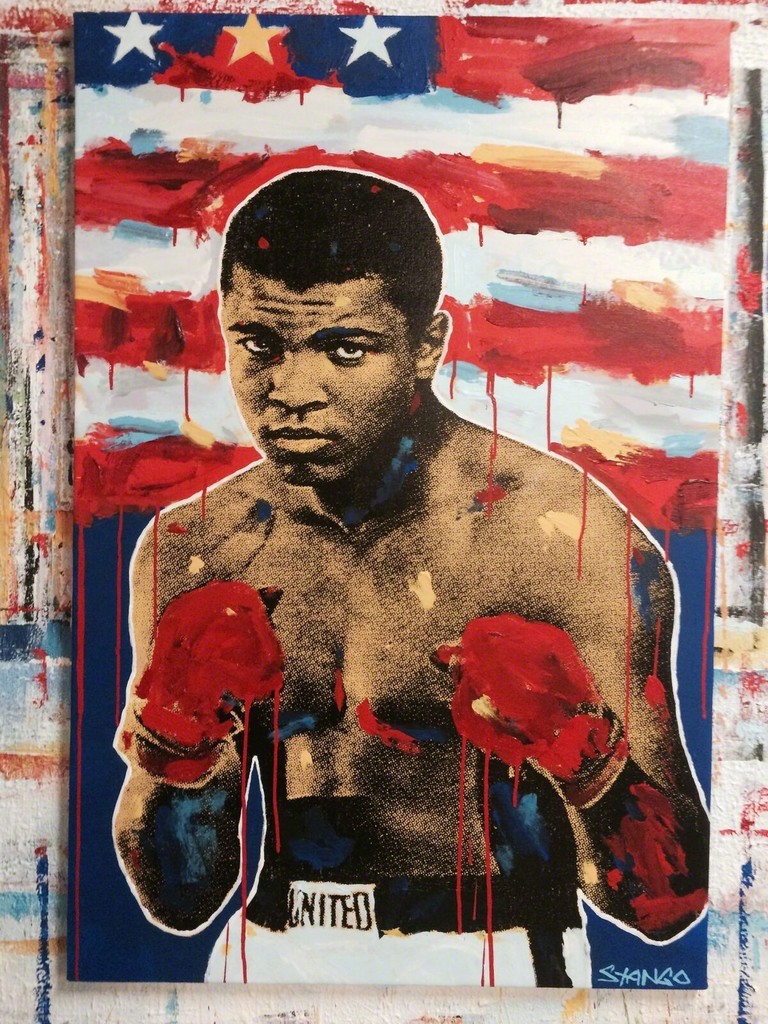 With a worldwide following drawn to his distinctive American Muscle Car style, John
Stango (American, b. 1958) builds upon the late 1950’s tradition while incorporating
contemporary brands and uniquely American icons, such as Muhammed Ali, Superman,
Basquiat, and Audrey Hepburn.

Helder Batista (French, b. 1964) is a self-taught artist who works predominantly in
sculptural medium. He describes the genesis of his artistic career as an epiphany,
Intrigued by the complexity and potential of everyday objects. In his exploration of
materials, Batista discovered that his ‘found’ objects could function as support, medium,
and subject, or as self-sustained complete works of art. Batista avoids polluting his found
objects even through his curatorial presence, arguing that assigning a value to some over
others creates contaminating waste. Instead, Batista sublimates, recycles and allows his
materials space to articulate themselves. Often a simple, transparent acrylic mold utilized
in works like Lego or Red Shoes is enough of a change in context to infuse everyday
objects with artistic poignancy.

In constant communication with Pop art, most of his pieces are intentionally ambiguous.
Batista’s work cuts in multiple directions depending on context and audience. His series
of Flag Guns, where the form of a revolver is wrapped with a flag and solidified with a
fiber rising coat, has multivalent layers of meaning. Batista himself refuses to elaborate his
intention of the flags, beyond admitting that he is toying with the power of symbols.
Batista’s larger oeuvre explores themes of nonsense, consumerism, globalization, and
overconsumption without searching for concrete explanations. By toying rather than
pontificating, Batista can be playful while also gesturing at serious dissonances in society.