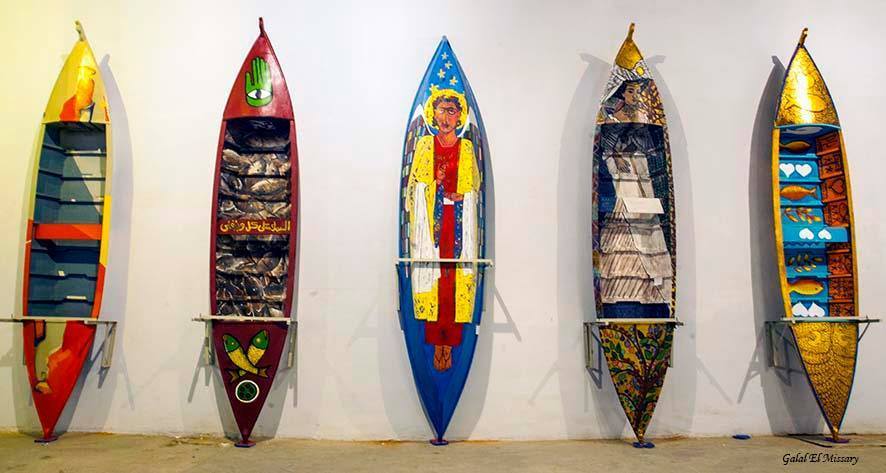 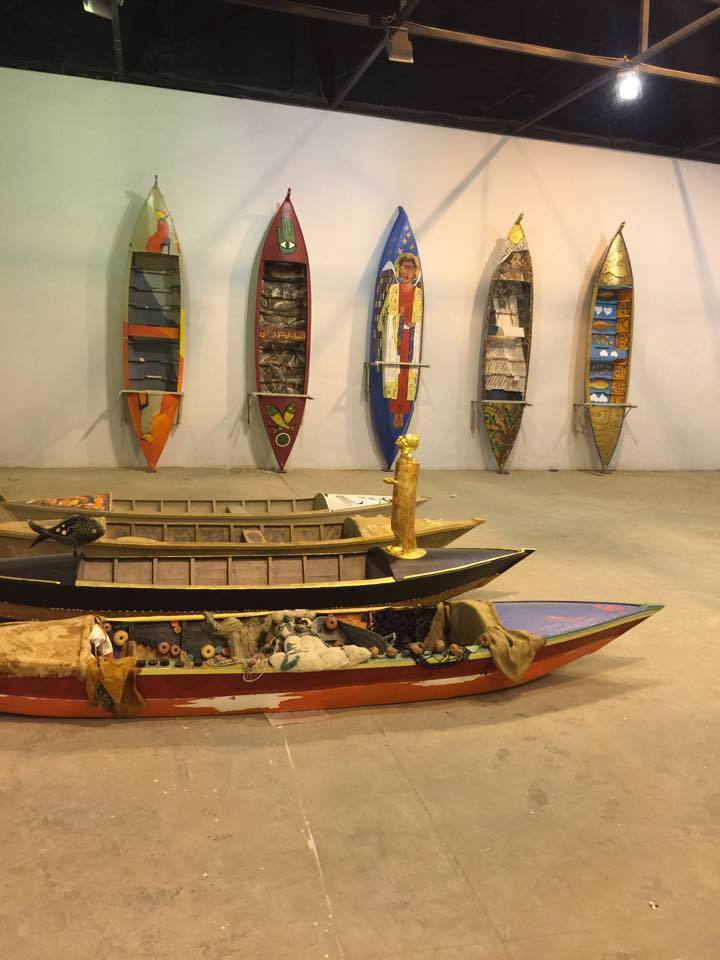 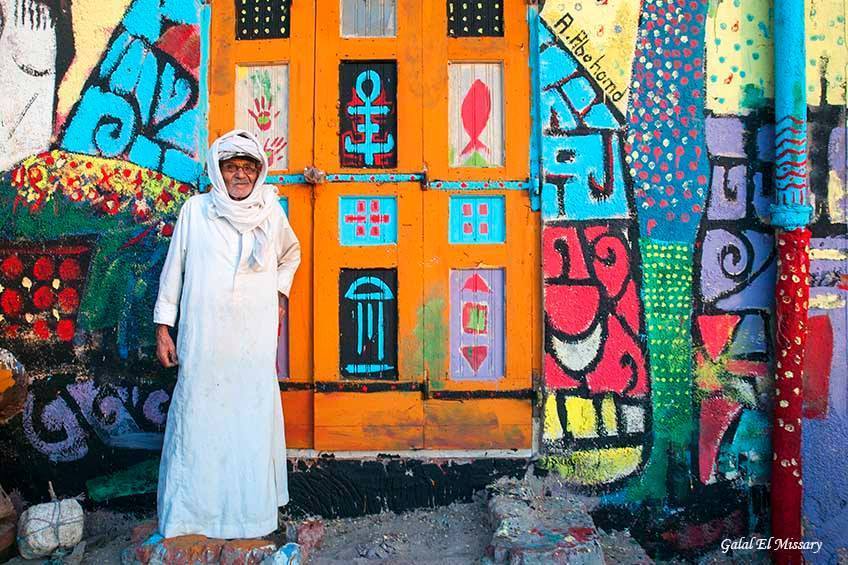 Arts-Mart, Egypt's first online arts gallery, will host 'Boats of the Borrollos', a two-week exhibition at its gallery space in Cairo on November 2nd, featuring 28 boats painted by Egyptian, Indian, Portuguese and Bahraini artists.
Encompassing elements of Coptic art, caricatures and calligraphy among others, the beautifully painted boats are a result of a two-week art symposium held in Balteem earlier this month, where the artists painted murals on the Nile Delta city's walls as well as the boats traditionally sailed on Borrollos Lake.
Organised by renowned artist Abdel Wahab Abdel Mohsen, the symposium brought together over 35 artists predominantly from Egypt, in addition to artists from Sudan, Jordan, India, Portugal, Bahrein and Iran, as well as over one hundred local youth.
Egyptian artists included Mohamed Abla, Omar El Fayoumy, Aquila Riyad, Samir Fouad, Gameel Shafeek, and Ashraf Reda, while the event also featured puppet shows, clean-up projects, and a free medical convoy for the local population.
'Boats of the Borrollos' will be held at Arts-Mart Gallery from November 2nd till November 16th, and will include photographs of the painted murals by Galal El Missary.
"We are so happy and proud be able to host this exhibit," says Arts-Mart co-founder Lina Mowfy. "We are pleased to be able to support this foundation and reward the artists' effort. On another level, it's a massive show that shows off our space and gives art audiences a novel and unique art experience."
All boats will be sold for 8,000LE, and a percentage of the proceeds will go to the Abdel Wahab Abdel Mohsen Foundation. This is the second exhibition at Arts-Mart featuring Mr. Abdel Mohsen, following his solo exhibition '˜Transcending Spaces' in April 2015.
About the Foundation
Founded in June 2014, the Abdel Wahab Abdel Mohsen Foundation aims to develop local communities, enable work opportunities for youth by creating micro businesses in the governorate of Kafr El Sheikh.
The foundation organises courses, conferences and cultural talks as well as art exhibitions locally and internationally. Fosters cultural exchanges between scientific and technical institutions within Egypt and abroad. Holding art festivals and conferences as well as founding and managing museums and exhibitions that serve the environment and society.