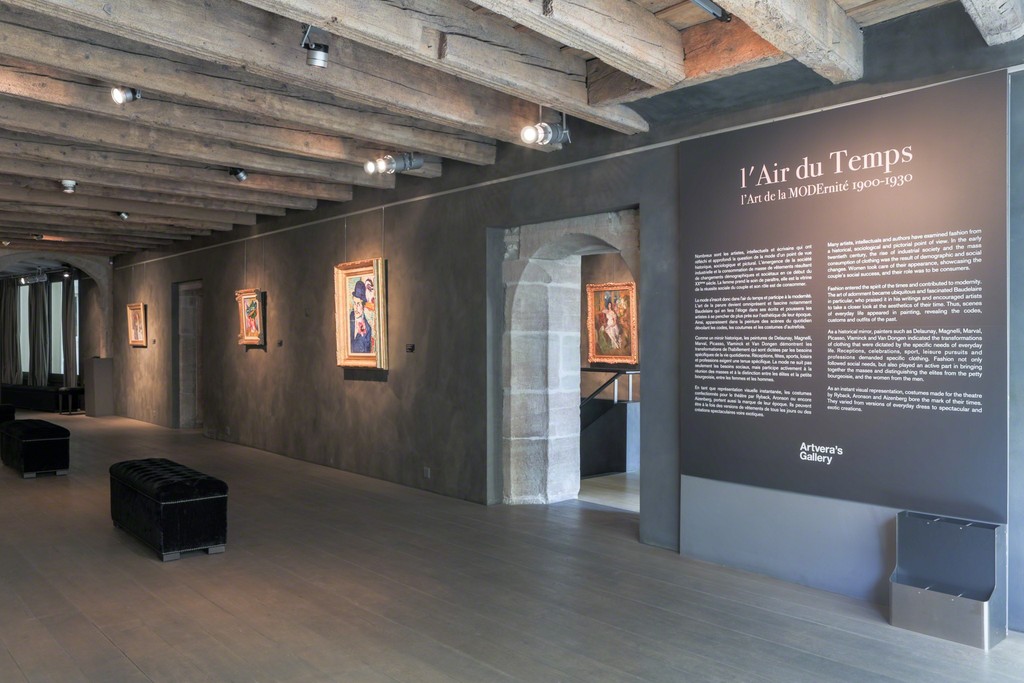 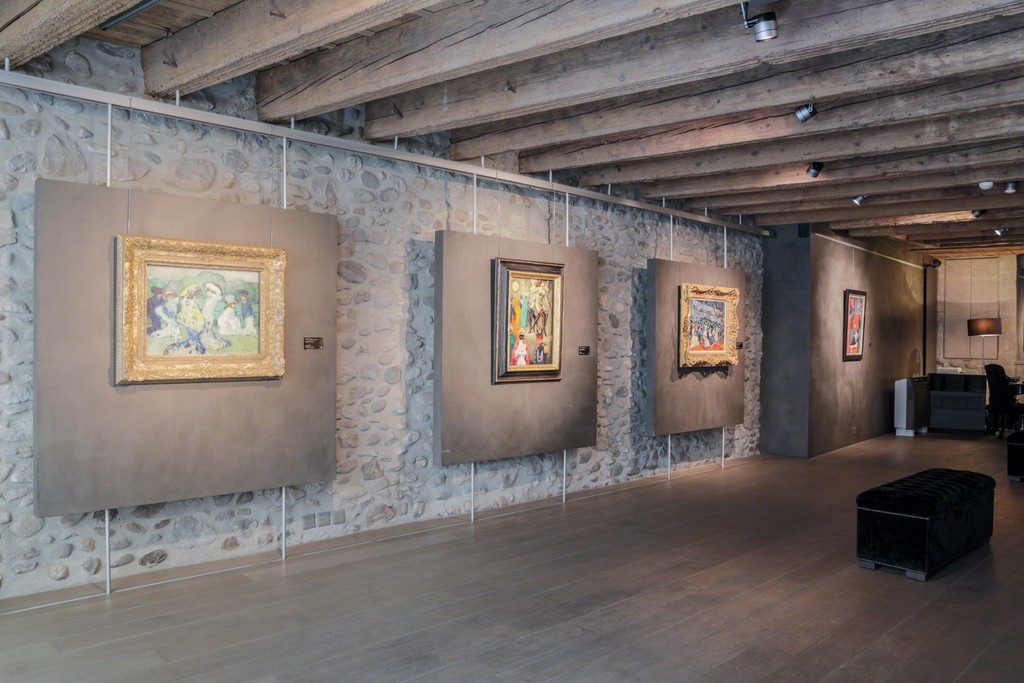 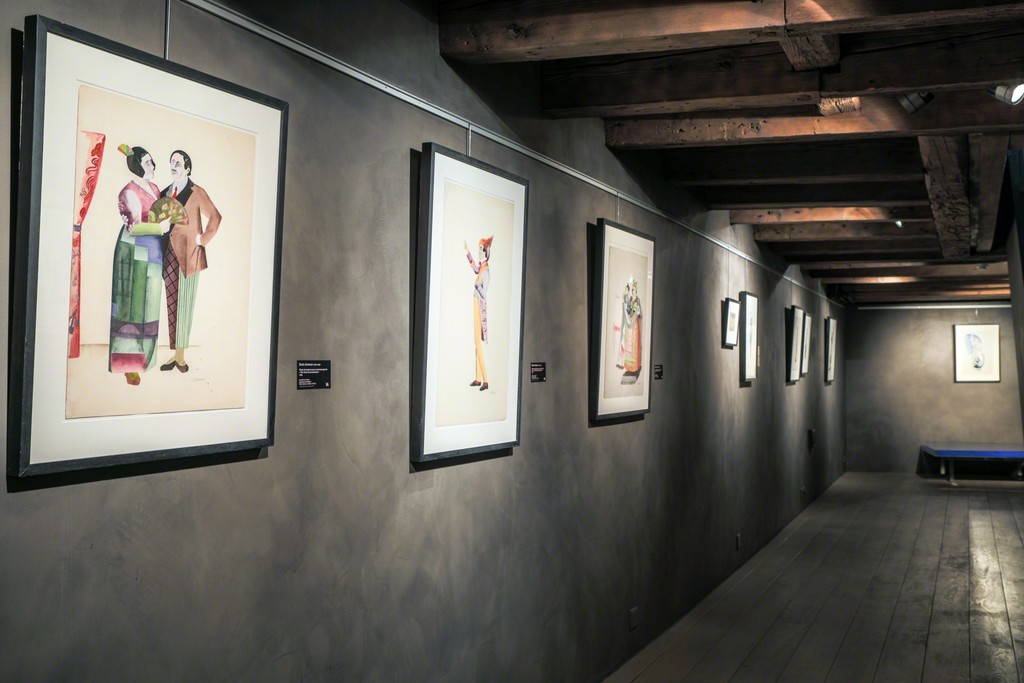 GENEVA – Galerie Artvera’s is pleased to present its new exposition, L’Air du Temps, l’art de la modernité 1900-1930, which looks at the thirty key years during which the fashion, costumes and codes of the past underwent radical transformations. Thirty or so masterpieces by Aronson, Aizenberg, Delaunay, Korovin, Magnelli, Marval, Picasso, van Dongen, Ryback, Tappert and Vlaminck will be on display from 27 April to 28 July 2018.

Many artists, intellectuals and authors have examined fashion from a historical, sociological and pictorial point of view. In the early twentieth century, the rise of industrial society and the mass consumption of clothing was the result of demographic and social changes. Women took care of their appearance, showcasing the couple’s social success, and their role was to be consumers.

Thus, the petty bourgeoisie and the working people bought their clothing in the department stores being built in the cities. Women’s magazines also encouraged shopping. The most well-to-do had their clothing made to measure by dressmakers and tailors, thus giving rise to haute couture.

The importance of external appearances encouraged consumers to follow the latest trends. Society events allowed women to showcase their day dresses, evening dresses and opera outfits. To stand out, high-society women endlessly adopted new fashions and created new trends, while sublimating their bodies in a world of codes and proprieties.

Fashion entered the spirit of the times and contributed to modernity. The art of adornment became ubiquitous and fascinated Baudelaire in particular, who praised it in his writings and encouraged artists to take a closer look at the aesthetics of their time. The representation of contemporary outfits by painters was a mark of modernity.

By closely examining the scenes representing outdoor and indoor activities, and the aristocratic and working-class scenes of the nineteenth and twentieth centuries, we immerse ourselves in what was considered “modern” at the time. These scenes bear witness to the codes, customs and clothing of the past.

Artists observed and depicted these variations. As a historical mirror, painters indicated the transformations of clothing that were dictated by the specific needs of everyday life. Receptions, celebrations, sport, leisure pursuits and professions demanded specific clothing. Fashion not only followed social needs, but also played an active part in bringing together the masses and distinguishing the elites from the petty bourgeoisie, the women from the men, and the disreputable from the respectable.

PROSTITUTION AS A MODERN SUBJECT

One modern subject among many was the representation of ladies of easy virtue. The cosmetics and nudity – they more stocking and mules at the most – revealed their profession. Painting modernity consisted of making faithful portraits of the models while highlighting their assets or faults, fall from the idealised nude. According to Baudelaire, painters did not seek to shock, but simply to represent the “beauty peculiar to evil, the beautiful in the horrible” (The Painter of Modern Life, 1863).

A SYNTHESIS OF THE ARTS

Certain artists developed the ability to work both as dressmaker and painter. Such was the case with Jacqueline Marval, a waistcoat-maker by profession, who turned to painting in 1895, after she moved to Paris with her friend Jules Flandrin. She subtly captured the modern women of her time wearing fashionable hats, with short hair and wearing dresses that covered the body more naturally. Having become a Parisian, Marval showed a great desire for freedom and independence that she assumed through her straight outfits without waists or with an empire waist for comfort. Like many other women, she sought to be comfortable in her clothes with fluid dresses designed by Paul Poiret (the designer who got rid of the corset).

Another artistic trend was the designing of theatrical sets and especially by artists. Ryback, Aronson and Aizenberg excelled in this domain. Their freer and more imaginative approach brought a new dimension to the theatre. They thus designed costumes bearing the mark of their era.