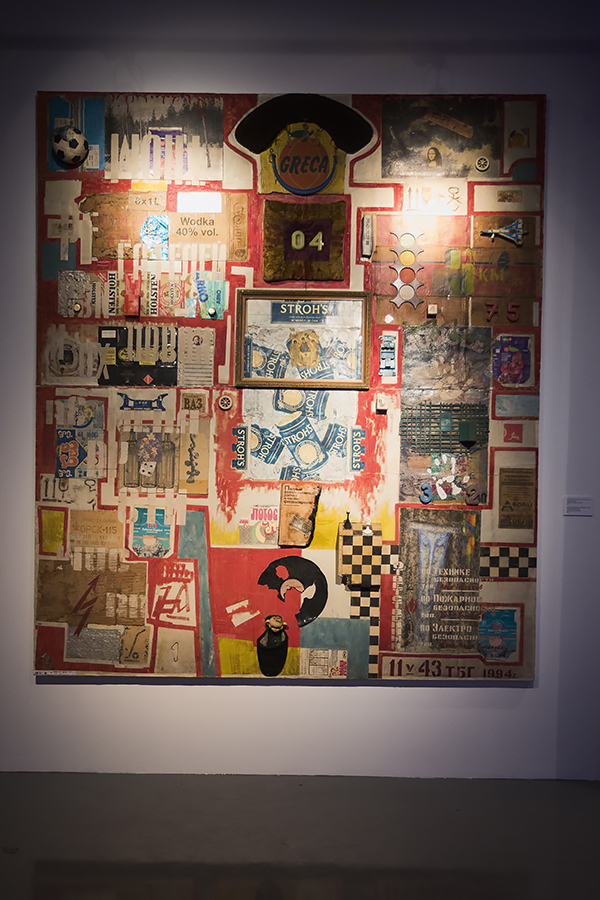 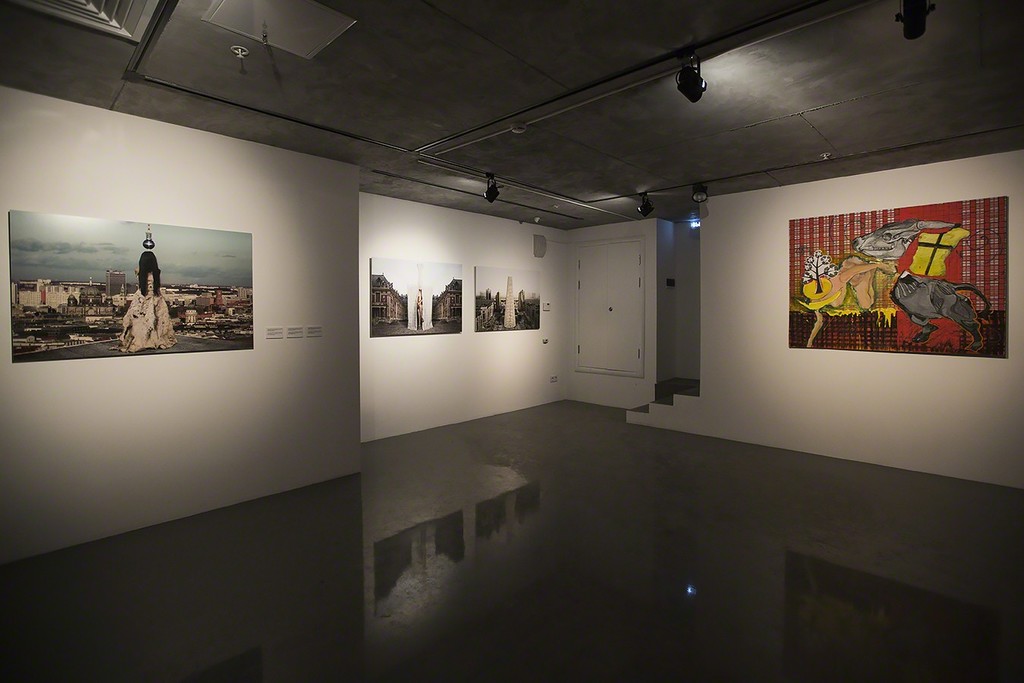 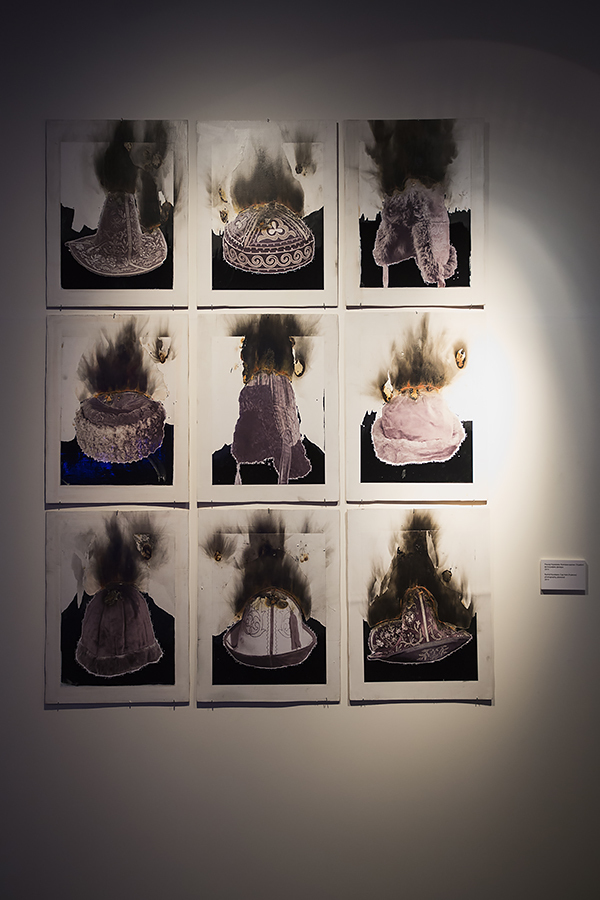 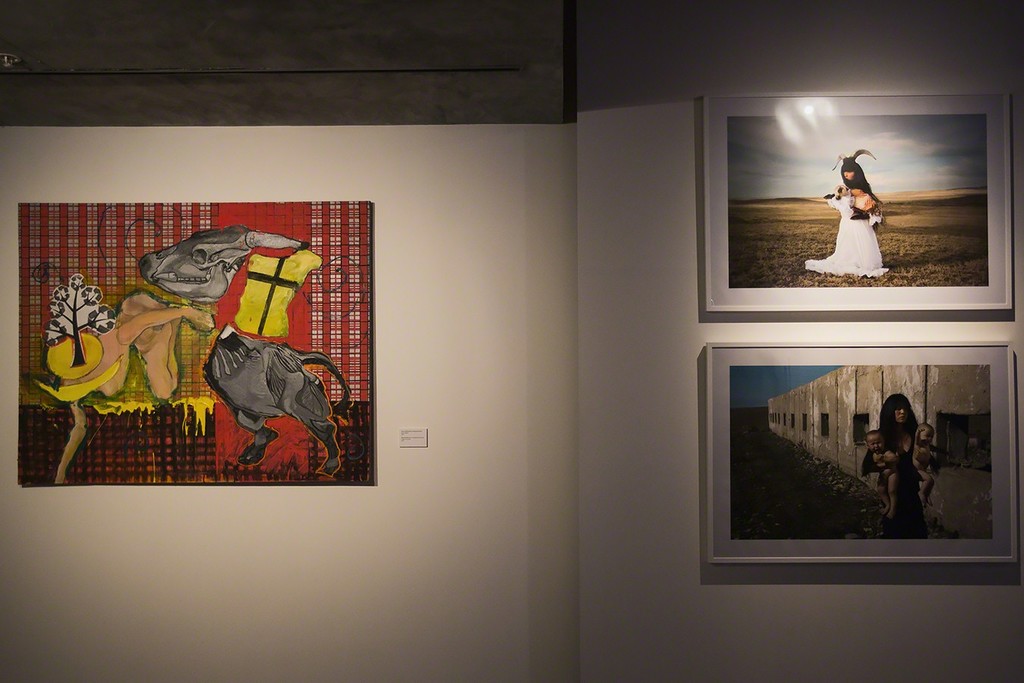 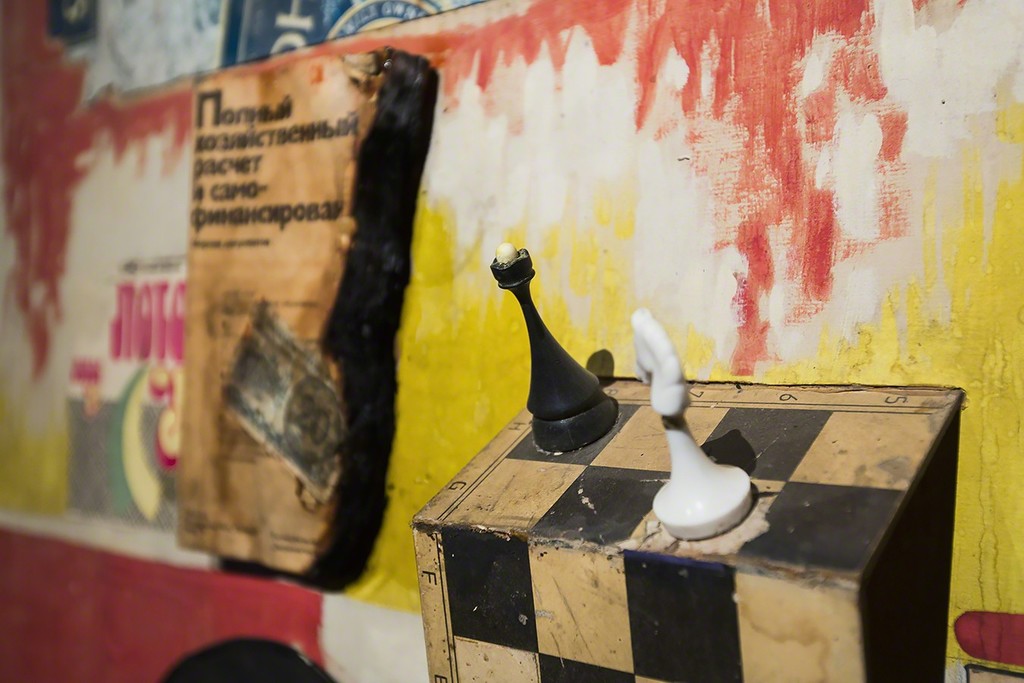 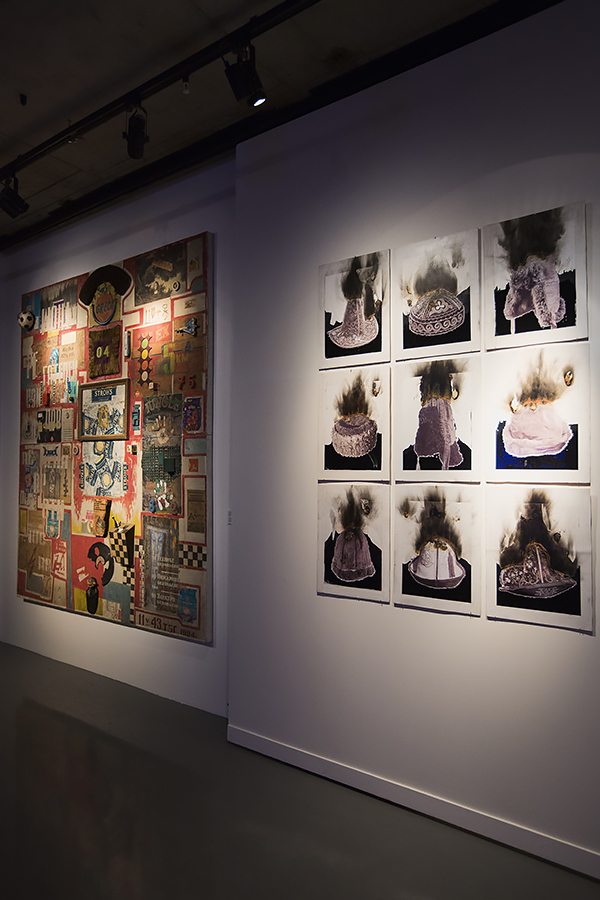 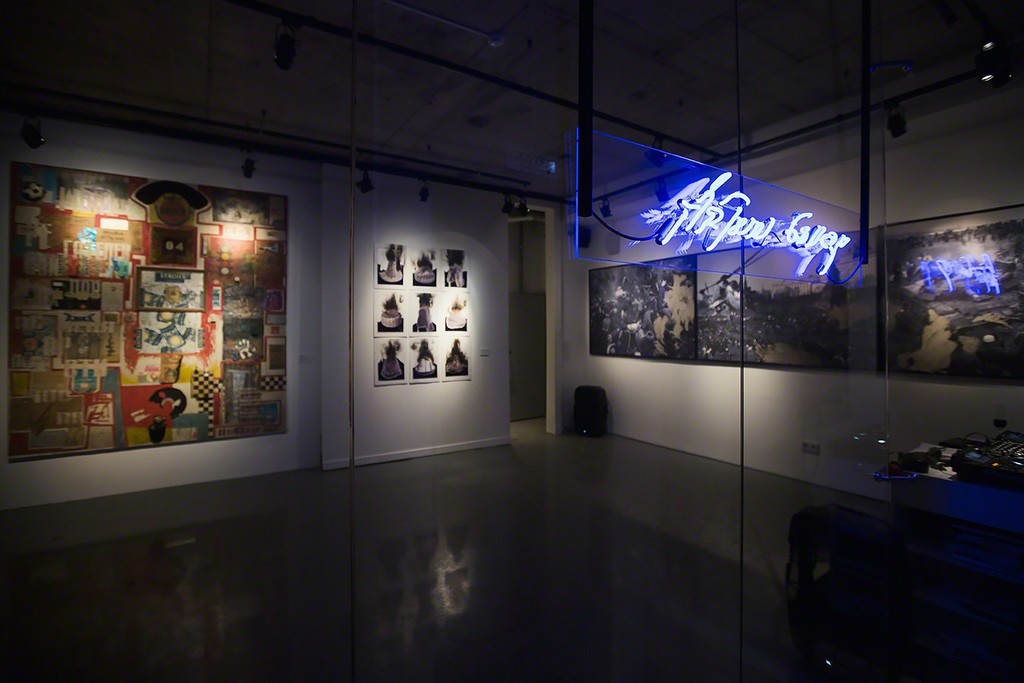 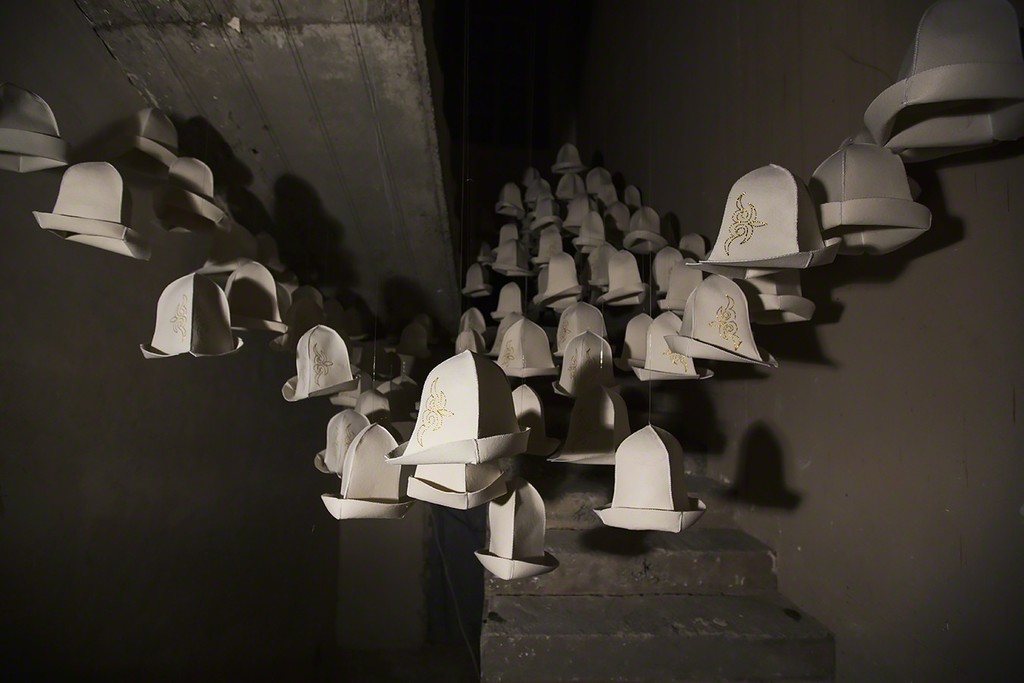 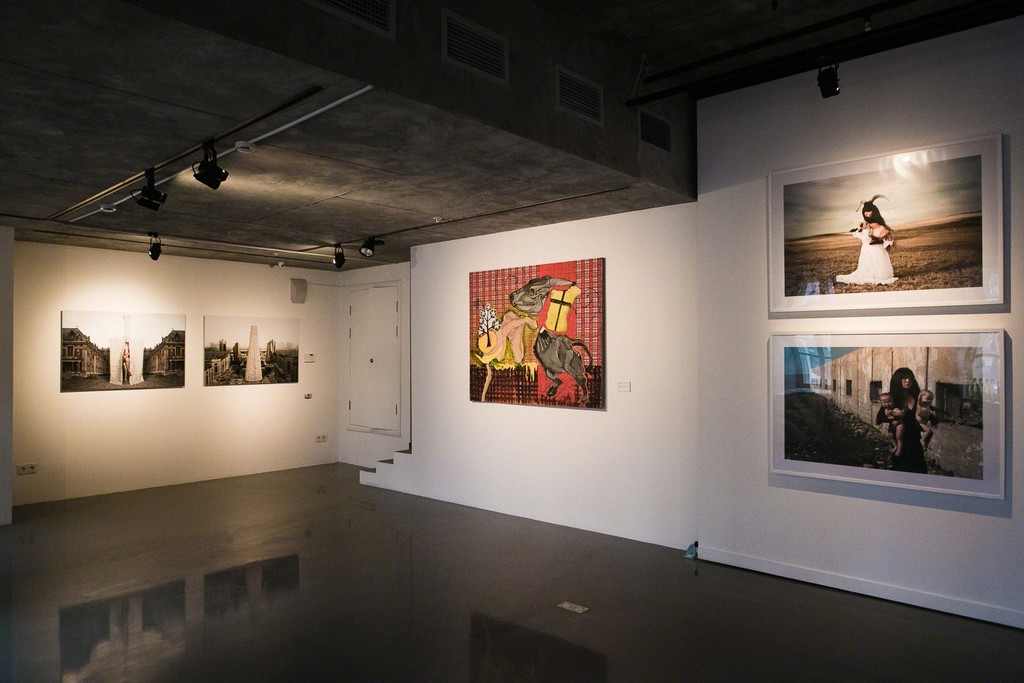 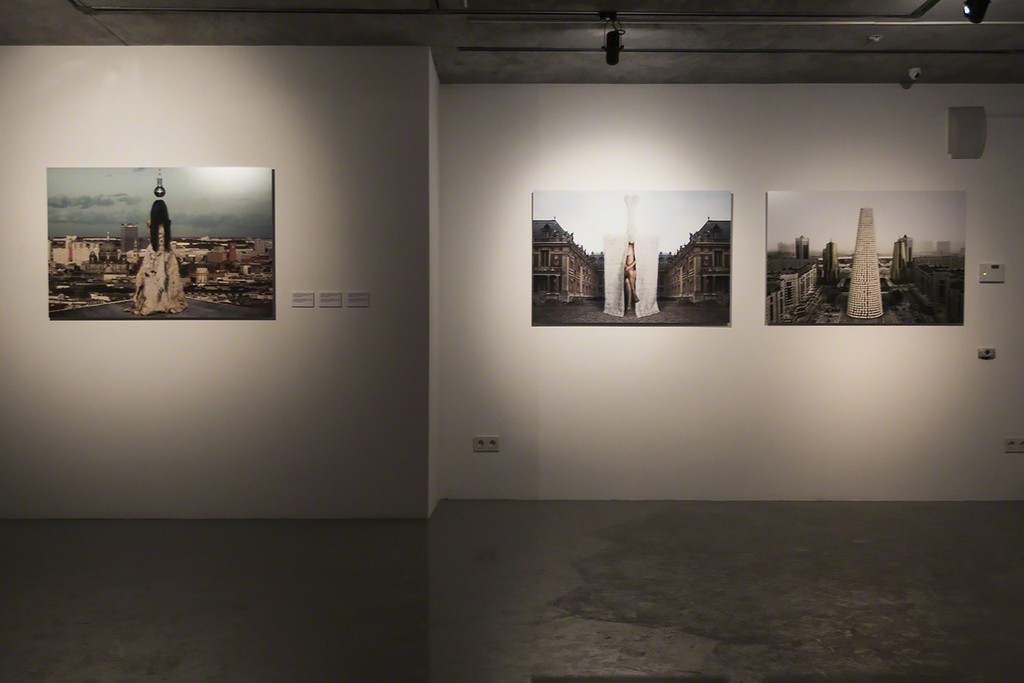 With the support of the Ministry of Culture and Sport of the Republic of Kazakhstan and the Eurasian Cultural Alliance.
Curators: Anzhelika Akilbekova, Mariana Gogova

The exhibition “The Nomads” investigates a central struggle in the art of Kazakhstan over the last few decades, as artists try to articulate a national identity that has been defined by its creative, ethnographical, political and culturological positions in a world that has changed so dramatically in the wake of relatively recent historical events. With “The Nomads,” the curators attempt to present an acute survey of Kazakhstan’s art scene and the current state of contemporary art in the country.
In general, over the past few years, the contemporary art of Kazakhstan has been largely ignored by the Russian art world. It would seem that Perestroika managed to shake the supposedly unbreakable friendship between nations, reconfiguring the logic of how geopolitical interests manifest in the creative environment. Now artists from Moscow and Almaty are more likely to meet at an exhibition opening in Strasbourg or Barcelona, than one another’s studio, in either country.
This exhibition captures a burgeoning trend currently gaining momentum in the Russian art establishment, where institutions are finally turning to look at the art of the country’s nearest neighbors, reestablishing contacts and collaborations and recuperating the “Black Holes” of Post-Soviet psychogeography, while also enriching the scene with new talents, previously little-known but long due recognition. This Proustian theme of the “search of lost time” becomes particularly relevant for Kazakhstan’s contemporary art in the era of sovereignty. The radical social and political changes of the 20th century have left the collective creative consciousness with “phantom pains.” This search for a new national identity through overcoming the experiences of the recent past is a process prevalent in countries and territories where the local and national subconscious has recently suffered a trauma.
Today the artists of Kazakhstan direct their ideas to a kind of imaginary territory, where the “true Kazakhs” (a nomadic, steppe-dwelling, Asiatic, shamanic tribe, steeped in mysticism) begin to learn the language and appropriate the strategies of Western contemporary art, while still preserving the strong “accent” of the Soviet artistic canon. The Moscow audience will get a glimpse of this complicated mixture of wide-ranging artistic styles with the exhibition, “The Nomads.”
For this exhibition, the curators bring together several generations of artists into one space: from the “grandparents” of Kazakhstan’s contemporary art scene (the founders of the legendary group Kyzyl-Traktor Moldakul Narymbetov and Said Atabekov, as well as Georgy Tryakin-Bukharov) and the recognized classics who, through their proven artistic “track records,” are already established as the go-to names in Kazakhstan’s contemporary art today (Almagul Menlibayeva, Saule Suleimenova, Rashid Nurekeev, etc.), to the masters of the new generation, having only just emerged on the scene (“Kyzyl Tractorist” Syrlybek Bekbotaev, Bakhyt Bubikanova, Gulnur Mukazhanova, and others.) The exhibition takes its name from a 2003 work by Sergey Berdnik, which embodies the specific and unique fusion of artistic traditions. It is this very fusion – the compounding of a deeply-rooted national identity with globalist leanings, Asian with European, the nomadic with the post-industrial, Islam with paganism, the Soviet mentality with the capitalist way of life – that the exhibition participants try to convey, while the curators, when making their selections, sought to simultaneously create and dispel myths about today’s art in Kazakhstan.