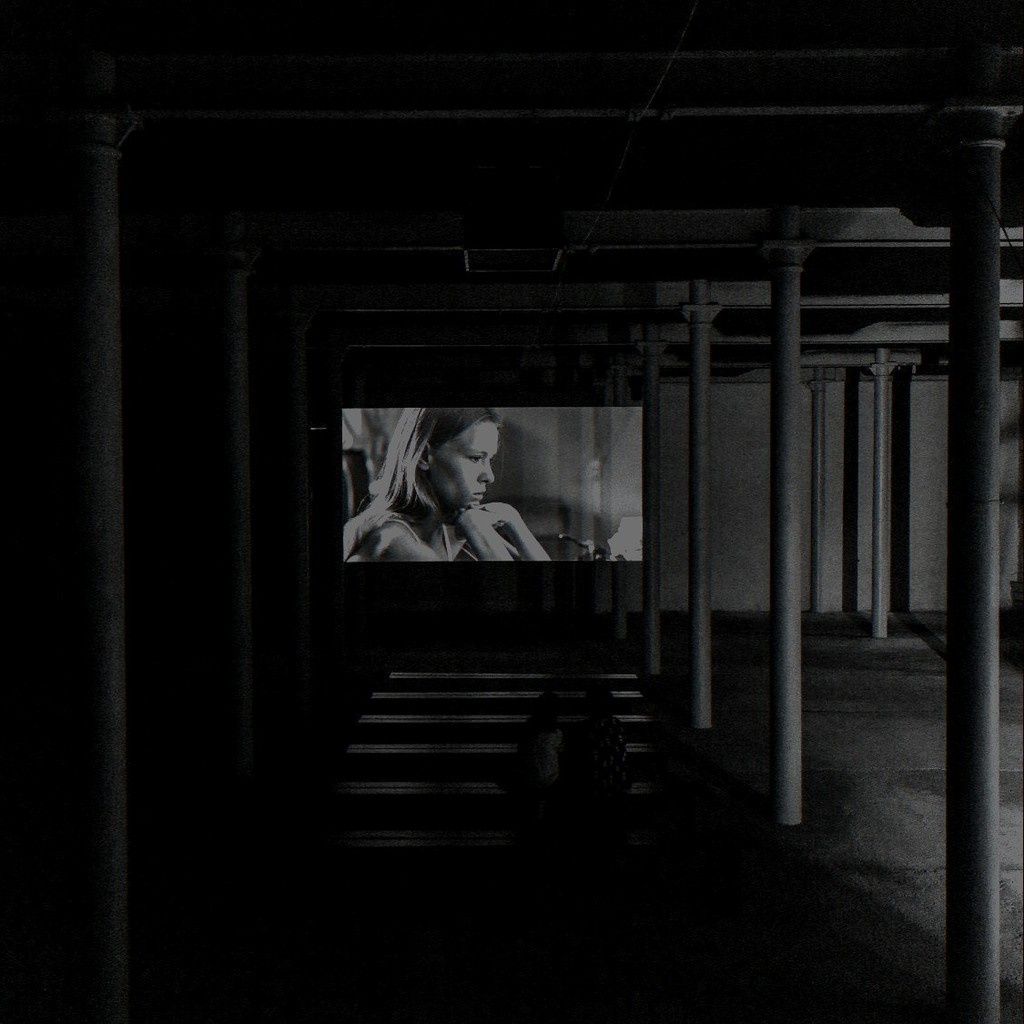 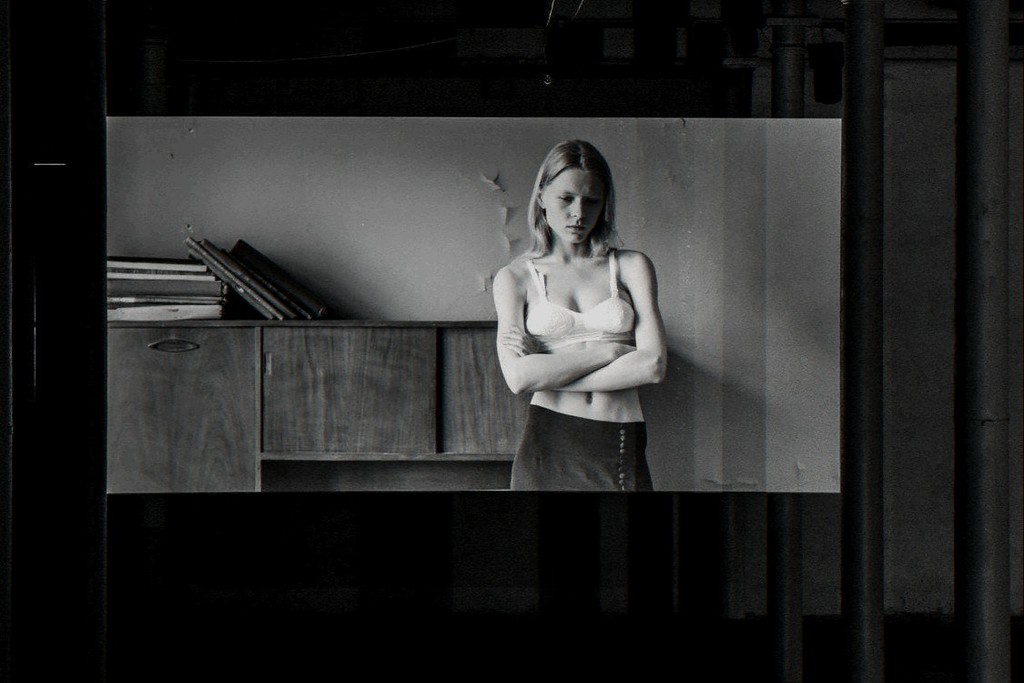 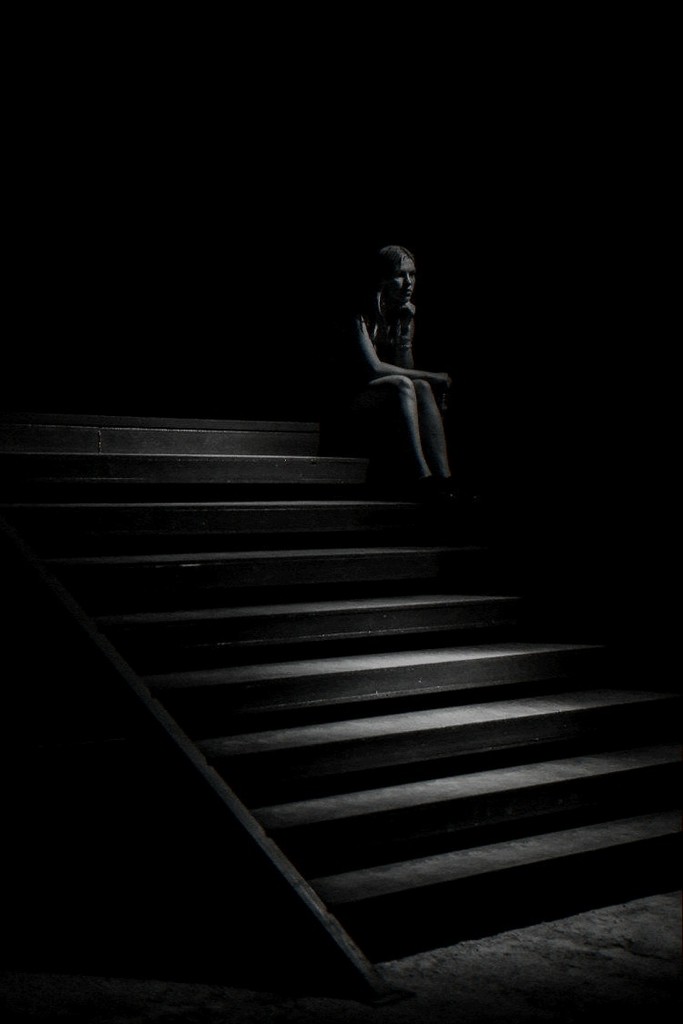 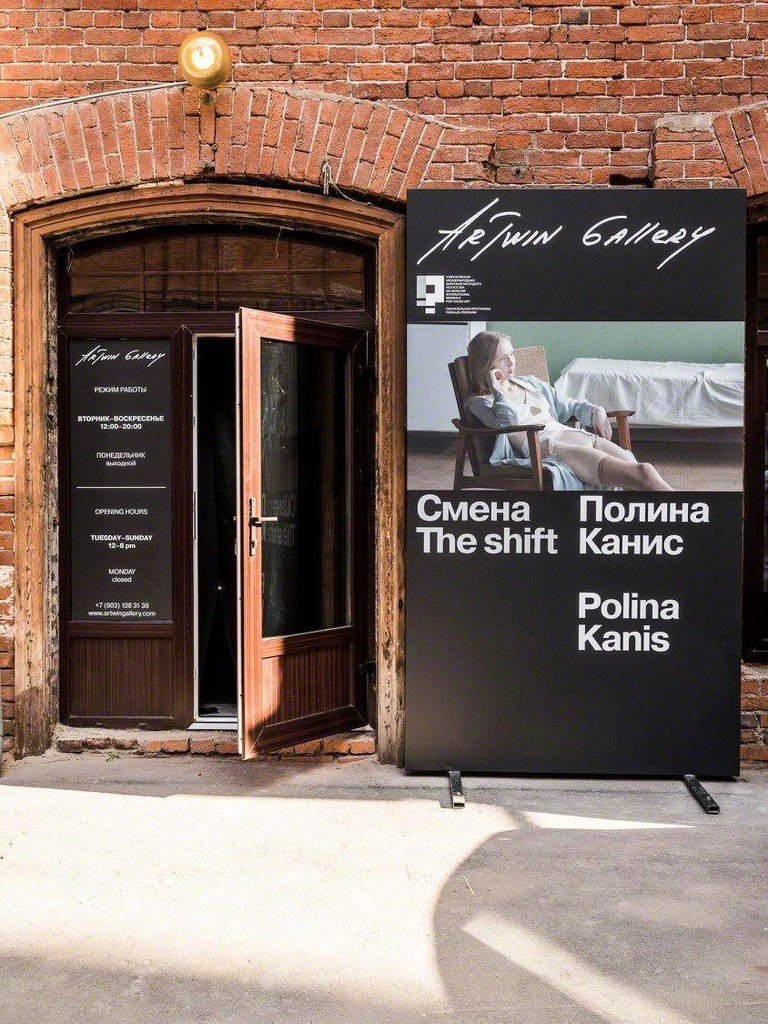 On June 30, as part of the Parallel Program of the 5th Moscow International Biennale for Young Art, Polina Kanis will present her latest work, The Shift. The action in this video centers on events involving the workers of a shuttered institution, housed in the building of a former museum. We find the staff performing their primary duties, which require strict adherence to the rules. Their labor remains off camera, giving the impression that perhaps they aren’t actually doing anything at all, rather just keeping the system running through their mere presence alone. Everything runs smoothly, up until the operations of this well-oiled machine are interrupted by the actions of one of the heroes, who, instead of fulfilling his responsibilities, follows his desires.
Polina Kanis was born in 1985 in Leningrad, where she studied at the Herzen State Pedagogical University before continuing her studies at the Rodchenko Art School of Photography and Multimedia in Moscow. In 2011, she was honored with a Kandinsky Prize for the category of “Young Artist.” That same year, she was nominated for the Innovation Prize for the “New Generation” category. Kanis has been featured in solo exhibitions as part of Manifesta 10 in St Petersburg, 2014; New Holland Island, St Petersburg, 2013; and the Mystetski Arsenal in Kiev in 2012. Her works are included in the collections of the National Center for Contemporary Art, Moscow; the Museum of Modern Art, Warsaw; The Art Vectors Investment Partnership Foundation, Vienna; the Foundation of Vladimir Smirnov and Konstantin Sorokin, Moscow; and Foundation Videoinsight, Bologna. Kanis video Celebration brought her Innovation Prize in two categories in 2014. In 2015, Kanis was a finalist for the Innovation Prize for her work Pool.

This Moscow-based gallery was founded in June 2012 by sisters Madina and Mariana Gogova. Before opening its own space in February 2015, Artwin Gallery organized exhibitions in museum venues, actively supporting the artists on its roster, and participating in contemporary art fairs. The gallery’s main objectives are to create a platform for dialogue between artists of different countries and generations, and to promote emerging Russian art both at home and abroad. Artwin Gallery’s focus on Russian artists, its bold approach to curating and exhibition-making, and its in-depth understanding of the art market in Russia and CIS countries, allows the gallery to create extraordinary projects across a wide range of styles and genres of contemporary art. Artwin Gallery has participated in multiple international exhibitions and biennales, including the Moscow Biennale of Contemporary Art, Moscow International Biennale for Young Art, Cosmoscow, Art Dubai and Artbat Fest, a festival of contemporary art in Almaty, just to name a few. The gallery also helps foster the growth of contemporary art through a series of lectures and round table discussions featuring art world professionals, as well as its contributions to other educational initiatives, like the gallery’s collaboration with the Turandot Academy. Artwin Gallery currently works with artists Said Atabekov, Polina Kanis, Alexey Korsi, Olga Kisseleva, Olya Kroytor, Almagul Menlibaeva, Gulnur Mukazhanova, Dima Rebus and Anna Titova. Its 130 square meter space lies in the historic center of Moscow, in the building of Maison Dellos, a strategic partner of the gallery. In September 2015, Artwin Gallery opened an additional exhibition space in Baku, Azerbaijan.

The Moscow International Biennale for Young Art, which will be held for the fifth time in the summer of 2016, is one of the largest and most ambitious projects in the sphere of contemporary art in Russia. The biennale is organized by the National Center for Contemporary Art (NCCA), the ROSIZO State Museum and Exhibition Center and the Moscow Museum of Modern Art (MMOMA), with support from the Ministry of Culture of the Russian Federation and the Department of Culture for the city of Moscow. The biennale’s goals are to bring attention to new names, to support and encourage the creative initiatives of artists and curators of the new generation, creating the conditions for their public expression and, as a result, the development of the contemporary art community.