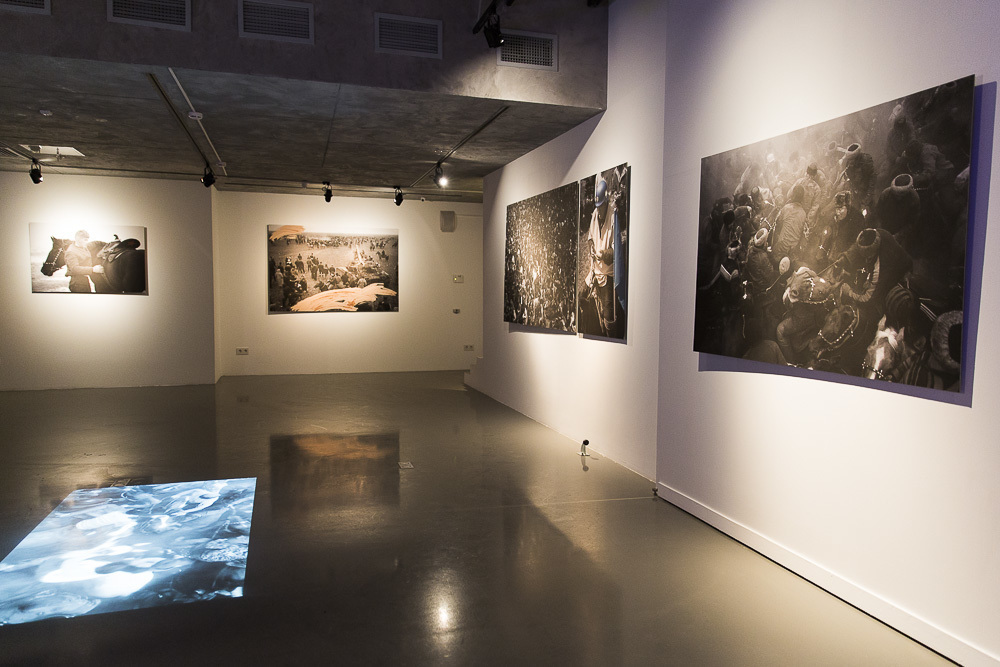 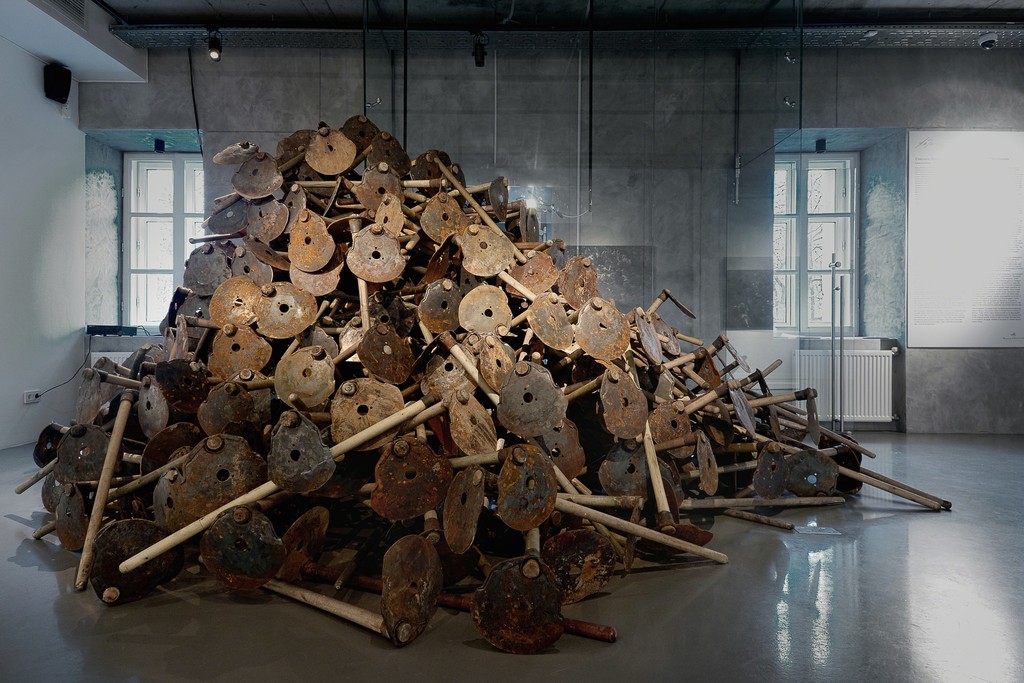 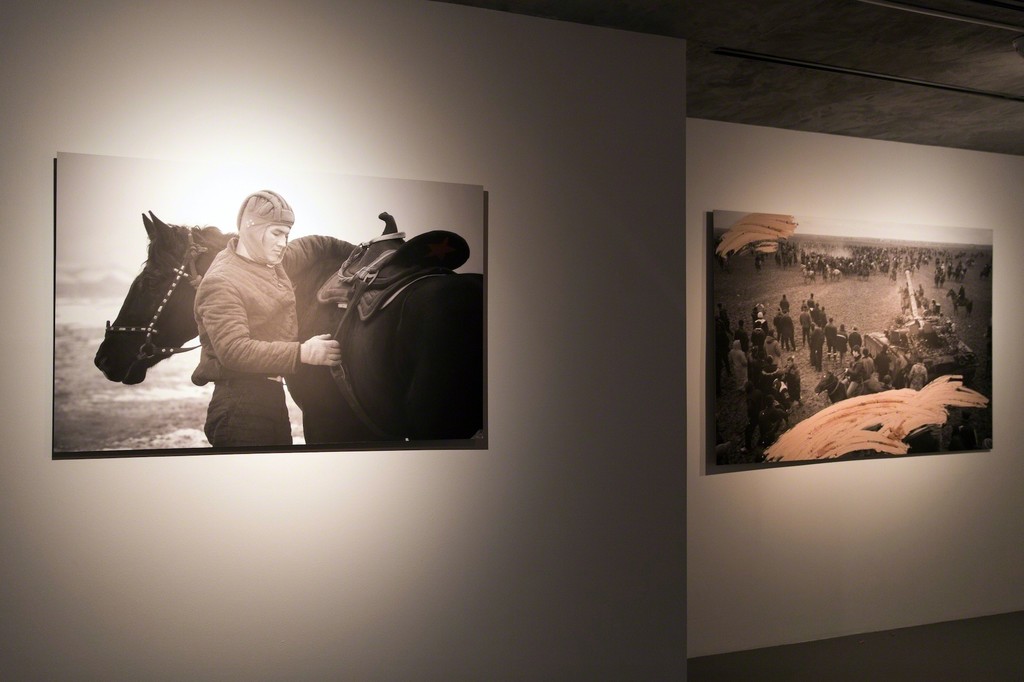 Said Atabekov was trained and lives in Shymkent, a town in southern Kazakhstan where, to this day, the ruins
of fortified cities are preserved dating to the time of Chinggis Khan’s conquests. Kazakh culture has coalesced over the millennia from the intertwining of language and religion, the nomadic basis of life and customs, traditions and the feverish reforms that are as evident today as in the last century. Professional contemporary art appeared
comparatively recently in Kazakhstan. Reflecting on the processes taking place in the country, it combines local exotic materials, traditional images and new technologies. The whimsical interplay of the Soviet heritage, motifs taken from shamanism and nomadic culture, all combined with today’s conditions of sharp economic growth, have set the conditions for the peculiarity of Kazakh contemporary art. Said Atabekov has been extensively exhibited all around the world. Special mention goes to his exhibitions at the Sharjah Art Museum (2014); the Moscow Biennale of Contemporary Art (2013); the Central Asian Pavilion at the Venice Biennale (2011, 2007 and 2005); Ostalgia, New Museum (2011); Kiasma Museum (2007); and the Istanbul Biennial (2005). Said Atabekov is a laureate of the prestigious Royal Dutch Fund’s Prince Claus Award. Said Atabekov is a member of the “Kyzyl Traktor” art group, named in honour of the red tractor set up at the entrance to the South Kazakhstan Historical and Regional Studies Museum. In its time, it was precisely this institution that helped the group’s participants make a name for themselves, providing them with a venue for their first exhibitions. The group included Moldakul Narymbetov, now deceased, with the permanent membership from the very beginning to the present day comprising Said Atabekov, Smail Bayaliev, Vitaly Simakov and Arystanbek Shalbayev. Kyzyl Traktor’s participants create large-scale projects with traditional materials taken from the nomadic way of life. Working in the sphere of contemporary art, they preserve and interpret the spirit of age-old tradition, using the typical materials available to the nomad – leather, wood and felt. The main concept of this art group lies in the juxtaposition of the archaic pre-Islamic past against Soviet practices of artistic professionalism. Atabekov works with the techniques of video and photography, creating installations and performances. Contemplating the status of the artist in contemporary society, he draws on traditional aesthetics, the practices of Soviet collectivism, and the post-Soviet reality. Through the prism of author’s irony, he focuses his attention on the iconographic stereotypes of Central Asia, its mores, daily life, legends, traditions and history. The “Wolves of The Steppes” project comprises a photographic series of the same name and the “Customs Point” installation. The photographs from the “Wolves of The Steppes” series capture scenes from the popular traditional game of “kokpar”, in which horsemen engage in fierce competition to seize the carcass of a goat. On the one hand, this is a brutal contest in which the primordial element of strength reigns supreme, an approximation of cosmogonic battles between titanic forces. On the other, it is a metaphor for the crude, dangerous, and not seldom treacherous competition which the author sees in contemporary “market” activity, accompanied by its cult of success. The world is thus akin to a cruel struggle in which the prize for which all compete so fiercely is, in essence, unimportant – the “goat’s carcass” takes second place to the status of the victor and the attributes associated with this role. The installation “Customs Point” is fashioned from traditional tools of labour. The central object is formed from a mound of farmers’ hoes, which make reference both to an apocalyptic image of those fallen on the battlefield and to the arduous toil of the migrant worker, forced to earn his bread the hard way, in competitive struggle, whether it be home in Central Asia or further afield.