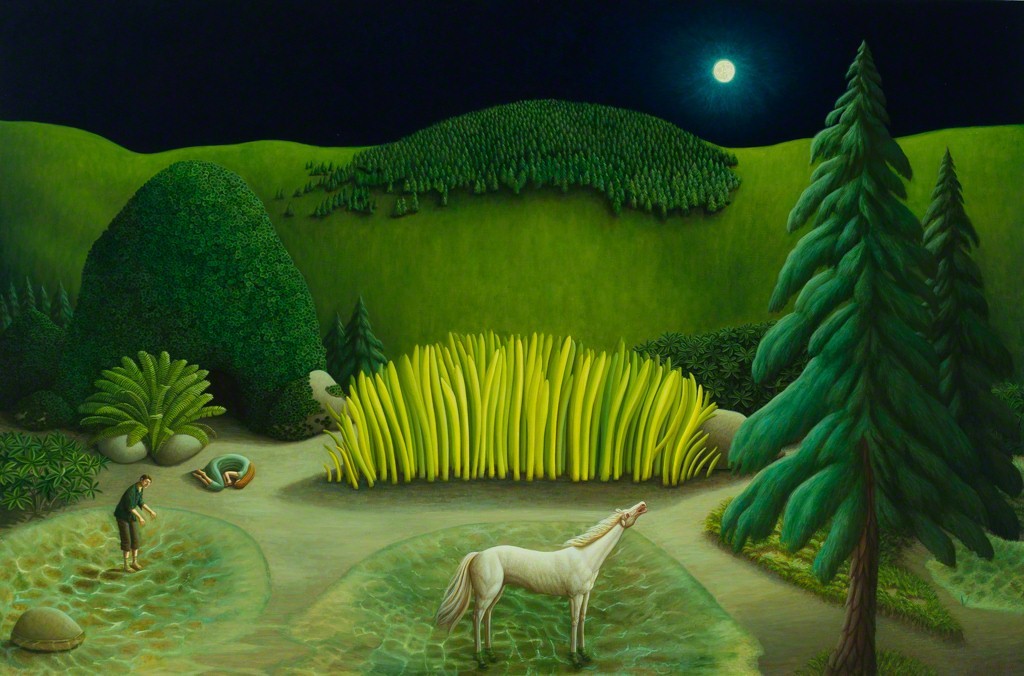 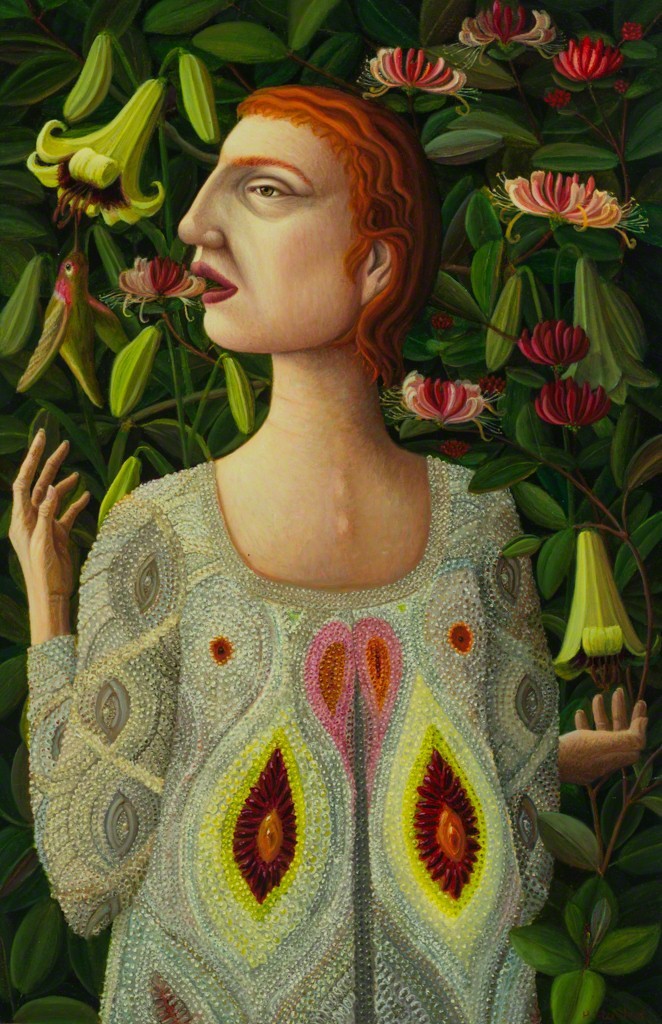 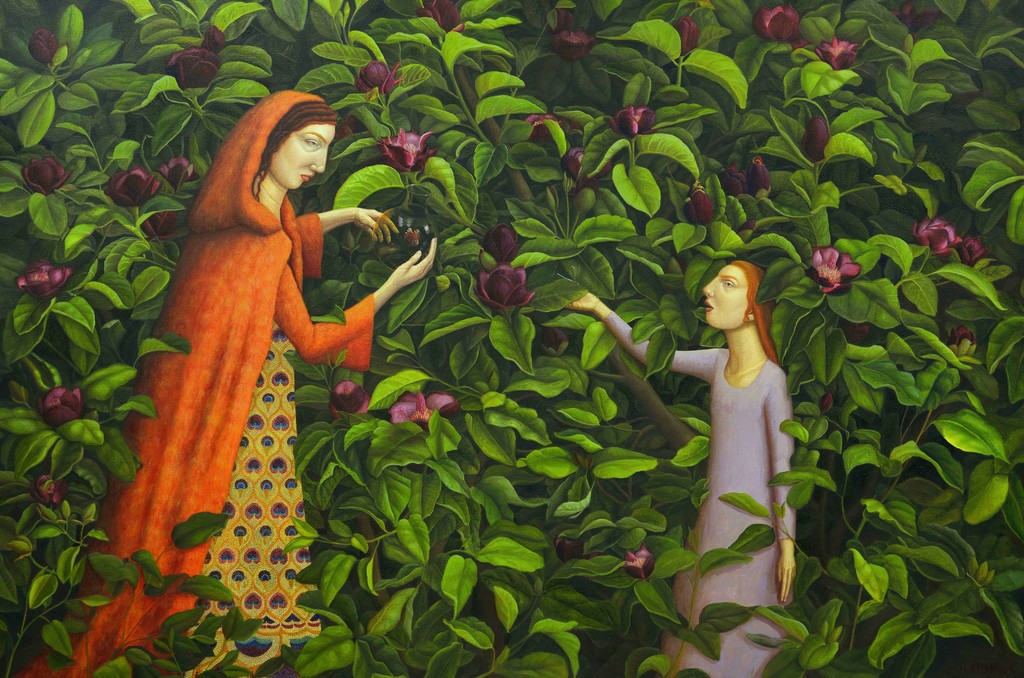 Arusha Gallery will present a new collection of paintings for what will be Helen Flockhart’s first solo show in Edinburgh since 1991. Flockhart has been working on this new collection for the past year drawing upon inspiration from the story of Ceres and Proserpine.

“I became interested in the story of Ceres and Proserpine after seeing an image of Watteau's painting “Ceres". Ceres was the Roman goddess of harvest, Proserpine her adored daughter. The story goes that one day Proserpine was captured by Pluto and taken to the underworld. It seemed if you ate in the underworld you could never leave. It was discovered that Proserpine had finally succumbed to hunger and eaten some pomegranate seeds. However a bargain was struck that she could leave, but only for half of every year.
When she had disappeared, crops failed and plants withered as a broken hearted Ceres searched fruitlessly for her daughter. When Proserpine returns, plants begin to grow again, hence when she comes back to the world spring arrives, when she retreats to the underworld autumn and winter fall. It is an ancient story constructed to make sense of the seasons, of the cycle of life, death and rebirth. In Flight, Proserpine is making her escape from the underworld. The flowers in the background do not simulate plants which exist, they are crafted from my own imagining. I think of them as pod like, as they grow up they ripen and burst into what could ambiguously be flower or flame. I've always found pomegranates potent both visually and symbolically. Redolent of flesh and sinew, their essence oozes lustily from a burnished casing. It is an almost alarmingly fecund fruit. Woven through the myth are my own meditations on youth and ageing, fertility and decay, innocence and experience, and the bond between mother and child. “ Helen Flockhart, 2017.

Helen studied painting at Glasgow School of Art in the 1980’s and then at the State Higher School of Fine Art in Poznan, Poland. She has since made a name for herself as one of the most highly regarded painters working in Scotland today and has work in collections including Glasgow Museums, The Fleming Collection, Scottish Arts Council, and the City Arts Centre. Flockhart has been awarded several prestigious grants and awards over the span of her career, most notably she won First Prize in the Noble Grossart Award in 2000, and was awarded a grant in 1992 from the Pollock-Krasner Foundation in New York. Helen is a regular exhibitor at the Royal Scottish Academy and the Royal Academy Summer Exhibition, London as well as the Royal Glasgow Institute where she was elected a professional member in 2014. Having contributed to many group shows over the past twenty years throughout Scotland, London, New York and Canada and having had sixteen solo exhibitions, we are delighted to present In the morning it is green which will be Flockhart’s seventeenth solo show.