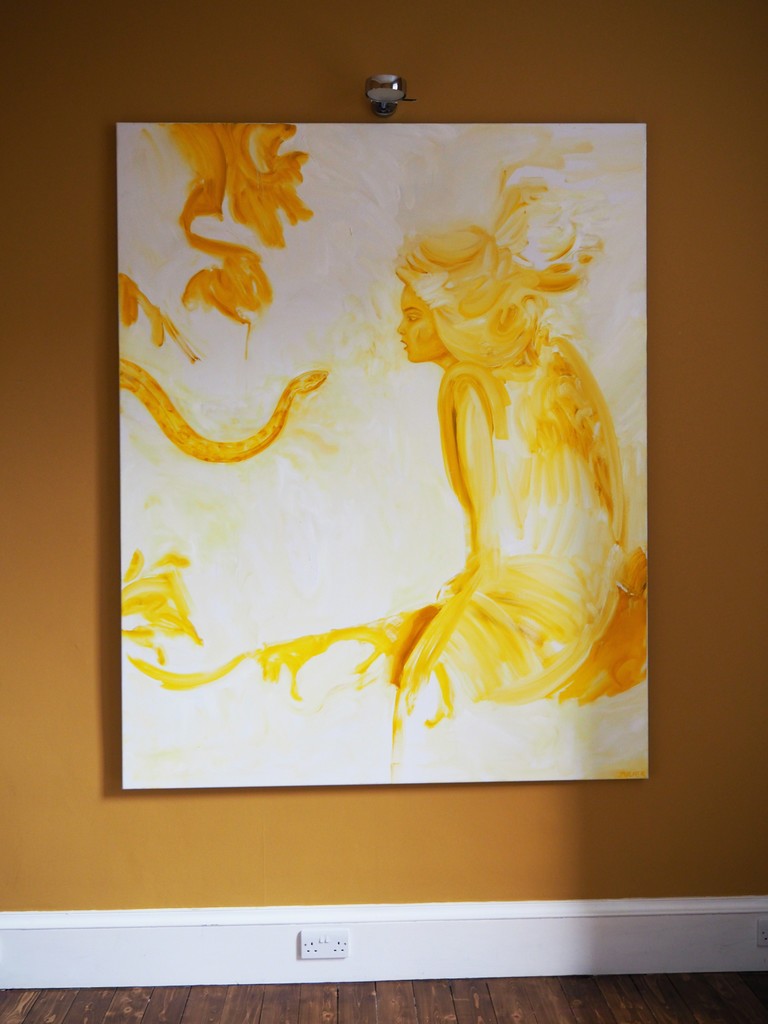 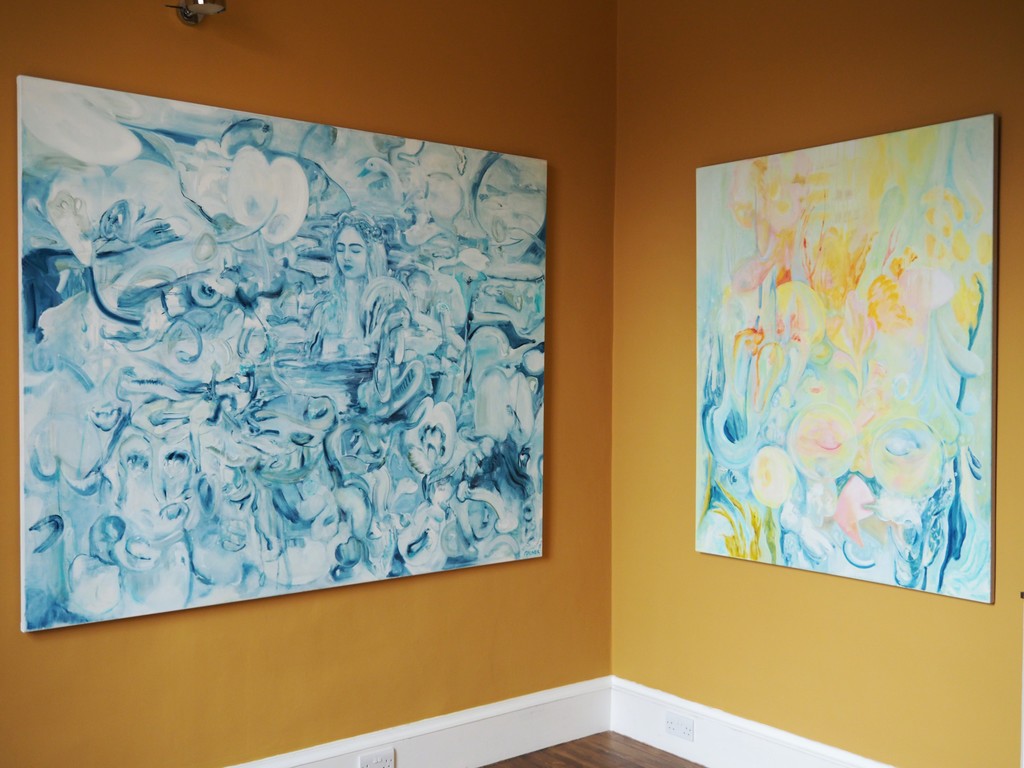 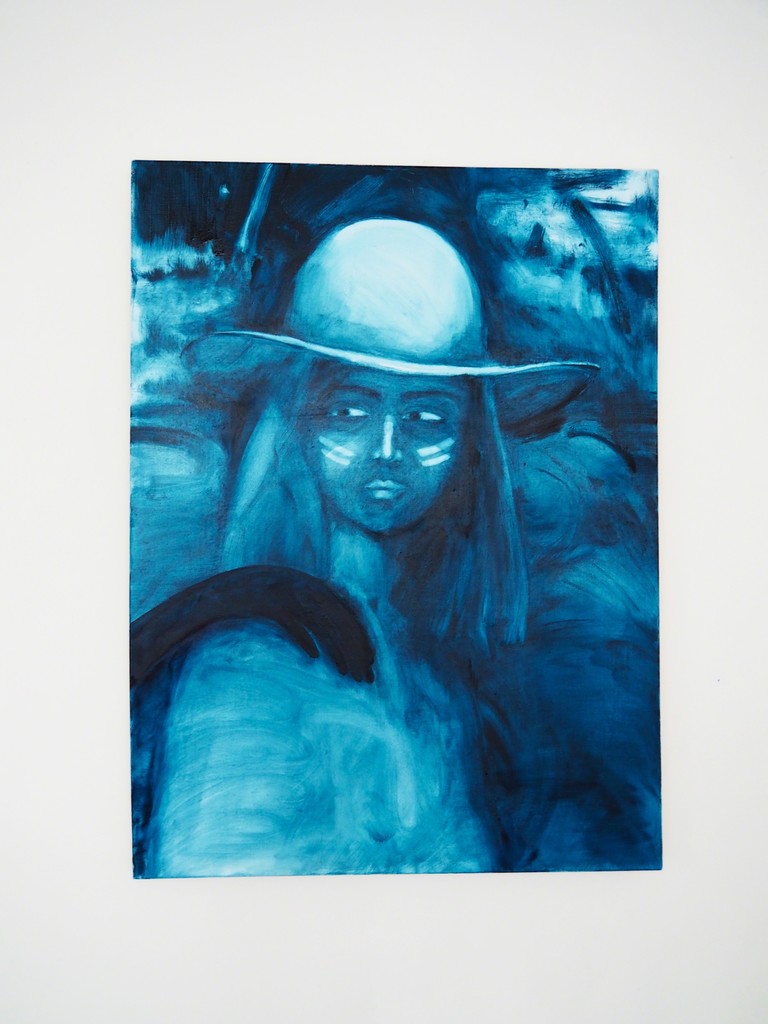 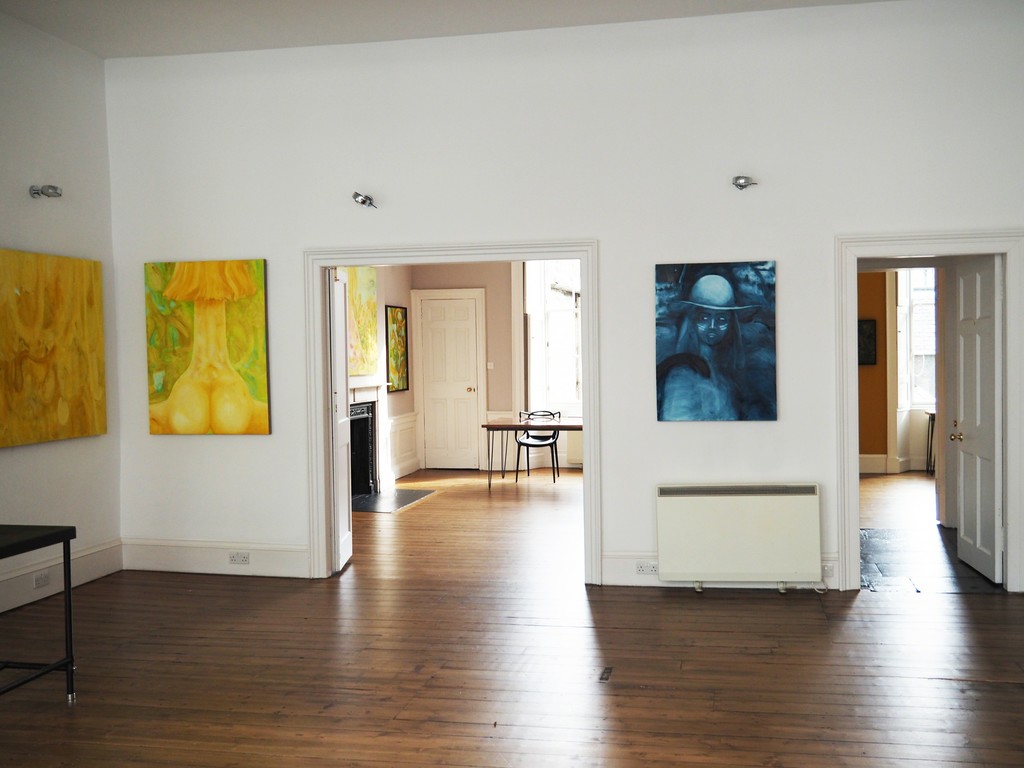 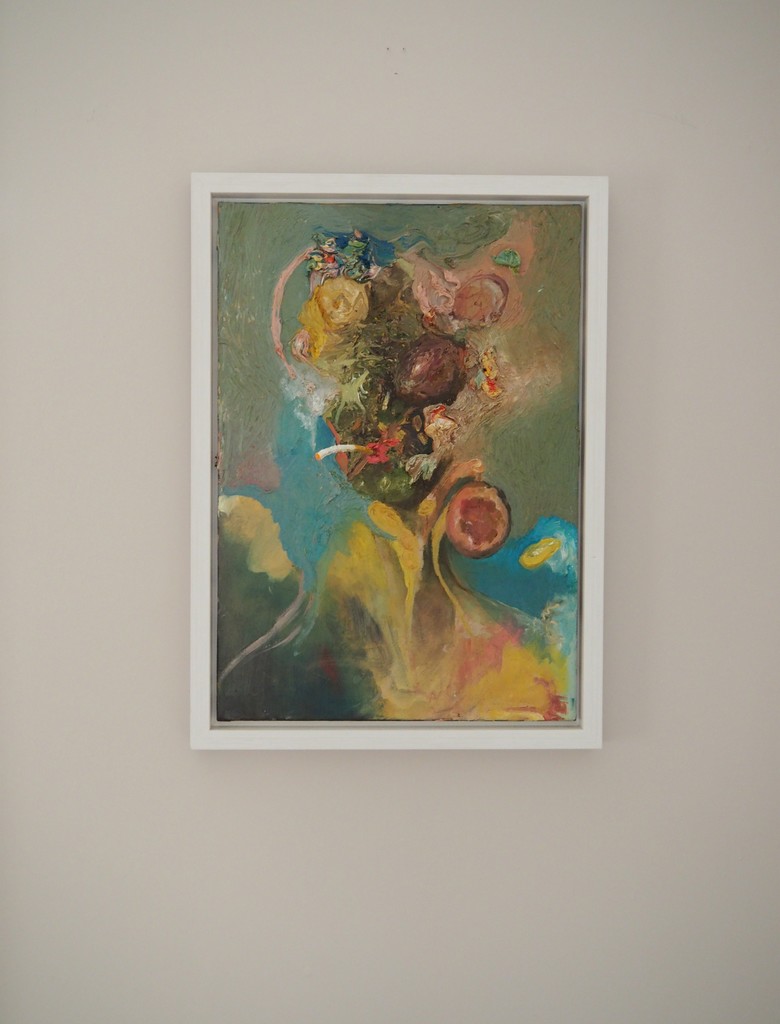 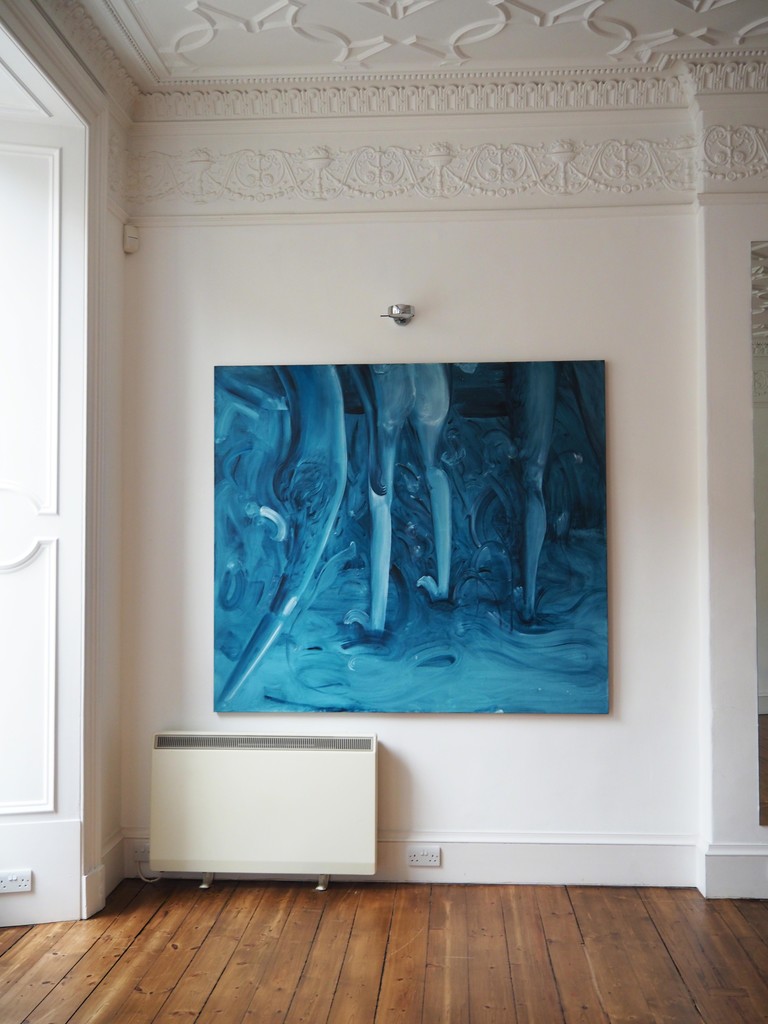 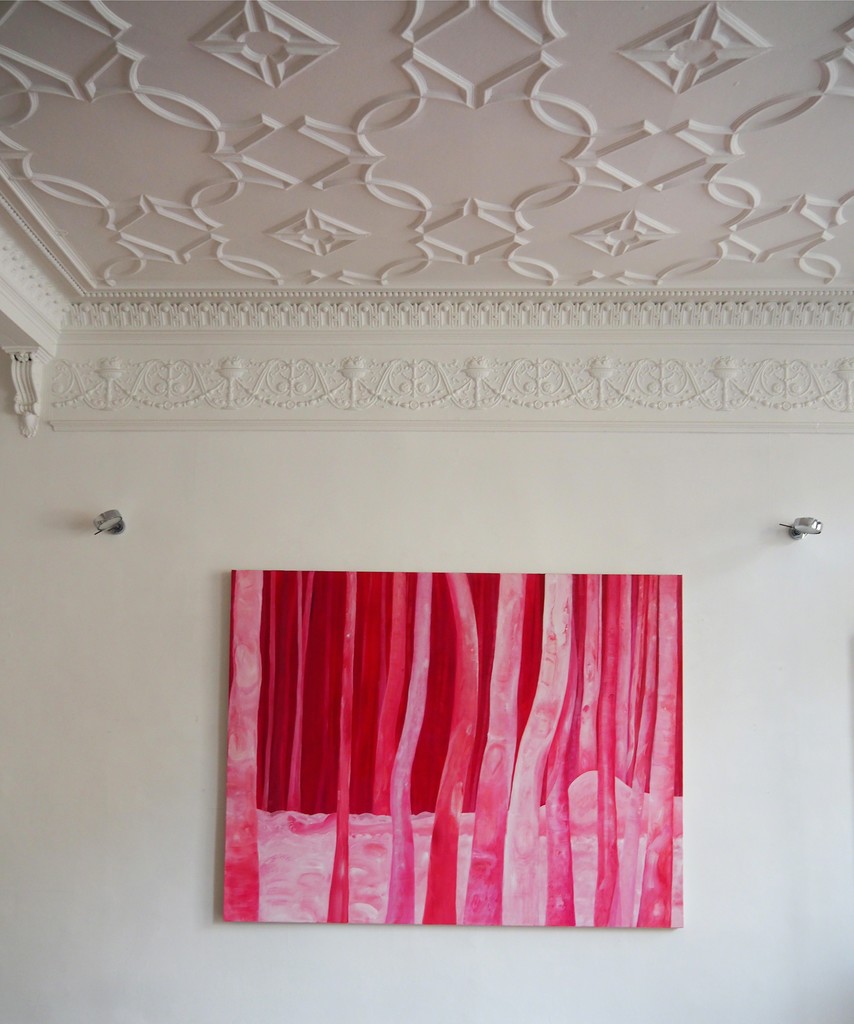 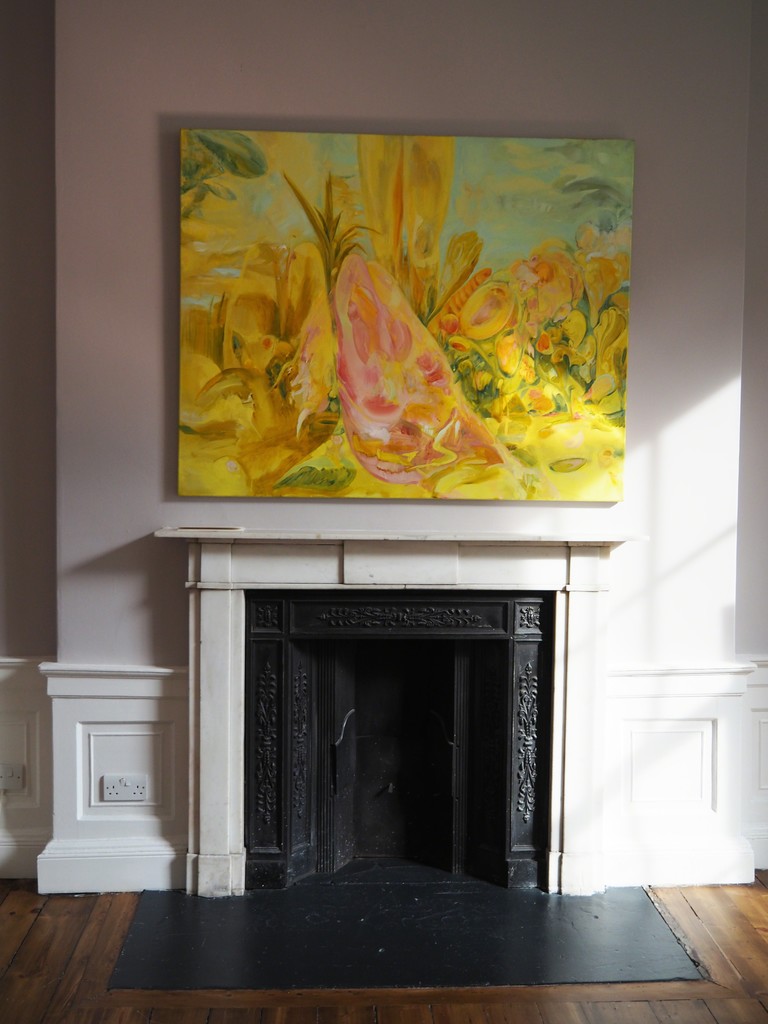 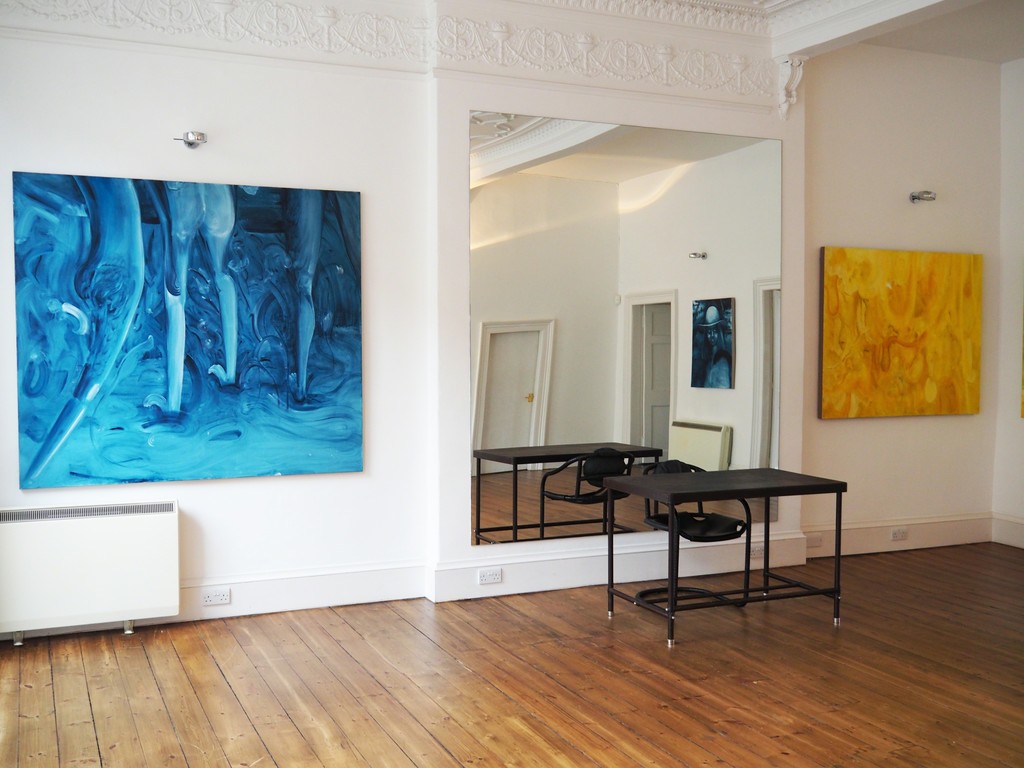 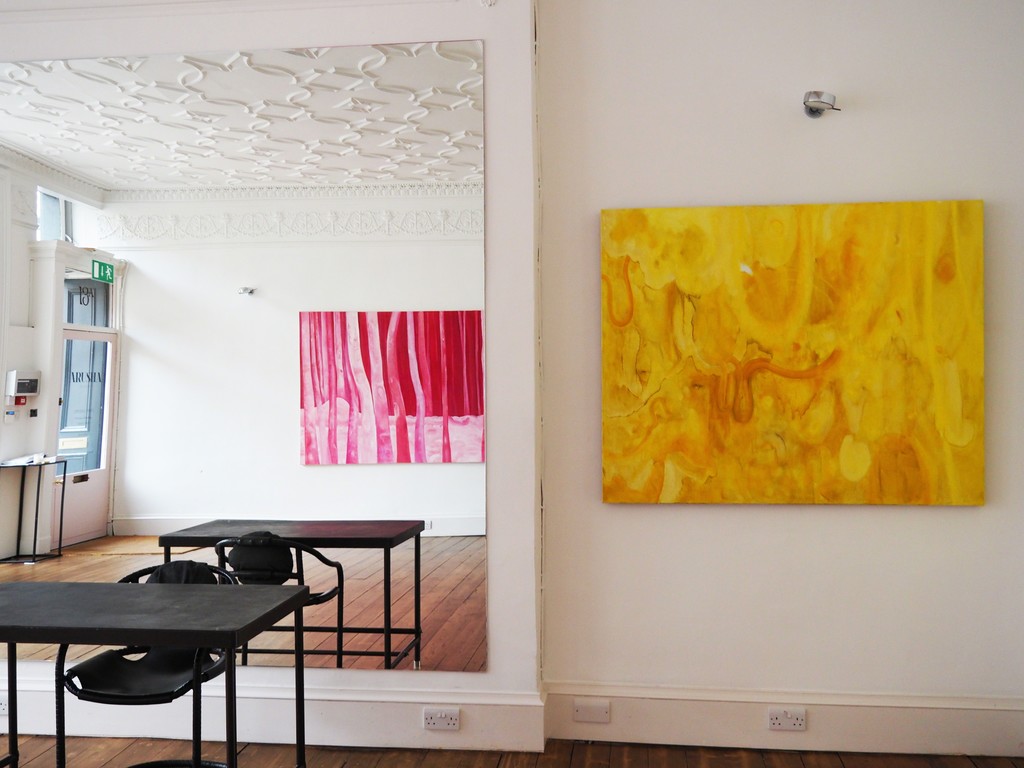 ‘A group of women wander naked into a midnight field, curling their paw like feet into the long-grass....pink birch trees guard a fallen sleepwalker at sunrise...a daydreamer floats down a river of her own thought forms.... Plagued by wanderlust, lost in the natural world and suspended in dream like consciousness, the women of Sleepwalkers portray heightened emotional states of being through their transcendental encounters with nature. Just as the sleepwalker merges the sleeping and waking world so the painter must find its line to walk. The lucid dreamer can steer the direction of the dream but never the dream itself. The same is true of the painter , who with one foot in the waking world and one in the dreaming must also learn its place in the balance of control and happenings.' S Milner, 2016.

Sophie’s paintings hold a place between abstraction and figuration, drawing the viewer into a painterly plane evoking the botanical, human or anamorphic forms. Her paintings are the result of a process of deep contemplation, emotively driven and come from an exploration of spaces true to neither life nor memory, moments in-between dreaming and waking. The painterly act of applying layers of colour to the canvas, shifting and changing the forms and shapes to explore our relationship to self through the solo act of sitting, painting and reflection is at the core of her ideas for this show.
London born and based, Sophie Milner studied at Chelsea College of Art and the University of Edinburgh gaining her MA Fine Art in 2010. Milner has since exhibited in group shows in Edinburgh and London, has completed The Owl Barn Residency in 2013 and most recently exhibited at Art16 as part of Arusha Gallery’s presentation at Olympia London.
Sophie is also known for her album cover artwork which include Mumford & Son’s, Laura Marling, Rachel Sermanni, Emily and the Woods, and Pete Roe. In 2011 she held her first exhibit of music related artwork with the cult roots music night Woodburner. Later that year she was commissioned by Mumford and Sons to embellish an antique piano for an installation in London’s Hyde Park. In 2015 she exhibited her first solo show of her fine art paintings in Spilt Salt at Studio 1.1 in London. Sleepwalkers will be Milner’s first solo exhibition in Scotland.