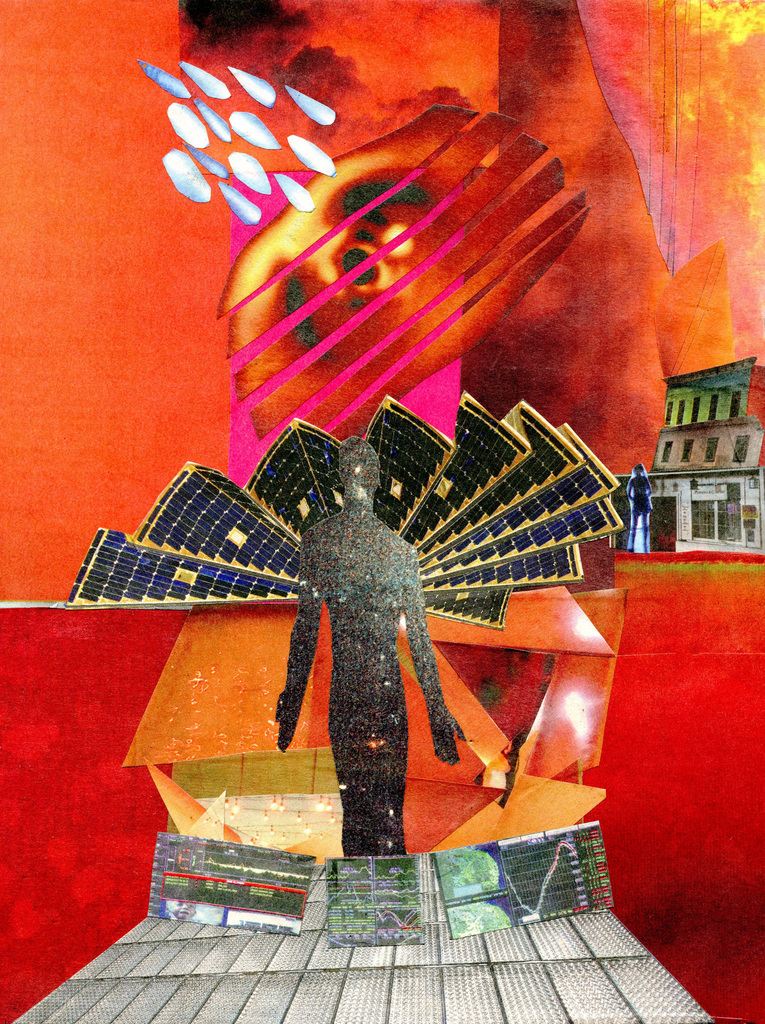 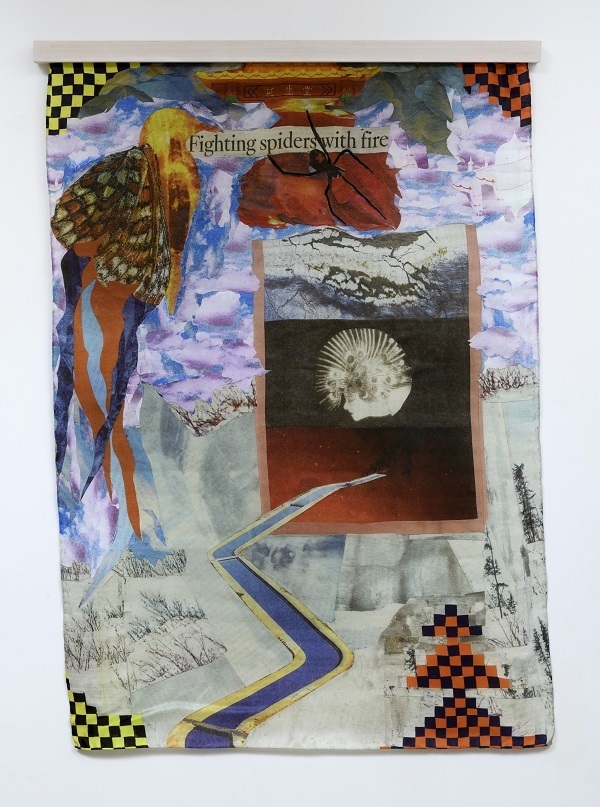 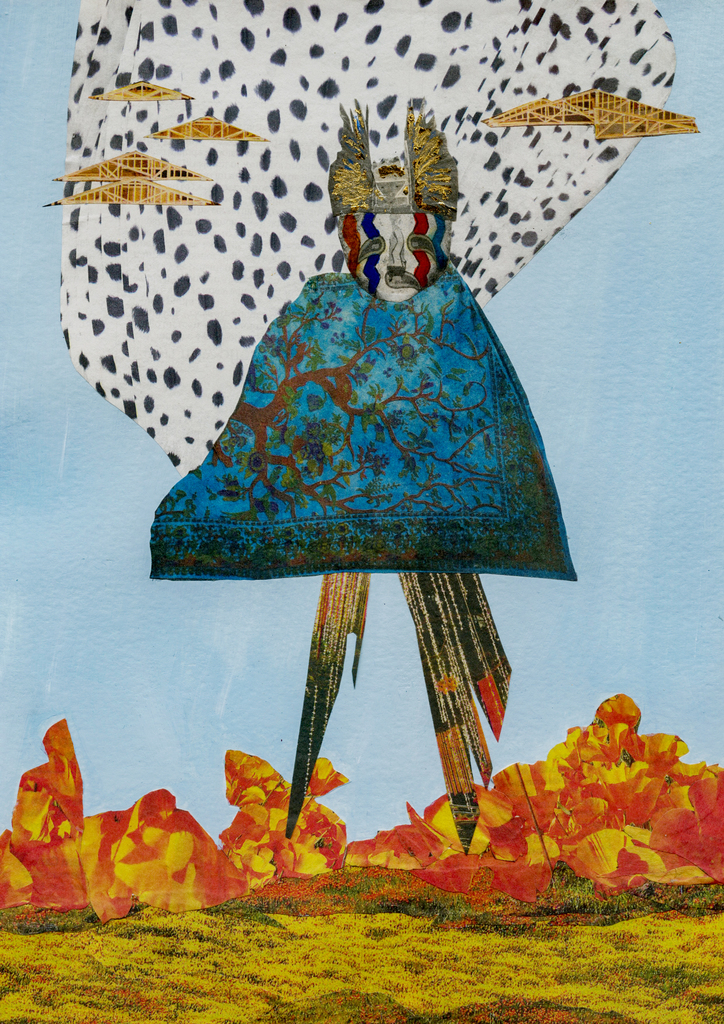 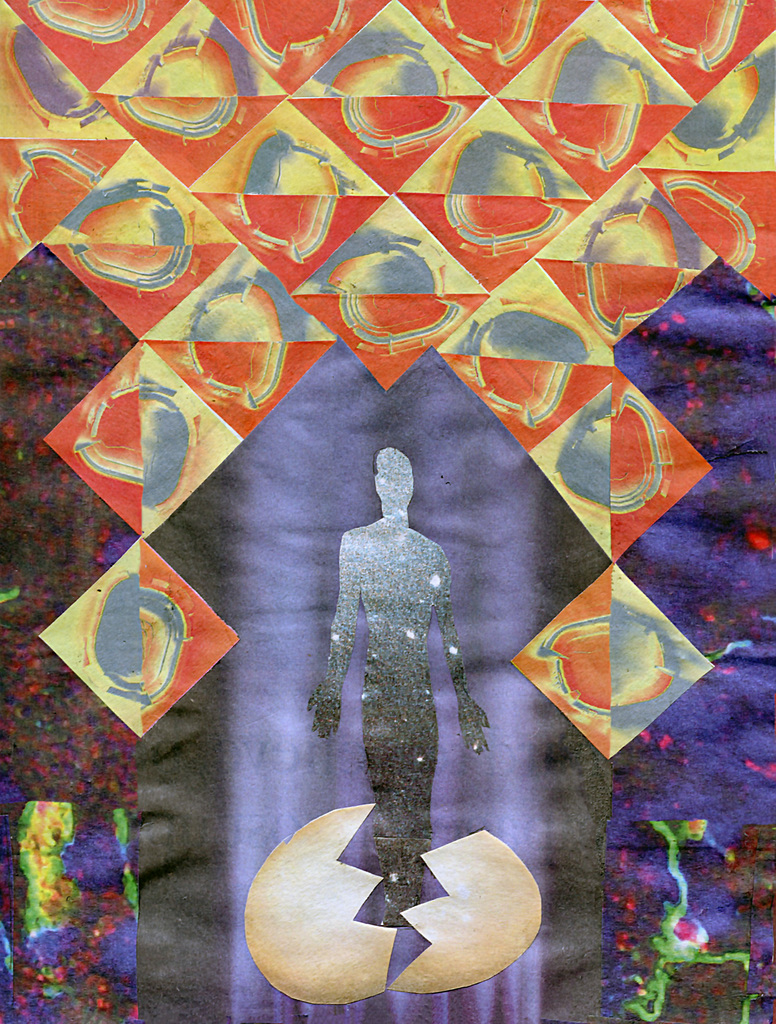 Surrounded by my archive of collage pieces and my own photography, which I add to on a daily basis, I assemble characters into scenes as though I'm assembling a jigsaw puzzle without a picture on the box. In a span of time I will see that there is a theme or story to a group of works. It is not unlike naming a pet after you've been around it a few days.
With the Alien Heroes series, I see characters from other worlds and lost shamanic beings that were buried by conquest but exist in the ether outside the perpetual motion of our day to day lives, waiting for the right moment to return. The Alien Heroes are my own cast of super heroes who have come to show us a path to other worlds as our last frontiers disappear.
Printing them on silk allows them to react to movement and breeze, which gives them a lightness of being.
Robert Schwan lives in Venice, California. He works in photography, collage and video. He also operates Prizefight Records, an independent record label.