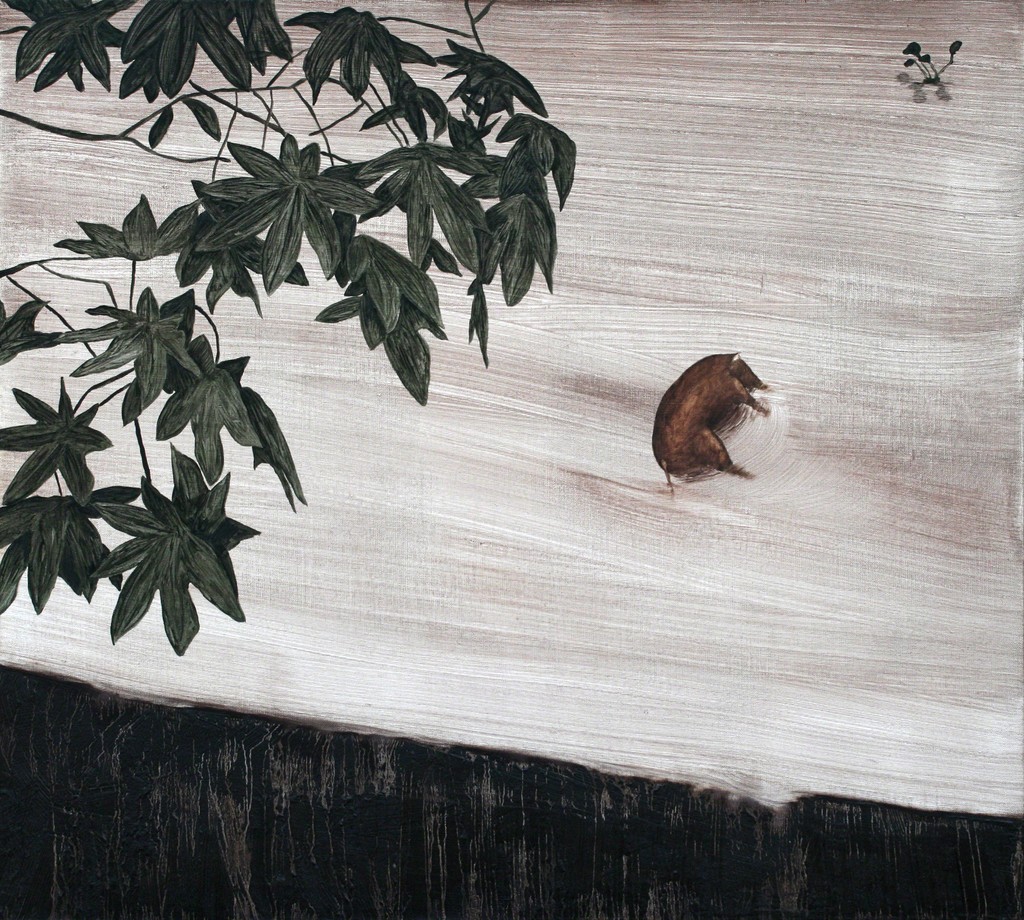 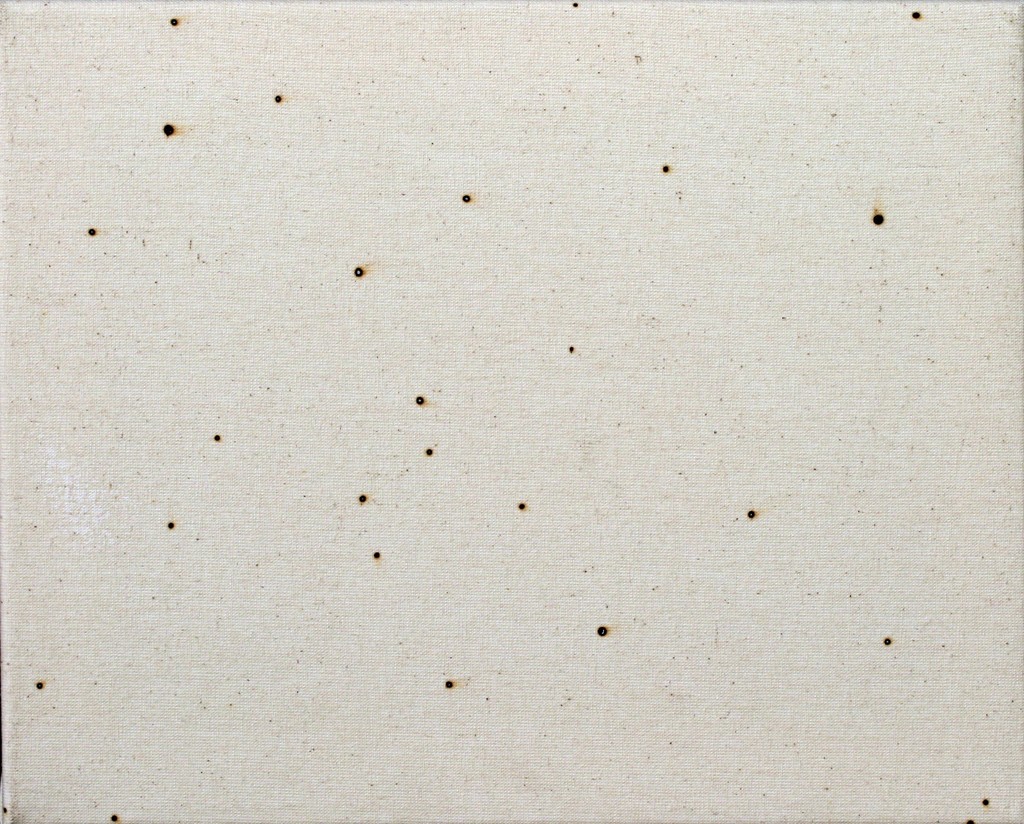 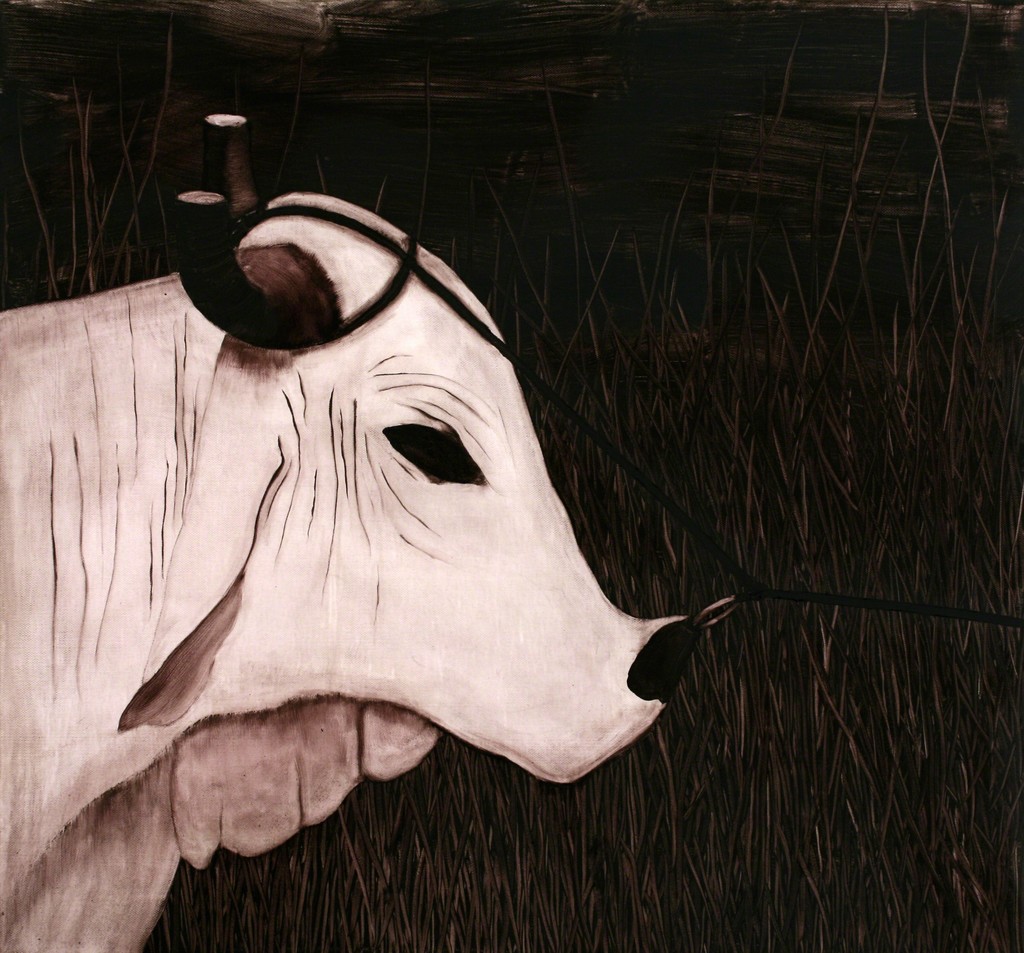 The Burning Heart: The Cuban and the Eighties-Inspired Cycles of Paintings by Jarosław Jeschke

The Cuban cycle of paintings by Jarek Jeschke bears hardly any signs of the Latin American Baroque that is announced in the title of the exhibition, Heartburn, held at gallery Assembly in Berlin (23-25.06.2017 during 48 Stunden Neukölln; Curator: Katarzyna Kucharska). Their form does not denote fascination with Cuba's exotic aesthetics. The stories they depict are scarce and condensed. Without the filter of rusty sepia, which is often applied in tourist pictures of this country, Jeschke’s paintings reject nostalgia and resentment. Strikingly grey in tone, they bring to mind the spirit of communist blocks of flats, whose façades the artist painted in colour a decade ago. This slightly macabre Cuban images, whose style here and there resembles urban fantasy rather than cheap aesthetics, are accompanied by paintings inspired by the 1980s. They convey the atmosphere of coldness, terror and intimidation that prevailed in communist Poland – the time of the artist’s childhood.
The names of Cuban cities, which the artist visited together with a journalist, Agnieszka Hałas, during his two-month scholarship are the key to the cycle inspired by the journey. As they say, the purpose of the expedition was ‘to study how art works in a totalitarian system, how artists exist in this system and, finally, how ordinary people live in a communist country.’ Although Jeschke’s imagery, which is close to graphic art, sometimes seems to have the descriptive function in his paintings, it does not contain ethnographic knowledge. The concept of the exhibition, supplemented by images referring to the 1980s in Poland, echoes the words of Ryszard Kapuściński, who once wrote that ‘what is happening in Central and Eastern Europe today is a repetition of the socioeconomic processes typical of the Latin American model’. The ‘delay’ of our part of the world with respect to Cuba, about which this outstanding Polish reporter once wrote, seems to be the key to the understanding of Jeschke's paintings and his fascination with the territory of this distant country. To put it more precisely, thanks to his historical awareness, the artist gives up the colonial attitude of a privileged outsider.
Jeschke adopts a more honest attitude towards history and replaces the progressive concept of ‘delay’ with the idea of ​​‘shared time’ to show how the past penetrates the present. The observations of the long-lasting fall of the regime from the perspective of an artist born in a post-communist country are more reliable and interesting as the painter recognizes the complexity of the historical experience. At the same time, in order to depict a sense of community and differences, the artist had to think in terms of discontinuities. This bring to mind Foucault’s concept of transformation and his search for a medium by which ‘the interplay of transmissions, resumptions, disappearances and repetitions’ is formed. In Jeschke’s works, this medium is formed by images, which are the expression of his subjective consciousness. Cuban socialism looks like a spectre which takes us again to the depths of the communist history of Poland. The artist remembers the political atmosphere of the late 1970s and the 1980s from his adolescence. The difficult continuum, which is the topic of the two cycles of Jeschke’s paintings, is co-created by the audience, whose role is to build links between the two realities. Our knowledge is therefore developed fragmentarily – in the dreamy atmosphere of the works presented and around the intriguing details exaggerated by the painter as if under the influence of the tropical climate. One mays also get the impression that some images hide a shameful ‘whole’ that is imprisoned in the artist's imagination. However, as the artist has adopted a conceptual approach to his own journey, the boundaries between presence and absence or the present and the past seem to be blurred. Consequently, they form a kind of image-based, subjectively rooted, hauntological complement of history in the here and now of the paintings.
In addition to paintings, the exhibition presents Jeschke's video works and monochromatic disco lights. Neither the colours of the revolution nor the bright lights associated with parties thrown in communist Poland are used to illuminate the exhibition.