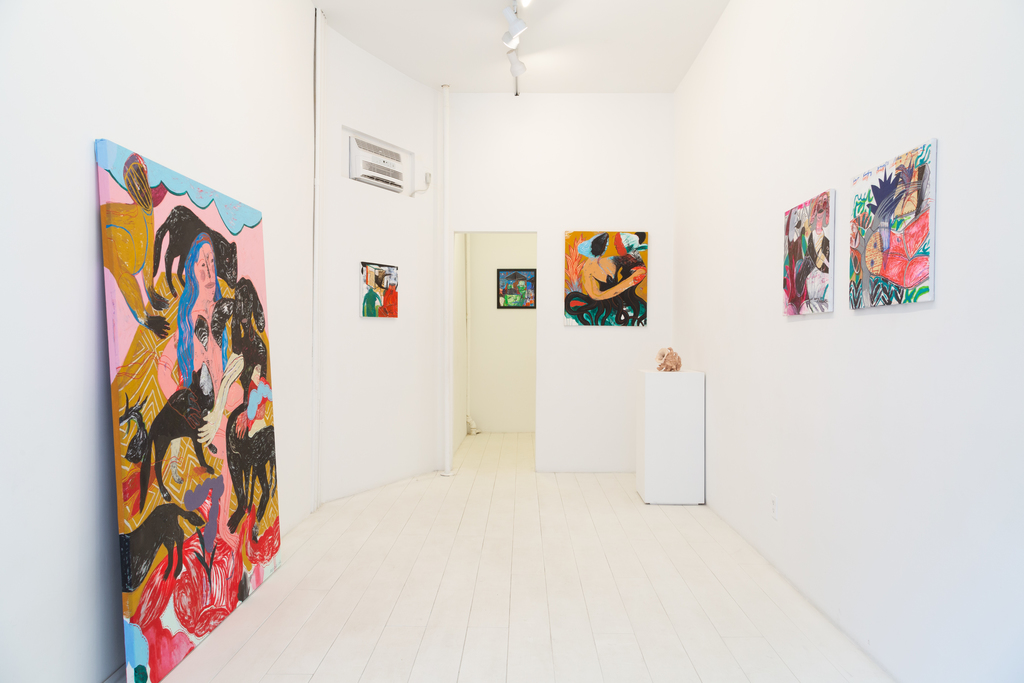 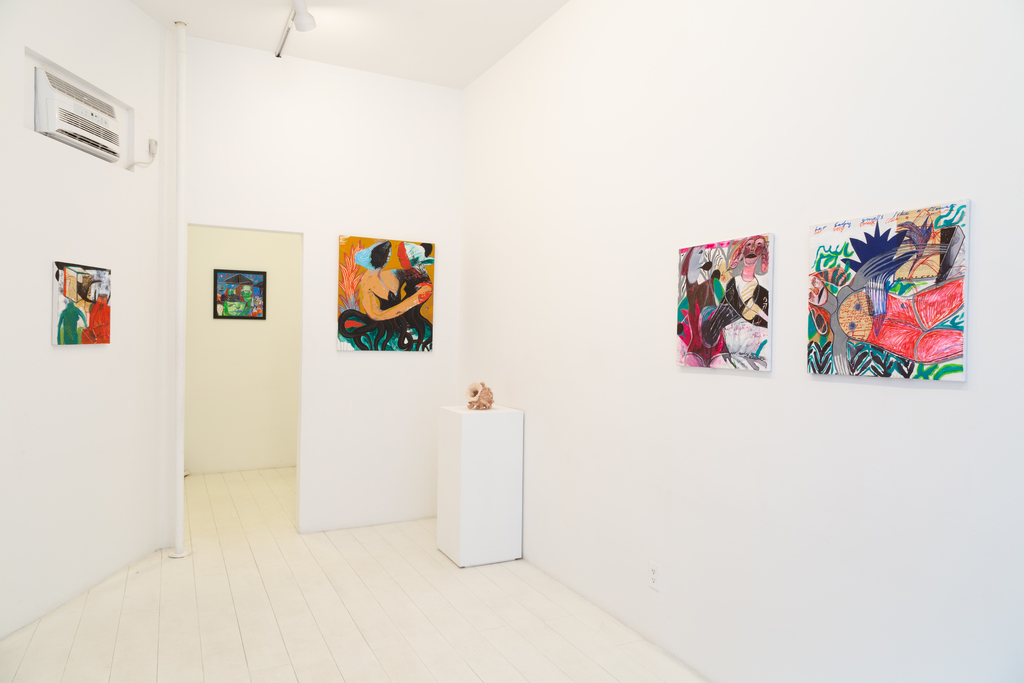 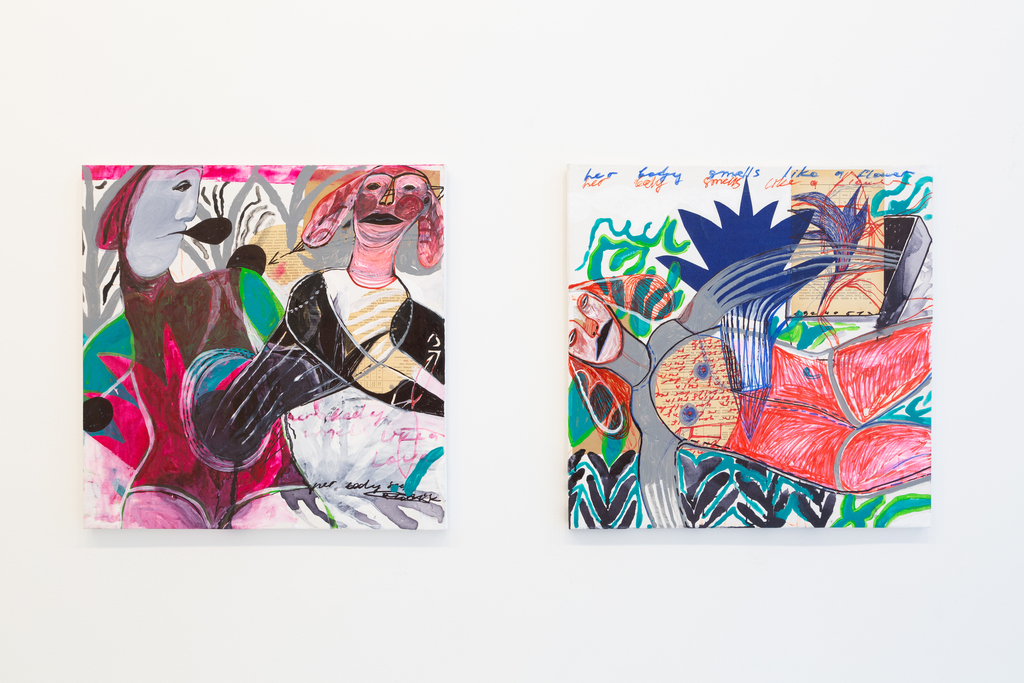 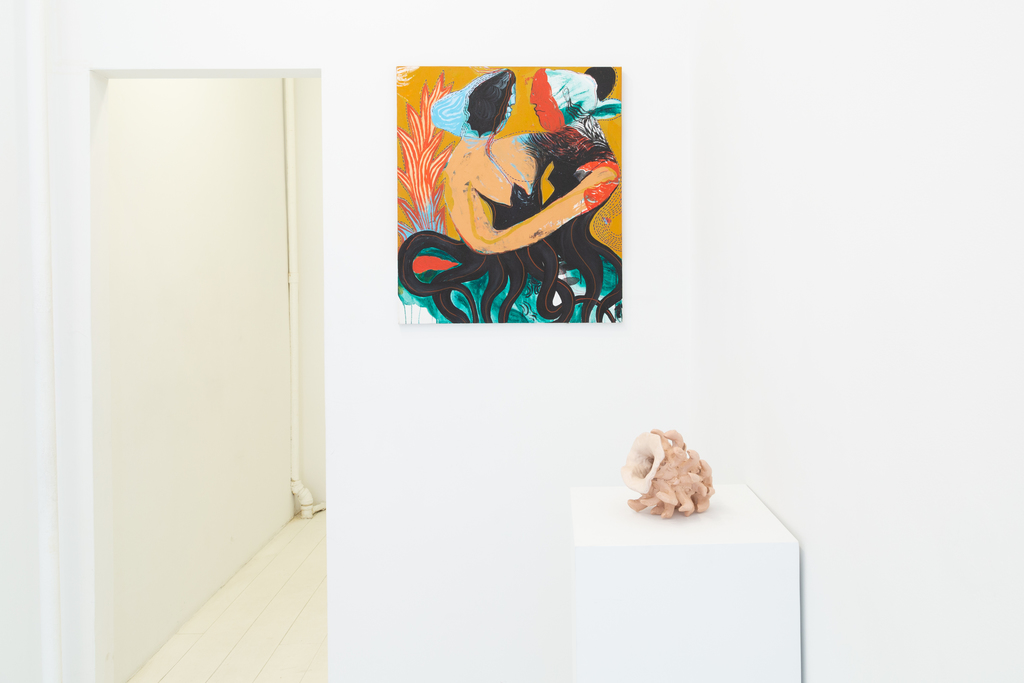 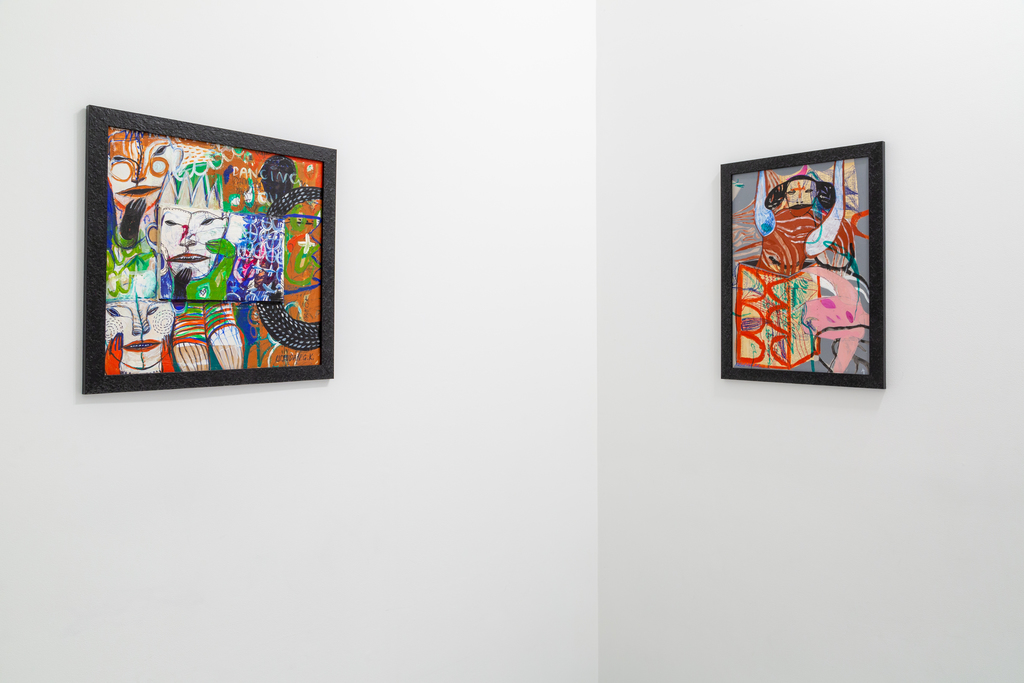 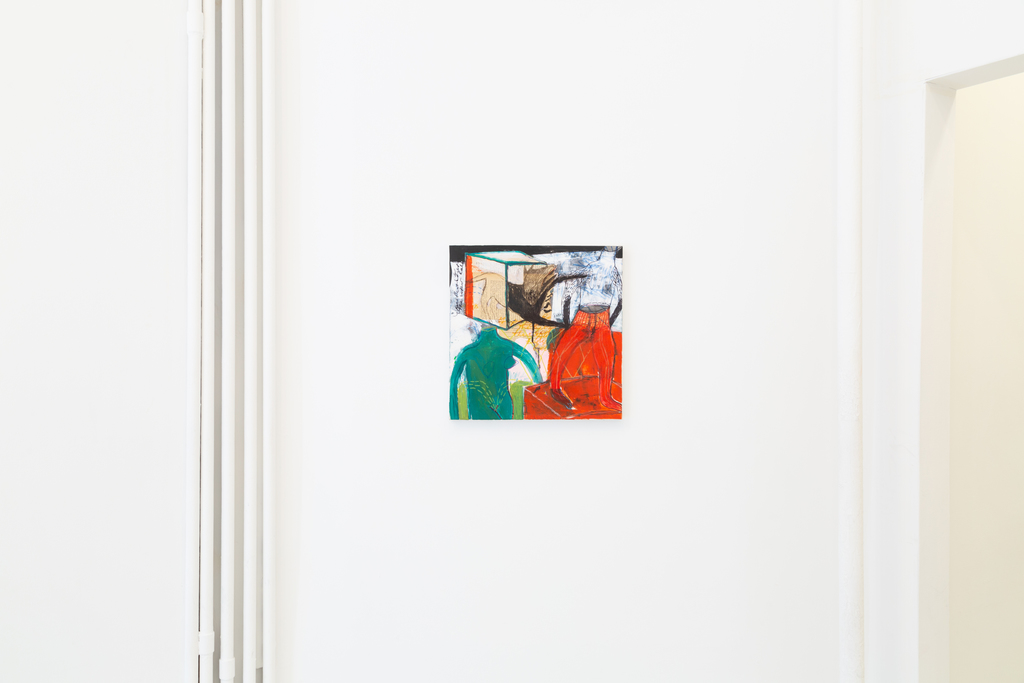 Assembly Room and Kunstraum LLC are pleased to present New York Meets Tbilisi: Defining Otherness-Part I, a group exhibition curated by Nina Mdivani, featuring works by Rusudan Khizanishvili and Juliana Cerqueira Leite, as part of the curator’s investigation into the contemporary Georgian art in dialogue with New York-based artists.

The first part held at Assembly Room, focuses on works of Tbilisi-based painter Rusudan Khizanishvili (Tbilisi, 1979) and New York-based sculptor Juliana Cerqueira Leite (Sao Paulo,1981), while the second part of this exhibition features 12 Georgian and American artists and will be held at Kunstraum LLC, both shows culminate Mdivani’s year-long curatorial residency at Kunstraum.

The main question this exhibition poses is how the phenomenon of Otherness is defined when examined in relation to two different cultures and understandings of the world, as well as considers onlookers’ reactions when experiencing Otherness in the form of a person different from their own race, orientation, or background. Another subtler dimension of this important fundamental question is how Otherness is encountered within one’s own persona, whether it be in the form of prejudice or shared historical and collective memory.

As Georgia has been undergoing significant transformation within the last thirty years, the country has to recognize its Soviet past, along with the mechanisms that have helped it to survive for centuries. Georgian art has mirrored this journey, at times reverting to mimicry through a Soviet or Western visual language, and at other times by producing strongly authentic work. Similarly, Otherness is experienced at many different levels in the United States that have led in the past to racial violence as well as to intra-cultural consensus.

The two artists presented in this exhibition work on the same theme of Otherness while producing two different and strong reactions, either of fear and hence a desire to dominate or of infatuation and hence a desire to own. As two women examine this theme through the mediums of painting and sculpture, they share an understanding that both of these impulses are strongly influenced by overarching patriarchal structures based on the philosophies of Darwin and perpetuated in colonial discourse.

Khizanishvili uses her exceptional palette and vibration of primal colors to examine the dissonance present in contemporary society. Her canvases are populated by mysterious beings that lack ethnic Georgian attributes and resonate with more universal, archetypal meanings. One finds bodies of ancient goddesses and schematically portrayed stones melting under the heaviness of human histories. By assembling these fragments and then breaking them apart to be later reassembled into new fantastical beings, Khizanishvili mirrors the globally present feeling of ambiguity, fluidity, and distortion even more valid for her native country. In order for a woman to seize the identity of the Other in relation to the wider world, we women and representatives of ‘alien’ cultures, need to become like the structure that holds the power.

Cerqueira Leite’s evocative clay objects function as evolutionary permutations or collection of sensory organs. By abstracting and manipulating separate parts of a head, her objects become representative of a category, rather than of a person, through the artist’s intentional failure to convey subjectivity. By creating new species, Leite’s works speak directly to Khizanishvili’s metaphors, referencing the transition from the Other to the Undesirable. Both artists’ works need to go through a transformation in order to become acceptable, more understandable, more conforming; yet Cerqueira Leite intentionally allows them to exist as ‘failed heads.’ In her work, she sees Otherness as a concept tied to the female body and dominant narratives of the Western world. By expressing otherness as bodily porosity, instability, and hybridity, she achieves a distorted reiteration of global society.

This exhibition brings together two distinct artists who come from the same generation and frame of mind while residing in two different parts of the world. Yet, they both investigate the failure of communication and desire, of meaning-making projections in the context of patriarchal and Western-oriented values. The visual language of art, as demonstrated by their respective practices, could and should empower us.

Nina Mdivani is interested in visual art as an ongoing, global process and expansion of contemporary feminist art that simultaneously enlarges our visual and cerebral boundaries. Both shows are Nina final presentation as Curator-In-Residence at Kunstraum LLC, the second part being held at the Kunstraum Brooklyn location from March 1st – April 5th.