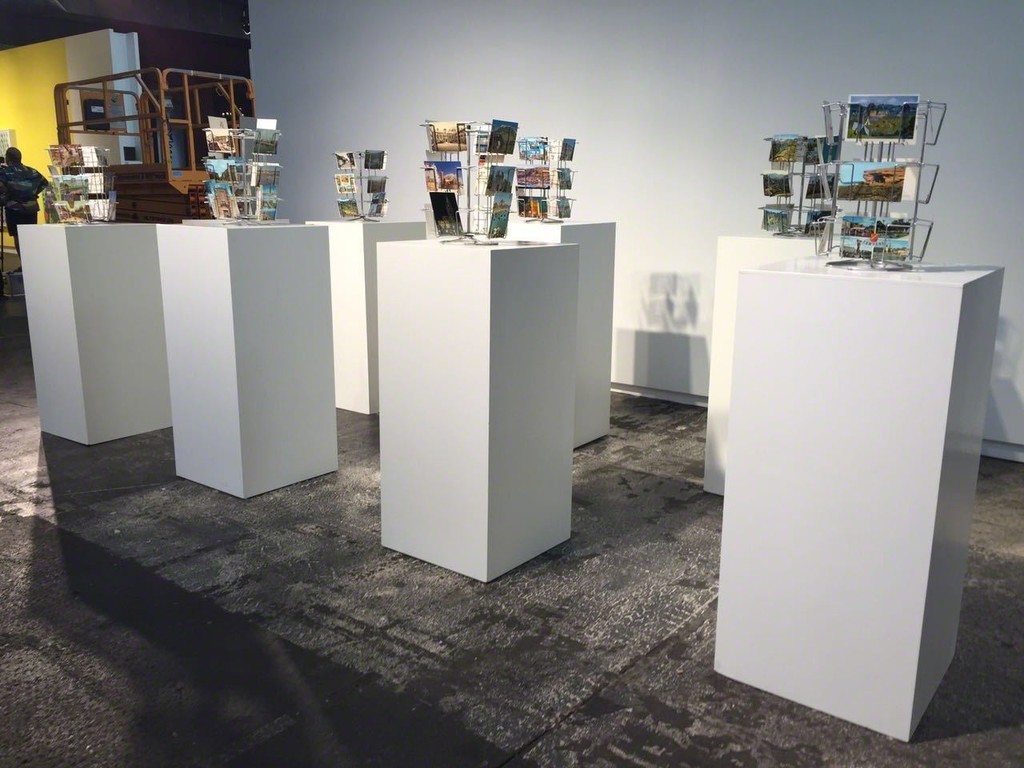 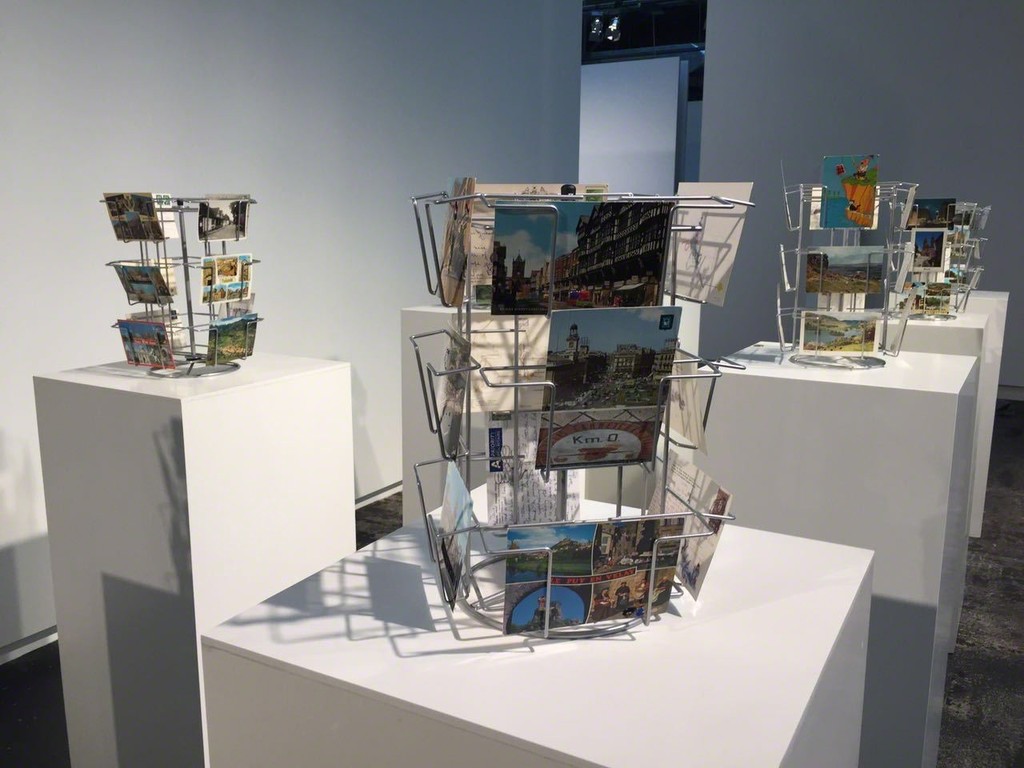 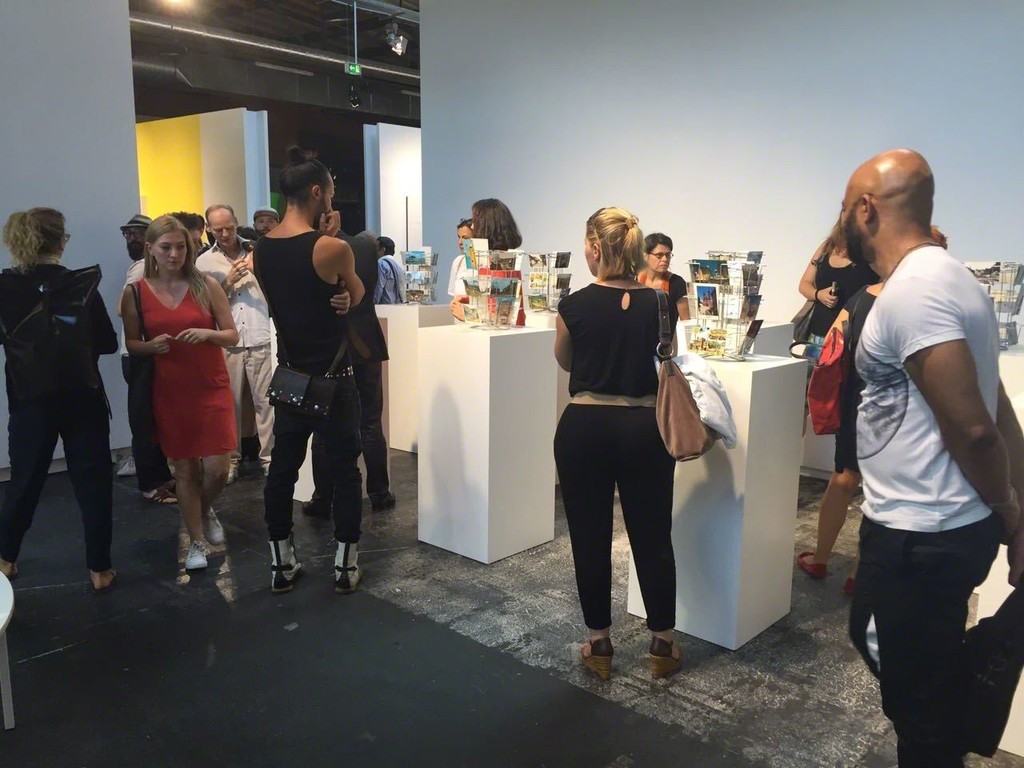 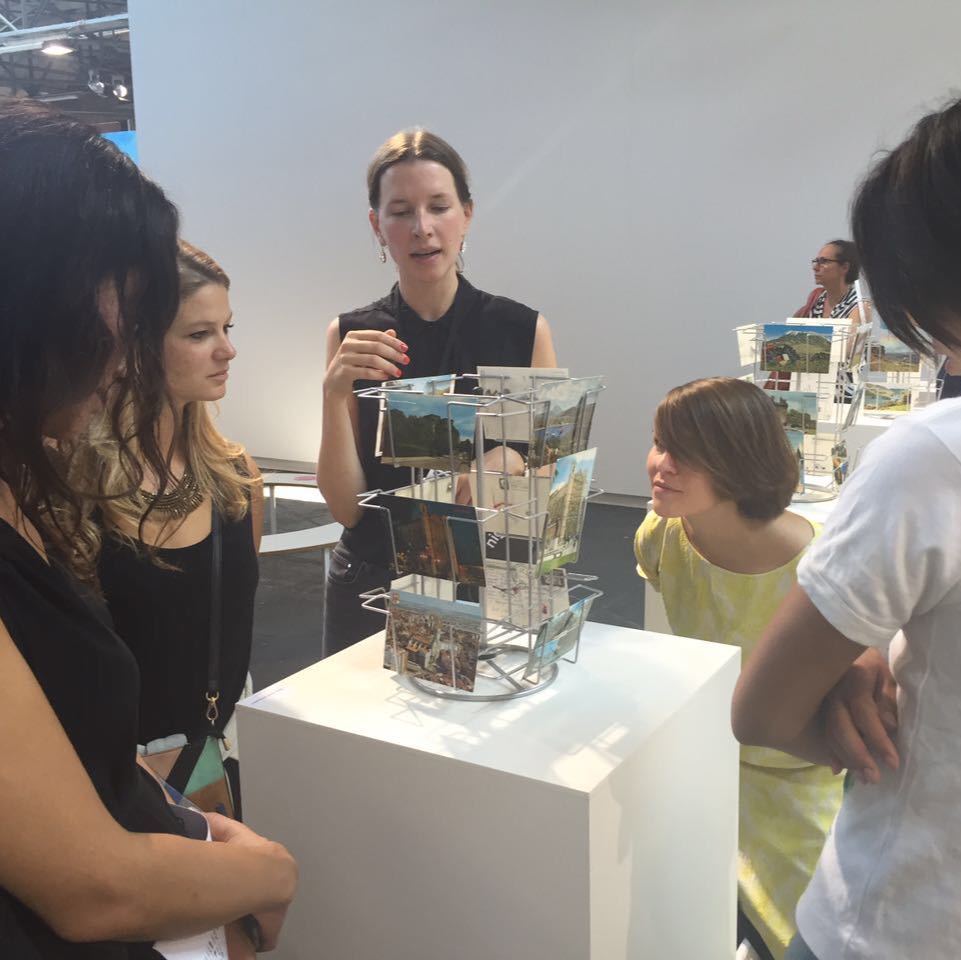 Aya Haidar’s Wish You Were Here series is a collection of 100 used postcards from across Europe, which are doctored using hand embroidery. Each subtle intervention presents a social commentary reflecting the current landscape across the region.

Postcards serve to highlight the beauty of a city or landscape yet never seem to present the whole reality. The composition of the postcard images are so well framed and immaculate that such embroidered interventions serve to broaden the lens towards a more realistic insight of the current socio-political context. Beautiful shots of the Mediterranean coast are carefully altered to include rubber dinghies carrying refugees towards shore or gorgeous piazzas play host to a multitude of tented settlements or protests.

The embroidered additions take such stagnant images and pull them into a current discourse of border politics amidst an ever escalating refugee crisis. The title, Wish You Were Here, has a direct relational association to postcards and highlights the link that postcards have to 'home' or a sense of 'longing for home'. The irony of the pun intended, that someone would 'wish they were there' when considering the stark reality of what is being represented. Each embroidered postcard is unique and presents its own narrative. They are presented as an installation, onto rotating postcard stands, for the audience to navigate around and intimately view and reflect on the reality that each postcard presents.

Aya Haidar (b. 1985) graduated with a BA in Fine Arts from the Slade School of Fine Art in London and completed an exchange at the School of the Art Institute, Chicago. Following this, she achieved an Msc in NGOs and Development with Merit from the London School of Economics and Political Science.

Haidar is a Lebanese multimedia artist, whose work focuses on the use of found and recycled objects in order to create poetic works exploring loss, migration and memory.

Her most recent solo exhibitions, titled Year of Issue (2014) and Behind Closed Doors (2011) were shown at the New Art Exchange, Nottingham and Bischoff Weiss Gallery, London, respectively. Her most recent group shows, I Spy with My Little Eye (2015) curated by Sam Bardaouil and Till Felrath was shown at Mosaic Rooms in London and Casa Arabe in Madrid (2016); Stitching Cyborgs (2014) featured works exhibited at Contemporary Arts Platform, Kuwait and A'Rebours (2014) at Bischoff Weiss Gallery, London.

She currently lives and works in London.