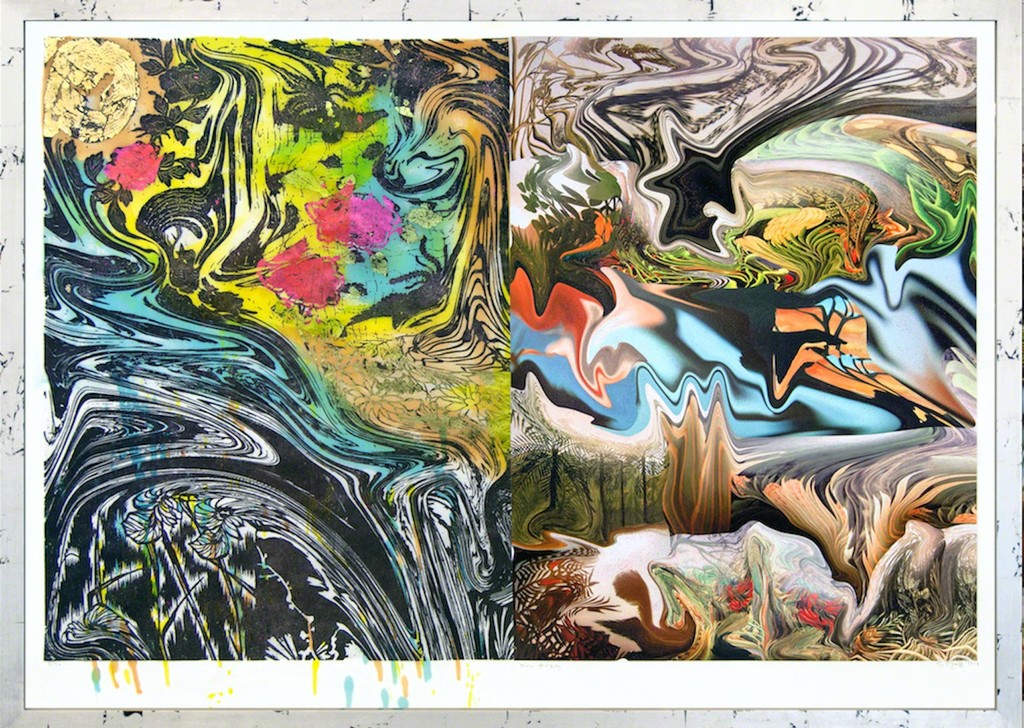 Due to popular demand we are excited to extend our current show with renowned artist Judy Pfaff through June 16! Inspired by her recent journey to India, this breathtaking exhibit features remarkable new works by one of our most acclaimed and collectable living artists. Come see us during business hours—Thursday through Saturday from 10am to 5pm—or call and set an appointment to come in at your convenience. You won’t want to miss experiencing these inspirational new prints in person. We look forward to seeing you soon!

Born in London, Judy Pfaff moved to America at the age of thirteen. She received her B.F.A. from Washington University and her M.F.A. from Yale University. Her innovative installations, sculptures, drawings, and prints have brought her wide acclaim from galleries and museums throughout North America, Europe, and Asia, and her artworks are included in prestigious public collections, including: the Detroit Institute of Art, the Museum of Modern Art in New York, The Whitney Museum of American Art, and the Philadelphia Museum of Art. Among many other awards and accolades, Pfaff was named a MacArthur Fellow in 2004, and was featured in PBS’s Art 21 in 2007. She recently received a Lifetime Achievement Award from the International Sculpture Center in 2014 and a National Academy Award for Excellence in Sculpture in 2015. Judy Pfaff lives and works in New York City and Kingston, New York.

From the beginning of her career in the 1970s, Pfaff has employed a wide and highly creative range of materials and artistic approaches. Much of her work is influenced by her travels throughout the world, and this recent series of prints was inspired by a recent trip to India. Enthralled by the vibrant and intricately patterned Kantha blankets she discovered there, Pfaff brings the language, spirituality, and beautiful, subtle contrasts of India luminously to life in these extraordinary new works.