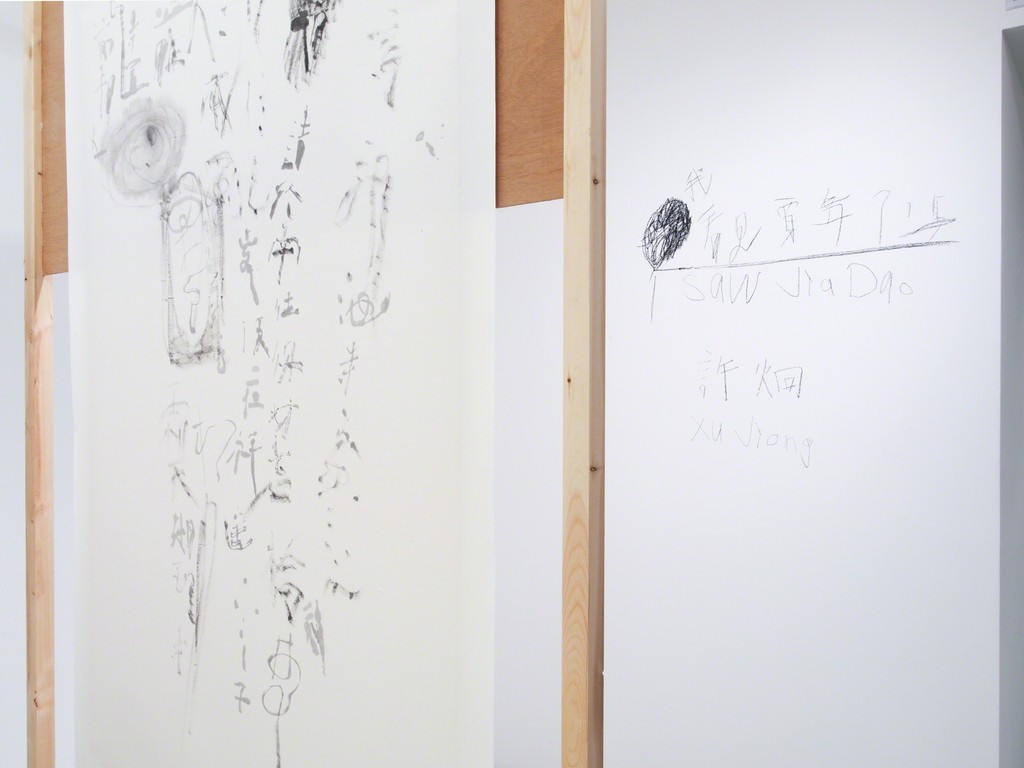 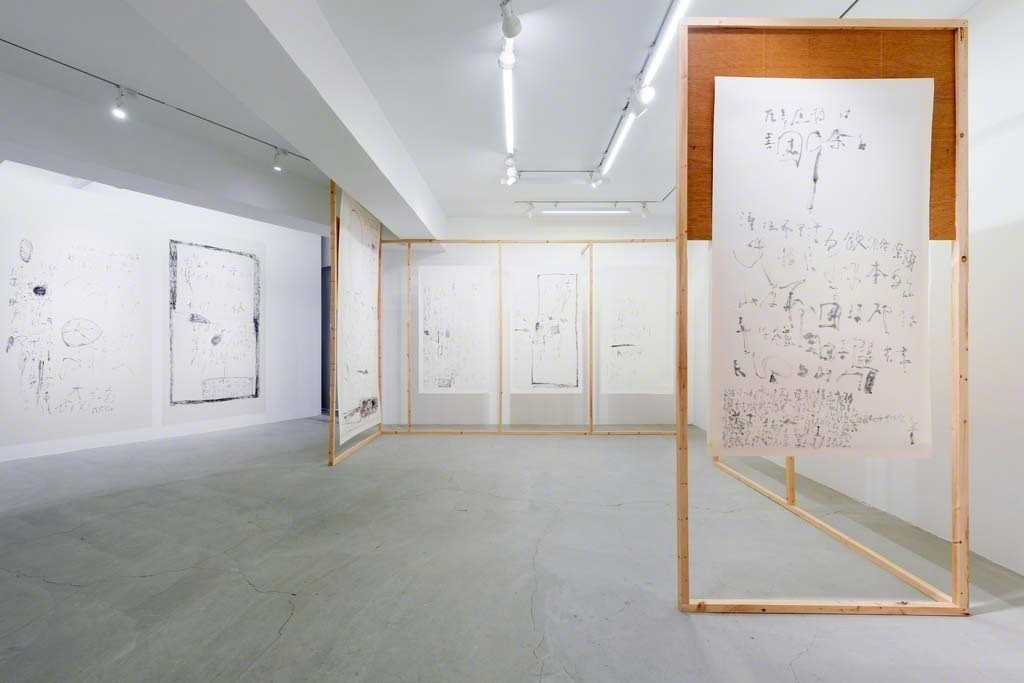 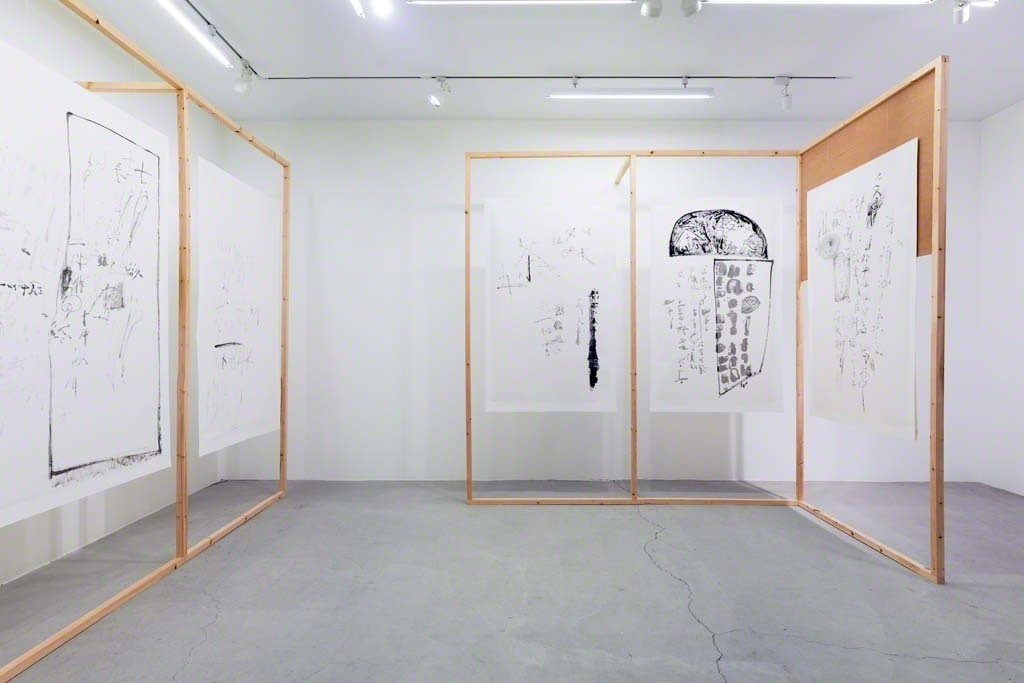 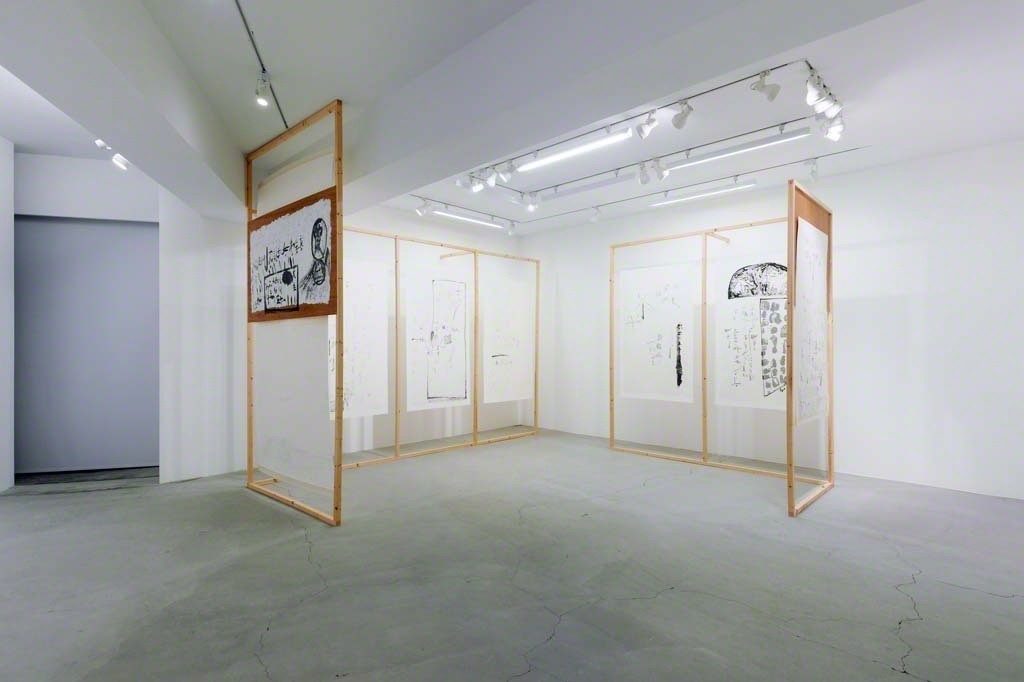 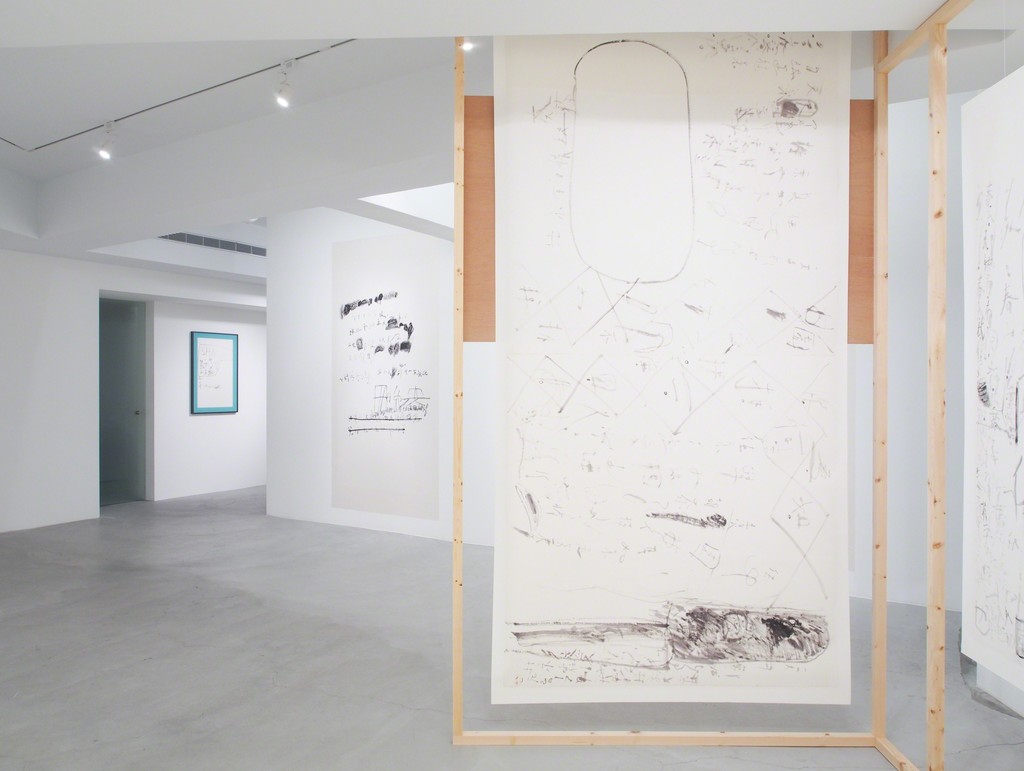 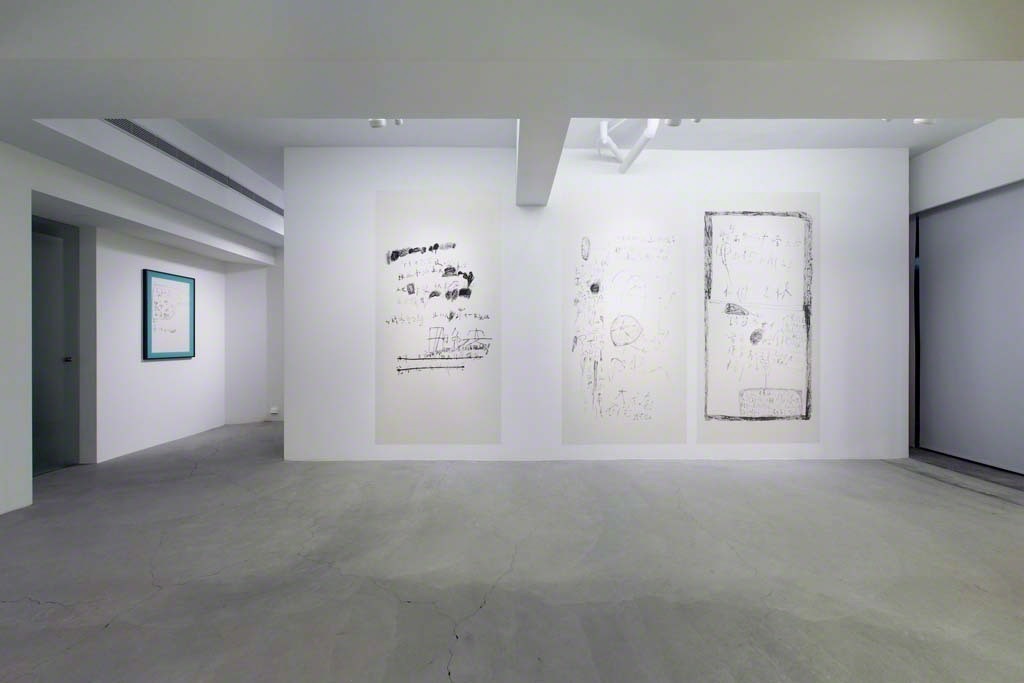 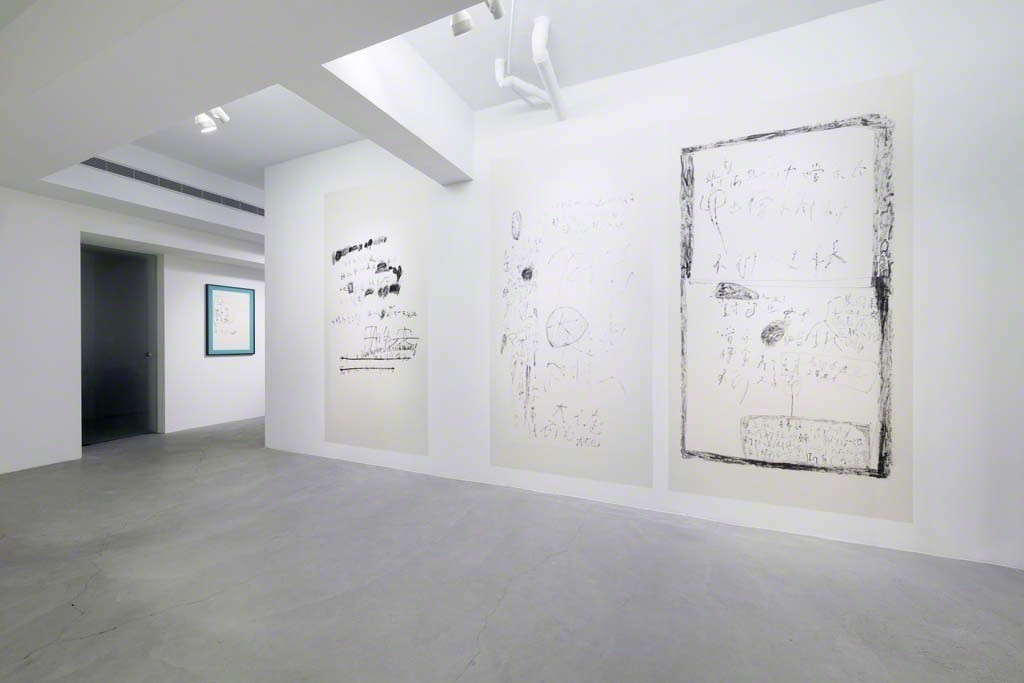 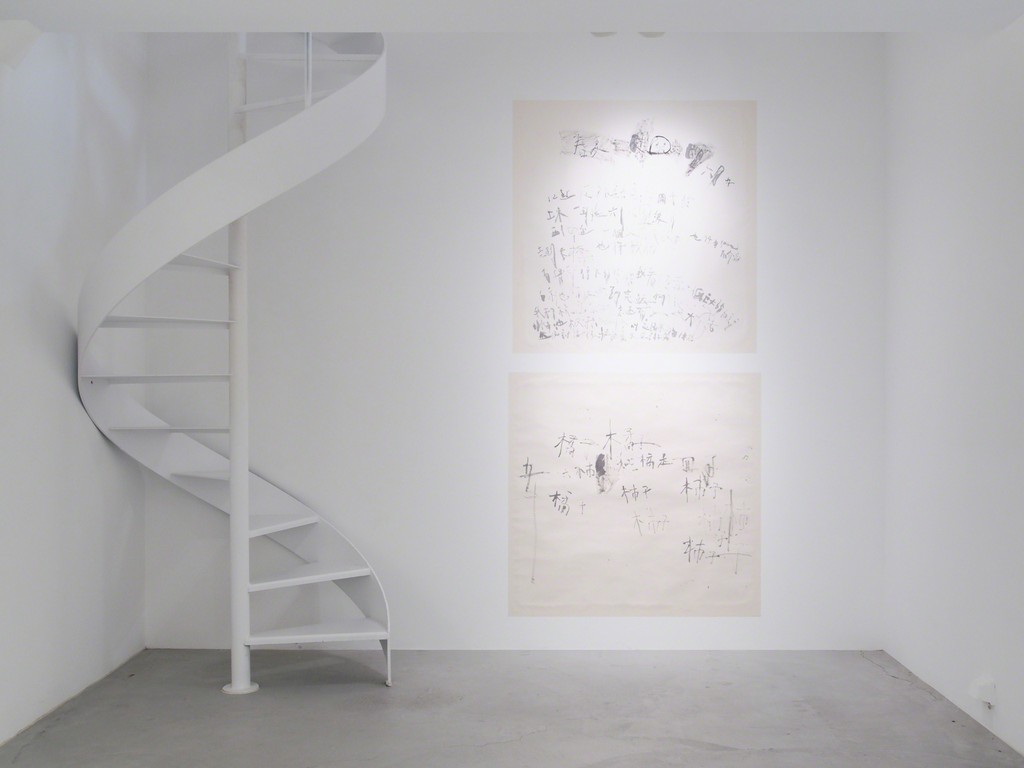 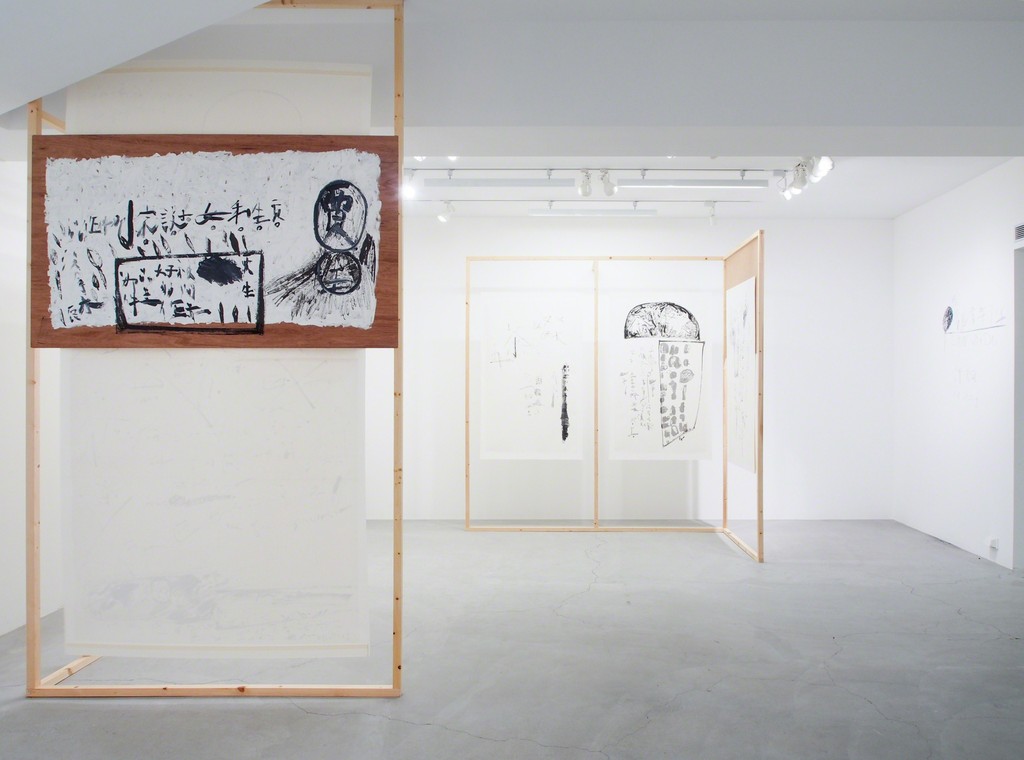 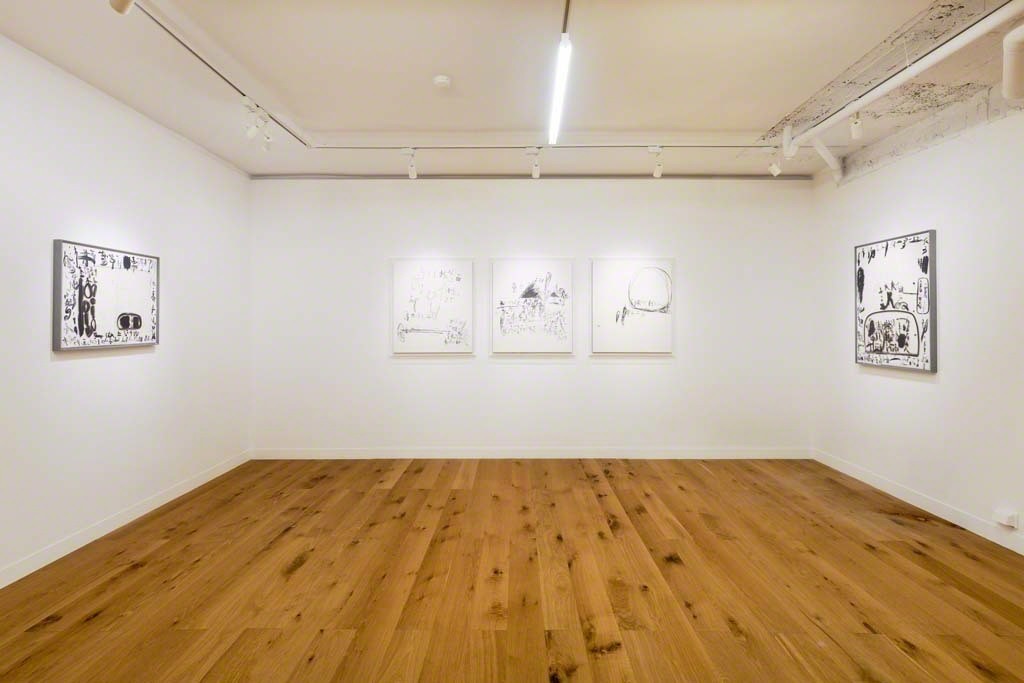 aura gallery taipei is proud to present the solo exhibition of Xu Jiong “I Saw JiaDao”. This is
the second time the emerging Chinese artist showing with the gallery.

The work of Xu Jiong (born in 1983 in HanZhou, China, now works in Beijing) is largely defined as calligraphy – the artist graduated from calligraphy major in China Academy of Art and draws with Chinese ink and brush. But Xu soon arrived a different level in 2012 after making a series of increasingly abstract and gestural works with unorthodox implements, beginning with coherent lines varying with the sense of graffiti and contemporary paintings. Following the initial experiment, Xu channeled his energy back into the content and structure as he began to develop a new, painterly style to match his newly formulated cosmology. Juxtaposing his own poems with ancient literature, Xu’s works from 2016 divulge the new engagement with reshaping the conception of Chinese essence.

Considered all together, Xu’s works reject the use of traditional calligraphy and replace with a more direct relationship between artist and visual and contextual materials that overtly emphasizes the independence of the media. For Xu, this rebellion is equally to the struggle for individuality and creative freedom in the country. Although the results were not made in literal embodiment of emancipation, there is a hedonistic aspect to the destruction enacted. Indulging in pleasure of beauty is a tacit acknowledgement of one’s humanity and an attempt to recognize one’s true self.

In “I Saw JiaDao”, Xu will present his latest duals and triptychs. He painted his own poems concatenating with JiaDao’s, who is Buddhist monk but gave up monk’s life in his thirties. Xu reflects himself to the legendary poets as his is eager for both purity and mundanity. Another body of work will be shown for the first time: ”Untitled” series were shuffled back his early works violently to rebuild the liberation.