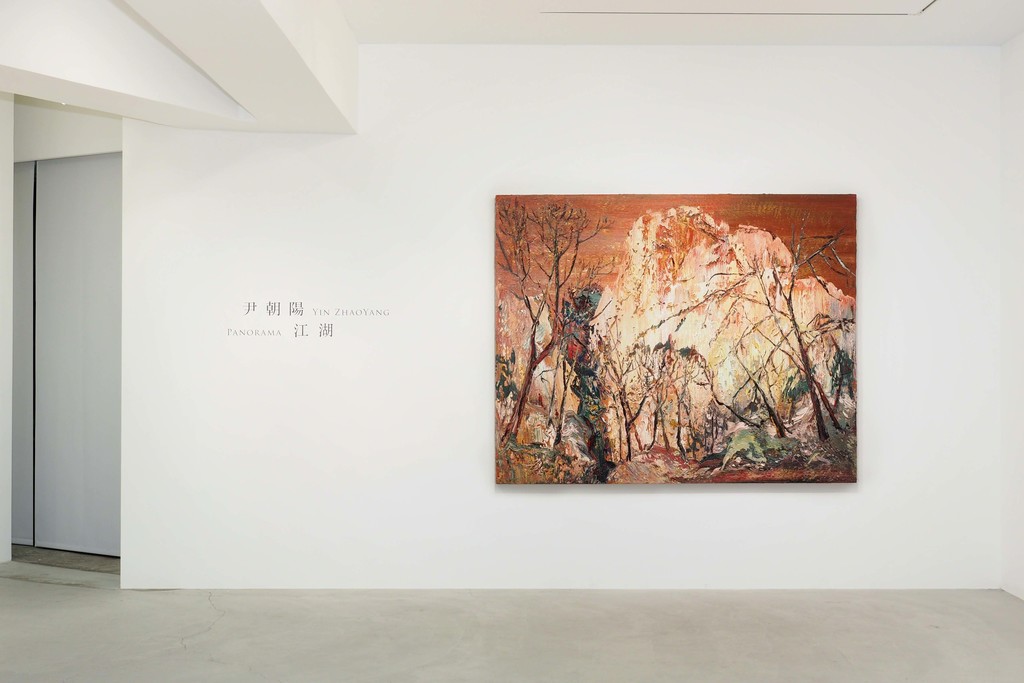 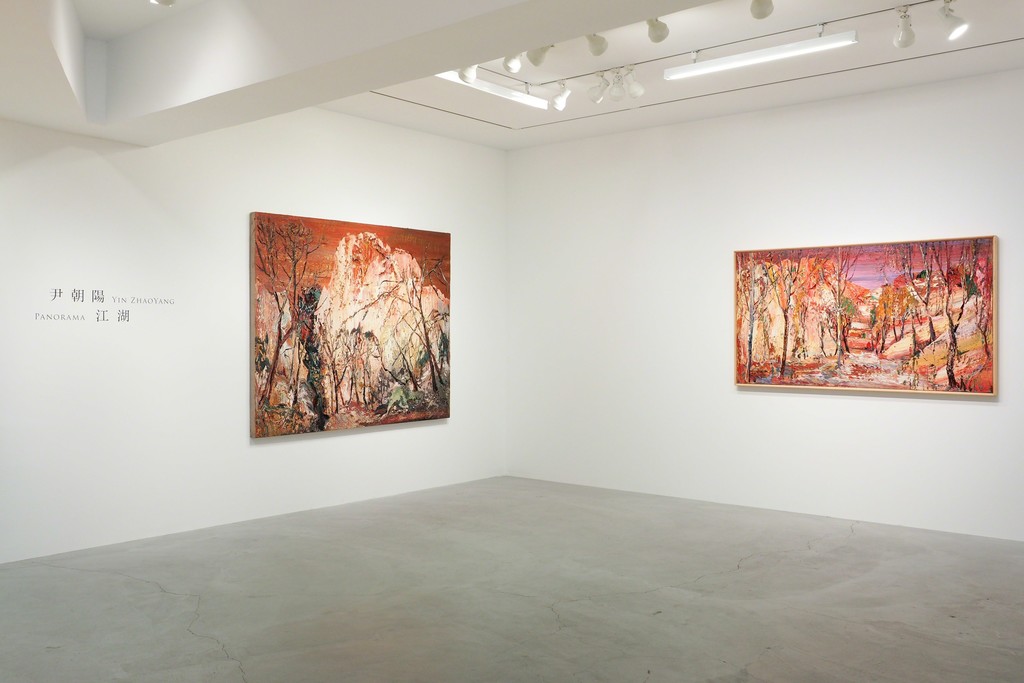 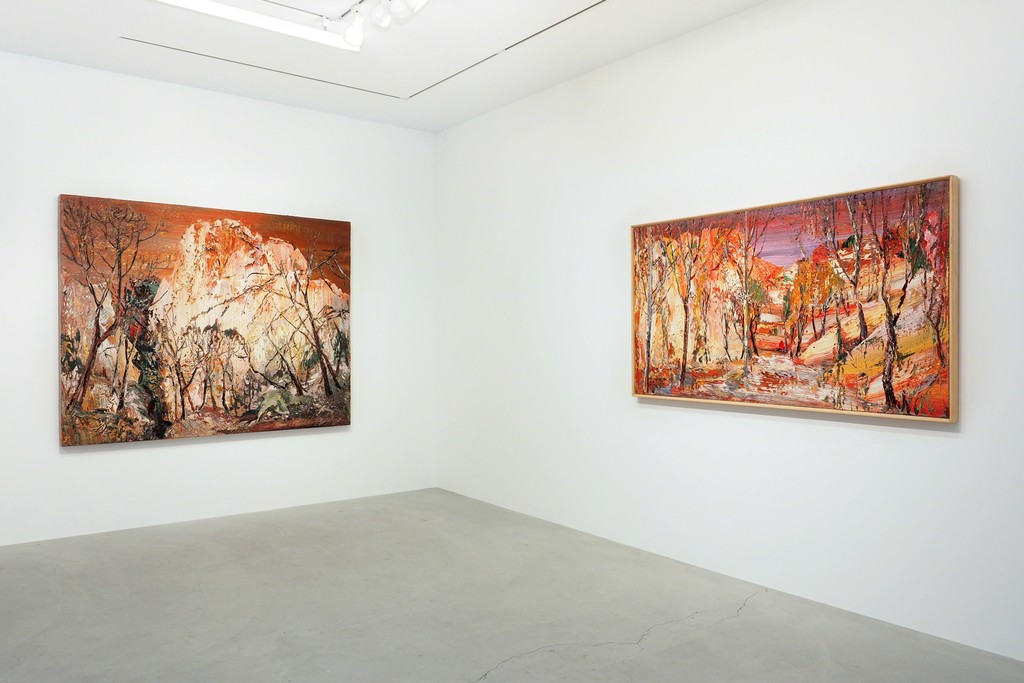 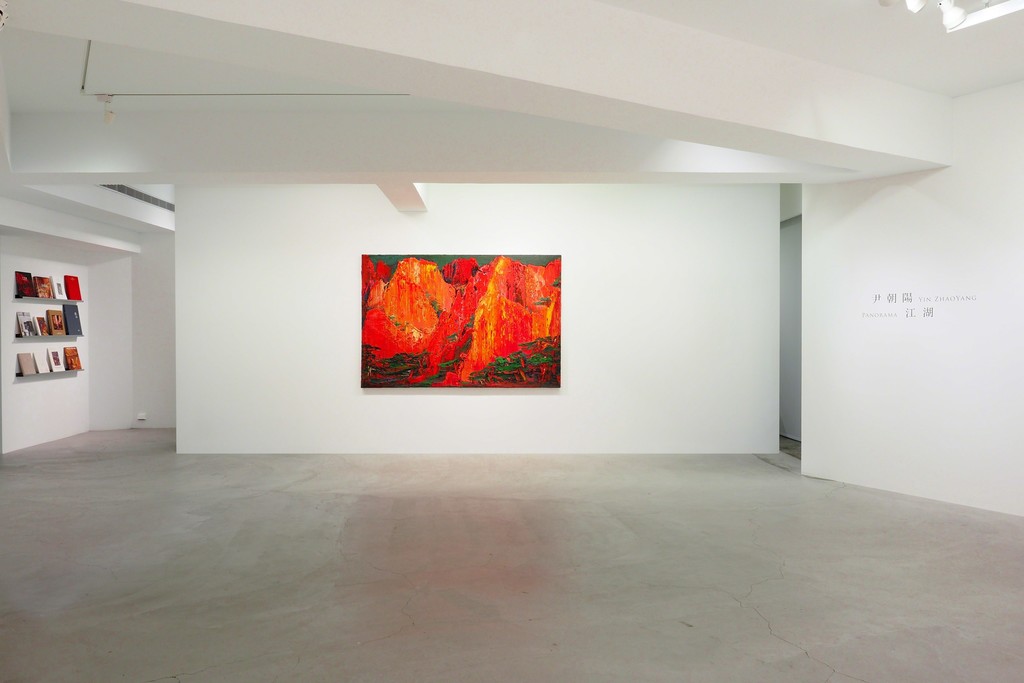 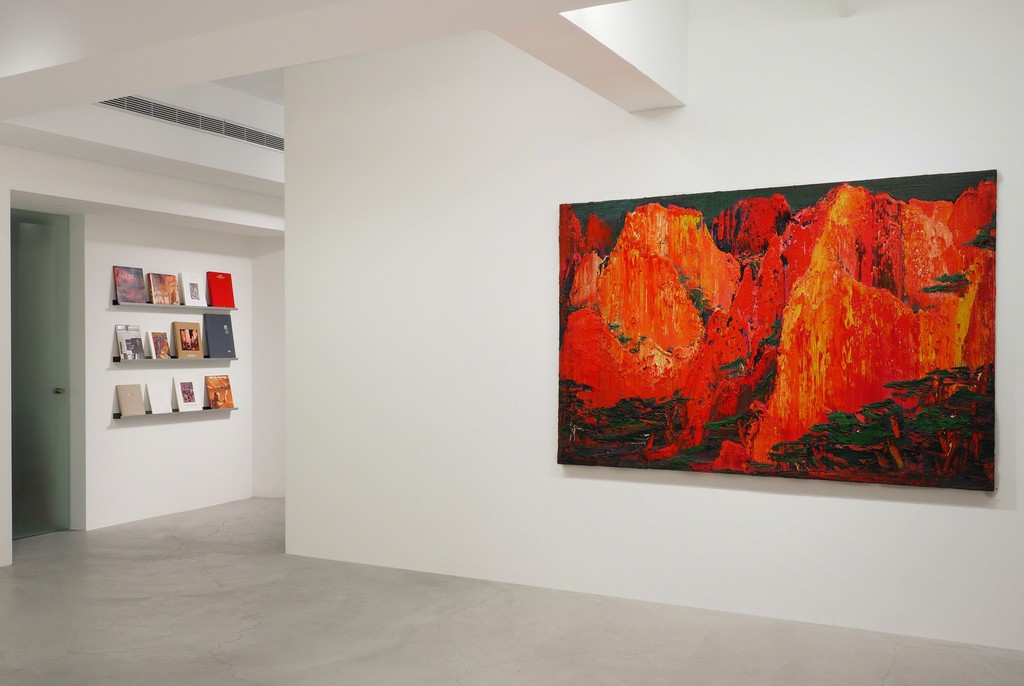 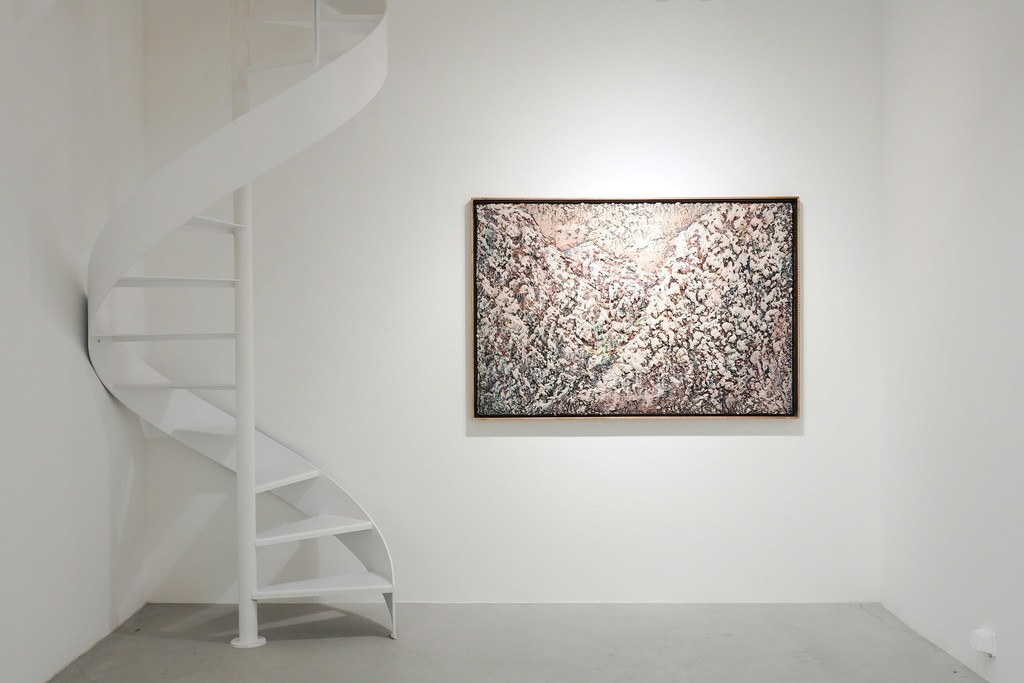 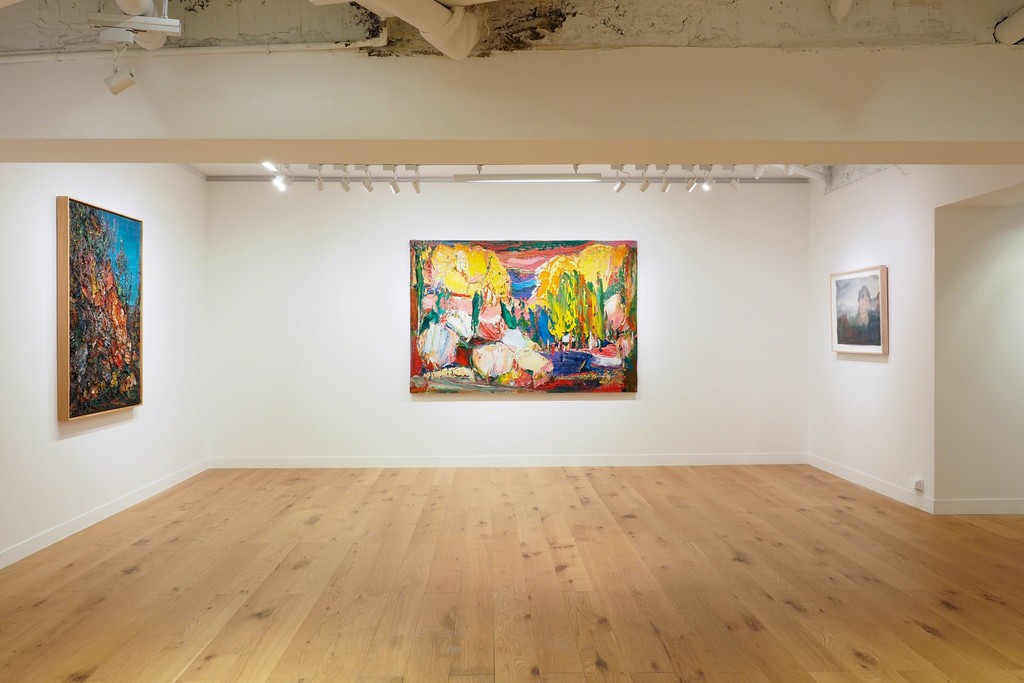 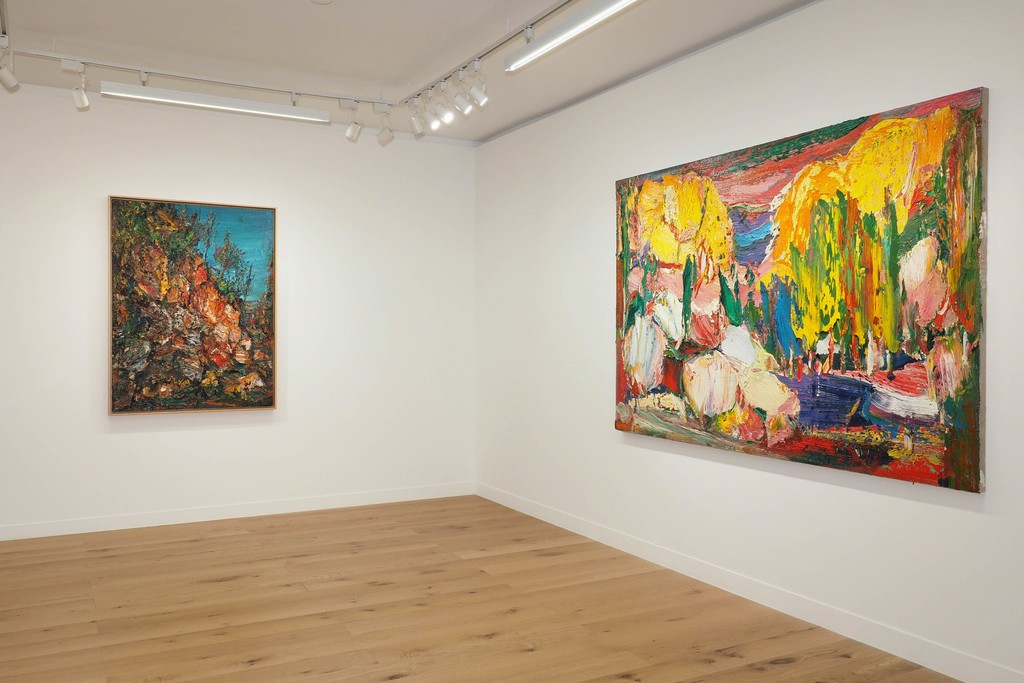 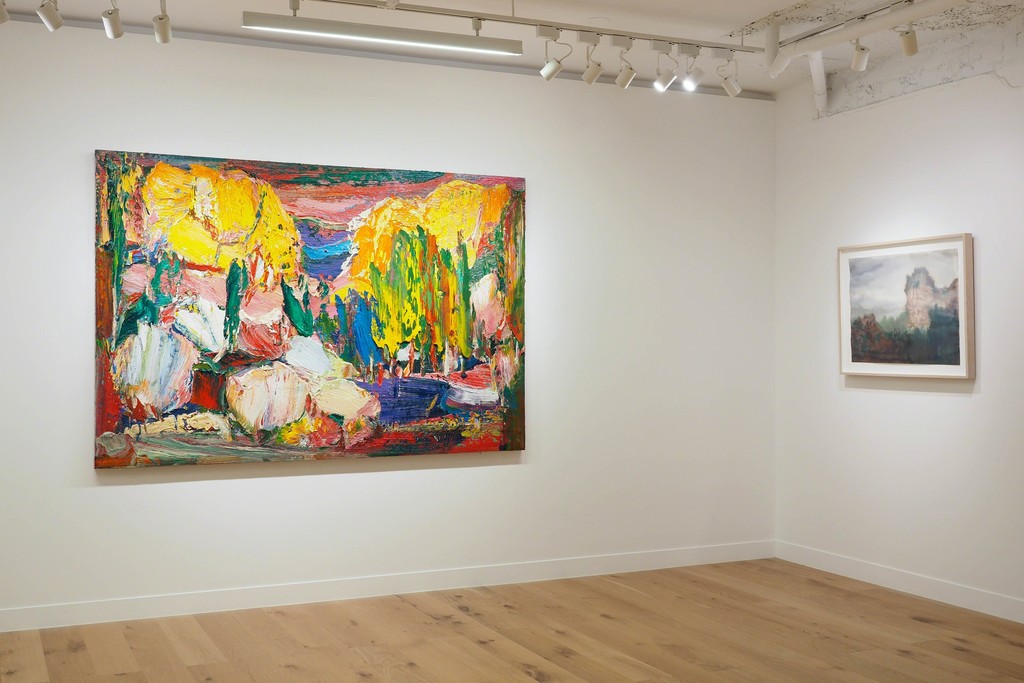 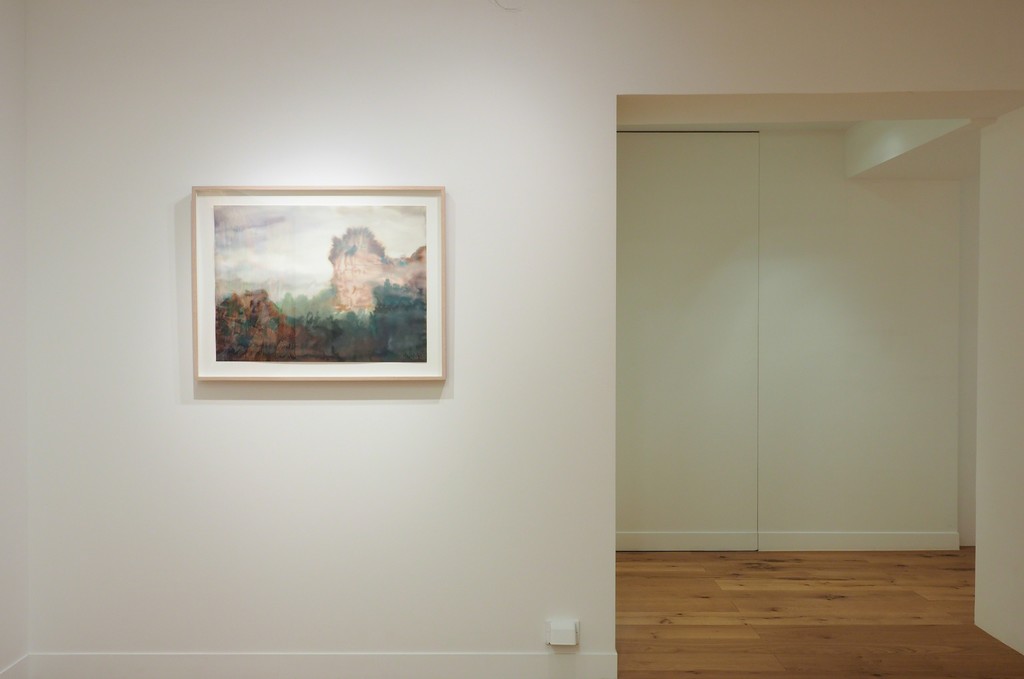 aura gallery is pleased to present for the first time at Taipei space an exhibition of Yin ZhaoYang, and this is Yin’s sixth solo exhibition with the gallery. Panorama will present latest paintings of the influential artist as well as a selection of extraordinary works from 2013.

The figures in Yin ZhaoYang’s landscapes paintings appear to be caught in the middle of some narrative, and yet the viewer is ignorant of the circumstances and even the identities. These distant figures are glimpsed as passing travellers that imply we are unseen viewers, watching from afar. We have been plunged into the deep end of a world of ShanShui, of the memories about art history. We too are in the landscapes here, unable to tell quite what is happening or where we are. The scale of these landscapes insists upon our feeling absorbed by the mountains and forests; meanwhile, the heavily worked paint surface demonstrates Yin's own fascination with the very act of painting, which relates us with the classical landscape theme and arises our afresh survey of paintings.

Landscapes, or ShanShui in Chinese, are the structure we have known, through which we have wandered, even perhaps in our expectation of arts. It is this realm of experience that is crucial. However, the paintings come out is more a way of trying to depict an image that is not about a reality we have known, but one that is somehow in between the artist’s thinking and the actuality of a scene. Yin often uses heightened colours to create a sense of the experience or mood or feeling of being there, but it's not an illusory process; his paintings always refer back to a reality that we all have experience of: we have all seen incredible mountains smokes, we've all experienced the sensation of light dropping from pine leaves. Yin depicts the resonances deeply rooted in Chinese culture and amplifies them through the materiality of paint and the activity of paintings.

From a macro point of view, Yin’s landscape paintings contain the nostalgia for the essence of a country and paintings in mind. They evoke the sense and reflection of national and art history. His collection of Chinese Arts has been taken as inspirational and technical correspondence to his oeuvre, in which he manages to instil a sense of history in his viewers. The instilling are almost about memory, but this sense of memory is evoked not only through his use of ShanShui, but also through the actual creation of the composition and painterly texture, especially the add of an almost abstract element to firmly ground in the metaphor. These abundant jagged painterly quality brings our attention to the act of painting, to the surface of the work, to the fact that it is a two-dimensional surface packed with colours that have come almost incidentally to represent a fact that the coexistence of macro and micro, the reality and the artist’s mind.

People might say that Yin’s paintings remind them of particular scenes from films or certain passages from books, but it's a different thing altogether. There is something more primal, more sublime about paintings. But the interesting thing is, the basic about them is inevitably to being achieved with the materiality of paintings. They are totally non-linguistic and there is no textual support. This is the very mission for a painter: to create something that is difficult to put into words.