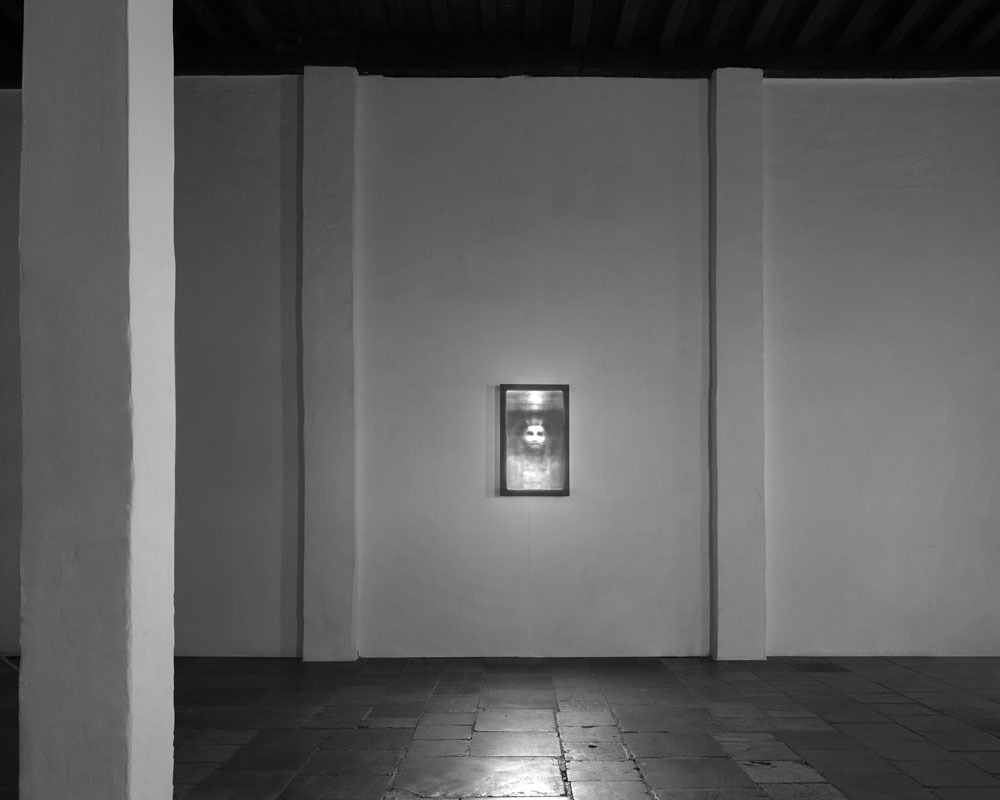 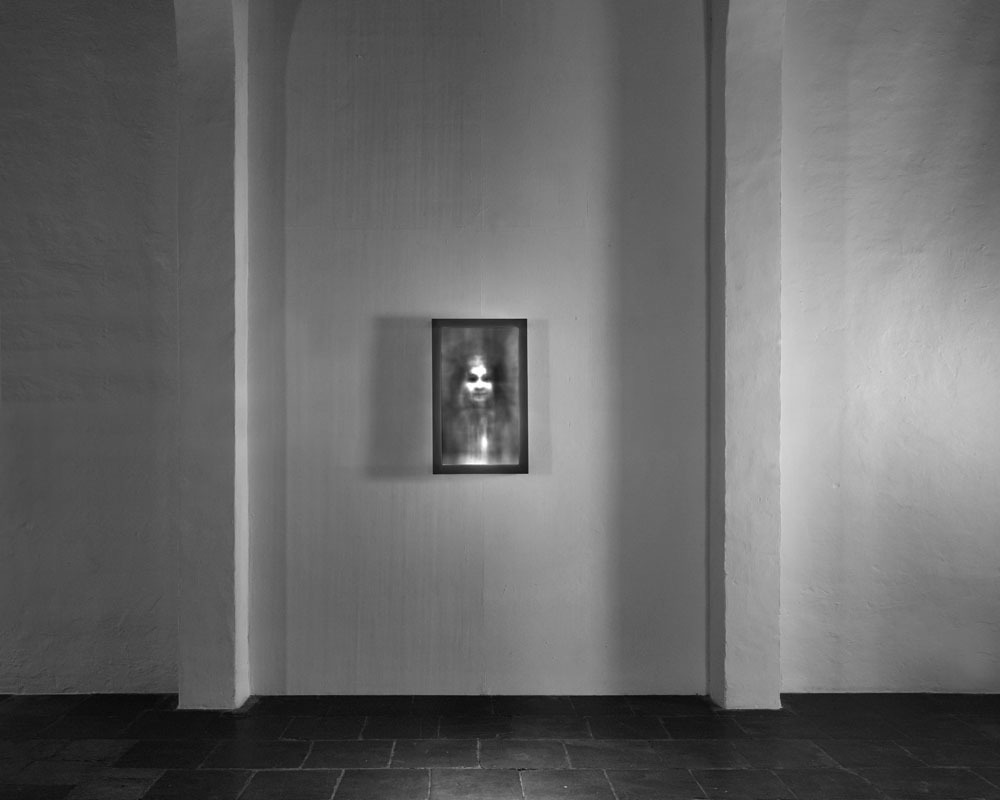 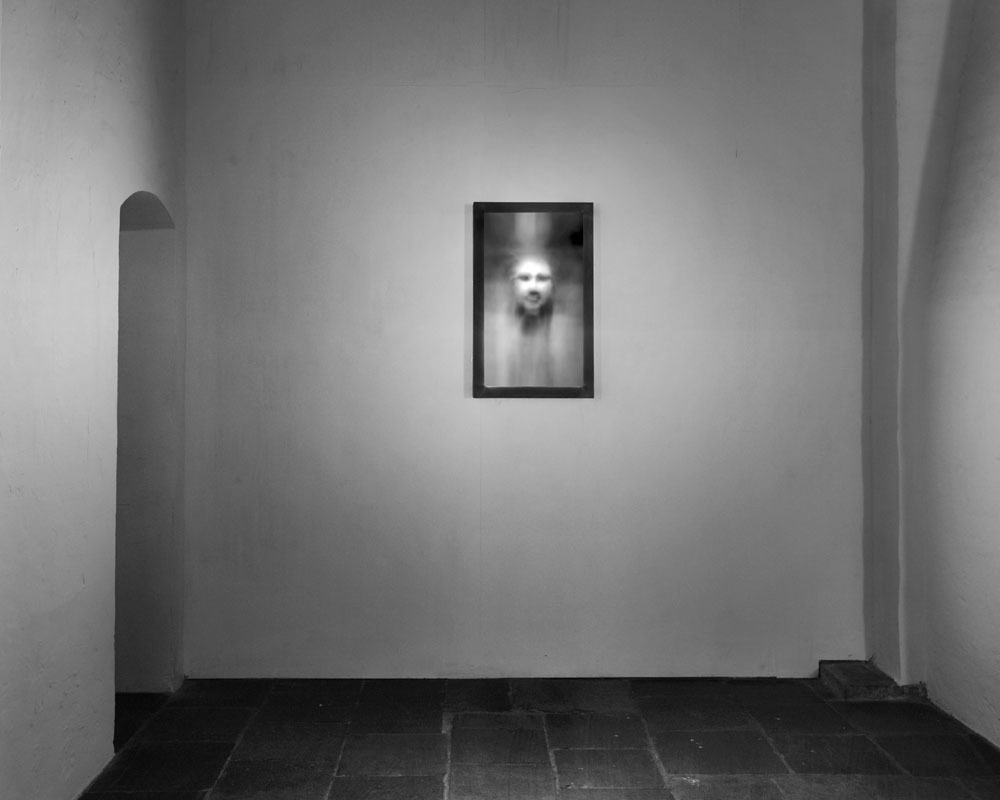 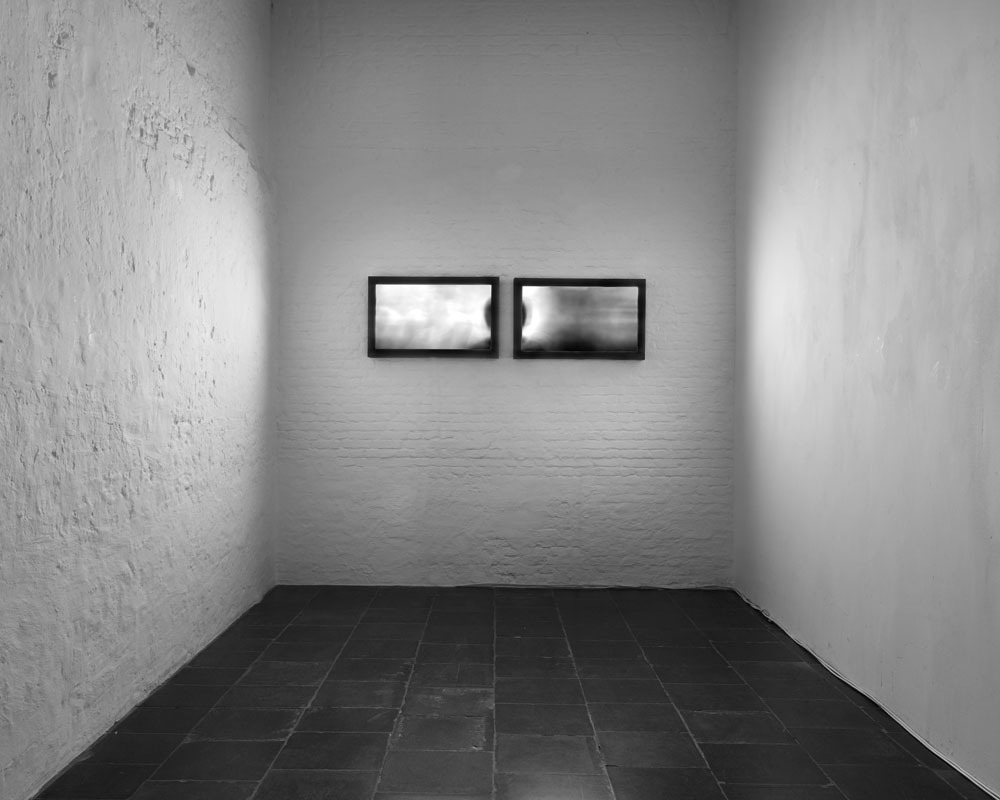 Kurt Ralske is a Manhattan-based artist who uses digital distortions to question the inner foundations of our process of visual perception and historical memory. In an interview on the occasion of ‘Rediscovering German Futurist Cinema’ – a live audio-visual performance and lecture/demonstration at Roulette’s Manhattan location in 2011 – he dwelled on the inspiration behind his project, references that shed light on the artworks currently at view in Axel Vervoordt Gallery. The first one is the core idea in Henri Bergson’s Matter and Memory (1896): we can only be truly present if we descend into the past. The second one stems from Walter Benjamin’s unfinished Arcades Project (1927-40): “It is not that the past casts its light on the present, or the present casts its light on the past: rather an image is that in which the Then and the Now come into a constellation like a flash of lightning.”

Ralske’s fluid black-and-white video works have a muted lightning-like allure and the crooked path he took also resembles the natural phenomenon. From the 1980s until the new millennium he had a career in music. He played guitar with musicians of 1980s New York’s vibrant free jazz and No Wave scenes, before he started Ultra Vivid Scene in 1987, an alternative rock band that released three albums and toured in the US, the UK and in Europe. Later he composed film scores and worked as a record producer. Afterwards, his focus shifted towards audio-visual performance and art in general, an evolution that has its roots in his desire to improvise. As a musician he began using computers to see if they could simplify things. He developed some methods to work with audio files and discovered that you could apply them to any type of data.

Ever since he explored the possibilities of the (moving) image with self-written software. In the past he made video art by analysing, decomposing and recomposing film classics as Yasujirô Ozu's Tokyo Story (1953), Stanley Kubrick’s 2001: A Space Odyssey (1968) and James Cameron’s Avatar (2009) and in recent years he has taken an interest in the human face. In order to create the haunting works in the darkened, temple-like exhibition space – Faceness 01 Egypt-New York, Faceness 02 Egypt-London and Faceness 03 Egypt-Paris, all from 2015 – he shot raw source video images in three of the largest ancient Egyptian collections in the world: the Metropolitan Museum in New York, the British Museum in London and the Louvre in Paris. Next he programmed his computer to scan through hours of video, looking for the faces. Ralske combined thousands of them together, 120,000 for each second, forming never-before-seen hybrids, new chimeras unrelated to the original images.

The faces morph endlessly, in a seamless flow. They transform from old to young, female to male, regal to common, ancient to seemingly-contemporary. Each of us locates our individuality in our face. Yet, all faces are alike in their essential proportions. It is that “faceness” that connects us to the experience of being human, unbounded by time and difference. For Ralske, the face-as-information is an opportunity for inquiry into the nature of the individual and the collective. The Faceness works offer a constant shifting between the specific and the universal, the temporal and the eternal.

The two-channel video work The NonFace (2015) in the adjacent gallery space is a remnant and complement of them. It is an amalgam of image data that bordered on the areas detected by the computer. As the title suggest, it is the absence of “faceness”, a void that is represented by an empty space between the two screens, not coincidentally the average width of a human head. Visitors can plunge head-first into this void, take a look in this mirror of history and humanity and feel the hints of “faceness” of innumerable sculptures brim around them.

Kurt Ralske has done live video performances in several institutions including Guggenheim Bilbao, Museum of Contemporary Art in Los Angeles (MOCA), Museum of the Moving Image in New York, Musée des Beaux-Arts de Montréal, Haus der Kulturen der Welt in Berlin, and Malmö Konsthall. In 2012, the artist held a solo exhibition at Paul Young Projects in Los Angeles, and in 2015 his work was included in the group exhibition PROPORTIO at Palazzo Fortuny, Venice.